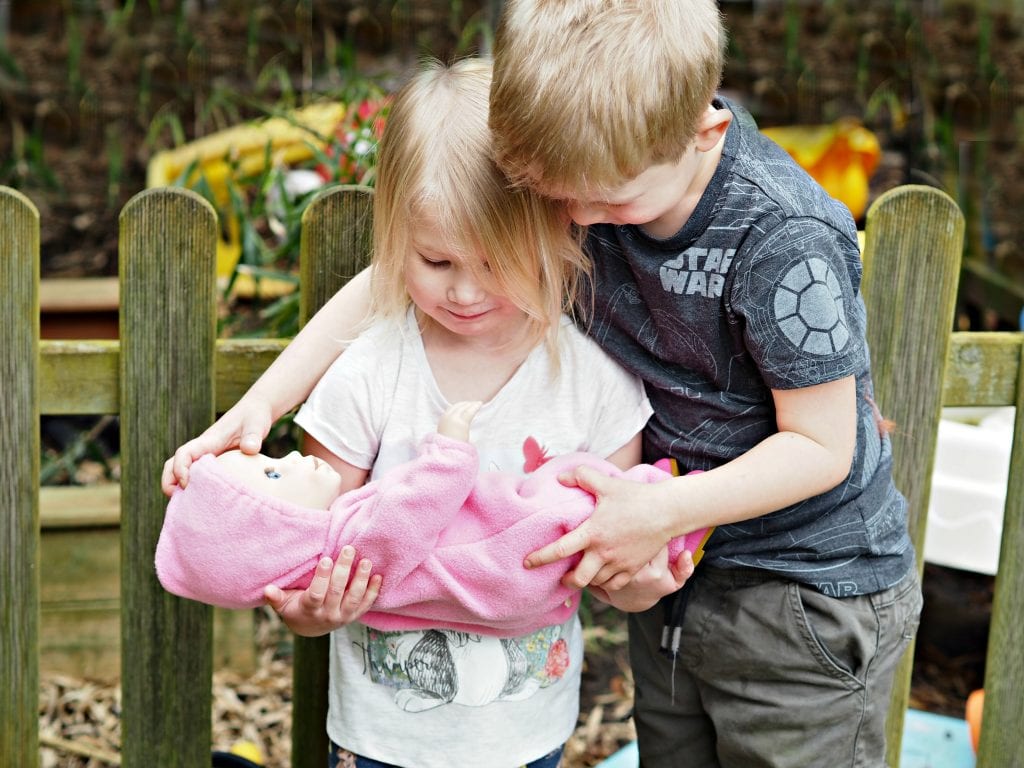 Pregnancy and Fear of Three

We are well and truly on countdown for baby number 3 in this house. It’s a really exciting time and my children are of an age where they understand what is happening and are very much excited about meeting their new brother.

It’s a funny thing, as baby is very much wanted, but we had tried for quite a while to have him and as the time passed I kind of gave up on it happening and decided to make peace with that and be grateful for the two children I already had.

So it came as a surprise really at the end of last year, just weeks after moving house to discover I was expecting. It took me a while to get my head around it, that it had actually happened. It wasn’t that I didn’t know I was pregnant and wasn’t experiencing plenty of pregnancy symptoms, it just took quite a while to sink in. At my 28 week consultant appointment and scan, it really hit me that I was going to be having a baby quite soon and at that time we hadn’t really done much to prepare for his arrival. Cue a big decorating (read nesting) drive began in our home.

Since then I have really began to think about exactly what having three children will entail. I know how hard babies can be and the impact the sleepless nights have on you. How tricky breastfeeding can be sometimes, let alone time consuming, and just how long it takes to recover from a c-section. And every now and then, as much as I am look forward to our little boy’s arrival I get scared. How exactly am I going to manage this?

This is the first time I will have to do the school run with a baby for example, before it didn’t matter if I was still in my pyjamas at midday, as long I kept the children well and alive. I will have after school activities, homework and the demands of two older children to juggle as well as that of a newborn who is entirely dependent on me.

My husband is a great Dad and very hands on, I know he will come straight in and help me as much as he can, but he is in a much more demanding job than he was when I had my other two children. I would say on average with travel and evening calls to the US, (excluding the weekends he is on call) he works a 60+ hour week.

I know that the first few weeks in particular are going to be really crazy and if I’m honest it makes me scared. Mum guilt is such an overwhelming thing and I sit there and think there are days when the two I have are a handful, how am I going to cope with another added into the mix?

I’m 4 years older now than the last time I became a mother and the big 4-0 isn’t too far off on the horizon. I know that the sleepless nights will be harder, just as the pregnancy has definitely been harder this time around. I also plan to keep my blog running throughout it all, it’s my business, but it is also a labour of love and if I pause I don’t want to loose the readership or opportunities that I have worked over several years to grow. So not only will I have three children to manage, but a business too, even if I reduce the work load which I know I will have to do to a certain extent.

In some places you read that the transition from 2 to 3 children is easier than 1 to 2, then other people say the opposite. I guess the only way to truly know is to live through it.

Thinking on a more positive vein, I know that baby 3 will just have to slot into out routines, and I will simply have to plan feeds and naps around school runs and activities where I can. In September Aria will start school, which is really crazy to think, but I think from then things will get easier and we should hopefully get into a better routine and I will just two school runs instead of four to manage too.

A friend said to me when baby arrives everything will slot into place and you will cope, the love will be overwhelming and you will just transition. I know she’s right, but I can’t help the odd wobbles.

Have you felt the same during pregnancy? Tell me, parents of 3 will it be ok? Any advice you can share?

1 thought on “Pregnancy and Fear of Three”