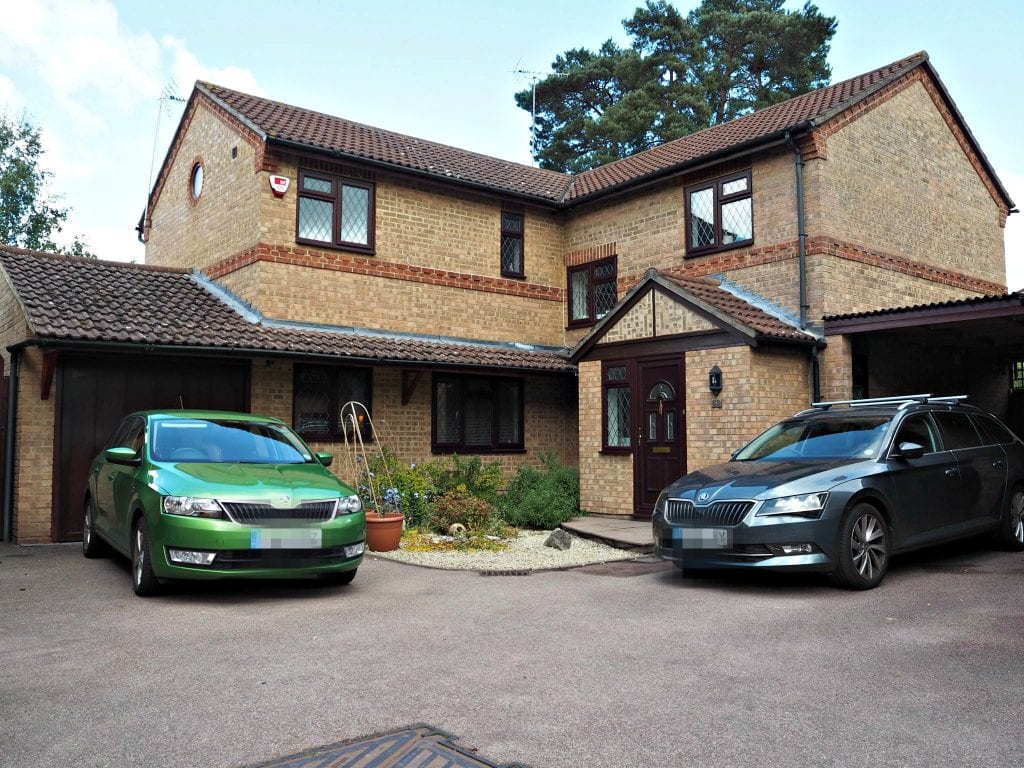 We’ve Moved – An Update on How It All Went

It probably can’t have escaped your notice that we have now moved house. Just over three weeks ago in fact – it has gone so fast! The time leading up to it was so stressful, we were very nervous about the chain and had more than one exchange day suggested only for it to be delayed again. On the day we eventually exchanged, we had tried to exchange the day before only for it not to happen. Then it finally happened and it kind of felt surreal.

After which it became time for booking removal companies. setting up redirects, moving over insurance policies and of course… packing! We had just over two weeks from exchange to completion, and I kept thinking how on earth are we going to get everything packed in time? I was also concerned after our tumultuous chain that something would go wrong on completion – a problem with funds or just something and everything could still collapse. It didn’t and actually went remarkably smoothly on the day.

After some debate over budgets, we decided to pay for the removal company to pack the house for us. With a few exceptions. I wanted to pack our bedroom myself as well as some of the children’s important items I didn’t want to lose like their comfort teddies. The removal company wouldn’t unload or pack the loft contents either – which if I am honest was really full. We also had some things to get rid of we no longer needed in our new house – our bed (we had budgeted for a new one), dishwasher (they had an inbuilt one), conservatory furniture (we no longer had one in our new house).

The first weekend before moving, my husband and I moved Aria into Logan’s room and then unloaded the contents of the loft into her room. Looking at what needed sorting, what needed to go on freecycle or ultimately to the dump. That in itself took a lot of time and continued throughout the week. Which was even busier as my husband went to the States for a week with work, leaving the children and me at home. On his return, I picked him up from the airport and we drove to the Midlands for a wedding. Which left us one weekend left for packing and sorting, so the packers were pretty much essential in the end.

The day before moving, the packers came in. My husband took the moving week off work, so we decided that I would take the children out for the day and keep them out of the way and he would stay in with the packers. I am actually amazed at how quickly with only 3 of them they got everything packed up and they were gone before 5.

On the day of moving, I woke up at about 5 o’clock and there was just no way I was going to be able to go back to sleep. My head was a whirl with everything. Our furniture was meant to be pre-loaded into the van the day before as we had quite a lot of stuff! But they had had some people call in sick, which meant they were in early on moving day and despite us filling two lorries and a van the house was empty by 1 o’clock and we were ready to go. By 5 pm the vans were unloaded and we had moved into our house.

Moving day was also back to school day, so amongst all of this, I also had to get both children to their respective school and pre-school. A friend kindly took Aria home for me, but I had to pick up Logan from school and then take him to a friend’s for dinner. He literally went to school from one house and came home to another.

I knew moving would be exhausting but I had underestimated how much so. On the day of moving, I did over 21,000 steps which given other than two school runs I barely left the house(s) you can see how intense it was.

What I didn’t expect was how emotional I would feel when I left our old house. I mentioned in my last post that it was the house I got married in, the house I had both of my children in, but I was so, so emotional when I did one final sweep of the house. I literally had tears running down my face as I walked out of that house for one last time. The emotions really took me by surprise.

The children have settled much quicker than I expected, I think as soon as their rooms were unpacked they could see that it in some ways things were still the same, and the much bigger garden has been a real hit. We also bought them a moving house gift of a trampoline for the garden – something we couldn’t fit into our last house – and they have had great fun on it already.

We’ve had a few problems with the house, the biggest one being with the electrics which look like they might be quite expensive to fix. They are not essential as it is the electrics to the cabin in the garden, but we were told it has power and the previous owners had a working gym set up there, but when we moved in the power to it had been severed. We’re still investigating, but cost wise we are holding off for now. It’s frustrating as we paid for a home buyer’s survey and there is no reference to it at all in there (we have double checked)

Other than that, we are really loving our house. The space is fantastic I feel like we have space to breathe as a family as we had very much outgrown our last place. The garden is great and we have lots of space to play. Yes, pretty much every room except the kitchen needs redecorating, but it is in a pretty reasonable state and we will just have to redecorate each room slowly as time and money permits.

What I can say is I am very much looking forward to decorating it for Christmas!