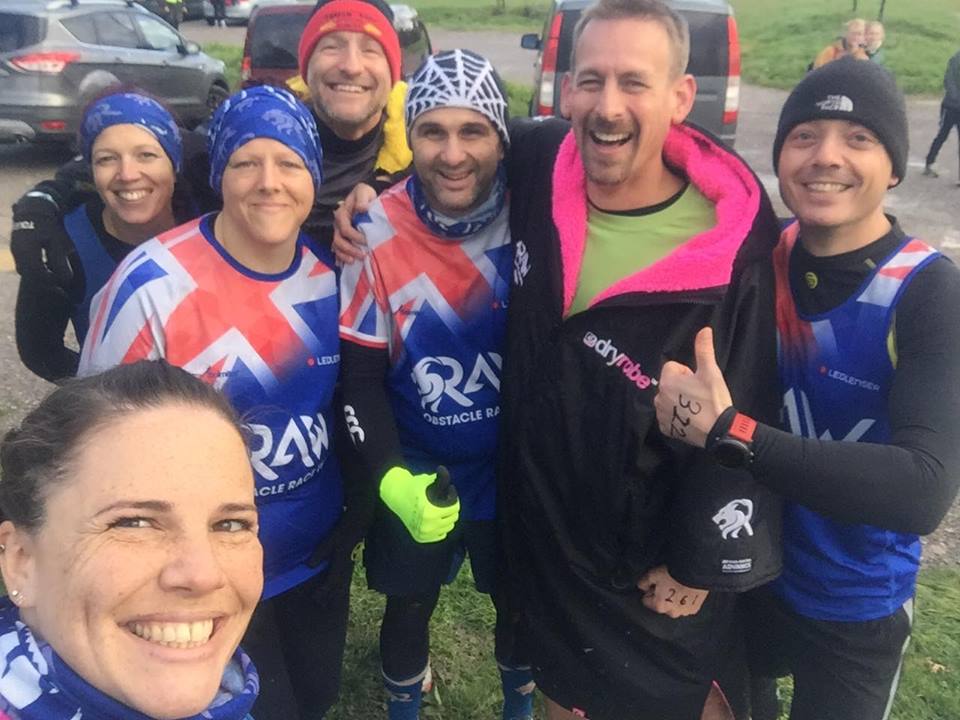 It’s unusual for me to race twice in two weeks but that’s exactly what I’ve done this week and I’m glad I did. I signed up for the Commando Series in February after hearing a lot of good things about it. When it fell the week ahead of my ‘home’ race, Muscle Acre, I figured I’d just see how it all went. It’s been interesting in that I’ve raced on consecutive weekends and both races have been heavily influenced by the Royal Marines. The differences could not be more stark though. Muscle Acre provides a typical ‘Obstacle Race’ experience with competitive waves, chip timing and qualification for European and UK championships and the Commando Series is, well, different.

The Commando Series takes place at Hever Castle in Kent which was about an hour away from me. Just the drive there was enjoyable with some of the scenery that really makes the home counties a special place to live. The castle itself is well preserved and picturesque with a large woodland surround to race in. Car parking was easy and well managed and registration straightforward. I’d thought that to compete we had to wear the olive green T-shirt provided and so did not bring my usual Raw team colours. As it happened this was not compulsory and so I looked the odd man out with the people I ran with.

The festivities started with a warm-up with lots of press ups and crawling around. From the word go it was a very military style experience but the ‘beasting’ stayed just the right side of fun at all times. Some people had chosen to pay extra and run with a fake rifle and military style webbing but I chose not to do this. Another option when booking was the level of beasting found around the course. This was denoted by a coloured wristband. My teammates and I chose ‘just get me round’ which was, essentially, being left to our own devices. There was also an option to ‘treat me like a commando’ which meant being given extra punishment like press ups at each obstacle as well as being forced to take the hard route where applicable. Both options looked like fun but I’ll be honest, I was tired and I’m glad I did no more press-ups than I had to.

I had a great time out on the course, it wasn’t overburdened with obstacles but what was there was good. All of the obstacles followed a common theme of giving the runner a commando-like experience whether that be by the obstacle itself or the inclusion of smoke and piped in gunfire. Most of all there was lots and lots of water. I love water, swimming in it, surfing in it, running in it, whatever and there were lots to play in on the Commando Series. Water obstacles ranged from the simple – fording a small pond, running up a river – to the inventive – pulling boats across a river using rope, splashing across the river over inflatables – and it all worked well. The most daunting water obstacle came near the end and was called ‘the sheep dip’, essentially it was an underwater tunnel that a marshal would throw you through. A lot of people weren’t keen on this and I would have found it claustrophobic had it not had the water aspect. Personally, I love a water obstacle just near the end as it gets my kit nice and clean.

It did not seem long before we were finishing up the 6km lap and coming round for a second go round the course. Unfortunately, we did not make it all the way around as one of the team got injured on a slide obstacle and we made the call to walk back to the event village. We’d run the race as a team and the right thing to do was leave the race as a team. Getting back was easy with good direction from the marshals and once we were back it was simple to engage with the medical teams. I’ve never had cause to deal with the medical people before so I can’t compare this to other events, but it was an easy process here. As we’d done a lap already we received our dog tag medals.

I enjoyed the Commando Series a lot but there were some things that I liked a little less. This is a small event and I would imagine the venue was costly but I found the price of £45 for a 6km lap a little much, to add a second lap cost about another £10. What I would say though is that every obstacle had a marshal on and though there were fewer obstacles than some other races, what was there was really well designed and executed. I also think that the creativity that went into the overall feel of the event was worth mentioning. It was much more a military type experience than obstacle race. Likewise, I was slightly disappointed that the photos were not included in the price. I think I may have been a bit spoiled in this respect as it just happens that a number of events I have done recently have included these in the cost. Even some big events (such as the Wolf run) charge for photos. Much as I have just had a little moan about the cost I would have paid an extra tenner if it had meant getting the photos included.

So would I do this event again? Depends, I loved the water and the creativity but I felt that it would have been nice to have photos included, even if it cost a little more. I also think that any more than a nominal charge for an extra lap is stiff. That being said, a lot of obstacle races are out there trying to be different and this is a very definitely different experience. It’s not your normal monkey bars and trail run on a Sunday and so I’d recommend people check it out for that reason alone.