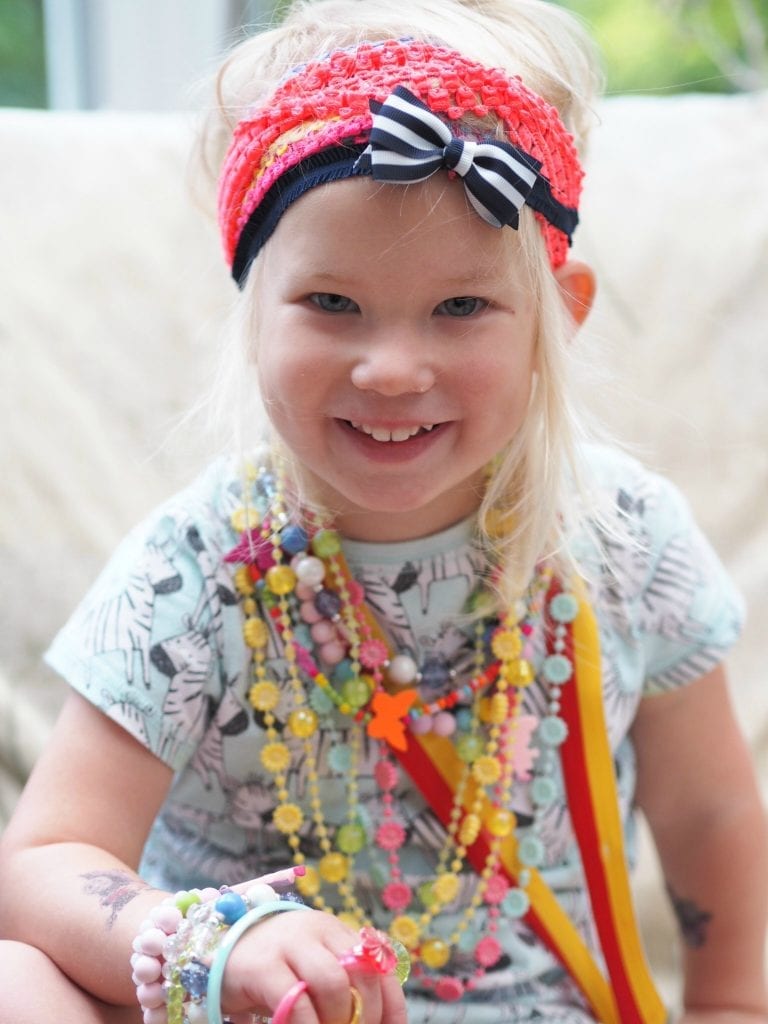 Aria and the Milk Ladder – An Update August 2017

I haven’t written about Aria’s milk allergy for quite a long time. I think it’s because it’s something that we have accepted in our lives really. Something we are all used to working around and adjusting recipes for accordingly. Aria has never really known a world where she can eat dairy and is amazingly accepting of it when I say no you can’t have this it has dairy in and for the most part she’s actually pretty good at knowing what foods she isn’t allowed to eat.

Aria is still medicated for reflux and is on Ranitidine twice daily. We had weaned her off this medication when she was about one year old, but after a terrible time of her crying for 2-3 hours straight every night and consulting a sleep expert we put her back on it when she was two. The difference to her sleep was amazing and we haven’t looked back really.

I have been periodically trying Aria on the milk ladder, but I have to admit I’m a bit rubbish at it. It’s a strange thing feeding your child something that there’s a good chance will make them unwell. We’ve had a couple of holidays where we have been lenient with it and on one of them she spent the night throwing up and I ran out of bed sheets and another she spent the night crying with stomach pains.

Earlier this year, we’ve been adding small bits of milk back in her diet and have been doing quite well. She can eat malted milk biscuits no problem. She’s had a brownie at a restaurant (let’s face it, eating out at a restaurant and not being able to have dessert sucks). She’s had buttercream frosting on a cupcake, so I was starting to feel somewhat confident about how she was doing. Then in June, we went on holiday to France and we decided to see how she would do with croissants for breakfast. She has a croissant pretty much everyday and was fine, no upset stomach at all, which was great news.

So when an accident happened at Aria’s pre-school, I was pretty relaxed about it and genuinely thought Aria might be ok (she was given pure milk on cereal which she hasn’t had since she was about 5 weeks at old). I actually thought maybe this would be us saying goodbye to her milk allergy and maybe the accident was meant to happen. Sadly that wasn’t the case. Within about 3/4 hours she had an accident stomach, by bedtime that night she was refluxing and the next day she had a rash on her chest. Which is what her dietician would call a triple reaction.

A few weeks have passed since this, so when visiting my Grandma’s this weekend and she had a mini Twisters in the freezer for the children. I again thought we should give it a go, it was only a small amount. I was wrong. It took a little longer for a reaction, But within 5 hours Aria was crying of stomach pains and sitting on the toilet.

Poor Aria and of course I was so disappointed for her. I guess on the positive side she seems to be doing really well with butter, and I can keep trying her on the lower steps of the milk ladder. But it is quite clear that she isn’t ready at all for the higher steps and that she still reacts to it pretty quickly. I will try her again a few months, as the Dietitian advised me to keep trying and not to have long absences with no milk. Let’s hope for a more positive result in the future. I am glad that Aria is pretty accepting that this is just the way she is, and of course, there are much worse things that could be wrong with her. I am grateful that she is only allergic to milk.