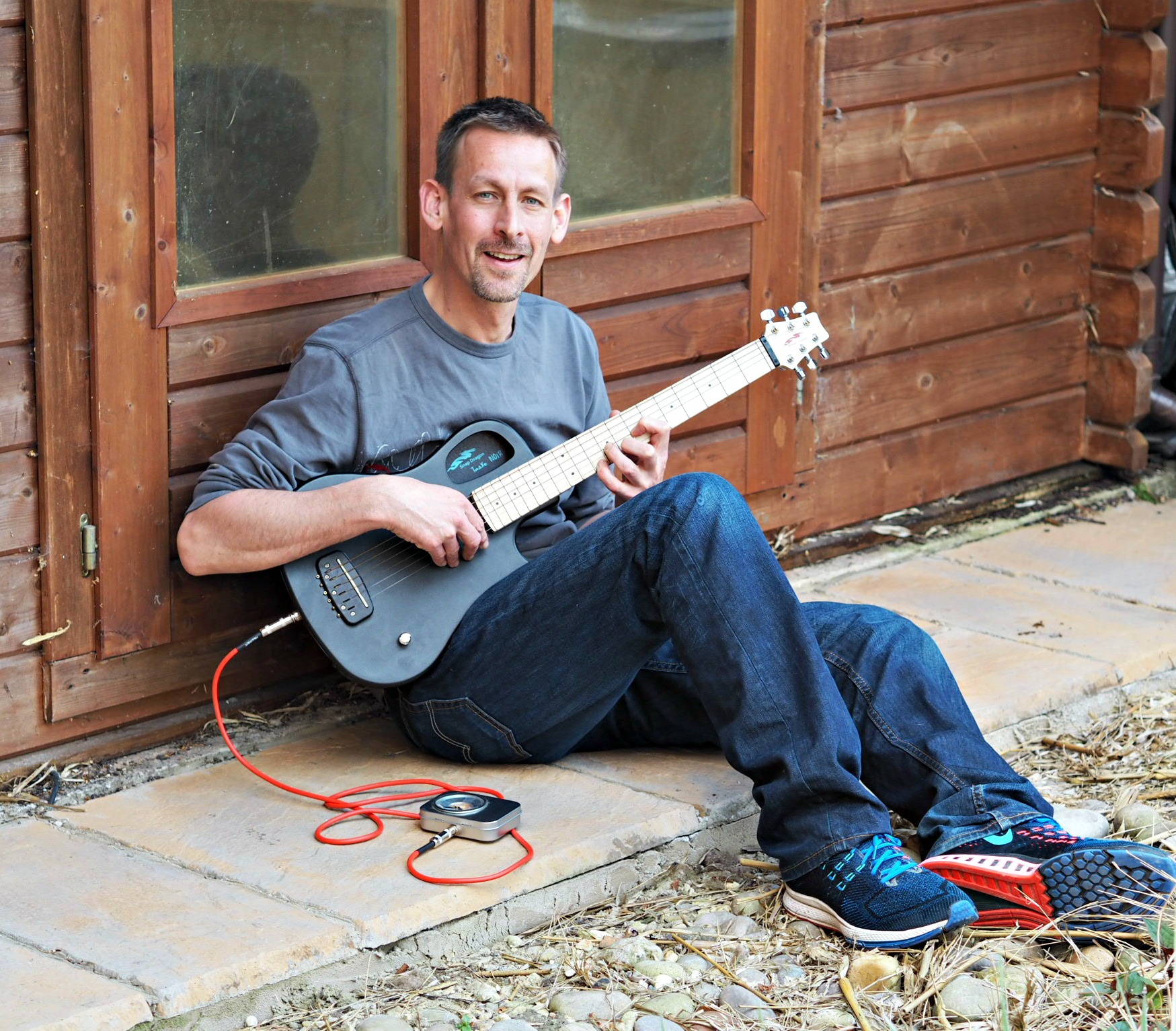 So I didn’t really know what to make of this when I unwrapped the Drummond and Hammett Trans Amp at Christmas. It’s a diminutive little fellow, a metal box about 11cm x 9cm a little bigger than a pack of fags. The top of the metal enclosure holds a tiny plastic speaker cone and the only feature other than that is a 1/4″ jack point. Opening up the box we see some pretty basic circuitry and a connection for a 9 volt battery and that’s it. No valves, no modelling circuitry, no controls, a little box you plug your guitar into and sound comes out. Hmm, I was curious. I was also, rightly I think, cautious. As a kid I had a battery powered little Fender box amp thing. This was a long time before the likes of Blackstar thought about making mini amps sound nice, no, back then the goal of a mini amp was that it did not annoy parents. My little mini Fender did not annoy parents, for two reasons really, first, it ate batteries and I was tight, so I never had batteries, second, it sounded awful. The upshot, I learned to play my guitar un-amplified and learned to hate battery amps. So I did feel a sense of trepidation when I connected this thing up. 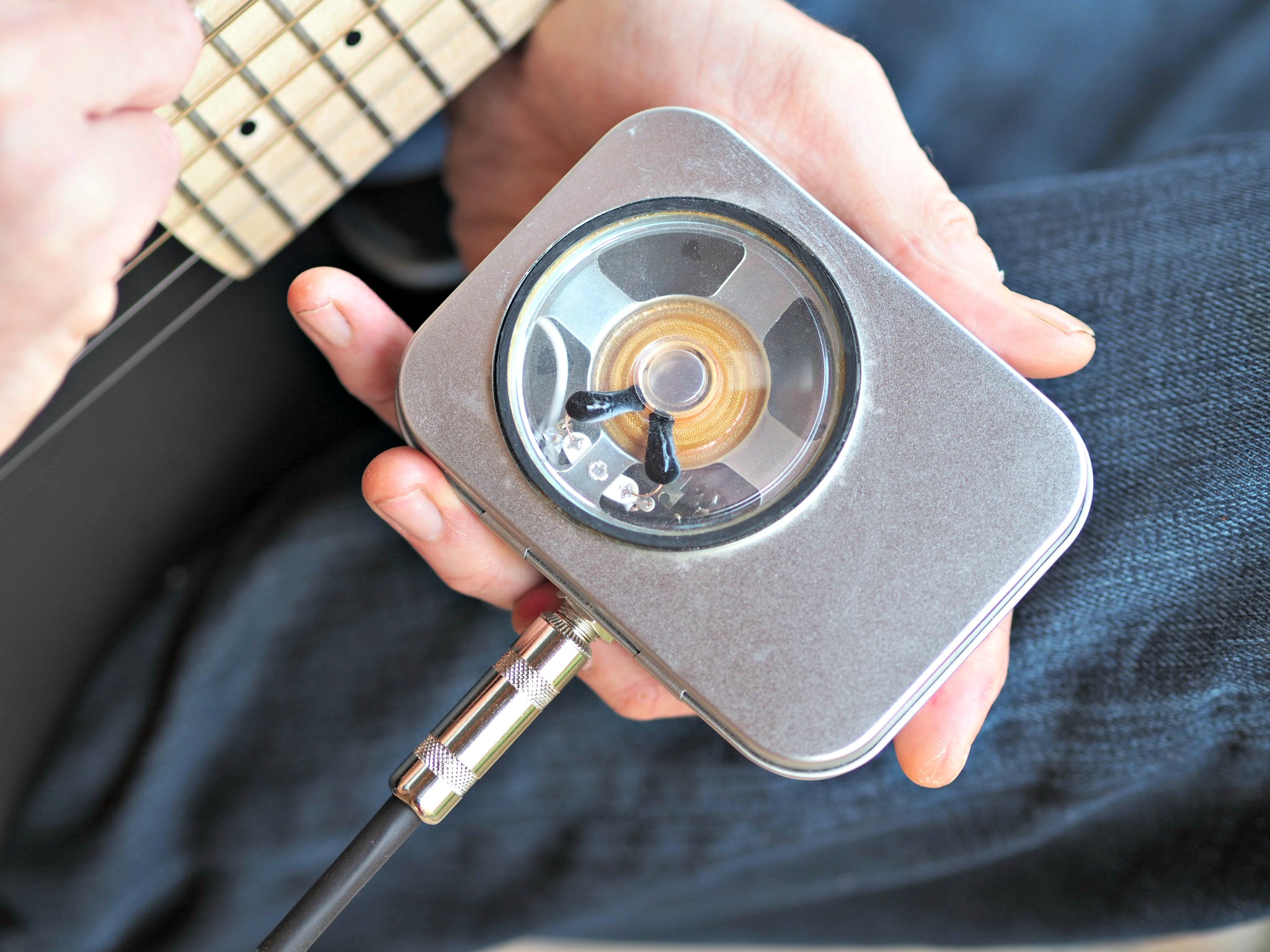 Pushing even 2.5 W of power through a speaker less than 2 inches is always going to lead to a uniqueness in terms of tone and you certainly get that here, but maybe not in the way you think. I’d expected a spluttery little beast and I got that in spades but, somehow it was a splutter and a snarl that I liked a lot from the get go. I honestly did think I’d hate this but I found myself plugging into it at every opportunity, literally every time the wife left the room I’d get it going and have a little bluesy jam to myself. It’s not a cultured tone and a beefy hum-bucker was too much for it, but with single coils or a piezo pickup it had this rawness that I just love. My wife had got me the amp to travel with (more on that shortly) and so I mainly played my Snapdragon Traxe Noire (with a piezo pickup in the bridge) and pretended I was some old blues guy sitting on my doorstep.

As I mentioned, the amp was bought as a gift so I could use it while travelling and it is perfect for that. I took it to India with me in January and it’s small dimensions and low weight meant it went into my guitar bag perfectly. I took a number of rechargeable 9 volt batteries but found I used one and had started on the second towards the end of the 2 week trip. I was pleased with that and I’ll probably take fewer batteries with me next time. The amp is also pretty rugged so I could put it in the bag without being too worried that it would get damaged. I did decide, after that trip, to get a volume control fitted to the Snapdragon. As there are no controls on the amp, the sound you get is a direct function of wha you feed it. As I said, I really liked the spitty distorted tones but I wanted to find out what happened when it got less signal. The result was another really pleasant surprise. Drop the input level and you get a much warmer clean tone which I found very pleasant. 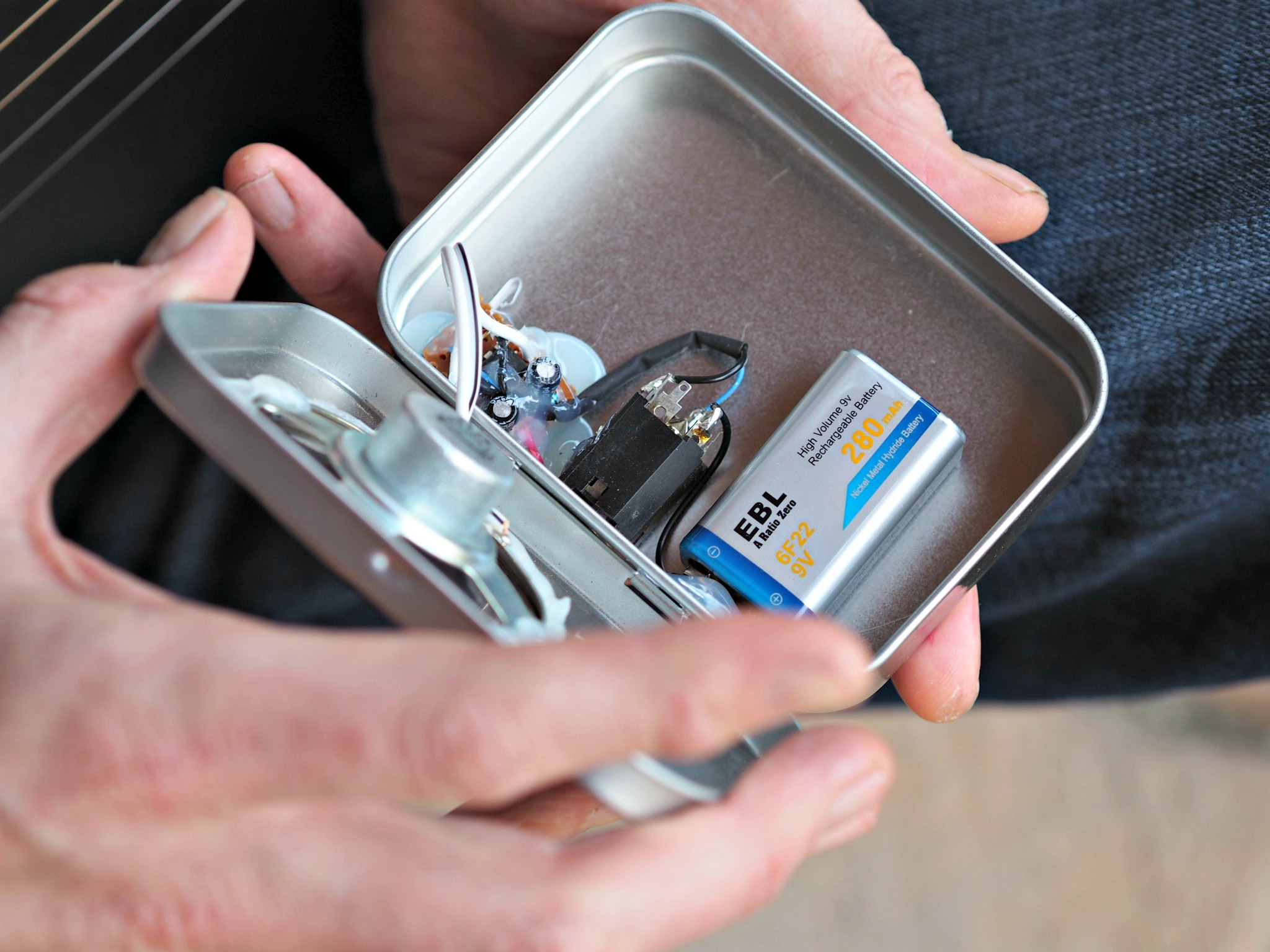 Obviously, you have to keep things in perspective. This is a tiny, battery powered, portable amp, designed for cigar box type guitars, you’re not going to be running pedals through it and it’s not got a massive amount of variation in tone, but what is there is pretty nice (to my ears) and I also really appreciate the simplicity. I’m not really up on the cigar box scene so I can’t comment about whether it’s a good amp for that, but for my needs, as a travelling amp, it more than fits the bill. It’s nice that battery powered amps have come on so far but, realistically I’m not going to use a Blackstar Fly to travel with, it’s just too bulky, this is super convenient. I think about this amp like a west highland terrier, it’s little and shouty and you could view that as yappy, but there’s a certain something there that just makes it damn lovable as well and for that reason it’s still an amp I play regularly, travelling or not.

If you’re looking for a small form factor amp on which to play your blues, look no further.