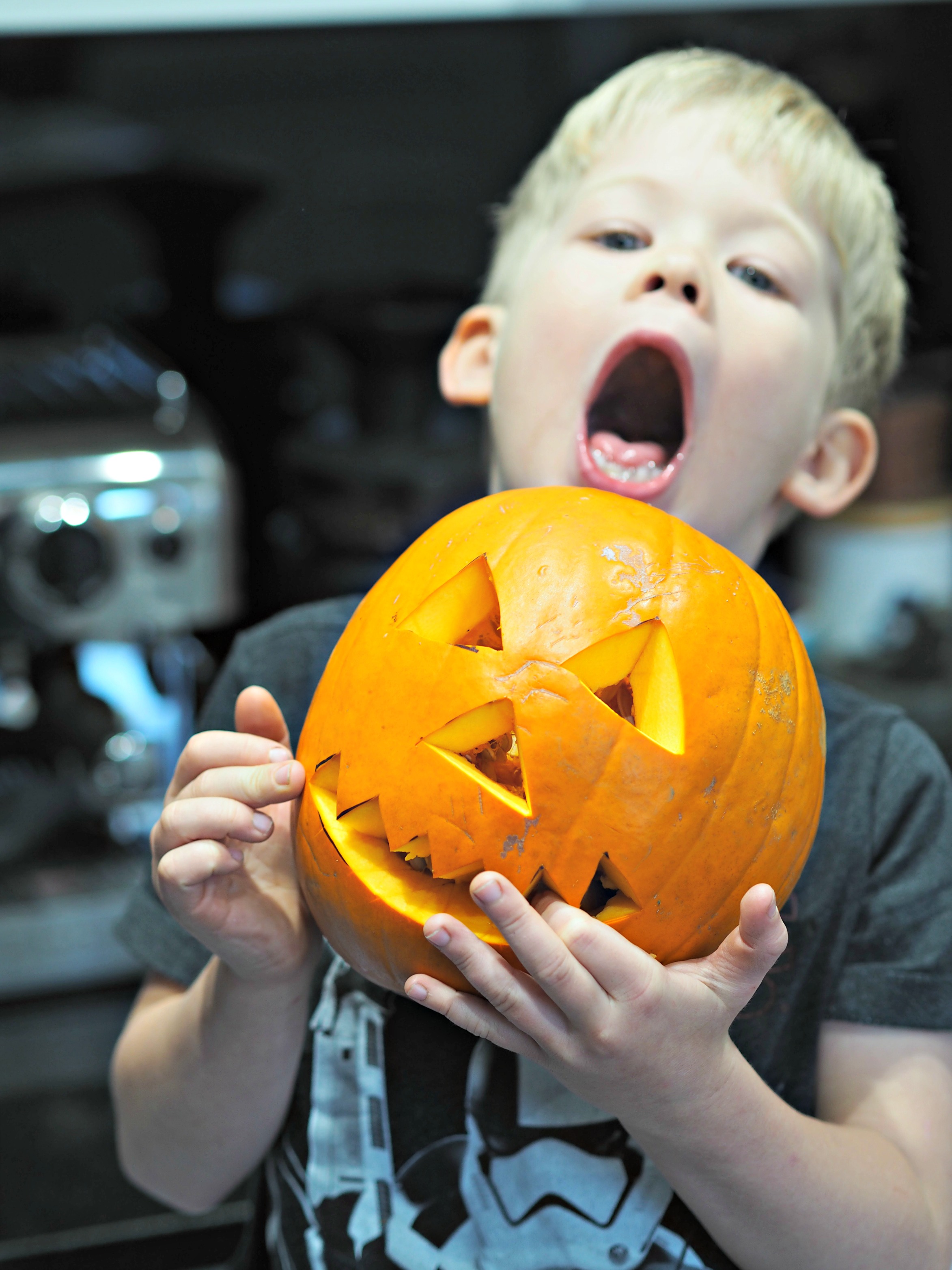 Halloween and pumpkin season is upon us, my children are currently debating whether it will be best to stay in and hand out sweets or go out trick or treating next week. I’m pretty sure I can guess which one will win!

Aldi set us the challenge of making something healthy that the children would eat too. They have a selection of recipes on their website, but after asking the children we decided to make the Thai pumpkin and coconut soup. 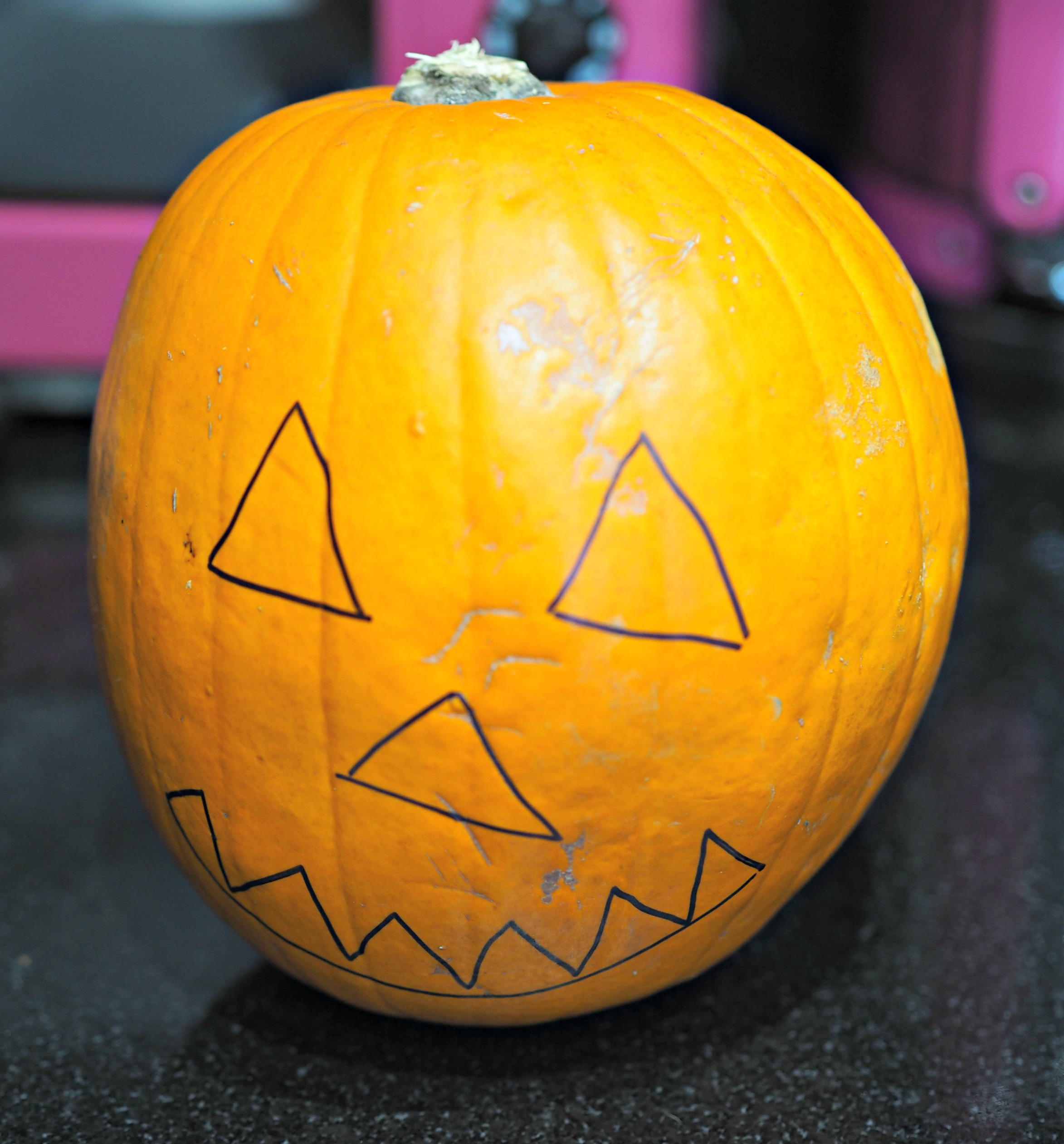 First things first, pumpkin carving. I started by drawing a face on with a sharpie pen. I went totally old school and basic, but if you look on Pinterest that are some super cool pumpkin ideas out there if you want to get adventurous. Then I took a sharp knife, cut a whole in the top and carved along the drawn lines to make the face. this bit I did entirely on my own, as I didn’t think it was safe for the children to do. 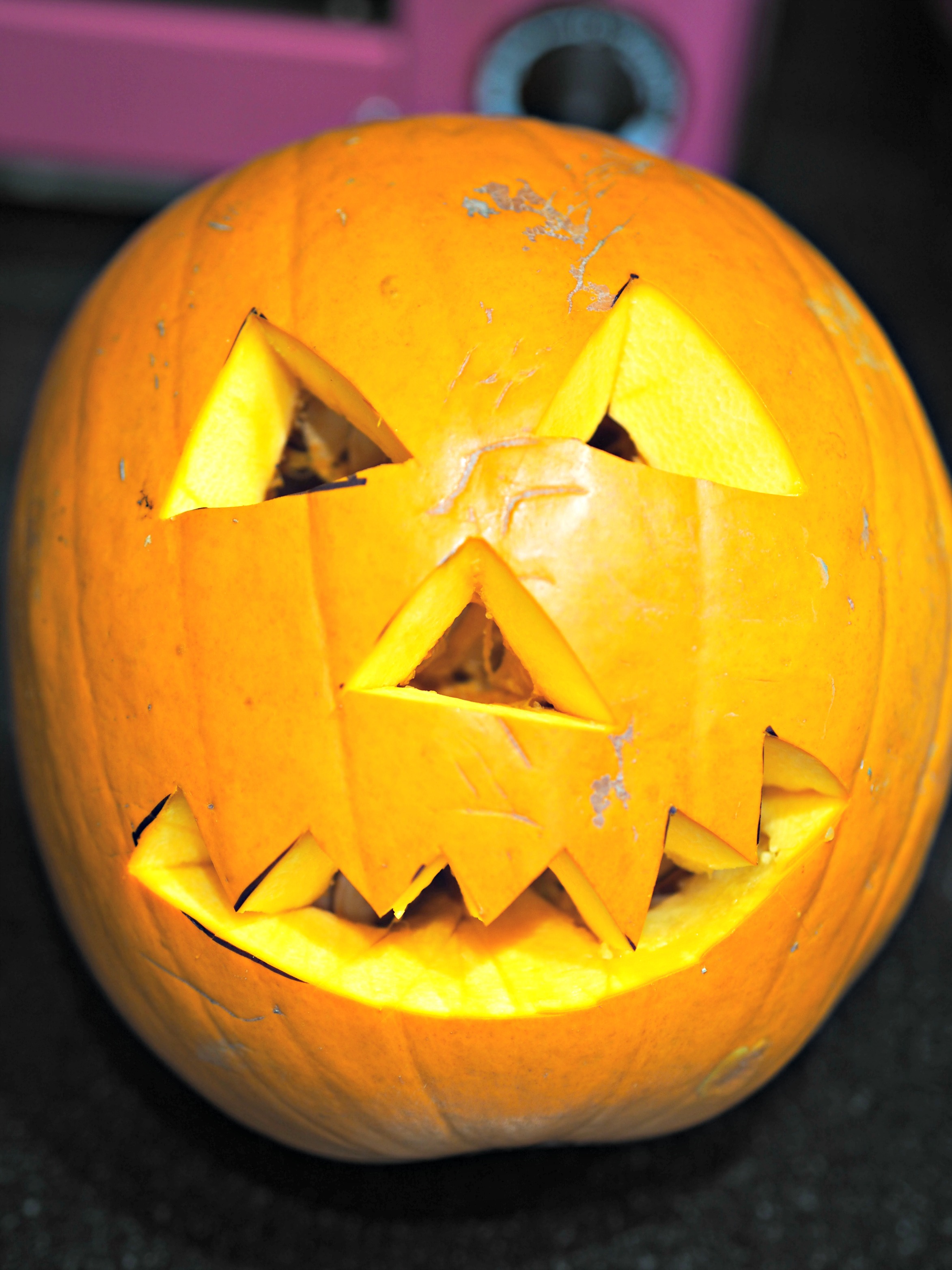 After the dangerous pumpkin carving part was done, the children helped me scoop out the pumpkin seeds. We did this using metal spoons and our hands, the children proclaimed this part rather slimy and disgusting. The part of the pumpkin we needed to the recipe was the flesh, the part the lies next to the pumpkin skin which needed to be carved out with a knife. Again, I did this part. I’ve never carved pumpkin flesh out before myself and it’s not particularly easy when you want to keep your carved pumpkin in tact, it would be much easier if you could cut it open and carve the flesh out, But of course that would defeat the object wouldn’t it?

As I mentioned above, we decided to make the Aldi Thai pumpkin and coconut soup recipe, but we tweaked it a little bit. For example we took out the chilli as there is no way my children would eat if it they knew it was in there, but also since my stomach ulcer rupture I have found my stomach can’t really tolerate it. We also decided to add some noodles to the recipe too. As Aria is allergic to cow’s milk I also switched out the butter for a dairy free alternative. I also took a couple of short cuts to try and save time, see my tweaked recipe below.

In order to get my children engaged with the recipe as I was really quite nervous as to whether they would eat it. I took them to Aldi with my to choose the ingredients, they got to choose which pumpkin we bought, helped me look for the ingredients on the shelves and pack them. Then they also helped me to cook the soup. From making the stock, operating the food processor and crushing the garlic, while I did the hot things on the stove, anything else I thought was age appropriate I got them to do. 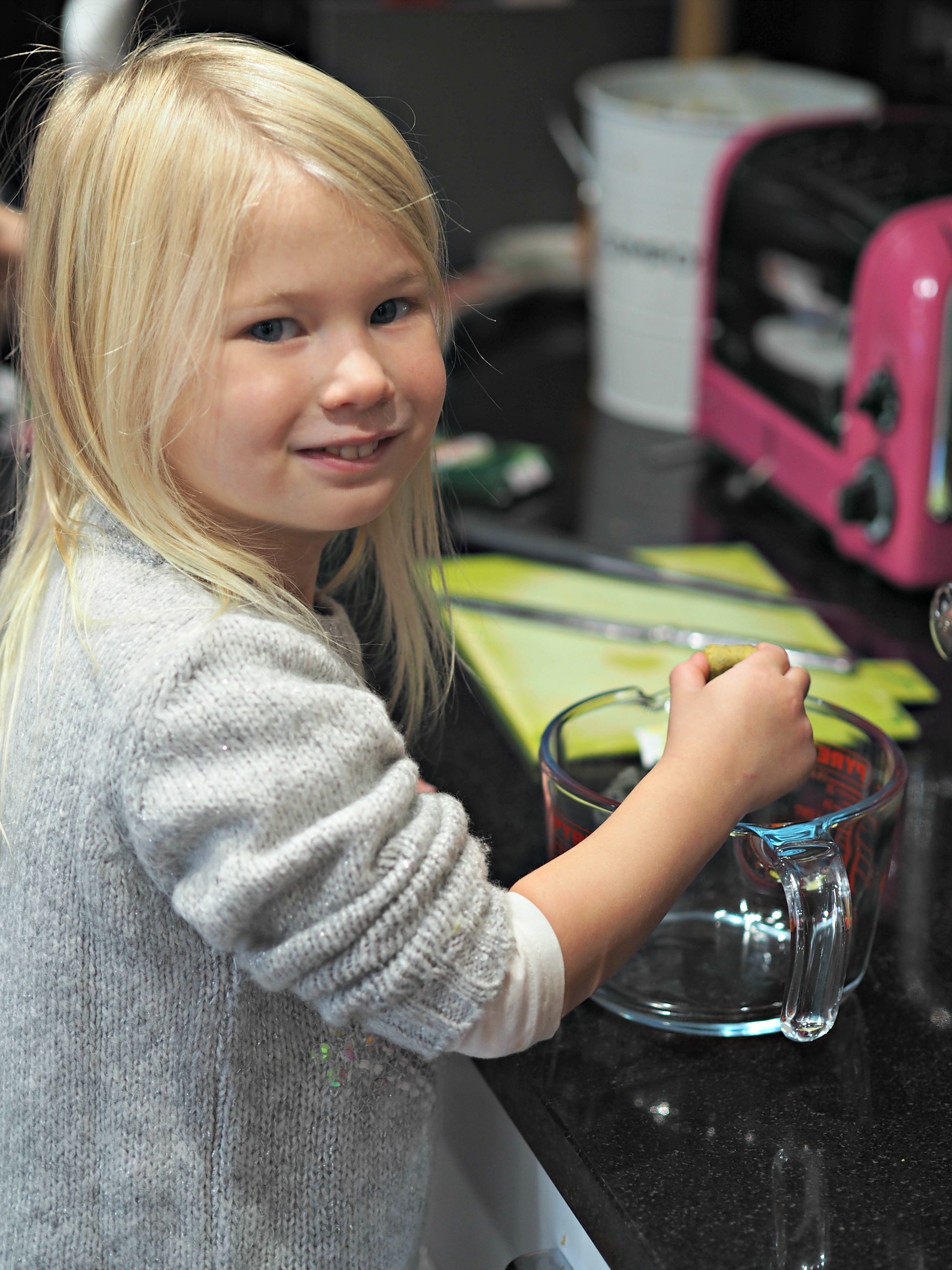 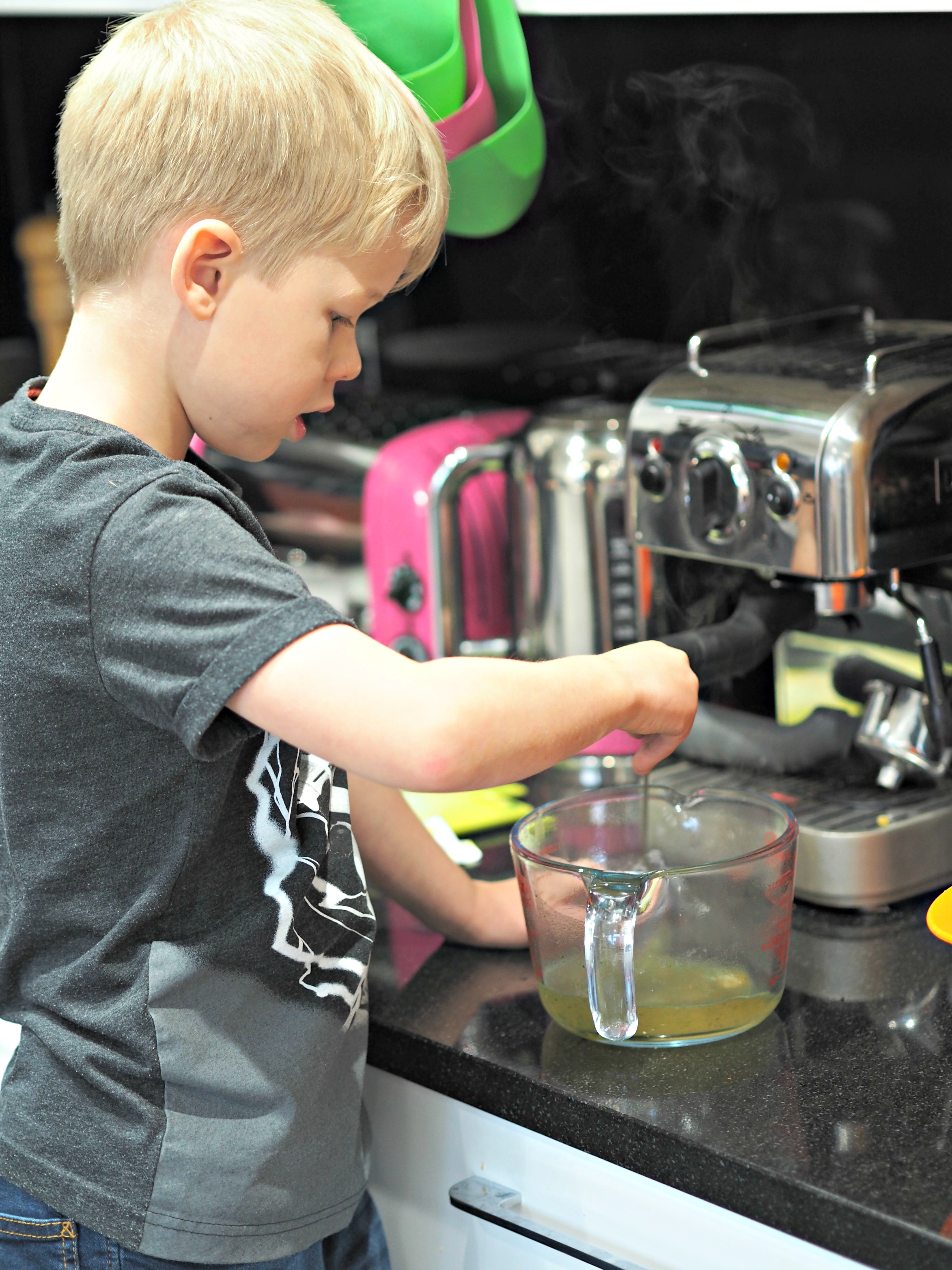 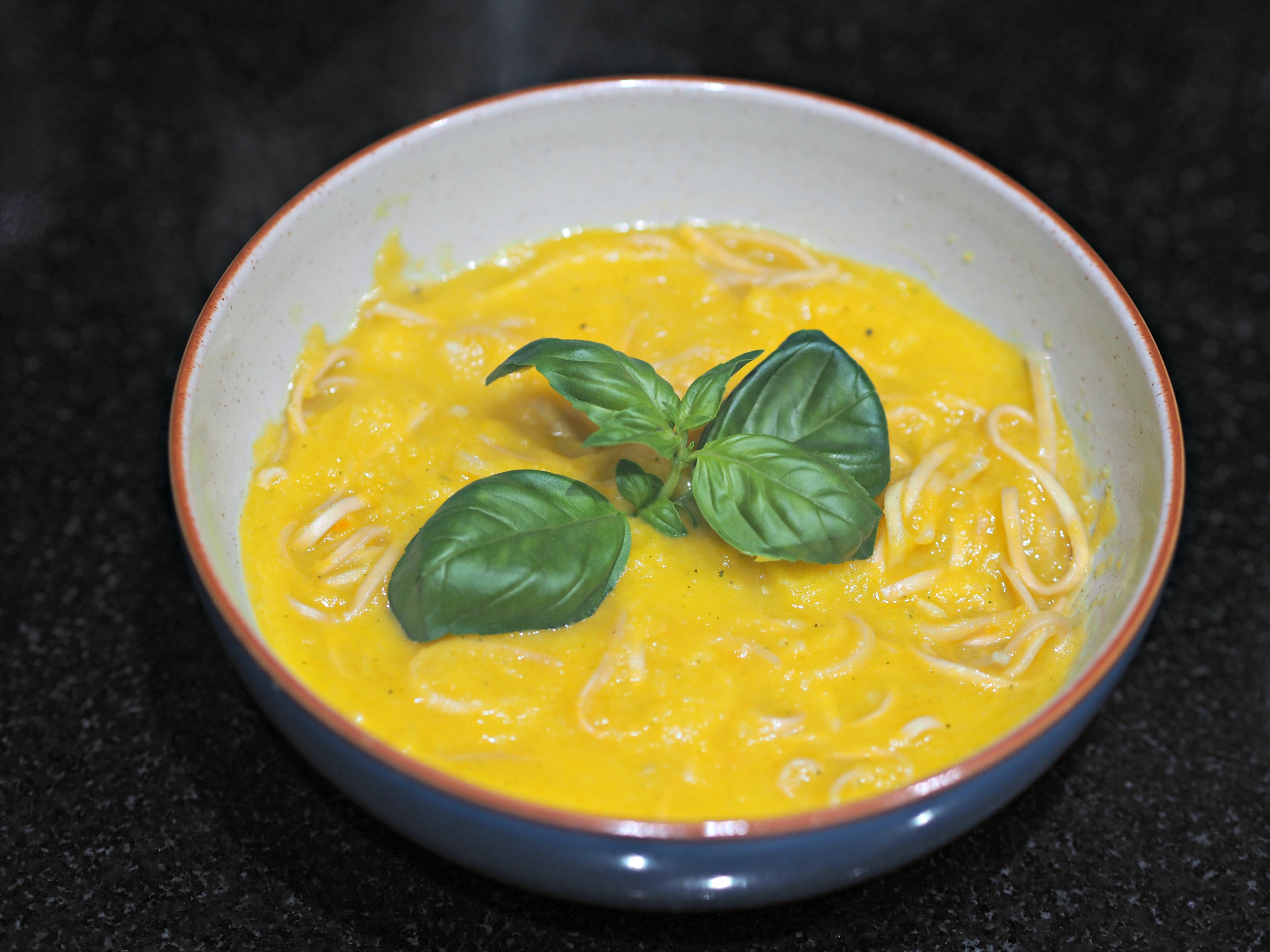 This recipe was actually really cheap to make. I already had the onions and dairy free butter in at home and the rest of the ingredients came in at £3.48. We bought a large pumpkin which cost 79p and we would have bought this for Halloween anyway, so without that cost you’re looking at an extra £2.69 to make this dish which fed a family of four. Plus I had plenty of vegetable stock and noodles left over for another meal. 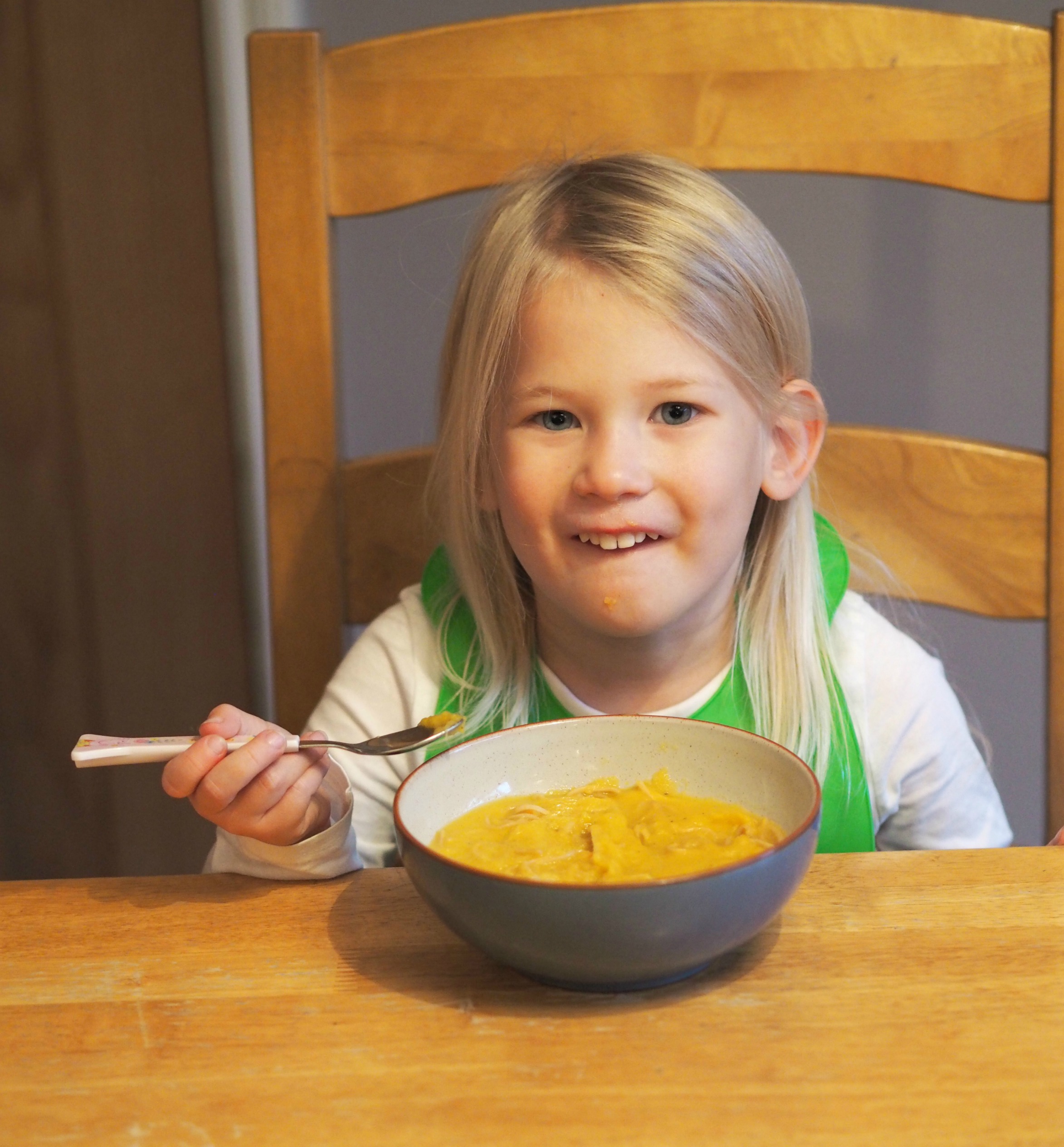 I thought the recipe was delicious and was really pleased with it. But, of course the golden question is did my children eat it? I knew it would be touch and go, Logan in general really enjoys vegetables and often asks for them, for Aria on the other-hand it can be a bit of a battle and I tend to try and hide vegetables in dishes where I can. She would live on baked beans if I let her! 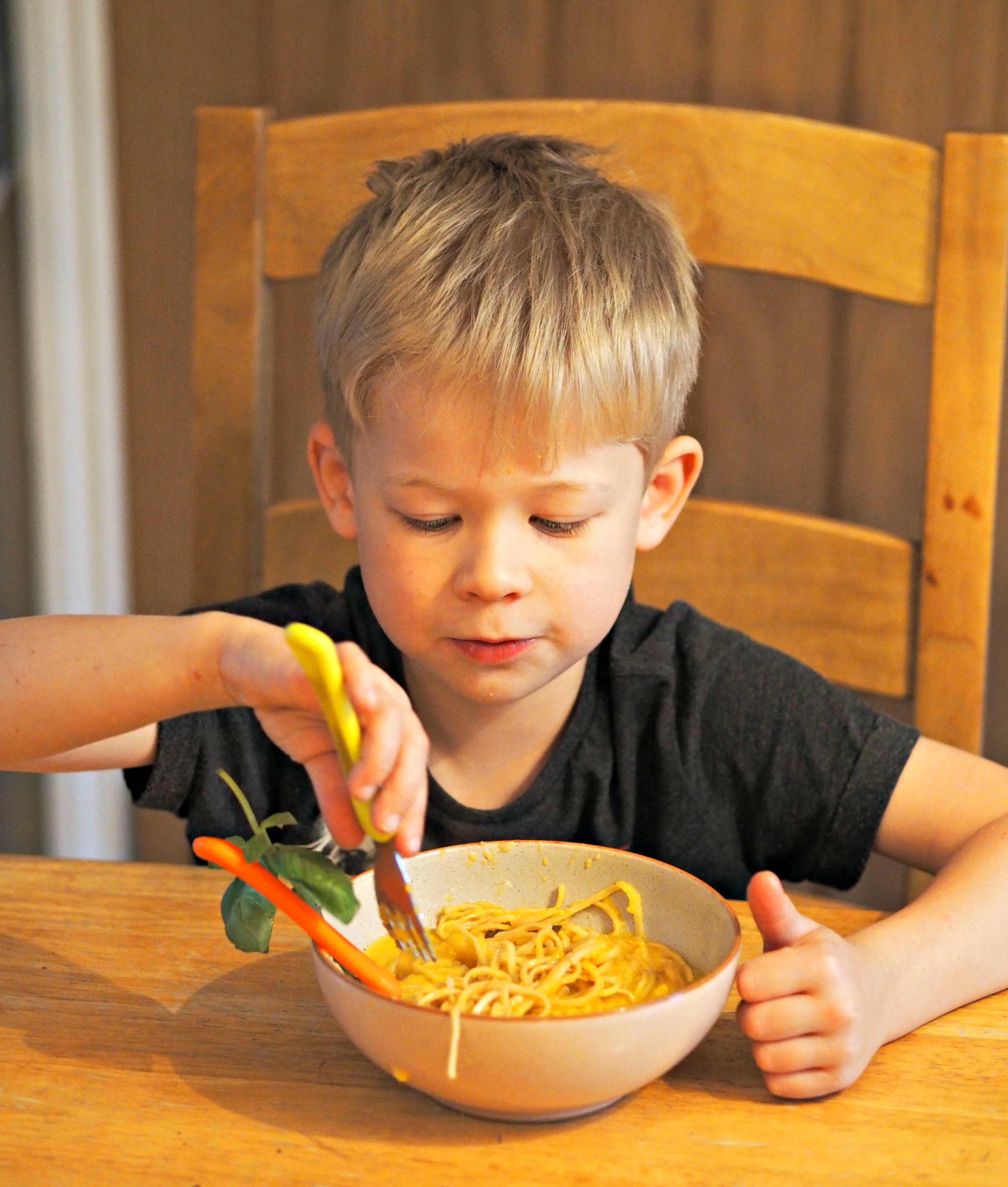 My children were excited about the soup while we were making it and very much enjoyed the process, commenting on the colour of it and the ingredients we were putting in it. But sadly (and because I like to be honest with you) when it came to dinner time they didn’t eat it. Which was quite frustrating, but I guess such is life with children. I think it is one of those dishes we can try again as I do find with my children that sometimes it takes them a while to a new dish and I stand by my comments that this is a great way to make a family dinner out of something you would normally throw away.