A Chat with Annette Sharman Author of Hollie and Figgs

Nearly a year ago now I started chatting to new author Annette Sharman on Twitter who told all me about the new book she was writing. Annette is a children’s author from the Midlands in the UK. My son and I then went on to read and review Hollie and Figgs: Magical Adventures which is a fun debut book about the magical adventure of a young girl Hollie and her magic, talking cat Figgs, aimed at children aged 5-9. Logan adores cat, so he was bound to like the book and he has since learnt to read and taken it off and started reading it on his own.

I thought it might be nice to interview Annette and find out a little more about her and how she came about writing her very first book.

How did you come about writing your first book?

It was an idea I had to help my daughter when she was ill. I wrote a story and my daughter illustrated it. It became a family project to help get well, build her confidence and occupy her mind at a difficult time. The story is based on my daughter and our cat. Throughout my daughter’s illness, her cat became a very important comfort to her.

I believed that the book was worthy of getting published and I wanted my daughter to see her work in print. 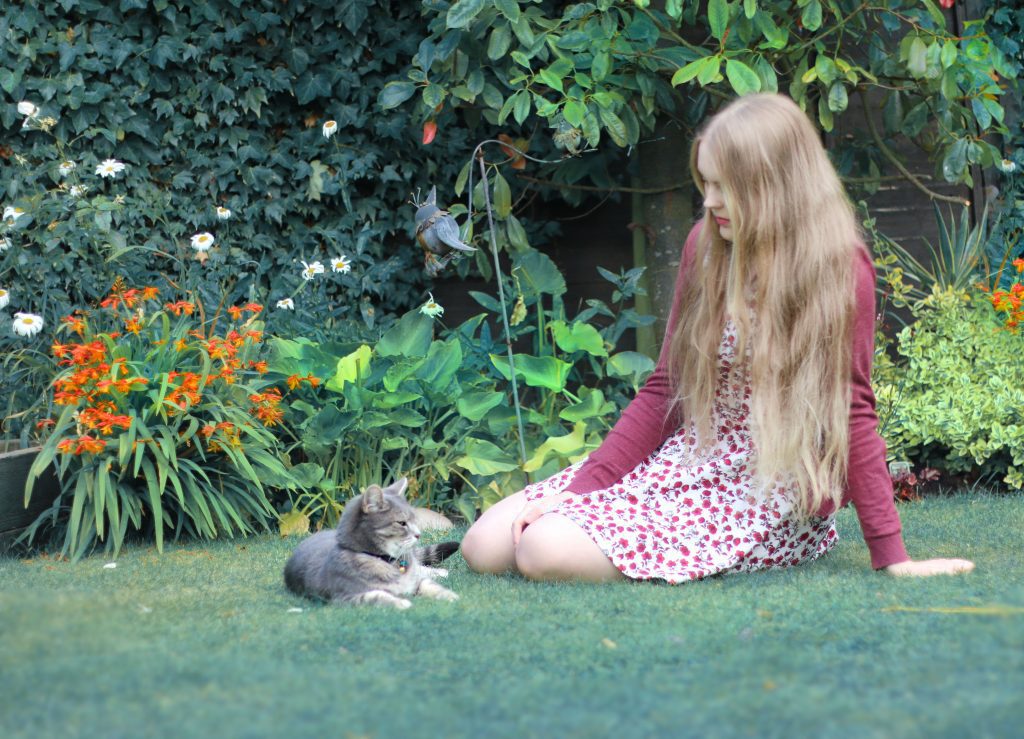 You do a lot of work with schools, can you tell us more about that?

After my book was published, I decided to take my book into primary schools. The story has morals and life lessons which make for a good classroom discussion. I used to be a mental health nurse and I have found that there are a lot of troubled young children in the classes I have visited. Through the storyline, children have opened up about how they are not coping, bullying issues and feeling sad/anxious. Children enjoy the story, props, and through creative activities I have managed to get some children support they need.

The book very much felt like the start of a series, are you working on another?

I have written a new story and the second book in the series is called Hollie and Figgs: The Missing Rainbow. It has new morals and life lessons. Is full of colourful illustrations and is another fun, fantasy, magical adventure story with a happy ending. It has new characters and a new adventure.

Is your daughter still illustrating the books?

My daughter is a lot better now and doesn’t need to work on the second book. For the second book, I have employed a student illustrator for the new book (for illustrations and book an animated book trailer) as I want to continue to help, enable and promote young people.

Annette is also running a funding campaign to try and help fund the publication of the book so she can continue to visit schools and help where she can. She does this all voluntarily. If you would like to check out her project and campaign you can. There are short videos and a link to the campaign here through the official Hollie and Figgs website.

There are some amazing funding incentives which Annette has set up. You can get signed copies of the book, PDF versions, exclusive and limited edition Hollie and Figgs merchandise and much more.

Thanks Annette, I loved reading about all the work you are doing with schools and wish you well with your kick starter campaign. Logan and I also very much look forward to reading book two!