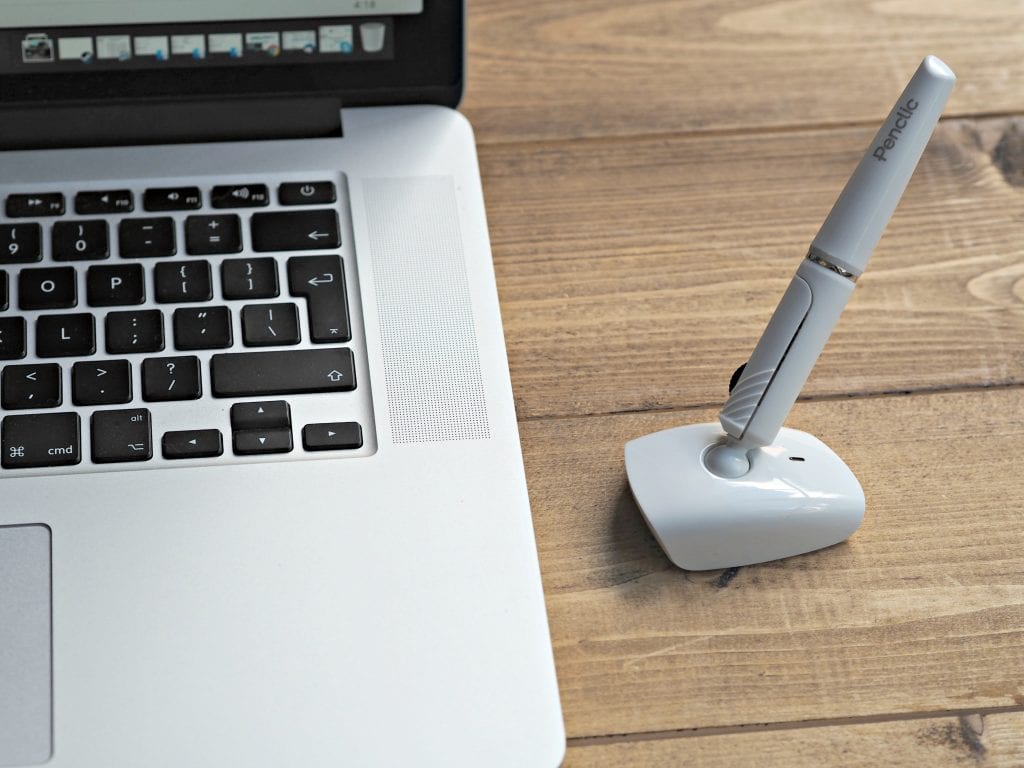 Penclic are a Swedish company who produce ergonomic pointing devices. I’ve been a happy user of the Penclic D2 for some time now and so I was glad to receive a Penclic B3 mouse for review. Although I am referring to the B3 as a mouse, like the D2 it bears little resemblance to the traditional pointing device. As you might guess from the name, the B3 looks pretty much like a pen. The reason for this is that by being handled like a pen, there is far less pressure on the arm and shoulder meaning that the pain in the wrist and hands associated with long hours using a mouse is avoided. 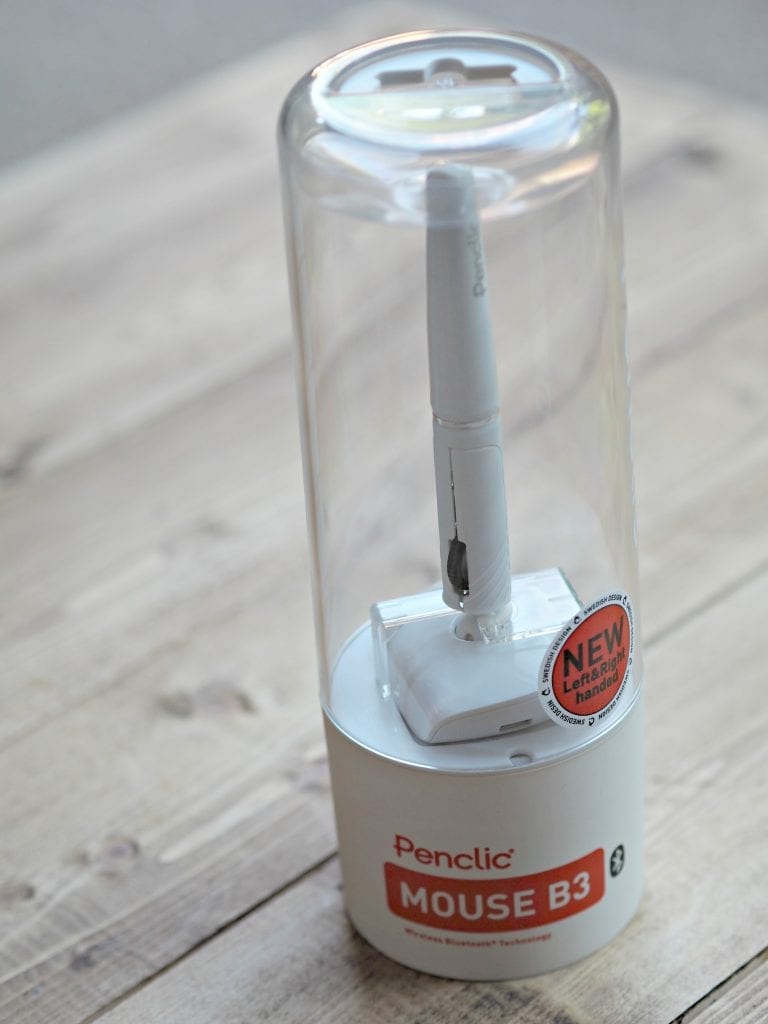 When I first started using the D2 nearly a year back I was getting a lot of arm pain resultant from mouse use. I am happy to say this has long been a thing of the past, I am a true convert to the Penclic way of working. It’s true that there have been non-mouse pointing devices for some time but trackballs (even the sadly missed Microsoft items) don’t really give good accuracy and pen and tablet devices are really only useful for certain specialist apps like graphics. The Penclic moves like a mouse but is held like a pen and for this reason, is very comfortable.

The one criticism I had of the D2 was that it was a wired USB device. This never really got in the way but it did seem a little unwieldy. The B3 addresses this by connecting via Bluetooth and, if this was the only change, my trusty D2 would be in the bin right now. Not so, unfortunately, but more on that later. 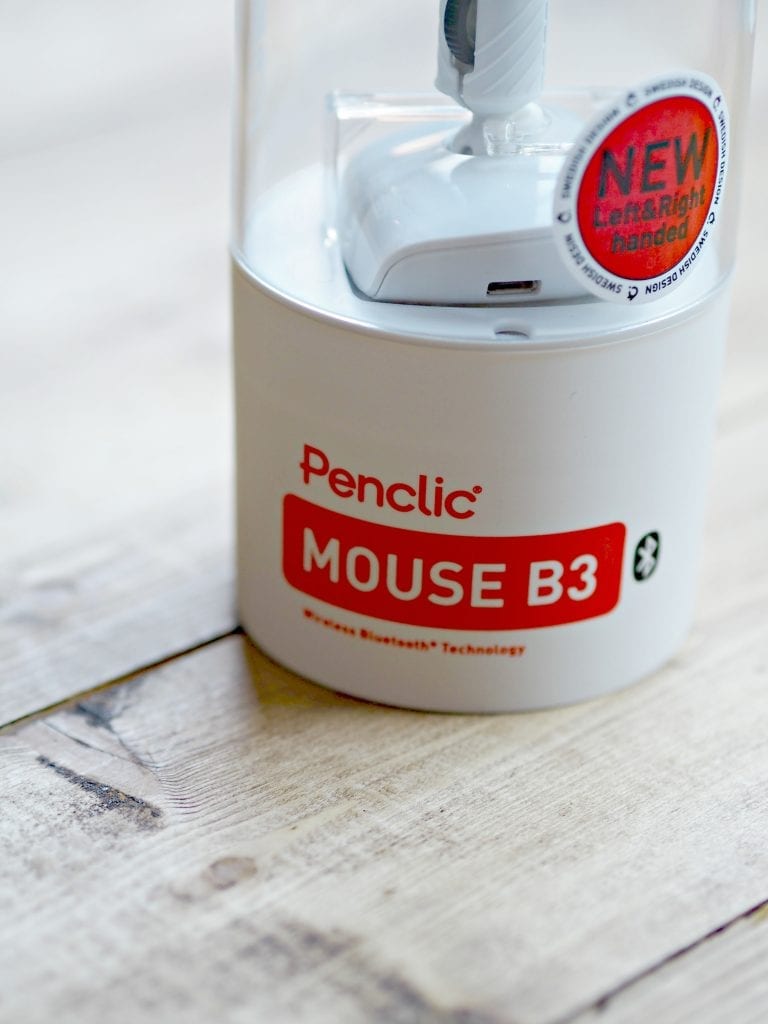 The unit is powered by a supplied rechargeable battery which takes charge from the computer via USB. I charged for a few hours and the green charge indicator continued to flash. I got bored and tried it out and got about 3 days worth of use before the charge indicator went red indicating battery low. I’ve since had it on charge all morning and it’s still flashing green right now. I am not sure if this means that it is still charging or whether the charging indicator is broken.

Connection to the mac was easy enough. It would have been useful if the instructions had mentioned that a Bluetooth pairing code was required but as it is ‘1234’ it was guessable. 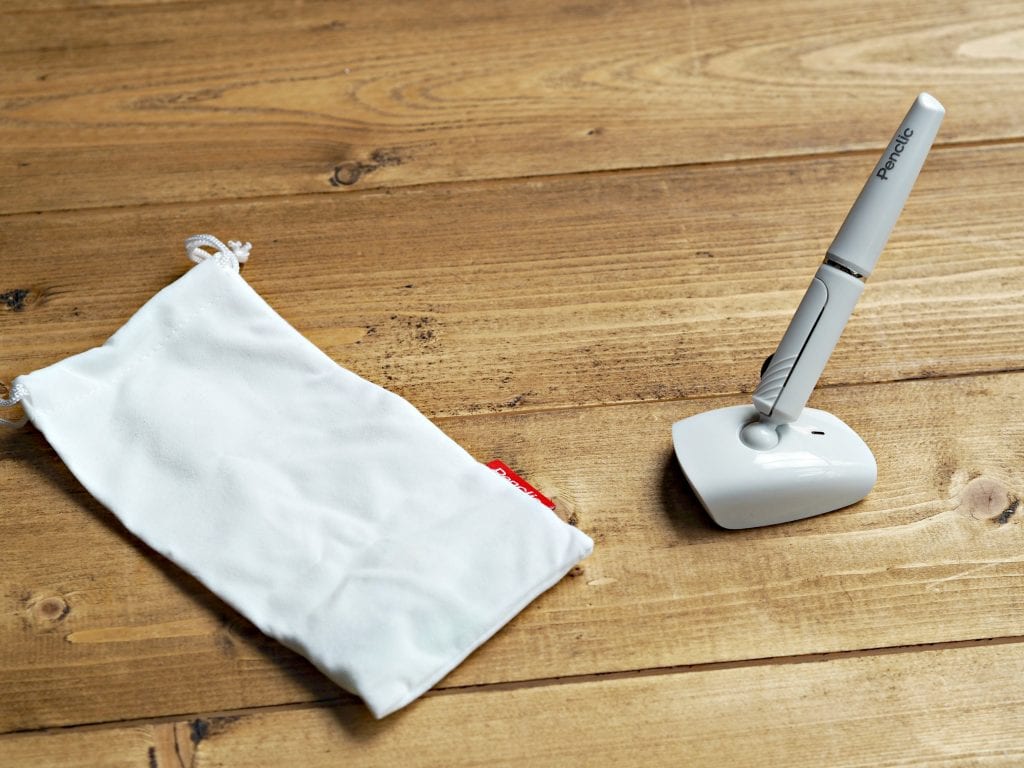 In use, however, I did not like the B3. The button layout has been changed from the wired D2 and not for the better. Both D2 and B3 mimic a 3 button mouse with scroll wheel. On the D2 all buttons are on the right-hand side of the ‘pen’ with the scroll wheel on the base unit. The B3 re-sites these buttons so that there is a button on each side and a scroll wheel in the middle. The reason for this is clear, it allows the Penclic to be used by left and right-handed people but for me, the design did not work. On the D2, to actuate the scroll wheel I would reach down to the base with a finger. It was an odd movement at first but one I soon got used tp. On the B3, I have to reach over a mouse button to the mid-mounted wheel. In doing so I had two options, either crab my hand over or support the finger by pushing from the other side. When crabbing my hand round it was ungainly and uncomfortable, when supporting from the other side often I would end up pressing the right mouse button. The experience has gone from being graceful and effortless to being something that was often annoying. I actually found myself going back to the trackpad on my laptop to scroll rather than use the wheel. The buttons themselves are also a source of annoyance. On the earlier, wired D2, the left click is a sturdy microswitch with a nice positive action. On the B3, both of the standard switched buttons feel sticky and not that well sprung.

What I did like about the B3 was that it has selectable acccuracy modes and even in low accuracy is very responsive. I also liked that it used the onboard Bluetooth for my mac rather than taking up a precious USB port for a receiver. The unit itself looks nice and comes in very attractive packaging. 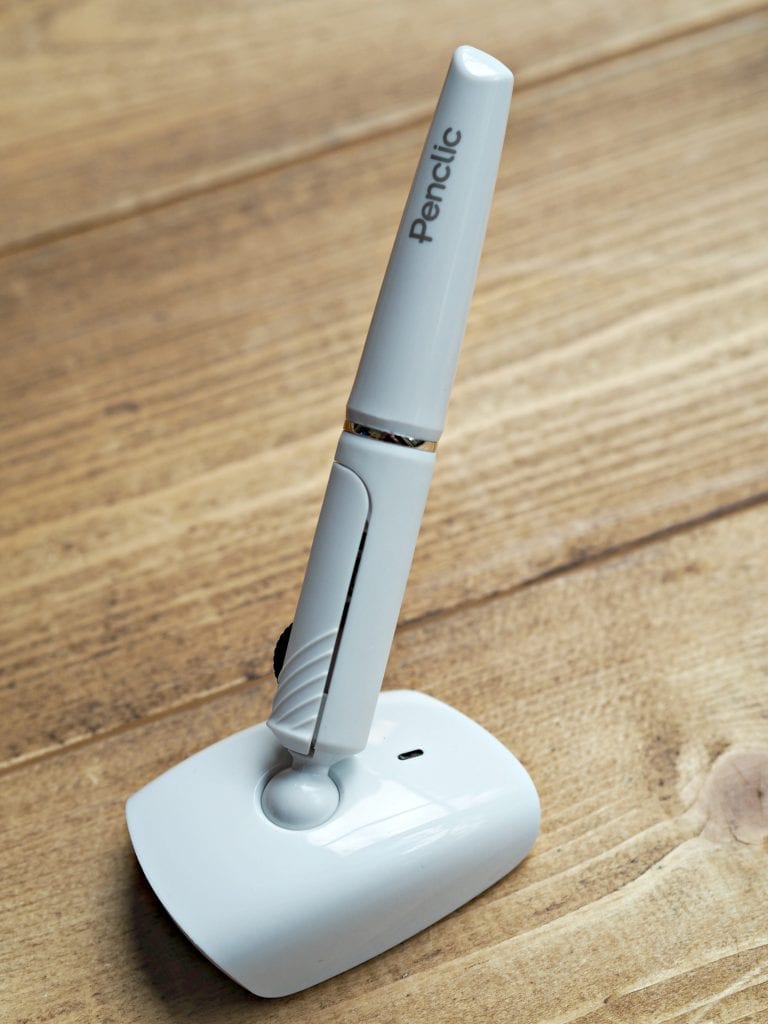 If I sound very critical here I need to frame the review properly. I am a long-term Penclic user and I’m comparing it to my other Penclic. I would still take this mouse over any ‘normal’ pointing device, ergonomic or not. It’s better than pretty much anything else out there. I just feel like there are some rough edges. The drive to make this ambidextrous (which is admirable) has hampered the device a little. Proper microswitches in the left and right buttons would have been very nice and I think re-siting the scroll wheel back to the base would have made a big difference.

*Disclosure: I was sent this Penclic for the purpose of this review, however, all opinions are my own.