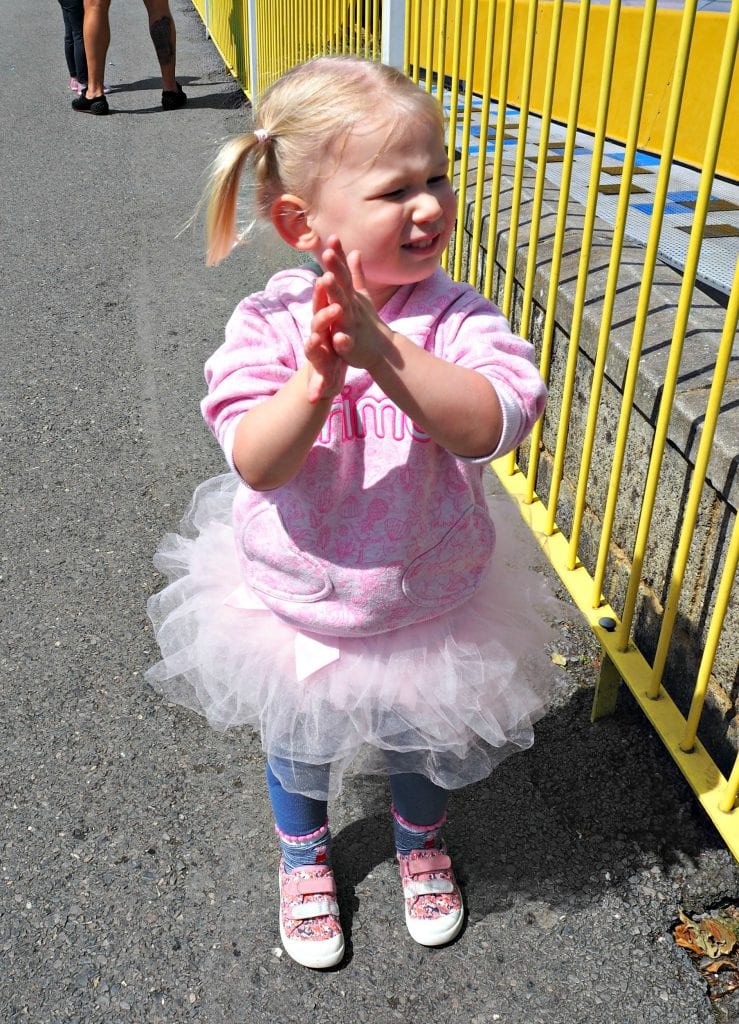 I haven’t written a Lovely Things post for a little while, more about time, but May was such a lovely month, I thought it was a good time to write about what went on. We were a little hampered by illness (again), I feel like we have gone from one thing to another and both children went down with chicken pox. Logan at the beginning of the month with Aria a couple of weeks later. I am hoping that is the end of the sickness for a while and that a bit of sunshine will get us all a bit healthier.

If you’re a regular reader of the blog, you are in no doubt hearing a little about the fact we’re moving house. But the process really does feel all consuming. Every time we’re nearly there, something seems to pop up to hamper the process. It hasn’t even been that long though, and I know and it can take people months and months to move. I know I need to patient. But at the same time it’s all very exciting.

Here are a few of our happy moments this month. 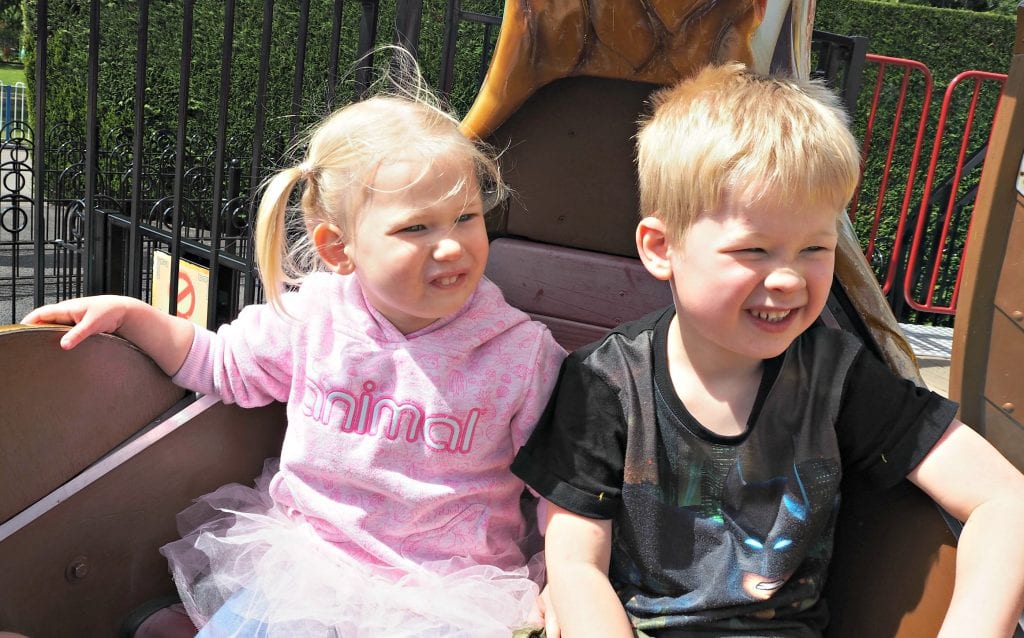 May saw Aria’s 3rd birthday and I wrote a letter to her to commemorate the occasion. To celebrate on the Saturday before we went out to dinner for pizza – on Aria’s request because despite being allergic to dairy pizza is her favourite food (she has it without cheese). We met with some friends and it was really good fun.

On the day of her actual birthday, after waking up and opening presents we had a planned day of fun at Peppa Pig world. We were lucky with the weather and sent some of the time in Peppa Pig world and some time in their dinosaur land which my son enjoyed. Luckily she made it through her birthday, but the very next day she came down with chicken pox.

Presents wise, Aria asked for lots of Barbie things and we surprised her with a new bike, sadly the bike was too big for her! So we were glad we got her some Barbie bits too. 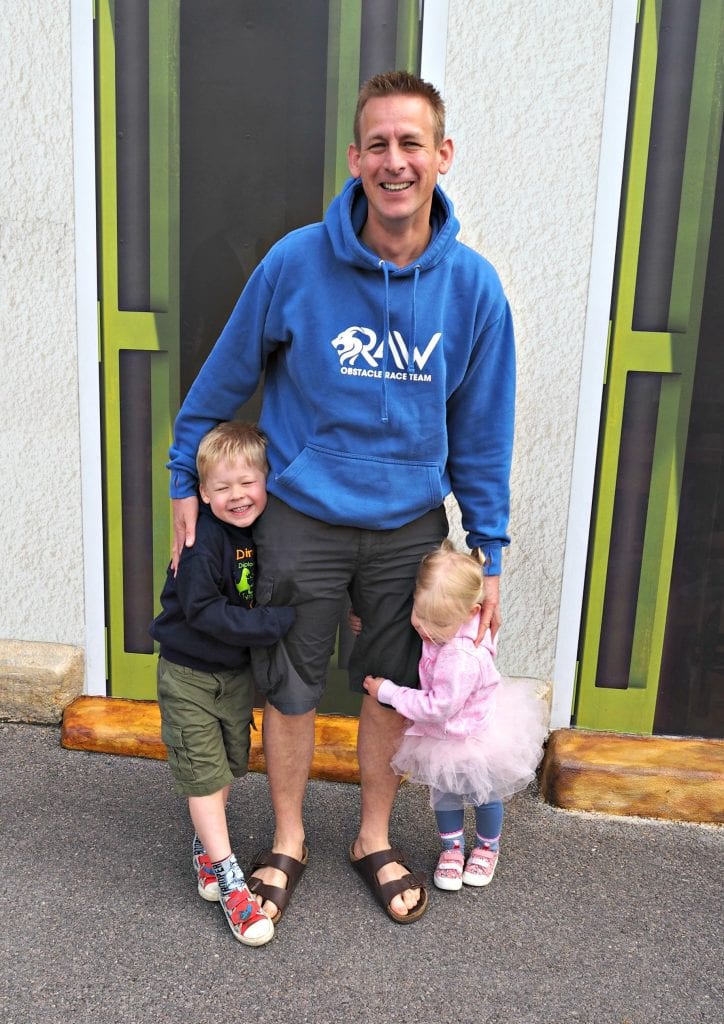 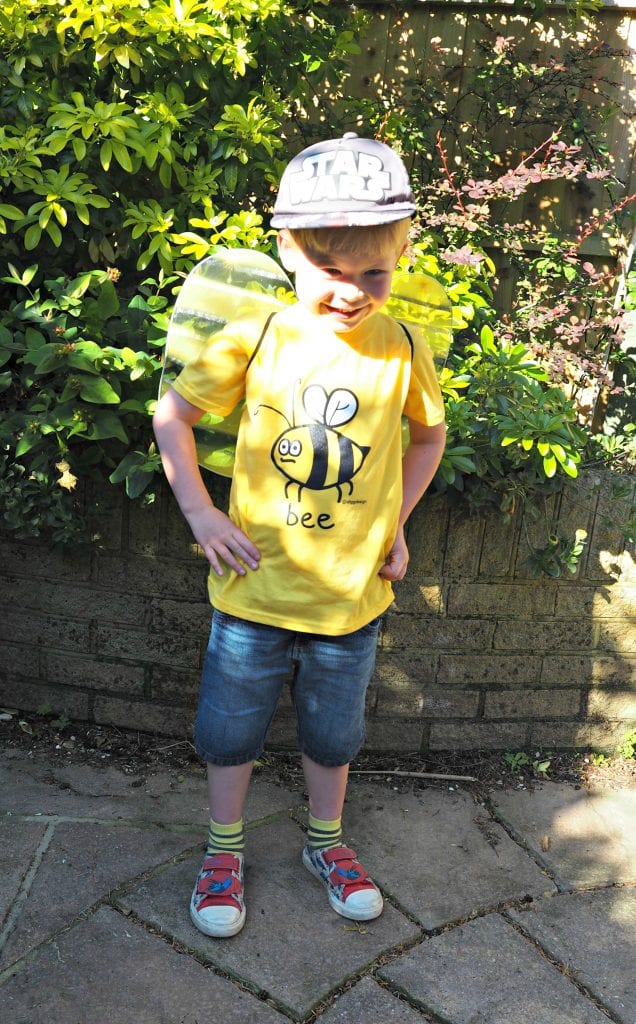 Logan has been learning all about bugs and insects this term at school. He has developed a bit of a fascination with poisonous insects, particularly spiders – much to my dismay as I’m a terrible arachnophobe and would rather not be googling black widow spiders! At the last day before half term, he had an ugly pug picnic where he had to wear a costume and the parents were welcome to come and join.

Firstly, Logan really isn’t keen on dressing up, so that it always a challenge and the day ended up being a really hot day. But we compromised on a bee t-shirt and wings. Then unfortunately I ended up not being able to go as Aria had come down with the chicken pox and was actually really poorly on that day. But a friend’s Mum came to the rescue and kindly adopted Logan for the day.

With some of my Mum friends we have started a rotation of meeting for lunch and a play date on a Thursday and it’s been really lovely. With each of us taking turns to make lunch for the group. I’ve been really enjoying it. The last lunch date we had, we couldn’t make because Logan had chicken pox. Then, my friends messaged me to say all of their children had had chicken pox and to come anyway. That Logan could just lie on the sofa and watch a DVD if he wanted and it got all of us out the house. It might seem a small thing, but it meant a lot to me, it got us out of the house and even though he was poorly Logan really enjoyed the playing too. I am very grateful for the Mum friends I have made since having children. 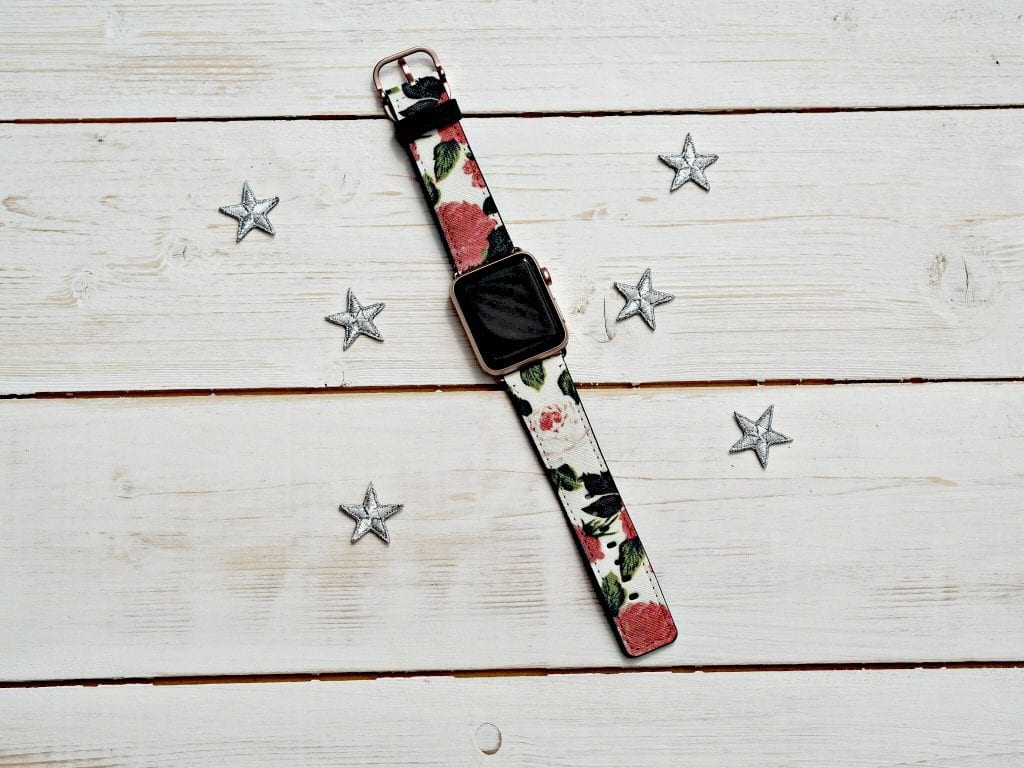 As well as Aria’s birthday, May is also my birthday and I turned 37. We were a little housebound due to the chicken pox, but my in-laws came down for the day and we all enjoyed the sunshine and had a barbecue. I was lucky enough to receive some lovely gifts, as well as a very generous Apple watch from my husband. He also secretly bought a dress for me that I said I liked and miraculously it had arrived for me to wear on my birthday! 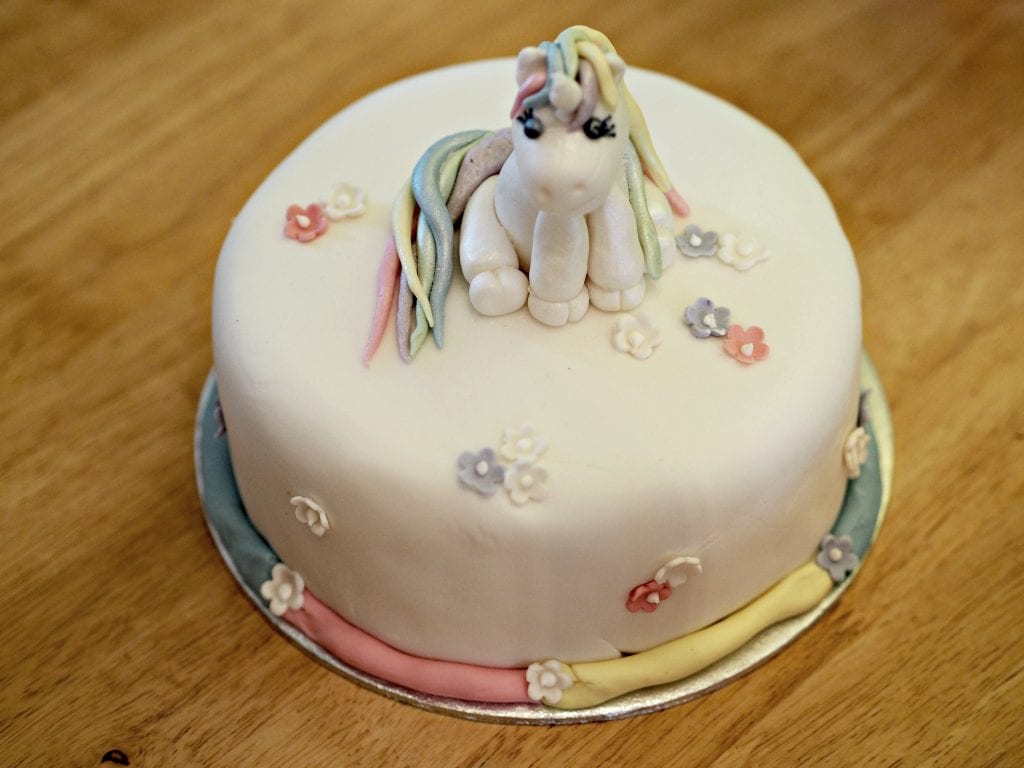 My mother-in-law also made me a really fun unicorn cake and my husband a chocolate cake, so I was a very lucky girl on the cake front too. 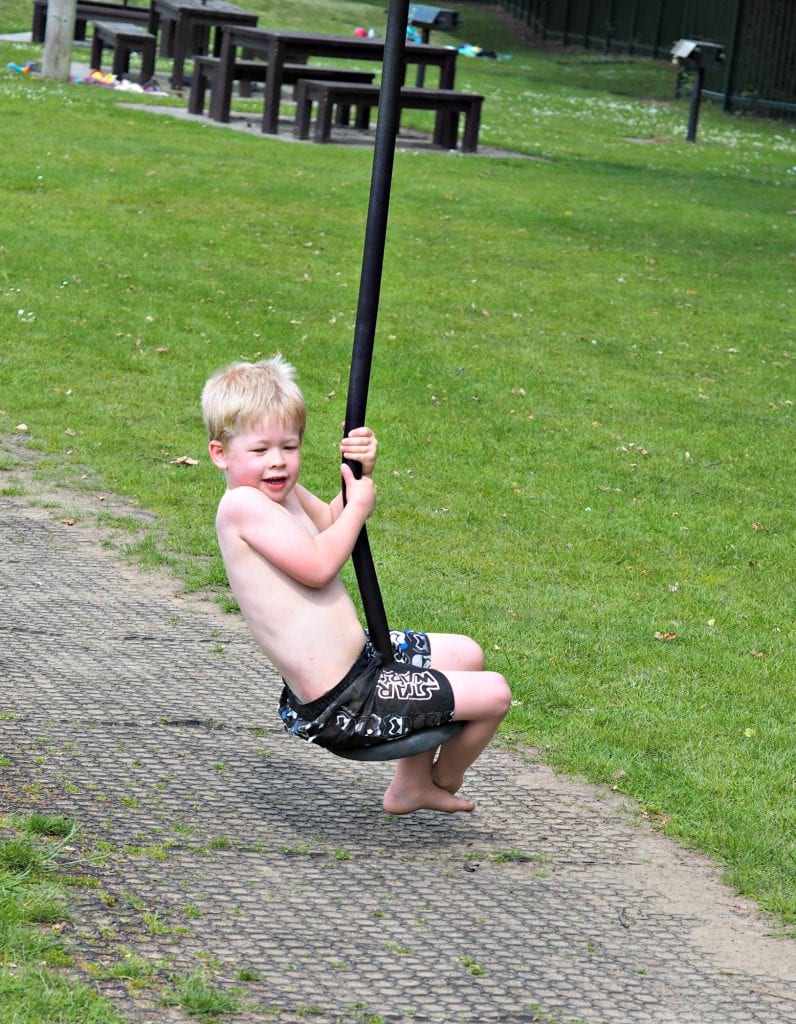 Half term wasn’t as exciting as it could have been, because up until the Wednesday I wasn’t sure if Aria might still be contagious from having the chicken pox. But on Thursday we did make it out to play in a local park with friends in the sunshine. It’s a really great park actually that has a splash pad, zip wires and sand pit so the children had a great time. On the Friday we met another friend for tea and a play in her garden.

Over the weekend we caught up with my family and the children’s cousins for a barbecue. Lots of playing, some extra presents for Aria and ice creams. Monday was an inset day, and I have been promising Logan a trip to Legoland since the start of the season. We went in the hope of trying out the new Ninjago ride, but the queue was just too long, so I will take him back when the excitement over a new ride has calmed down. We have a great day the three of us though and it was so nice to have that extra day of Logan time. 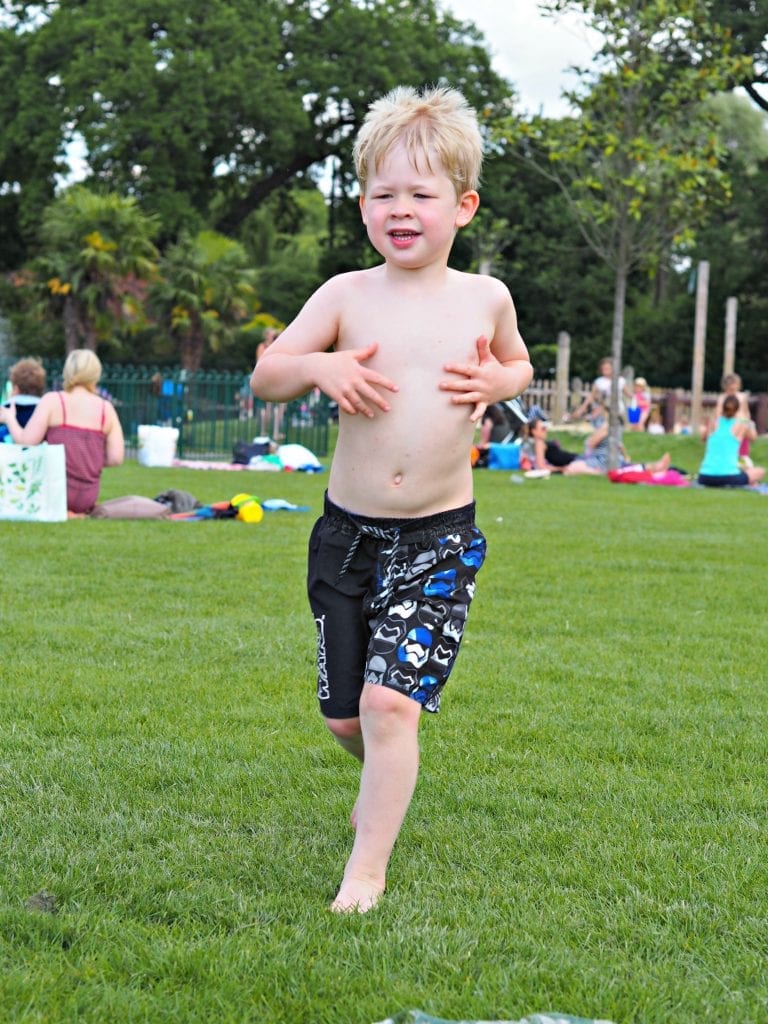