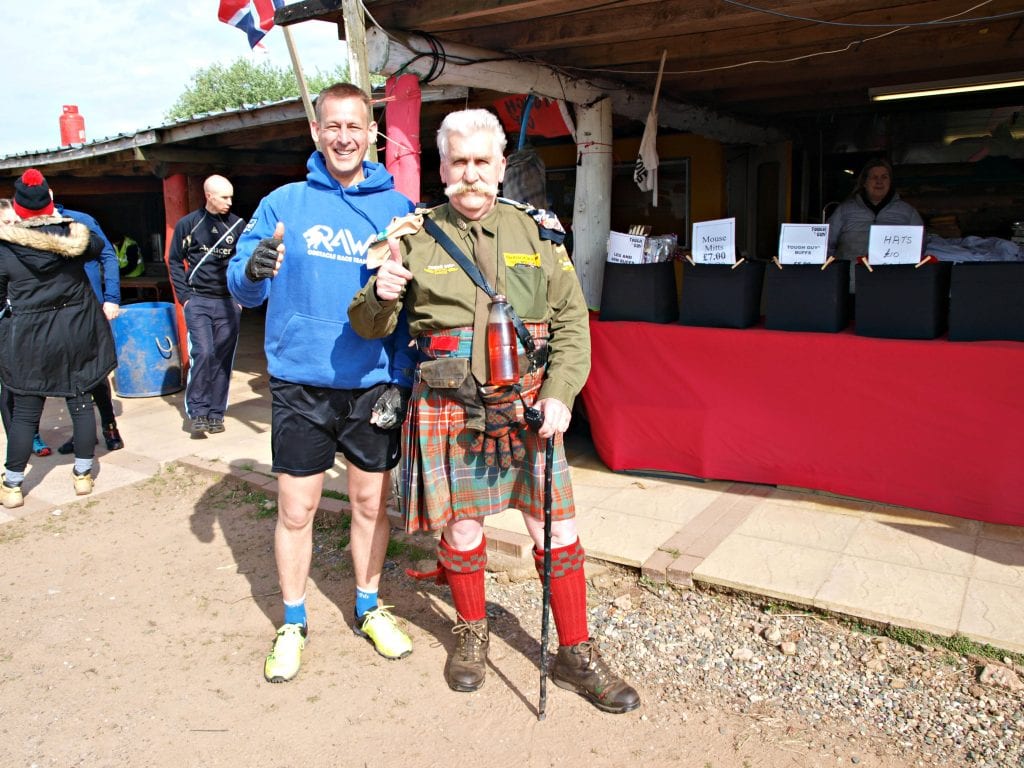 Obstacle Racing, it’s a confusing business really. Not 6 months ago I stood atop the legendary start hill at Tough Guy near enough welling up at the thought of it being the last Tough Guy ever. The news had come out mid year that there would be no more of the original obstacle race and I don’t mind admitting, it made me very sad. Not being interested in the politics of the OCR scene it had all come as a bit of a shock.

Imagine my surprise when less than 2 weeks later I found myself booking an event called Mr Mouse’s Mudathon on the very same horse farm for the last weekend in April. Superficially the ingredients were all there, Tough Guy obstacles, check, cryptic emails, check, the ever smiling and ever eccentric genius Mr Mouse, check. All the normal stuff was present, so what was going on?

My reading of events, and this may well be wrong, is that with the rise of the commercial ‘elite’ side of OCR (obstacle course racing) over the last few years, the Tough Guy team had grown tired. Each year there seems to be an arms race between the big players to come up with harder, more outlandish obstacles. Tough Guy was never about that. Yes, the obstacles were big, yes they were hard and yes, it pushed you to the limit but it was not about physicality, it was about mental toughness. But, more than that, it was about finding out about yourself. Somewhere in the mud and the cold, amidst the camaraderie of shared suffering, something would change within you. I know that it did for me, corny as it sounds. I also know people for whom it was just another race and I feel sorry for them. So things had to be reset and they were. There would be no more ‘Tough Guy’ just events for ORunners (as Mr Mouse calls us) focused around charitable work for ‘unfortunates’. I can definitely get behind that. 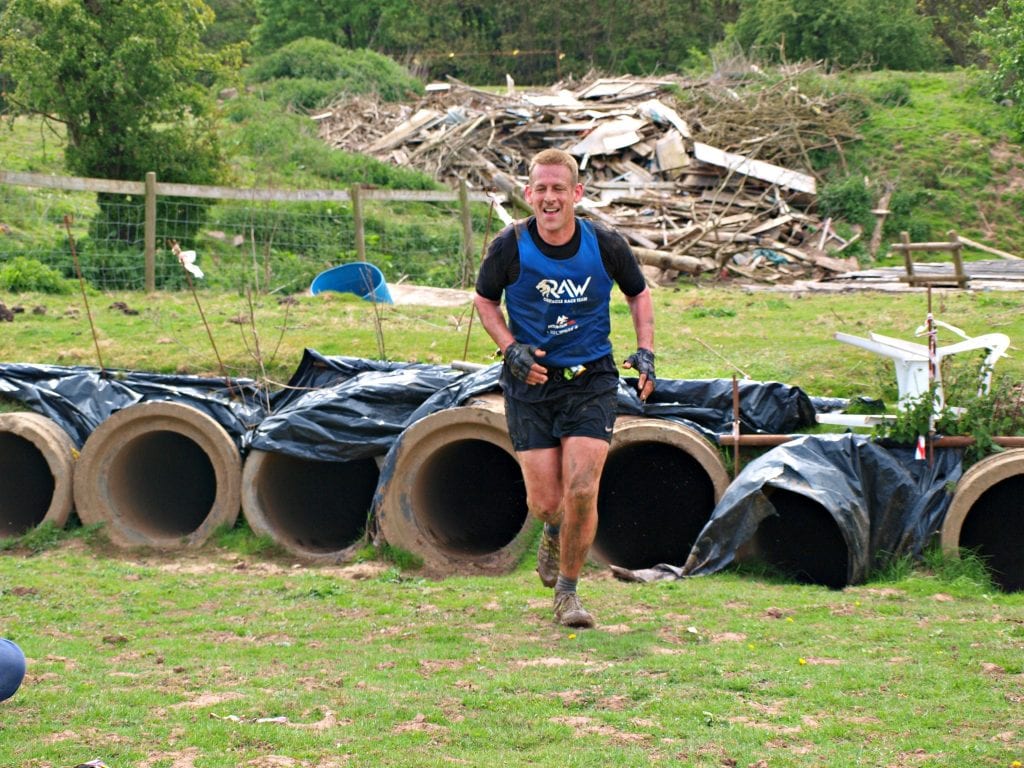 It was not at all surprising then that I once again stood atop the start hill last weekend. This time I wasn’t one of six thousand but one of a mere two hundred as the field was a lot smaller. Whenever I have been to Tough Guy before every inch of the site is heaving, this was a stark contrast and the place looked like a ghost town. My first thoughts were that the atmosphere that so characterises TG would not be present, but I need not have worried. It was not the same of course, nothing can beat the roar of six thousand other people tearing out into the country miles, but it still had that electric tension, the feeling that you’re about to go out and have a very special experience. When the start cannon fired my heart leapt.

The course itself was tough. It was a shortened version of the normal ‘country miles’ with the distance shaved from 16km to 10km to keep the obstacle density high. I may be in a minority but for me, I prefer the longer distance. The farm itself is a lovely place to run and, with the notable exception of the hill slaloms, I really enjoy that part of the race. I remember thinking as I came through the bluebell carpeted Big Bear Wood that there was really nowhere I’d rather be at that time. It was hard going though. The January event is normally mega muddy, but it’s been quite warm and dry the last few weeks. The result was very hard uneven dried mud to run on for large sections of the course, I knew a bad ankle sprain was only an unguarded moment away, but it’s Tough Guy, so it’s Tough!

The country miles seemed to finish too quickly and soon enough the massive Tiger A frame loomed above us, we had reached the killing fields. Here there was little that had been taken out. The Tough Guy course always has variations year on year, obstacles get rebuilt or changed but this had all the main features. The Tiger and the Behemoth formed the biggest set pieces but other favourites such as the Viet Cong Torture Chambers and dead leg swamp were there too. A lot of the water sections were closed, which is a shame but we still managed to get pretty wet and muddy. Dead leg swamp in particular was tortuous and involved more than a couple of falls.

It was not as hard as the January event but I don’t think it was designed to be. It’s a hard course and it tests you but Tough Guy has stopped playing in the OCR arms race and that’s a good thing. What we have instead is an event you can push hard on and still have a really good time. 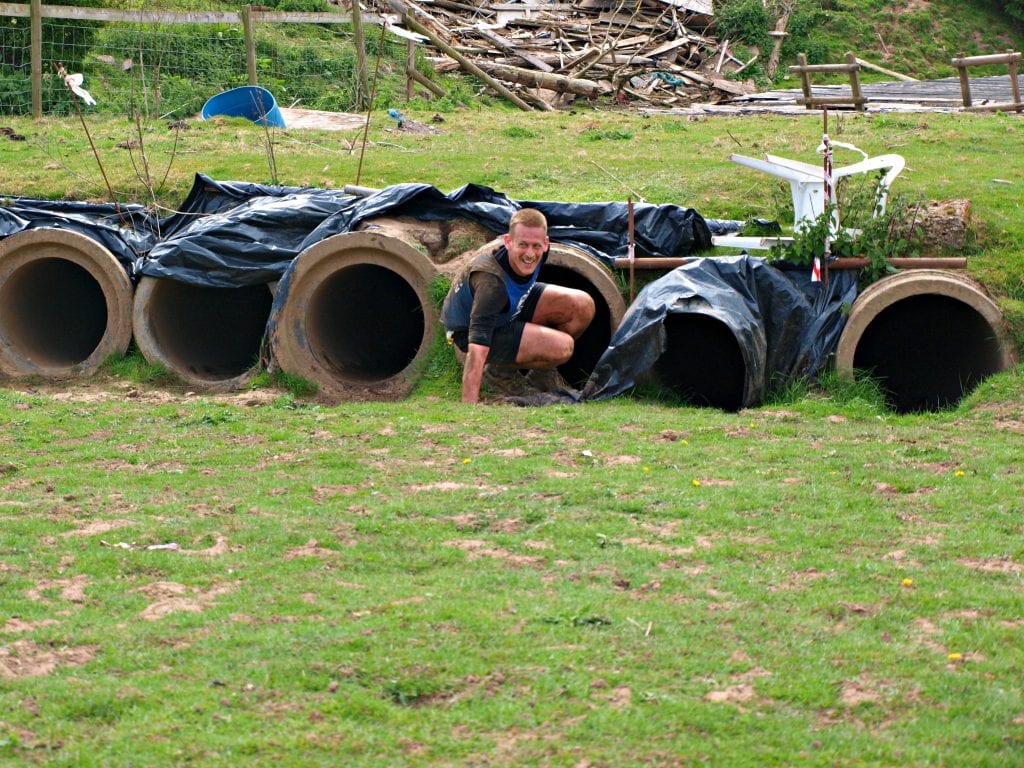 A highlight of it for me was that the Tough Kids event was running at the same time. The kids course intertwined with the full length race so that there were always kids out on the course with us. That made for a really great family atmosphere. As a dad of 2 I’d always hoped to take my kids out to Tough Guy at some point, to share with them the experiences I have had and, for the first time, I see how this could be a realistic possibility. I would far rather have a ‘tamer’ course and wider participation than see Tough Guy turn into a joyless contest of strength like a Spartan race.

Coming over the line felt like no less of an achievement than any other Tough Guy event I had signed up for (apart from the first maybe). Even though the medals were overstock from years before, I accepted my horse brass with pride.

Mr Mouse’s Mudathon was a brilliant event and I am super glad I got to run it. The atmosphere was perfect, the course challenging and there was no queuing for obstacles. I really could not have asked for any more. The run was everything I’ve always loved from Tough Guy and more. I’ve already signed up for the ‘war to end all wars’ next year, of course, I’m not sure what it will be like, but if the Mudathon is anything to go by it’ll be pretty special.