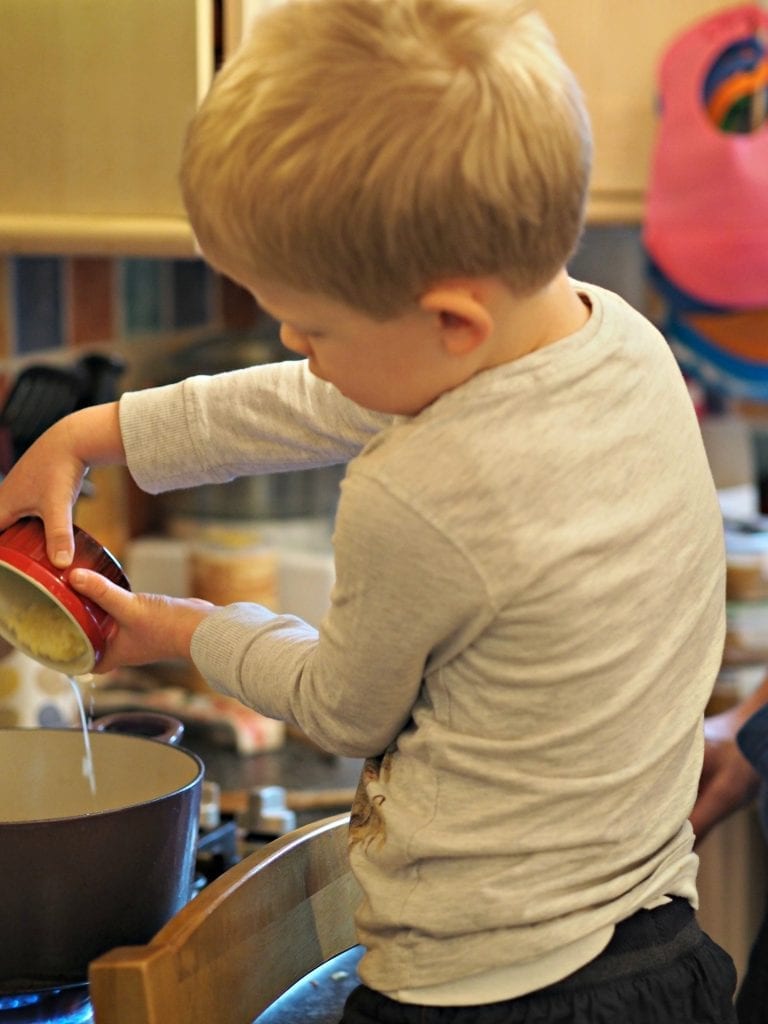 In my post a couple of weeks ago I talked about my new found love of ginger beer and the shortcomings of the various commercial offerings I’ve managed to find. I’ve since tried Belvoir as well and it’s still not really hitting what I want, the obvious solution is to make my own. This presents a problem, alcohol. I don’t drink or take alcohol in any form be that in food, beverages or mouthwash, I get an allergic reaction and end up very ill. Ginger beer is a product of fermentation, bread is as well, of course, but with ginger beer made the natural way there is a chance it would ferment into booze. In the old days the alcohol content was so low that the government class it as a soft drink (less than 5%) but for me the standard has to be higher. So I was left with two challenges, first, find out how to brew without alcohol and second how to check I had achieved the first aim.

Traditionally ginger beer is brewed with a culture that needs to be kept live. I looked into various methods of doing this, but none would deliver results in the timeframe I had in mind (between right now and yesterday) and so I shelved these for a later date. There is an ultra cheaty way that involves making a simple syrup and infusing ginger flavour before mixing with soda water. I knew this would work and deliver a virgin brew but it would fail on not having the wide flavour profile that a fermented drink would have. I finally found a middle ground in that there are a number of recipes which allow the brew to ferment, but using fresh ginger only. The main thing I got from the research was that the likelihood of there being booze produced increased as the sugar level increased. So I found a basic recipe and reduced the sugar, to be on the safe side.

In terms of testing whether I had inadvertently created an alcoholic brew, a friend with wine making expertise came to the rescue. A device called a Hydrometer can measure this, a quick check of a popular online retailer sorted that out pretty quickly.

So, I took the recipe and made the following changes. I decided to use muscovado sugar as I thought it would impart a nice dark caramel tone to the flavour. I knew that I wanted a fierce gingery bite so I tripled the amount of fresh ginger and I used filtered tap water rather than well water as I do not have a well, just some large puddles.

So here is the recipe, it’s pretty easy to make and was quite good fun although I was sick of grating ginger by the end. One caveat, as part of the fermentation process and, I suspect, to counteract the harshness of the ginger, ginger beer is loaded with sugar. I would have this as an evening cooler but not in quantity and I most certainly would not give this to kids. 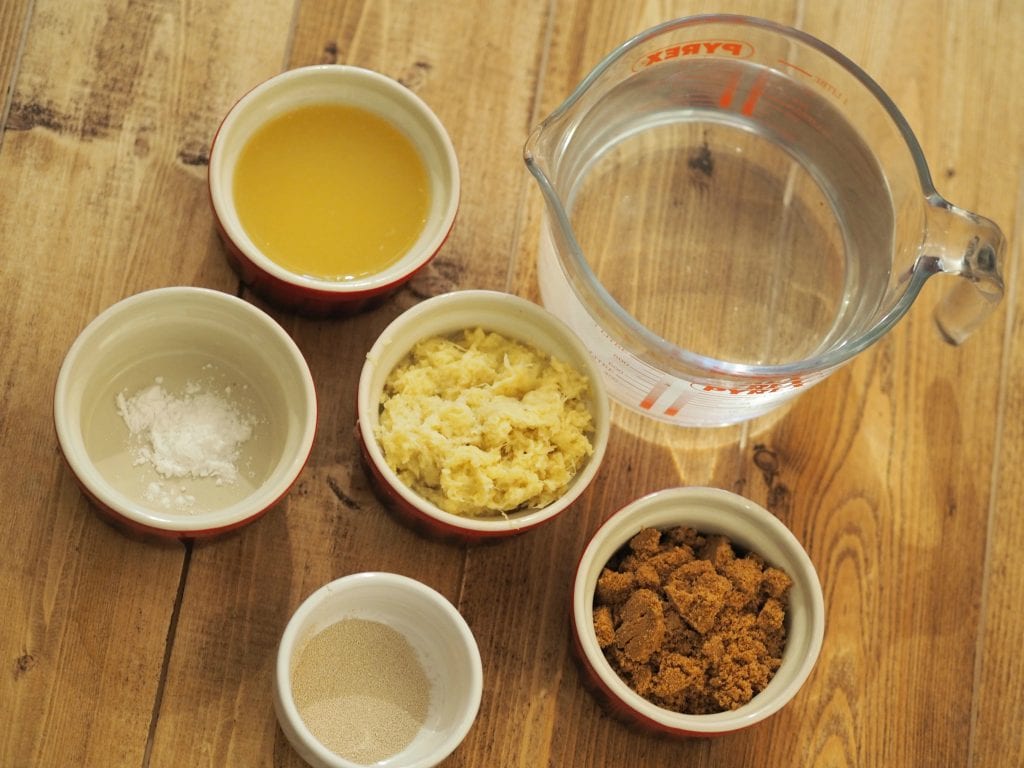 1. Heat 4 cups of the water, the cream of tartar, the lemon juice and the ginger and bring it to a rolling boil. Any pan will do for this, I used a Le Creuset casserole as it has a nice heavy lid.

2. When the mixture boils, reduce the heat and stir in the sugar, once it has dissolved turn the heat off.

3. Let the temperature come down to luke warm (about 30 celsius) and then mix in the yeast.

4. Cover with a damp tea towel, put the lid on and leave in the dark for 3 or so hours.

For the next stage get 2 plastic lemonade bottles ready, the mixture makes just under 2 litres of ginger beer but you want to make sure there is space left in the bottle for the gas that is produced. Make sure the bottles are clean.

5. Pour the mixture through a strainer into a jug. The aim is to get the ginger shreddings out of the liquid.

6. From the jug pour half the mixture into each of the bottles.

7. Seal the bottles and put into a warm dry room.

About 3 times a day go to the bottles and release the caps to let the fermenting gases out, if this does not happen they will explode. Never use glass bottles for this reason, it can be decanted into them later, but not at this stage.

After 3 days of fervent fermentation and a lot of strange yeasty smells in my store cupboard, it was finally time to test the ginger beer for taste and alcohol. One thing I would note is that the fermentation produced a massive amount of gas which meant having to open the bottles at least twice a day. There is no way this should be made in glass bottles, at all. 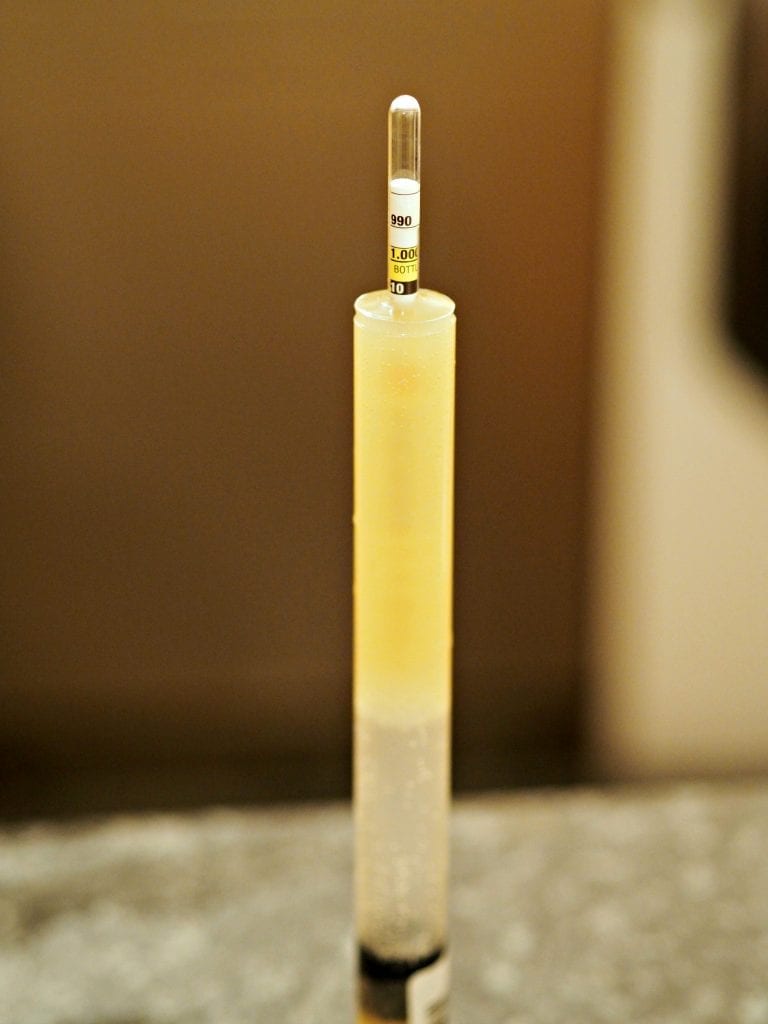 With excitement I read the instructions of the hydrometer ready to test the ginger beer. It was here I hit my first snag. The hydrometer measures a quality of a liquid called specific gravity. The specific gravity of water is 1, as you add sugar this changes. As the fermentation process completes and the yeast consumes the sugar the specific gravity changes throughout the process. When it is measured at the end of fermentation, the change in specific gravity can be used to calculate the alcohol content. Ah. So on reading this at the end of fermentation I realised I’d made something of a boo boo. I had not measured at the start and therefore no comparison was possible. I took a picture anyway as it looks all cool and science-y. If people are skim reading this they might see that and think I know what I’m talking about (rather than read this bit and realise I’m a goon).

I thought what I’d do is taste a tiny amount and, on finding it was nice, would then make another batch and do the checks properly. That was all going swimmingly until the liquid hit the first taste bud of my mouth. I’ve tasted some disgusting things in my time but this was a real prize winner. The initial taste was of unsweetened lemon juice (because I’d upped the lemon juice and reduced the sugar) followed by a ginger burn that lasted a good few minutes (massive increase in ginger compared to what the recipe called for) followed by a stale yeasty fug. Utterly gross. Within minutes the rest of it was down the sink. So, lessons learned here were:

1. Read instructions on any tools you are using
2. Follow any recipe to the letter if it’s the first time
3. Possibly be a bit less cocky about my cooking skills.

Still, not everything can be a success and the cooking / science experiment aspect was a fun diversion for a Sunday afternoon. Now my only issue is the massive bowl of fresh ginger I have left (being convinced this was the start to my ginger beer empire) so I’ll probably plant some and see if it grows and use the rest in some later, equally foolhardy plan.