To Juice Or Not – My Thoughts on Sports & Doping 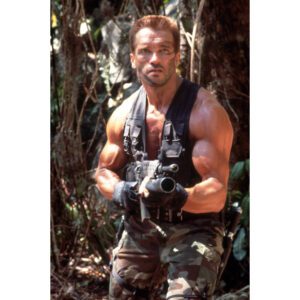 Image from The Telegraph

I was watching a classic 80’s action movie last weekend and I wondered if the hero had used steroids to maintain his very impressive physique. I did some net searching on this as I remember being disappointed to find that Arnie had done so in his 70s body building heyday. It made me think again about steroid use, indeed any use of performance enhancing drugs and how I felt about it. I started doing serious exercise on a bike, a road bike specifically and in cycling performance enhancing drugs have always been a hot topic. From the death of Tom Simpson on Mont Ventoux due to amphetamine abuse, through to the EPO scandals of the late 90s, medical enhancement has been the Bete Noir of professional cycling. For a while I hated the drugs, it’s why I stopped following the tour, you never really knew who had one, but as time went on, I began to think about the use of medical enhancement in more detail. My intention here is not to champion the use of medical enhancement but rather to start a discussion. Incidentally, I use the term ‘medical enhancement’ to encompass non-drug related doping techniques such as blood doping. Furthermore, this article is not simply focused on cycling.

I do always wonder what it would be like to see top flight atheletes boosted to the very limits of the human body competing at the highest levels. UFC with the strongest, fastest fighters, Atheletics with atheletes who have been able to take their training to the very limit of their bodies, cycling without the culture of secrecy that pervades because of the illegality. The spectacle alone could be amazing.

Another thing that occurs, particularly as I get older, is the difficulty in maintaining a level of fitness as the years go by. When athletes get older it becomes more difficult to manage levels of body fat and factors like sarcopenia start to have more of an impact on training. This is not about vanity, in case it appears to be motivated about looks, it’s about the ability to particpate in the sports I love in an effective way as time goes on.

Medical enhancement for those reasons alone is an alluring prospect, and yes, I have considered it. I am happy to use targeted nutrition products in training and active recovery, would a medicine that allowed my blood to carry more oxygen really a much further step on? If it is acceptable to give my muscles the exact protein balance they need after a workout, is it really wrong to give my body extra testosterone to allow me to train harder?

For me, right now, yes, it’s still not cool.

As a father of two I have to think about being there for my kids and so safety is paramount. Some enhancements may be marketed as safe with the dangers only becoming apparently latterly, in some cases athletes may even ignore the danger in search of that extra few percent performance on race day. I don’t believe that, long term, there can be a case made for safe doping.

Another fear I would have is that if doping were to become legitimate, everyone would have to do it. On reading an interview with disgraced cyclist Tyler Hamilton, a reason he gave for his own drug use was that he simply got tired of being exhausted and in pain and watching doped cyclists sail pass without a care. Although nobody forced Hamilton to shoot the EPO, it is clear that the widespread usage meant that to stay competitive (and this was his living) he had to take the drugs. It could be argued that he should have made a stand but this was his livelihood and a job he’d trained for since his youth. Was that a realistic expectation?

The chase would always be on for newer, better drugs and so the balance of power would shift towards teams / individuals with the most money, to buy the best drugs. The notion of rank outsiders coming from nowhere (though it may already be far fetched) would become a thing of the past and I can’t think of a sport that would not suffer for losing that sense of anything being possible.

But most of all, it’s fairness. I was always taught that if you have to cheat to win, then you haven’t won. No matter how many times I toss it round in my head, I can’t think about medical enhancement as anything other than cheating. The line may be thin between top end nutrition and training technique and doping, but the line is most definitely there. I can see why people would choose to enhance themselves medically and I find it hard to condemn out of hand but when it comes down to it, for me, some things will always just be wrong.