*Disclosure: We were sent the Thumbsie thumb guards for the purpose of this review, however, all opinions are my own. 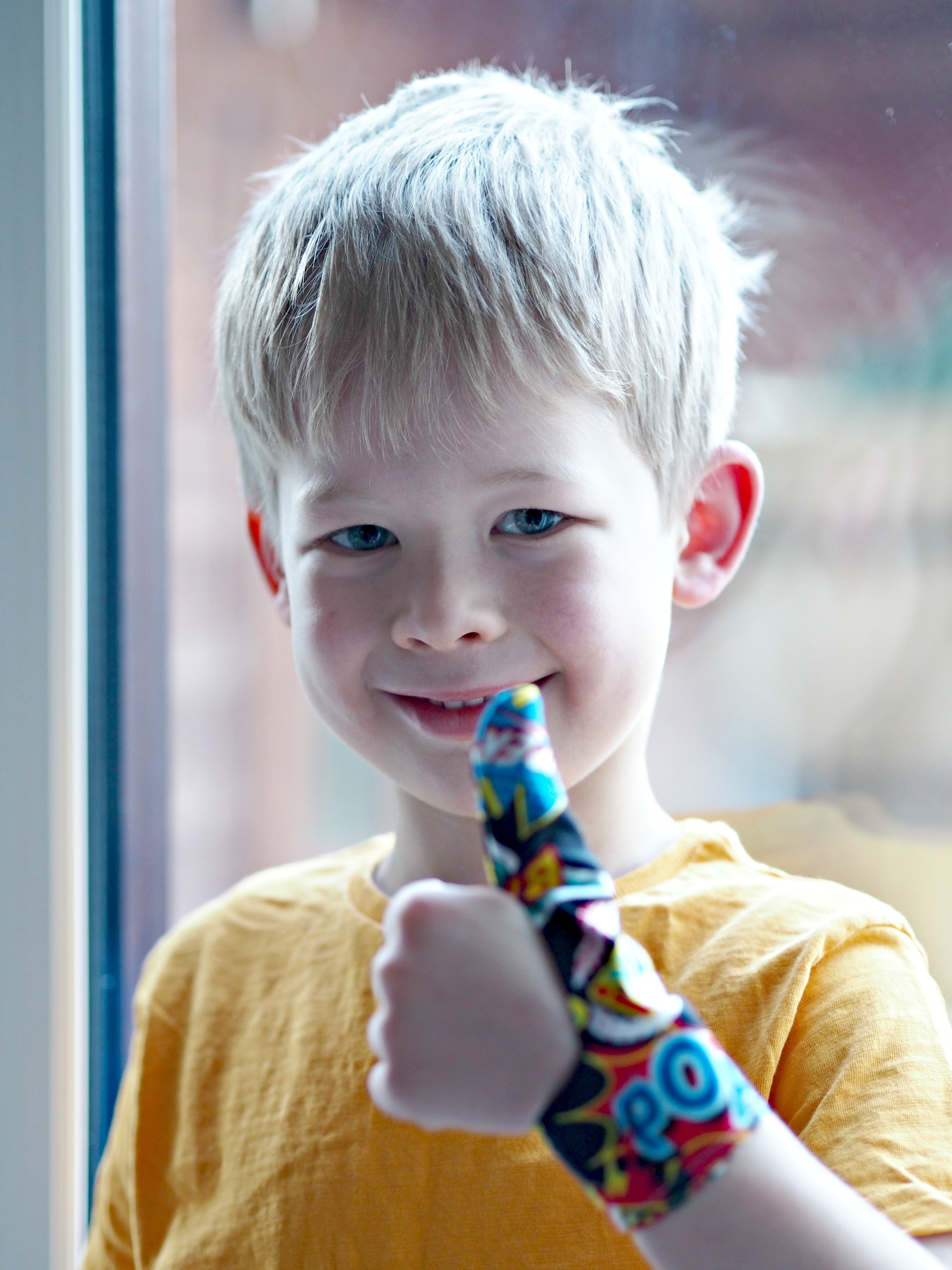 If you follow my Facebook page, you will know that I have been trying to get my son to stop sucking his thumb for a while now, and have been reaching out to other parents for advice on how to manage it.

Ever since he was born, Logan has sucked his thumb. I remember when he was a tiny baby someone said to me, it’s much easier to get them to stop sucking a dummy rather than a thumb (they were right), and I spent one evening trying to replace his thumb with a dummy. It was a futile exercise and he spat it out every time I tried, I gave up in the end.

A fact for you, a lot of babies actually suck their thumbs in the womb and it is something a child instinctively does to self soothe and comfort themselves.

I’ve tried a few times to get him to stop sucking his thumb, but with very little luck. As it is something that he does to comfort himself, it was something I wanted to do kindly. It’s not just a bad habit, you’re taking away a crutch that has been a friend to your child.

The main two things I tried were the awful nail varnish that is meant to make the thumb taste too disgusting to suck – which he just either sucked off or got used to the flavour. Or gently reminding him whenever he was doing in a bid to make him aware that he was actually sucking his thumb – this didn’t work either as his thumb was just like a boomerang and back in his mouth often a minute later.

A New Approach with Thumbsie 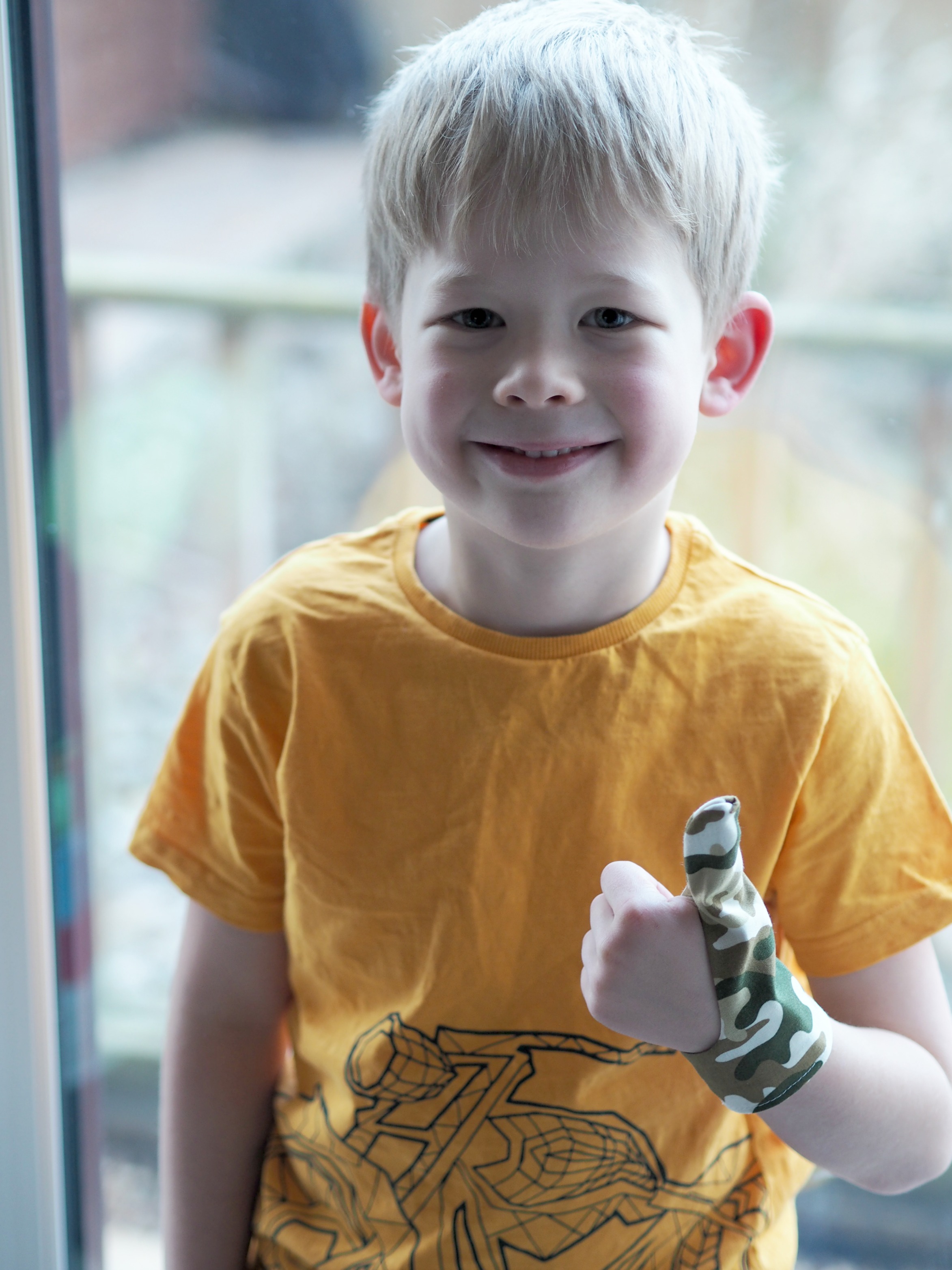 When he turned 7 I decided this was something we needed to tackle. I was worried about his teeth as he now has two ‘big teeth’ and also hygiene reasons. I am convinced it won’t be helping with the spread of the dreaded sickness bugs that seem to sweep through schools. But also I didn’t want him to still be sucking his thumb as an adult, I wanted to help him tackle the issue now.

At around this time I came across Thumbsie. Thumbsie is a thumb guard created by entrepreneur Jo Bates, who originally created them to stop her daughter from sucking her thumb. They are a material thumb guard that goes over your child’s thumb and fastens around their wrist. They come in all sorts of prints and designs, even school uniform themed if your child is of school age.

We were sent a pack of three to help Logan to stop sucking his thumb. If you are in the same position that I was in, here are my top tips on how to get an older child to stop sucking their thumb with Thumbsie. But they should work with younger children too. 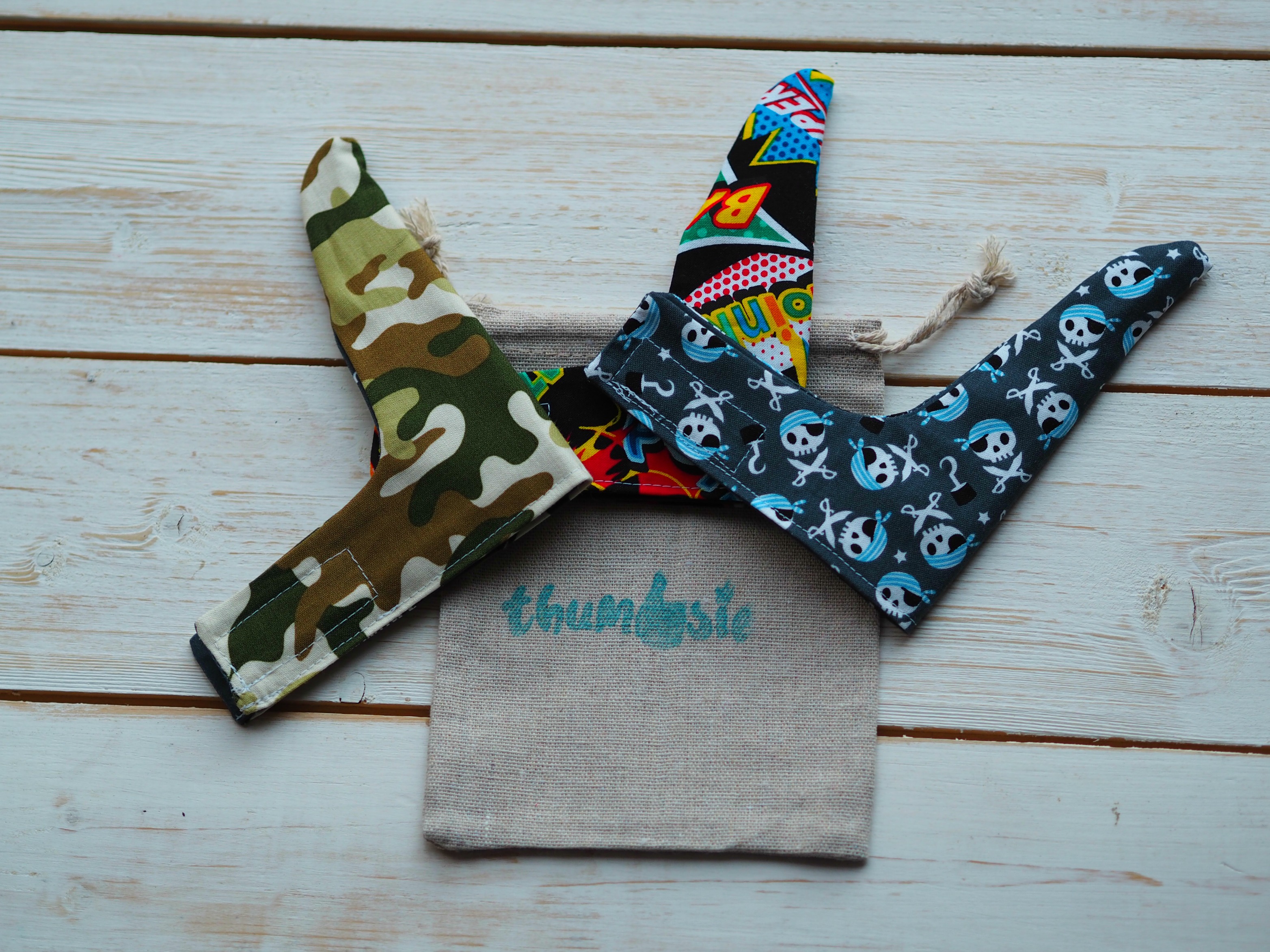 Tips to get your child to stop sucking their thumb

We did it! I’ll be honest with you, there really was a few times when I didn’t think we would manage it. I was also worried if the thumb guard failed where we would go from here as the next step and whether we would have to just give up on giving up. But it was so worth persevering for. 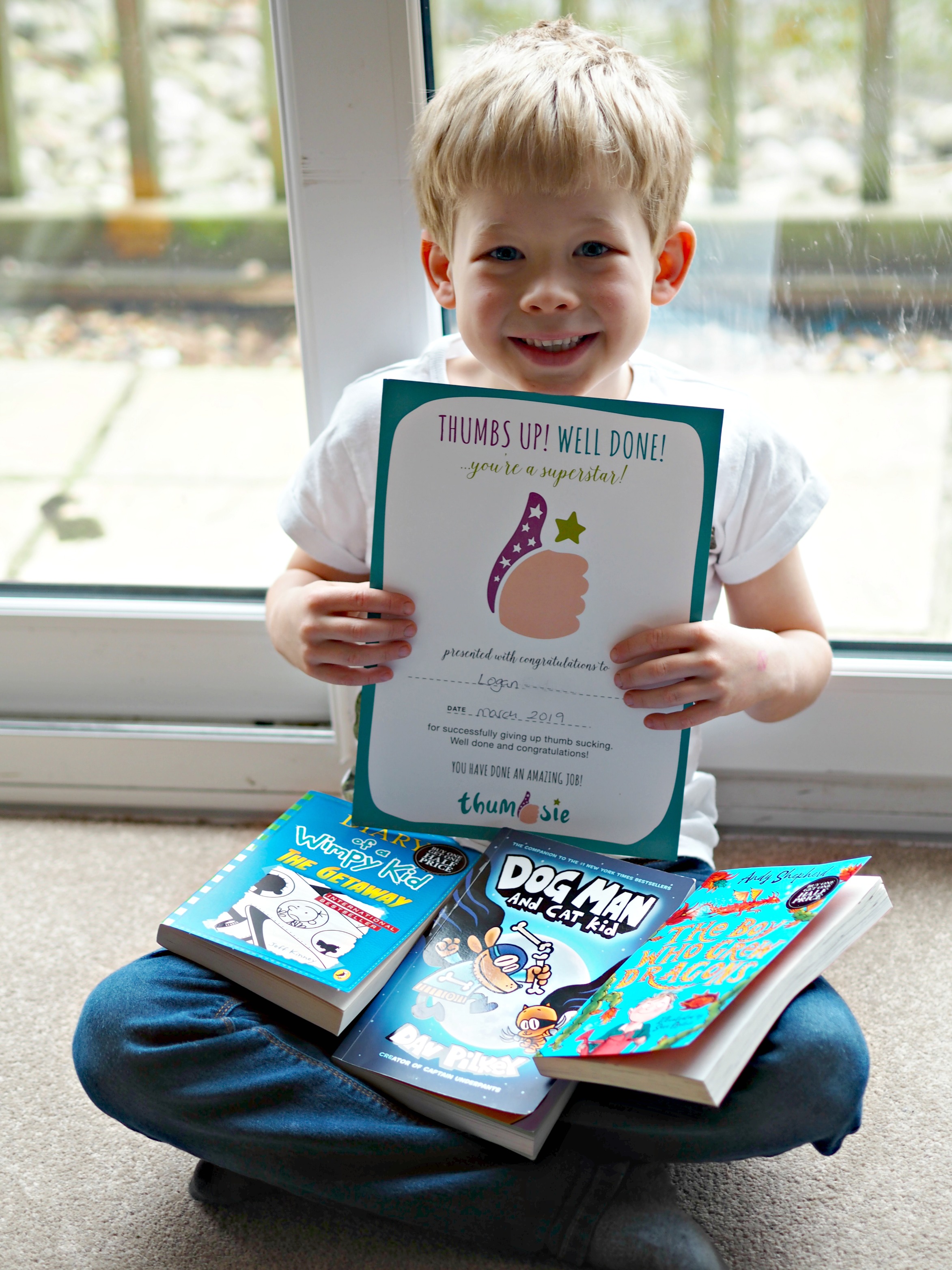 What made it really worth it was Logan’s face when he eventually achieved his goal. I think there was a part of him that also thought he wouldn’t manage it. To actually work hard and consistently strive towards a goal and eventually achieve it was a really good lesson for him to learn and really helped to bolster his self confidence. Here is his success certificate and the books he choose when we went to the book shop.