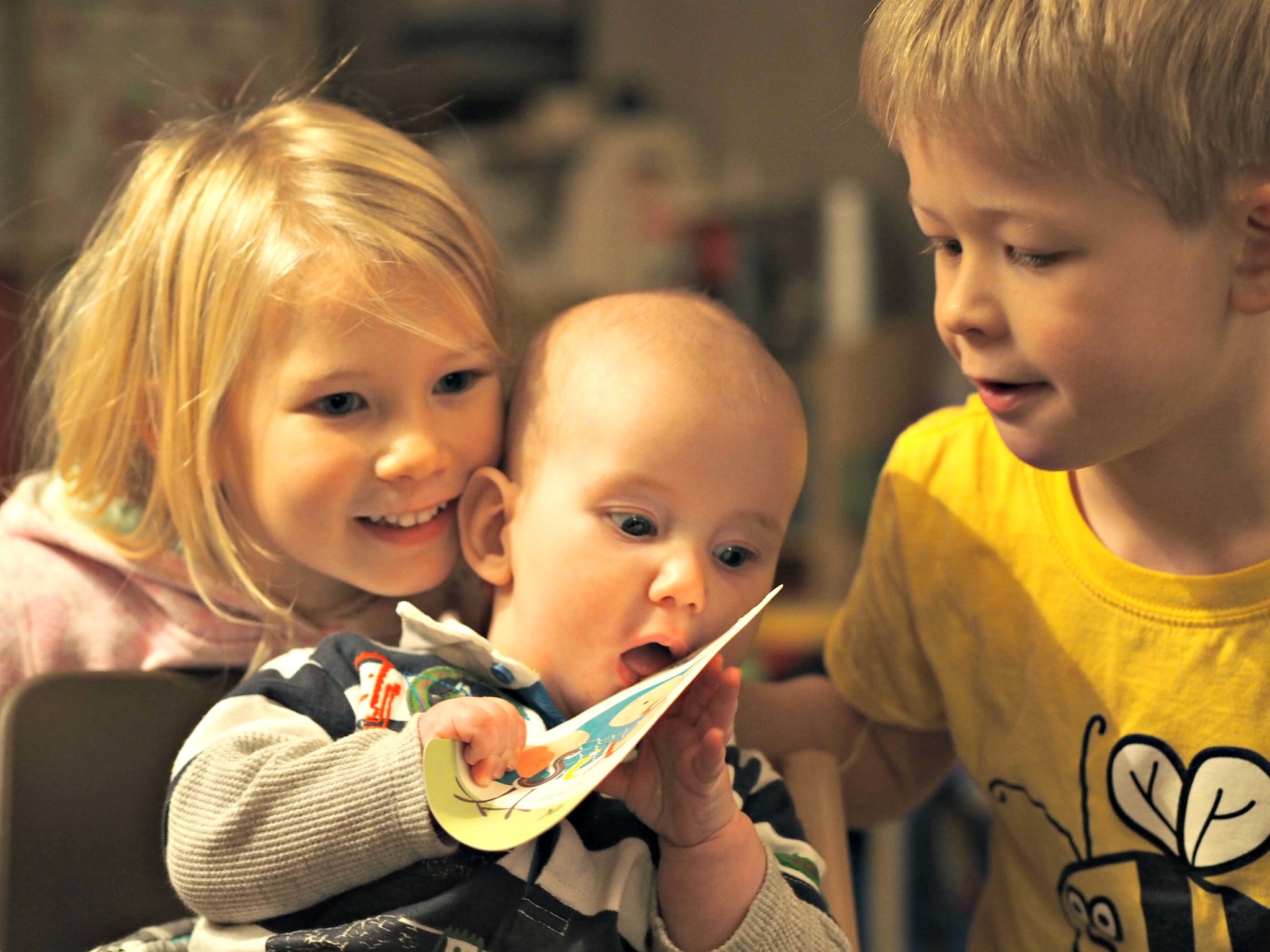 Wow, half a year already! The same time again and I’ll be talking about a birthday party. It never fails to amaze me just how fast time goes once you have children. But what a joy Bo has brought to our lives in these past six months. I think it’s fair to say we all love him and I have been completely taken aback how Logan and Aria have totally embraced Bo into their lives and love him so much. They rush to come in and see him in the morning, fetch him toys when he is crying, and always want to help him out. It’s really lovely. Things may indeed change once he is crawling and stealing their toys, or messing up their Lego creations, but for now I shall enjoy it.

This has been a big month for Bo, we started weaning – the foods he has tried so far are – baby rice, baby porridge, banana, pear, apple, parsnip, carrot and rice cakes. So far Bo is not really a fan of anything savoury and baby porridge and pear and banana have been his favourite. But last week I actually decided to stop weaning for a couple of days. 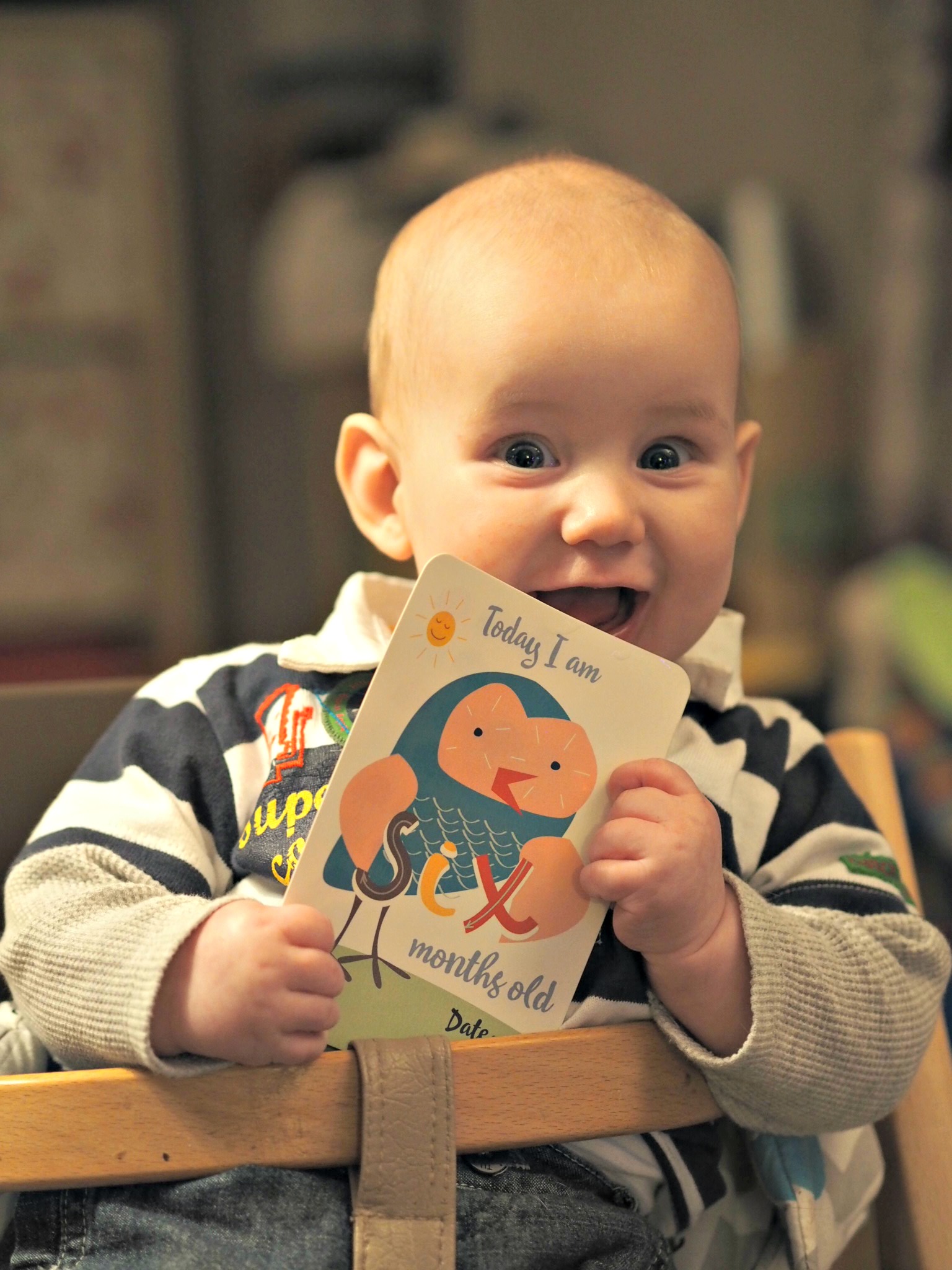 At first I thought Bo had a stomach bug as Aria had been unwell too, but he’s had an upset stomach and green nappies on and off for nearly two weeks now. I’ve recently started finding mucus in them which is often a sign of an allergy. He’s also had some awful nappy rash, although that seems to have cleared up now. I have a bit of a suspicion it may be banana, which is a shame as he loves it! But, as I was not sure what was going on with this stomach, I decided to take him off solids for a couple of days and put him fully back on milk temporarily. It’s definitely helped his stomach and as of yesterday I started with a little bit of baby porridge and again today. His stomach still isn’t quite right, so I’m really not sure. I’m going to keep it to just that and if after a couple of days things aren’t right I’m going to give the health visitor a call for advice. 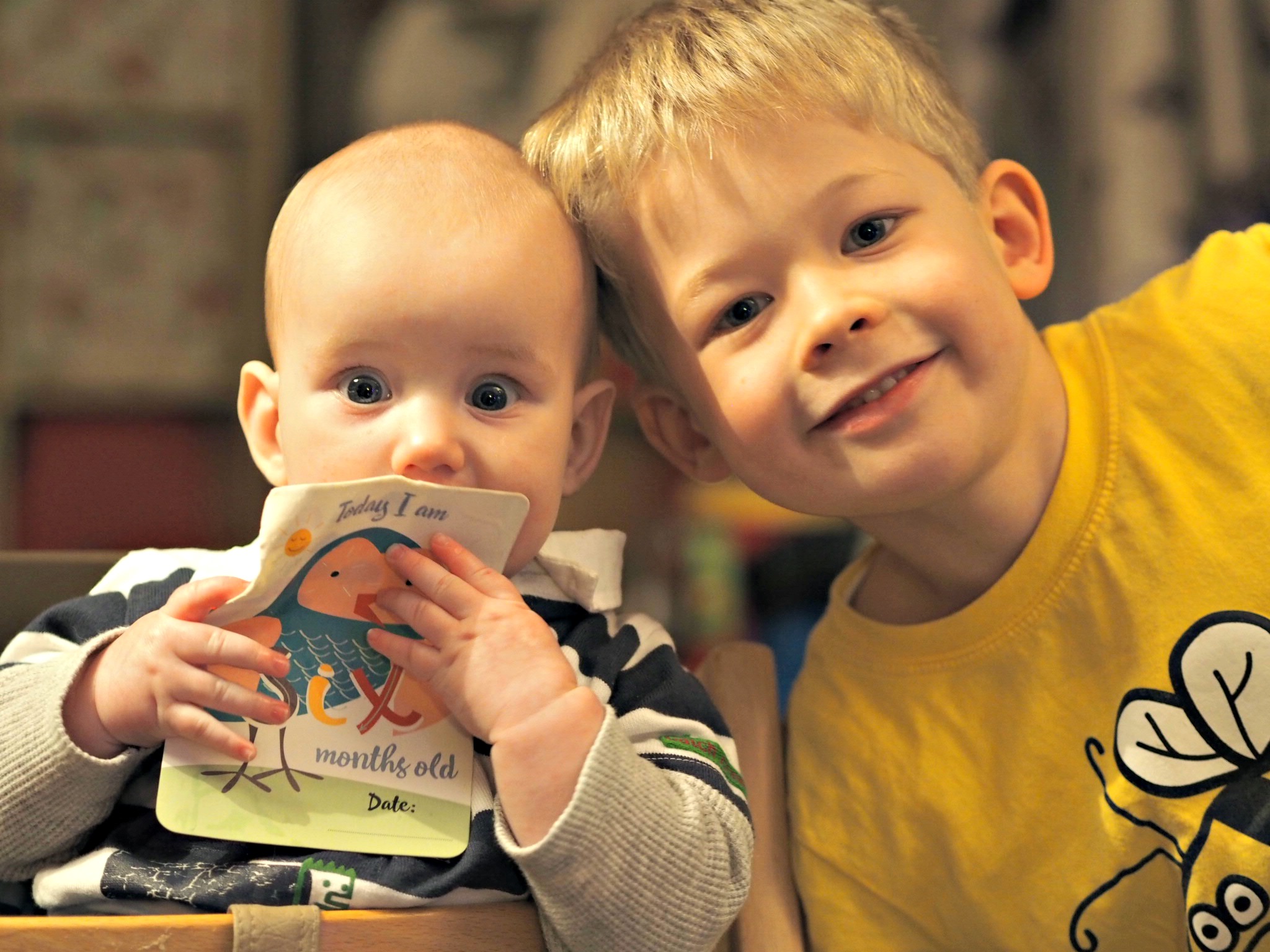 In other areas, this month Bo has started wanting to stand up and loves it when I hold him under his arms and he can stand up and look around. He’s really got into the jumperoo and loves a good jump and play in it. His sleep routine is so much more established and he has a morning and lunchtime nap and to bed a by 7, followed by a bottle at about 10 and usually through then until the morning. There are some evenings especially when his tummy has been bad that he has ended up down with us, but for the most part he’s sleeping really well.

He’s wearing 6-9 month clothes, all of the 3-6 month are too small to him now and I’m not sure how long he’s going to be in 6-9 to be honest as he’s just so tall. Bodhi loves people and is very affectionate and smiley, he enjoys the school run and looking at the trees and meeting people. He loves cuddles and raspberries on his belly and generally chewing on things. His latest fascination is the Christmas tree lights.

What a fantastic 6 months it has been and we all can’t wait to share his first Christmas with him.