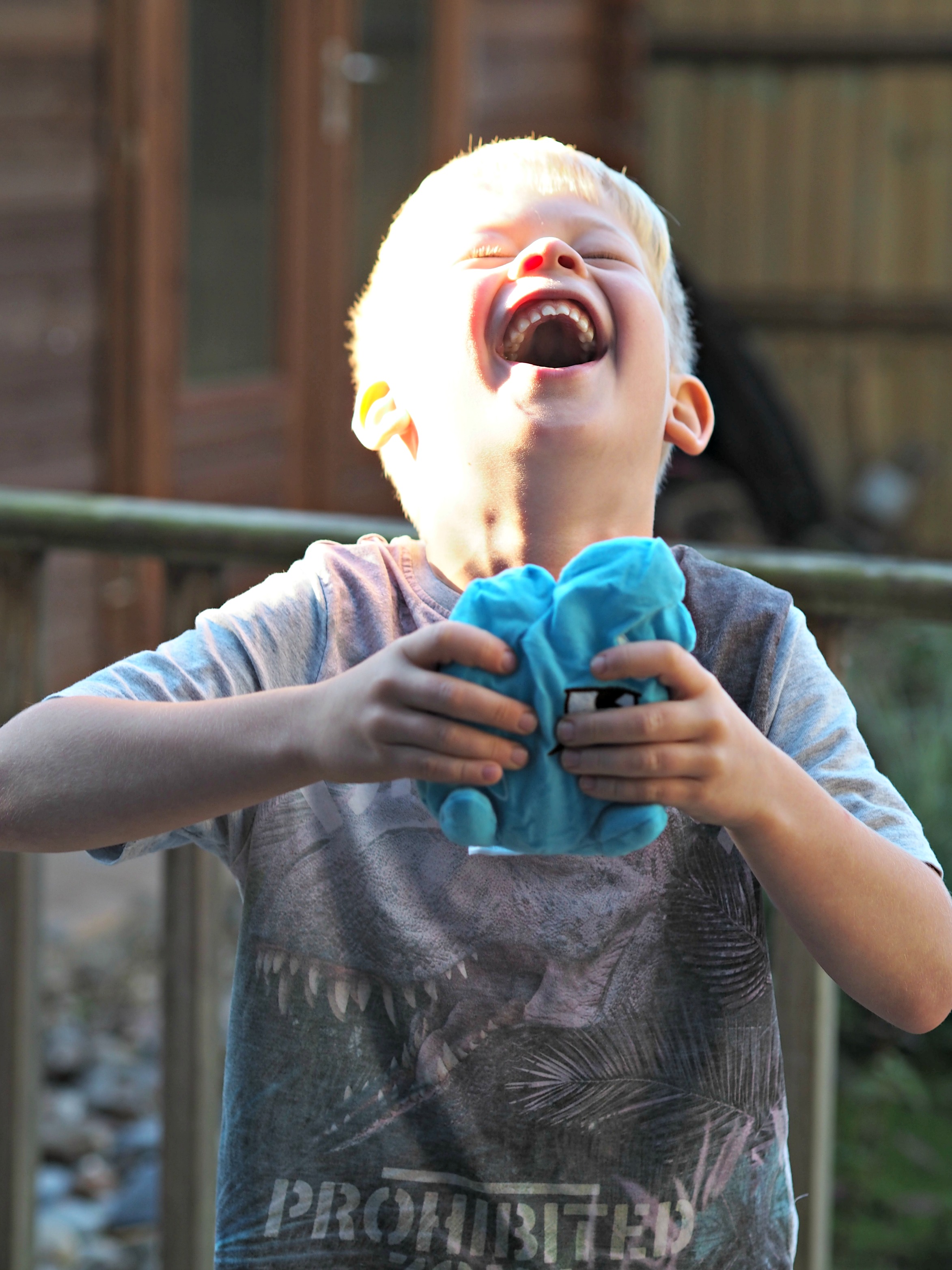 What is the one thing guaranteed to make a 7 year old laugh…. toilet humour. Farts, bottoms, willies, pants you name it when you’re 7 it is hysterical. The whoopee cushion he got for Christmas last year has given him no end of giggles and he regularly delights in putting it under the cushion on my seat. Honestly, even the word bum gets him in stitches.

So when Tomy sent us a box of goodies to introduce us into the world of Stink Bomz, I knew straight away that they would be a hit. 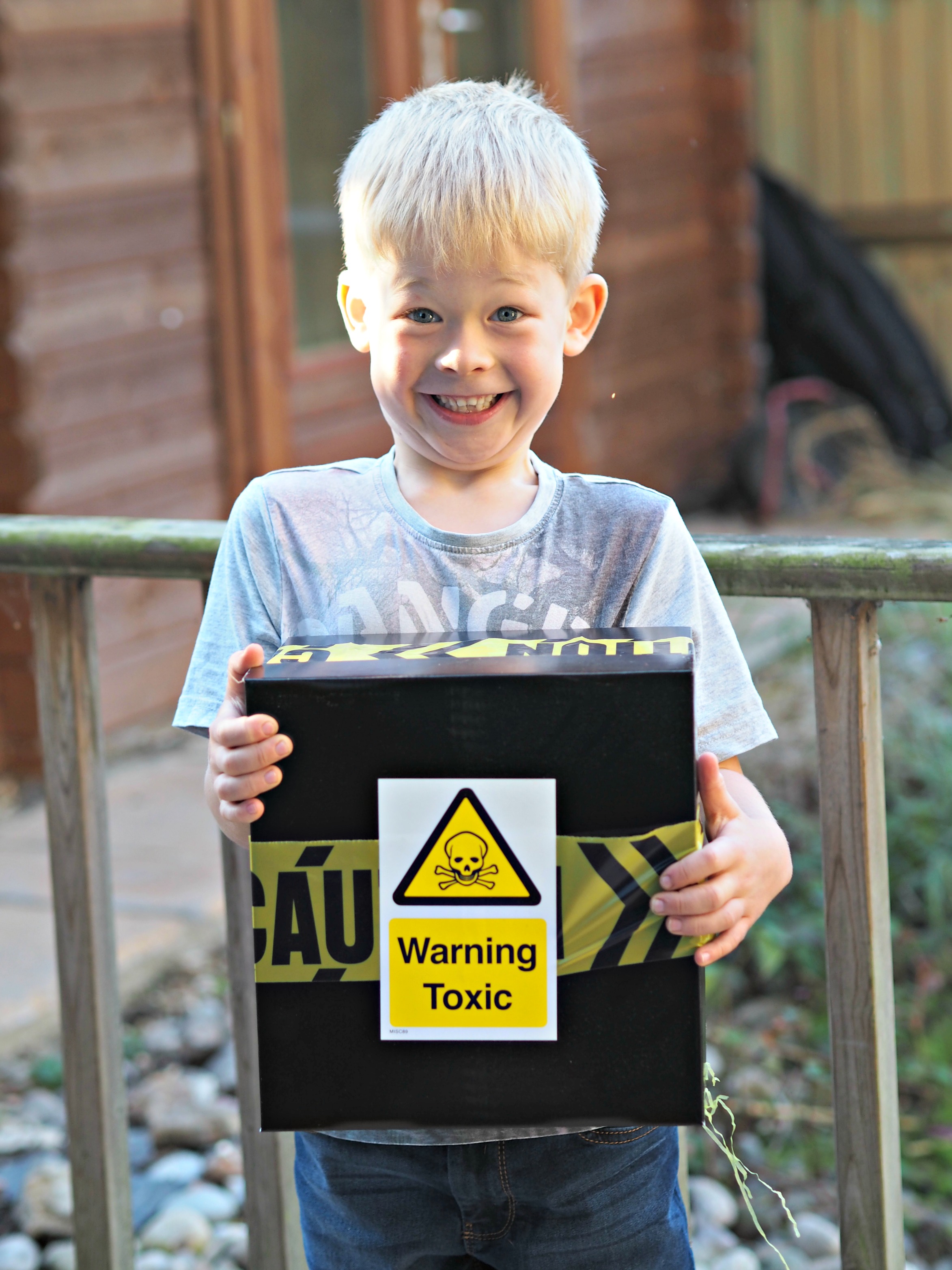 Just the fact they arrived in a ‘Warning Toxic’ box was enough to cause major excitement. He wanted to keep the box afterwards for ‘projects’. So what are Tomy Stink Bomz? They are you may have guessed from the name, toys that make fast noises. Not just any fart noise, oh no, each toy has it’s very own unique sound. Each toy is a different colour and style and all have their own name related to the sound that they make. For example you have ‘Sweaty’ – a way out of shape Stink Bomz who thinks eating healthy is putting broccoli on your pizza. ‘Mr Stinker’ who has a bit of a mean streak, he may try to hug you but watch out for that smell and well you get the picture, each toy has a farting story behind it. 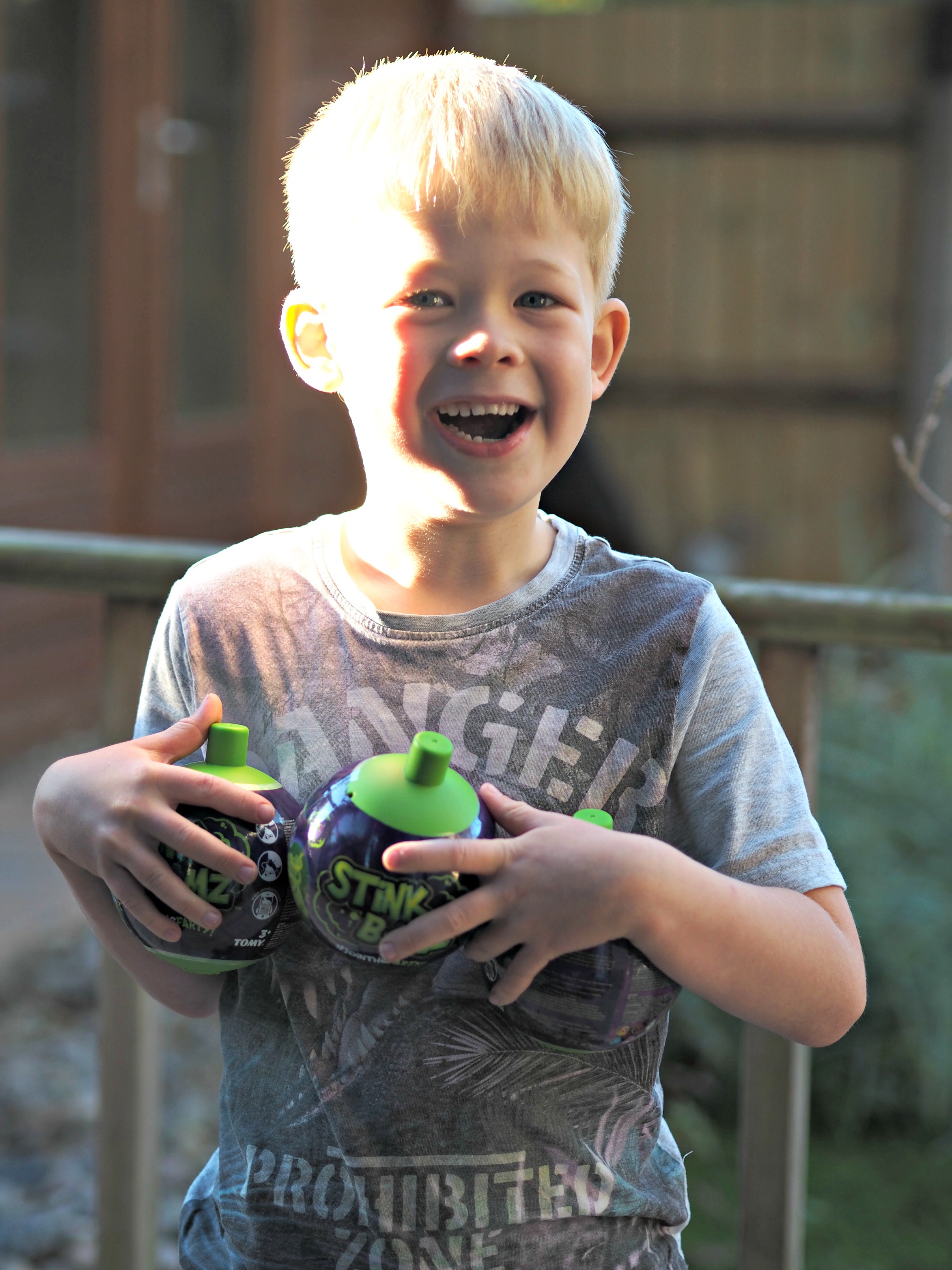 The Bomz come in green packaging that is also in the shape of a bomb, which Logan really liked. The packaging can also be reused either to put the toys back in and store them, or as Logan has been using them – pretending they are real stink bombs and chucking them into the room and pretending he’s stunk out the room. 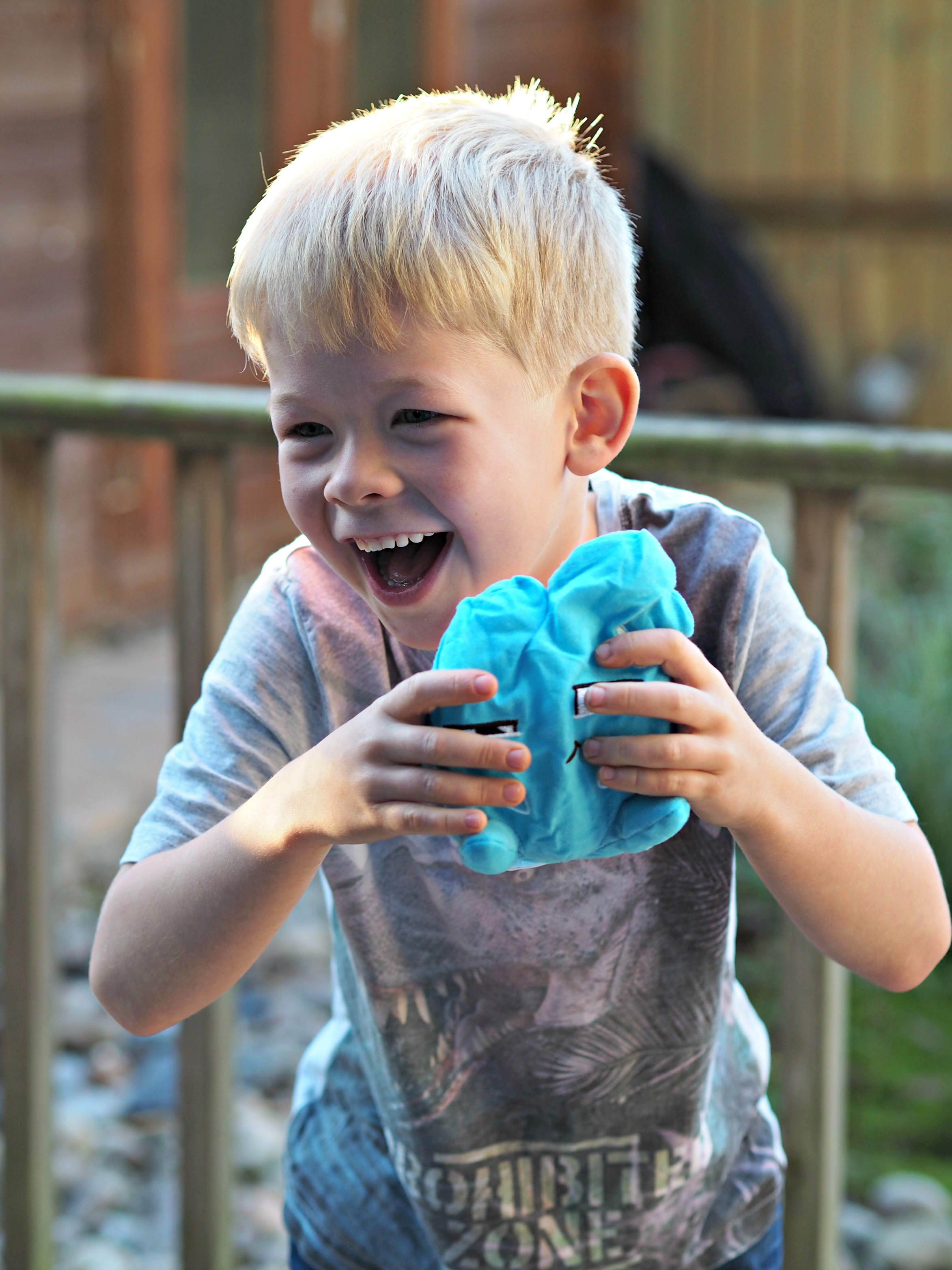 As well as each toy having its own sound when you squeeze, they all have their won smell. Now don’t worry they don’t smell of farts, although I think the Logan might have found it even more hysterical if they did. It’s described as a silly smell, but to be honest it’s more like a sweet smell and it’s nothing gross at all. 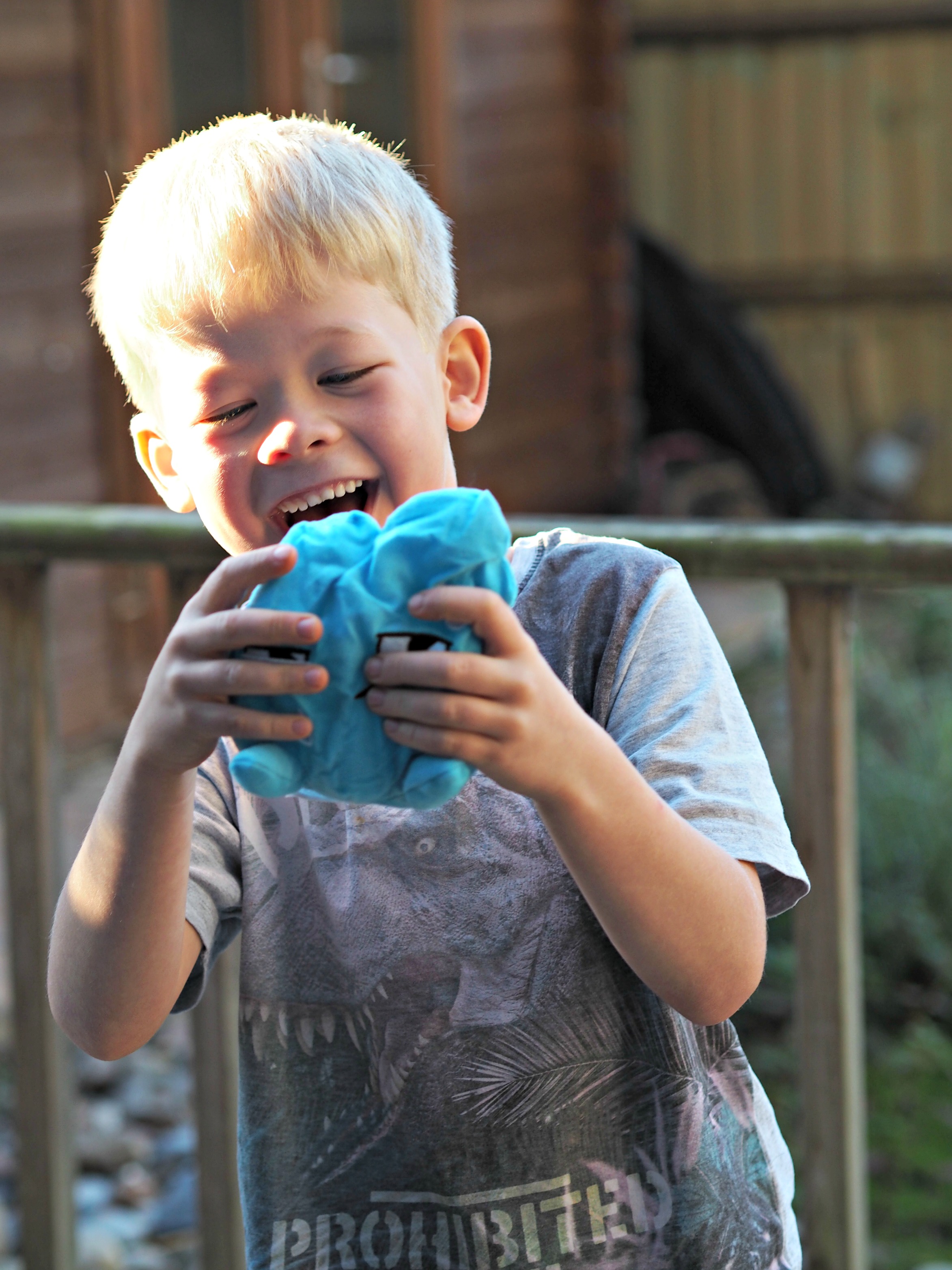 I think these photos show just how much of a hit these toys were in our house. Logan honestly thought they were hilarious and could not stop laughing when he squeezed them and the different noises came out. He’s equally got a lot of enjoyment out of playing with the packaging too. These would me a great gift or stocking filler for any child who thinks toilet humour is the funniest thing ever! 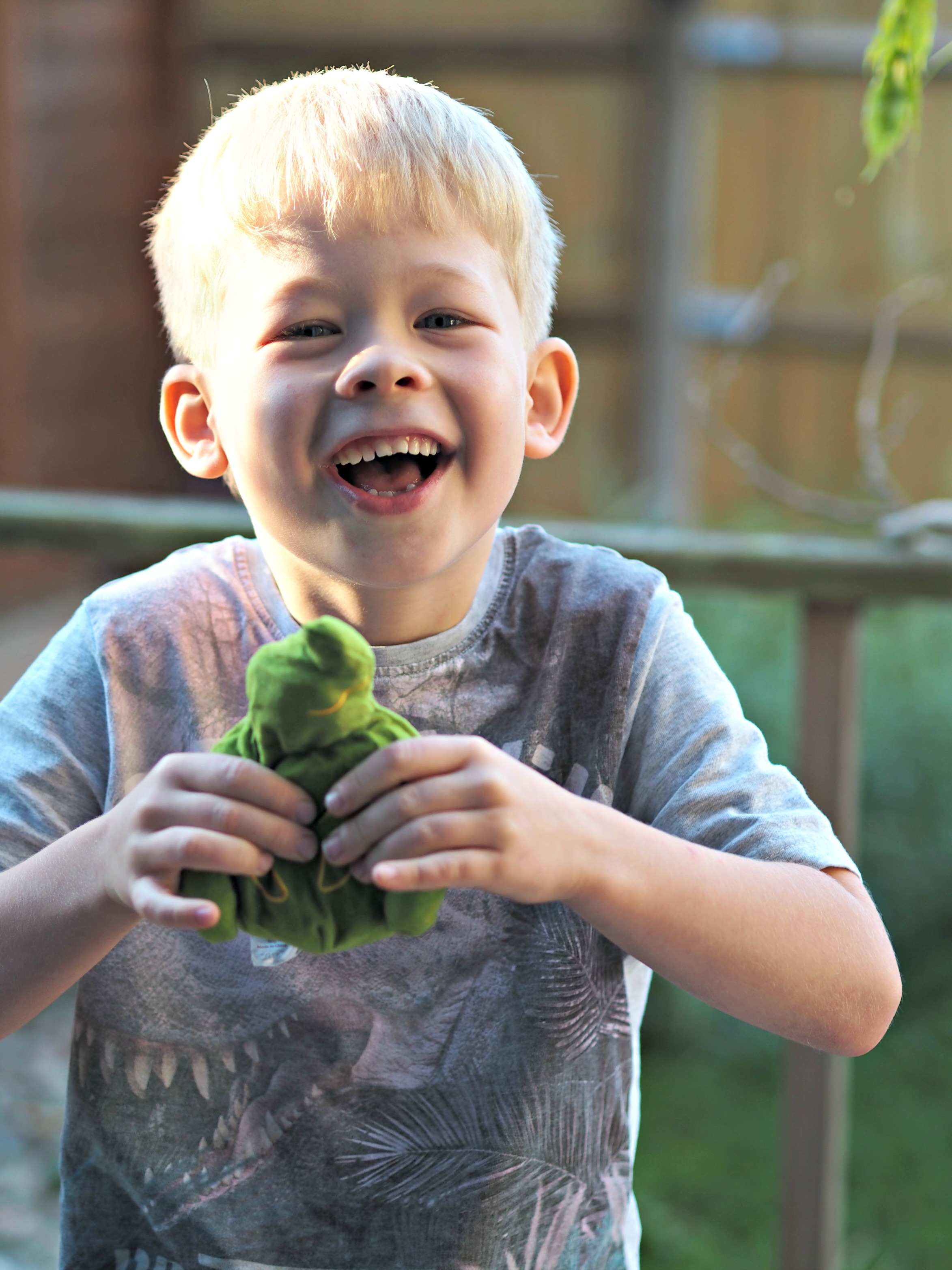