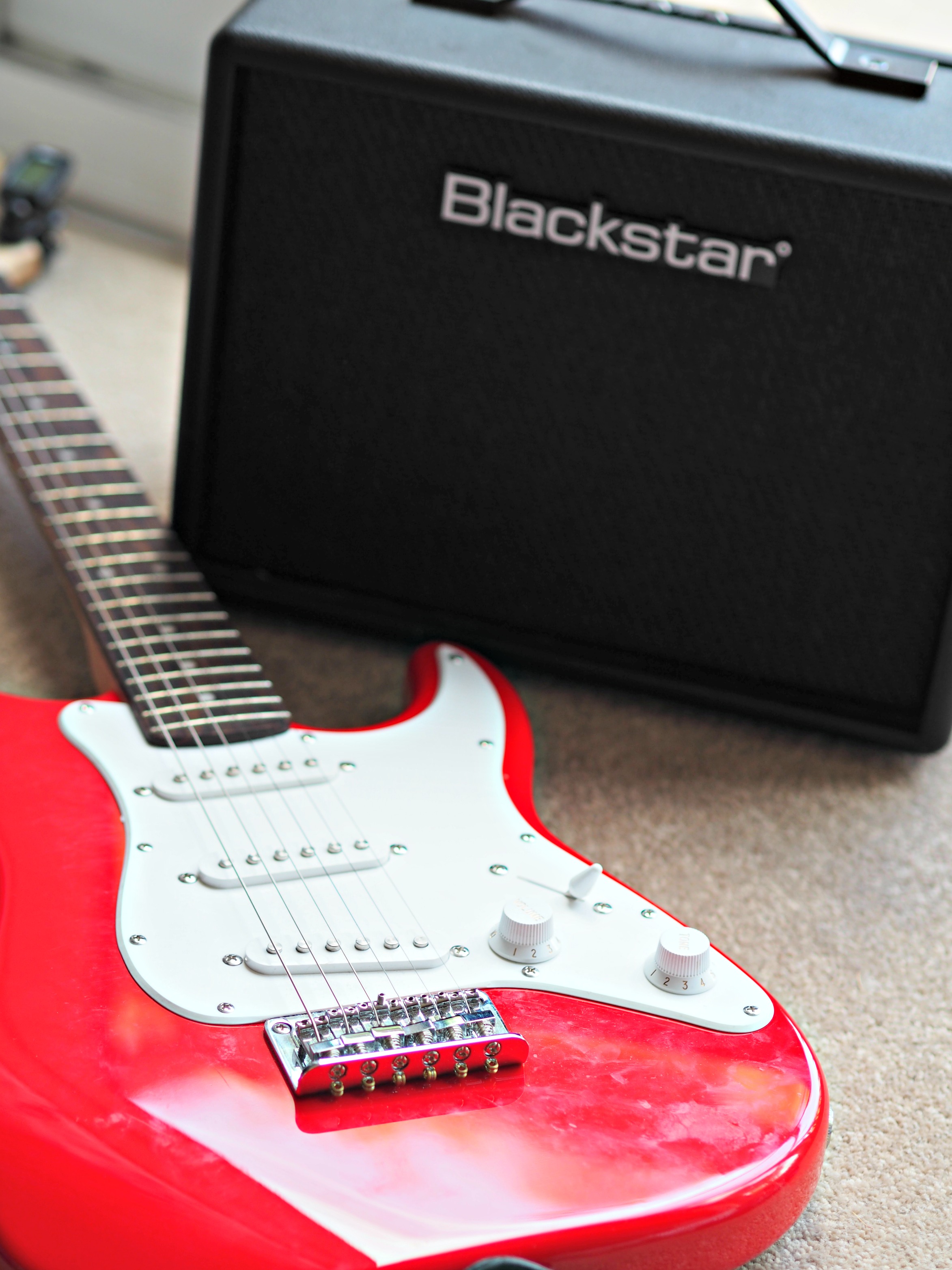 Tips for Buying your First Guitar

I wouldn’t say I am a good guitarist, or even an experienced guitarist and my knowledge of buying guitars is somewhere between what I’d like and the limits of my wife’s tolerance. But, I think I know a little about buying a first guitar, so I thought I’d jot some of those ideas down. Please do bear in mind that these are my opinions rather than objective fact, so treat them accordingly.

The first thing to think about is money. In this I say, spend as much as you can. Better guitars are nicer and easier to play than cheap guitars. That’s not to say you can’t love a cheap guitar but the more you can stretch, the better. Another thing to consider is that while you may trade up to a newer, nicer guitar in time, you may not want to sell your first guitar. I still love my first guitar and it’s probably the guitar I play most. I’ve never fell in love with an amp or a pedal but I’ve loved a number of guitars, so if you can spend a little more, do so, spend as much as you can in fact. If you have £3000 to spend on a Gibson Les Paul, do it and you’ll have a beautiful looking, sounding and playing guitar that will last you a lifetime.

If you are shopping at the lower level (sub £150) avoid acoustic guitars. Many people believe that, even if their goal is to play electric, it’s better to start on an acoustic and ‘work up’. This is not the case. Acoustic guitars are harder to play than electic guitars as the ‘action’ (distance between the string and the fretboard) is higher, so the strings have to be pushed down harder. The strings also tend to be thicker. It’s also perfectly possible to play an electric guitar without an amp (I did for years) and so there’s no real advantage to the beginner in an acoustic. Another thing to mention is that at the lower end of the price bracket, a cheap electric is going to be better and nicer to play than a cheap acoustic.

Try and find a guitar that feels nice to play. For electric instruments, though the guitar plays a part in the eventual tone, a huge variable here is the amplifier and any effects in use. With this in mind you want a guitar that looks nice (so you see it and want to play it) and feels great under your fingers. Don’t think that you can’t discern this just because you’re a beginner, of course you’ll know what feels good. On the acoustic side, even if the guitar sounds great, if the tactile experience of playing isn’t a pleasant one, the guitar is going to gather dust.

To find a guitar that plays nice, try a few in your price range and do this in a guitar shop. Yes, all guitar shops have a 14 year old in them that plays like Hendrix, and yes, this intimidates all of us, but most will have a private area that you can have a little play in without feeling foolish. Make use of this area. Different guitars have different neck profiles and actions and this will be apparent to you. You may not recognise that it’s the neck that you don’t like, but you’ll be cogniscent that something feels ‘off’ with the guitar, the converse is also true. Guitar shops do tend to be a little more expensive than high street chains. This is because they have people trained to sell guitars in them, expertise costs money but the ability to ask questions when you’re making an important purchase is priceless. On a side note, I find heading over to my local shop (Andertons in Guildford) and trying out a few guitars is a pretty pleasant way to spend a few hours. If you really can’t afford a new guitar, look for second hand. If your local guitar shop does not sell second hand, check out local pawn shops / cash converters.

All guitars play music, bear this in mind when looking. Yes, it’s true that a semi acoustic model is less useful for playing Swedish death metal than some other guitars but, within reason, most guitars can make a stab at most music. Stick with something fairly middle of the road and you’ll retain a semblance of versatility. You may well have a preference on the type of music you’d like to play, eventually, but this doesn’t necessarily mean the type of music you’ll play as you learn. You might also find your tastes change as you get older. If you have your heart set on an 8 string beast with fan frets, by all means, have at it, just remember you’ll look an idiot playing ‘Three little birds’ by Bob Marley on it.

Finally, save a few quid for some lessons. There are lots of books out there that can teach guitar, that’s how I learned a lot of stuff initially, but with the resources on the net, books are a dry way to go about things. Check out the wealth of content on Justin Sandercoe’s site where you’ll find the best beginner guitar content I have ever encountered. The site itself is donation-ware, and well worth a few quid, but I’ve also bought a number of his books (and his mind blowing theory course) and they’ve all been eminently worthwhile.

Remember that when you buy your guitar, while it is an inanimate object, it’s one that (hopefully) you are going to form a strong emotional connection to. Take time to find the right one for you.