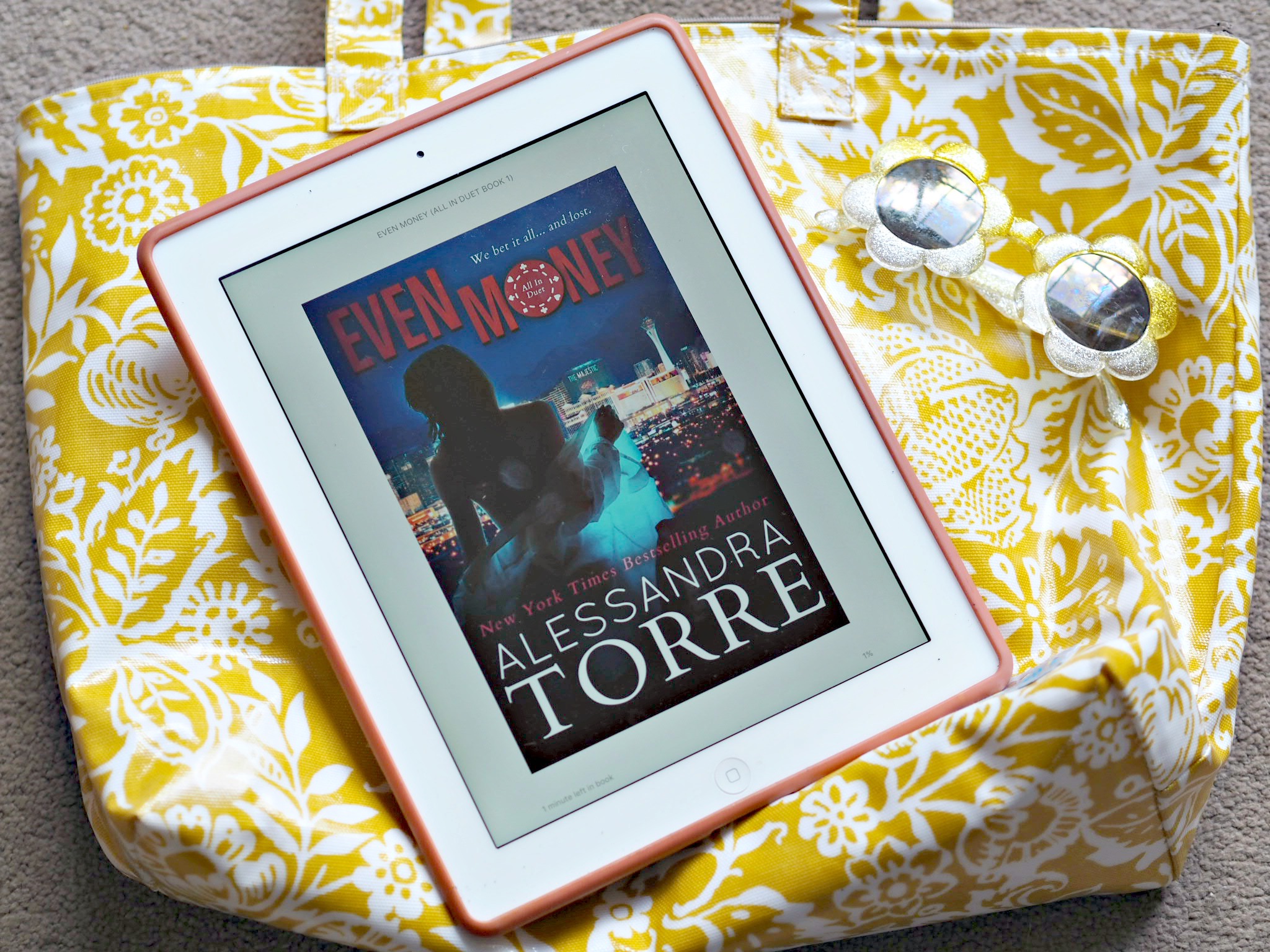 Another quiet month for me on the book front, just one book again. But having a new baby I’m only managing a couple of pages per night and quite frankly sleep is more important!

This month I have read Even Money by Alessandra Torre. Which I didn’t realised until I had finished it is part one of a two part series, which mean it finished on quite a cliffhanger (I hate that). The thing is I didn’t really love the book and was reading it until the end to find out what happens, but I’m not engaged enough to pick up book two, so I guess I’ll never know. The chemistry between the two main characters just didn’t work for me, they fell too quickly and so it made the rest of the story seem quite implausible.

Some new TV shows this month although I am still watching season 11 of Grey’s Anatomy and my husband and I are working our way through Modern Family when we need a bit of lighthearted TV.

I’ve wanted to watch The Handmaid’s Tale for ages, however, as we have been asked to review NowTV over the summer (post to come soon) this has given me a great chance to watch it. Wow, I knew it would be dark, I’ve read reviews, but just wow. I haven’t even finished the first series and it’s compelling and dystopian and so darkly sinister because you can see just how it could actually come true. I can actually take one episode a night because it’s just that dark and then I need a break for something lighter. But it really is a must-watch.

Silicon Valley is a show my husband convinced me to watch – again on NowTV. It gave us a lighter hearted show to watch in contrast to The Handmaiden’s Tale. Set in – yes you guessed it Silicon Valley it follows an engineer who has success with his technology an then strives to set up his business and make it a huge success. It’s light-hearted and even silly at times but having worked in marketing and IT it has appealed to my sense of humour.

You can’t go wrong with a Steven Spielberg movie can you? And Ready Player One is no exception. Set in a virtual world where people escape to, a world that has become more important than their real lives when the game’s creator dies there is a race for people to win and earn his fortune. I loved the 80s esque nature of this film, how it was dystopian and yet feel good at times too. Overall a great Saturday night film.

Laura's Lovely Blog is a UK parenting, lifestyle and book blog that writes about family life, positivity and of course lovely things. Laura also writes about gratitude and has recently done a lot of work on gender equality. She is a Mum of 3 children under 8 and has a slight handbag addiction.

Any cookies that may not be particularly necessary for the website to function and is used specifically to collect user personal data via analytics, ads, other embedded contents are termed as non-necessary cookies. It is mandatory to procure user consent prior to running these cookies on your website.