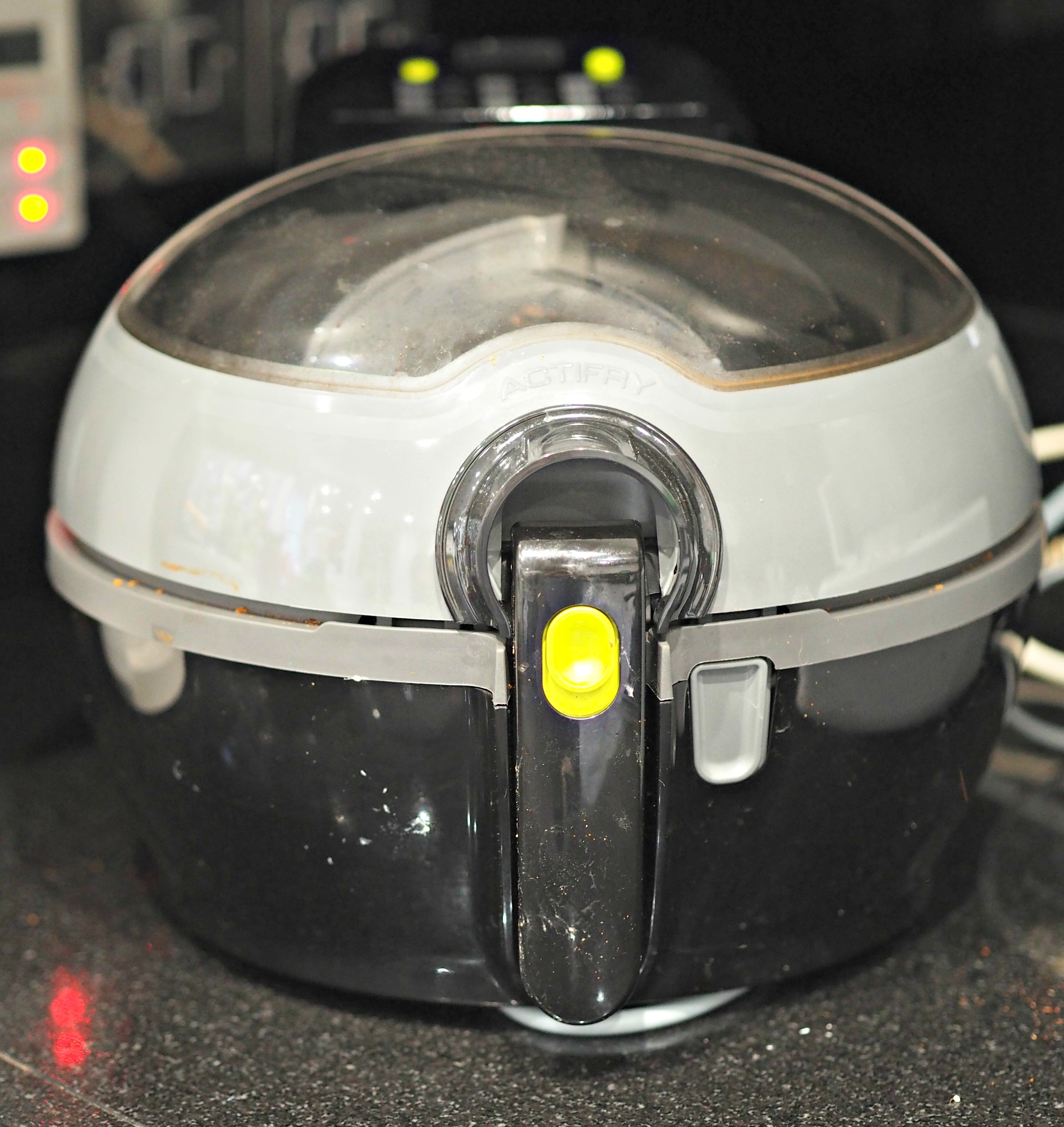 As a neighbour remarked recently, I have a bit of a penchant for kitchen gadgets, I wish I could deny this but it’s absolutely true. Hailing from the West Midlands originally I also have a penchant for deep fried food. Having chips cooked in dripping round my Nan’s house on a Saturday lunch time remains with me as one of my happiest family memories. Unfortunately for me, my wife wants me to live past my 40s and because of this I’ve never been allowed a deep fat fryer because, simply put, I’d use it all the time.

Air fryers, such as the Tefal ActiFry, have been around for years now, but recently I found one (the ActiFry I’m reviewing here) on an Amazon Warehouse Deal for an unmissable price. My mouse clicked and two days later I was in proud possession of a strange globular device with nothing wrong with it other than a cosmetically damaged box.

So, how do air fryers work? By heating air, as it happens. The air is heated up to around 200C and then circulated round the cooking area using a fan. The ActiFry has a slow moving blade that turns the food meaning that it is not necessary to stop and turn the food manually mid way through. Coating the food in a very thin layer of oil (I use Fry Light) allows the maillard effect (the alteration of proteins in the surface of meat via heat that people refer to, incorrectly, as caramelisation). In use the ActiFry is simple, set the timer and turn it on, there are no heat settings. Some air fryers do have this however I don’t feel that it really lacks any versatility.

So, does it work well, or is it just another unsightly kitchen carbuncle?

Yes, it works pretty well. So far I’ve cooked vegetables, chips and chicken in the ActiFry and they have all come out very well. Cooking times are longer than a traditional deep fat fryer as you would imagine. Are the chips as good as those cooked in dripping round my Nan’s? Even minus the nostalgia, no they’re not, but they are far and away better than oven chips and healthier (if you use potato and fry light). Likewise the chicken legs I did came out really well, lovely crispy skin and tender meat. It’s definitely going to be a fixture on my worktop. Unlike a normal fryer, it does not stink your kitchen out. 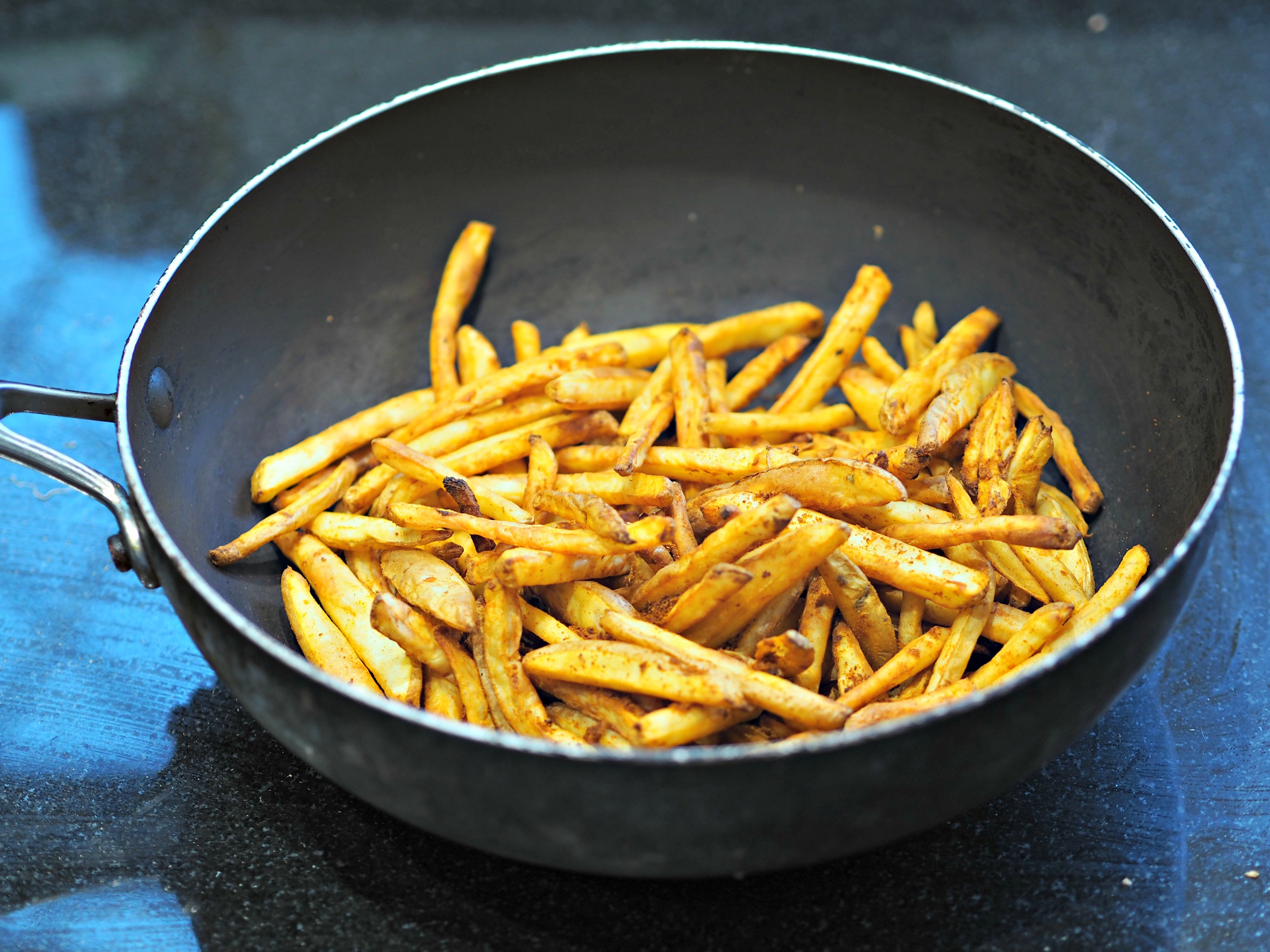 So what don’t I like? Well, it’s ugly for a start, but so is a deep fat fryer. It’s relatively noisy in use and that could be annoying, but other than that there aren’t any real downsides. I have not tried messier foods such as tempura or doughnuts in it yet, there are recipes but I’m a little sceptical if I’m honest. All in all though, I don’t have a real downside for it. It cooks well, cleans down easily and has very few real faults.

If you have a deep fryer and you’re happy with it then walk on past the ActiFry, in terms of pure taste and experience, tradition wins out, but if you want something that cooks better than the oven without the health penalties of deep fat frying then there really is no other option. 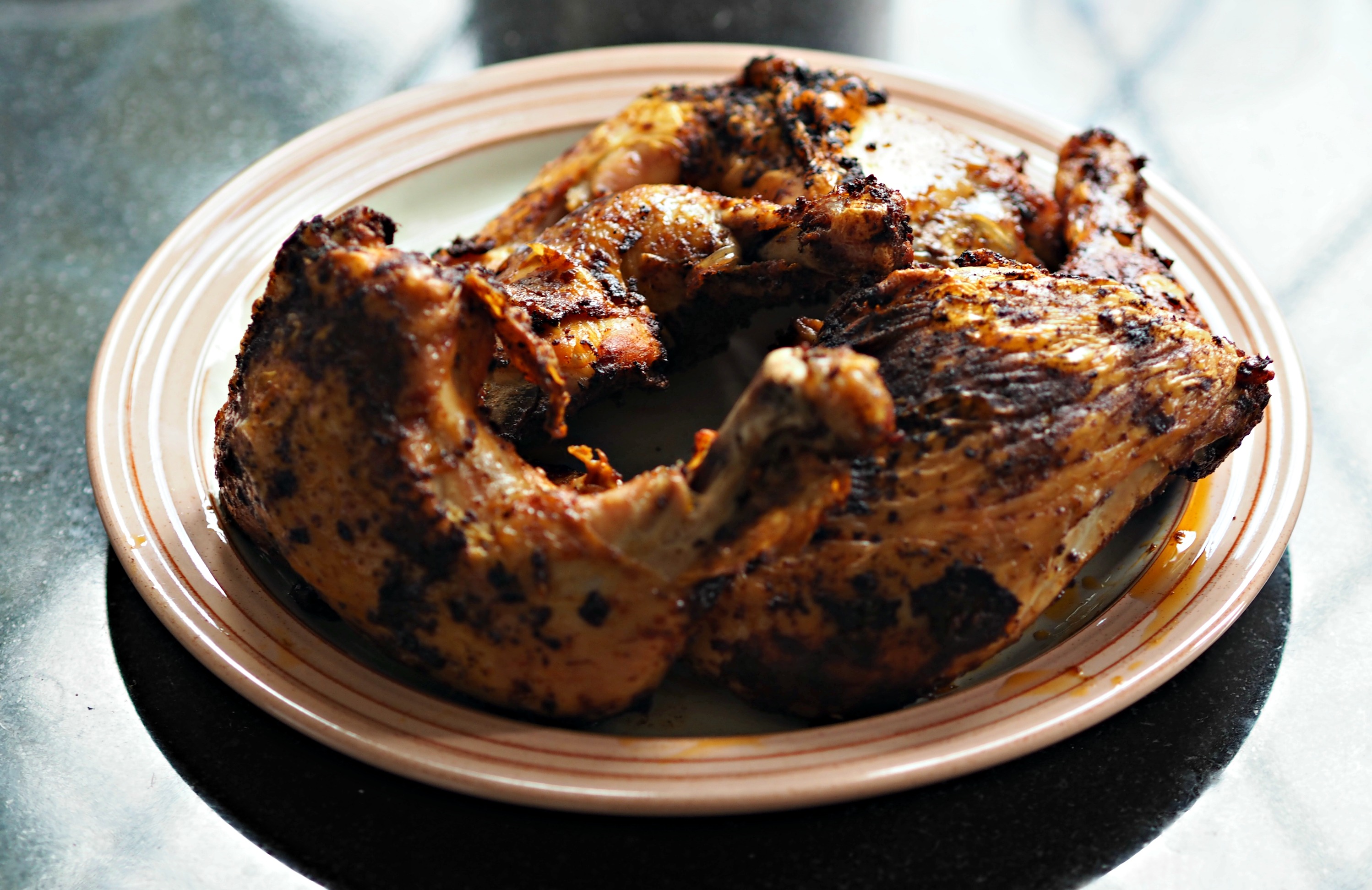 So it’s a massive thumbs up for me and to be clear, I bought this, it wasn’t sent for review. I spent my own hard earned (cough) cash on this and the verdict is ‘worth every penny’.