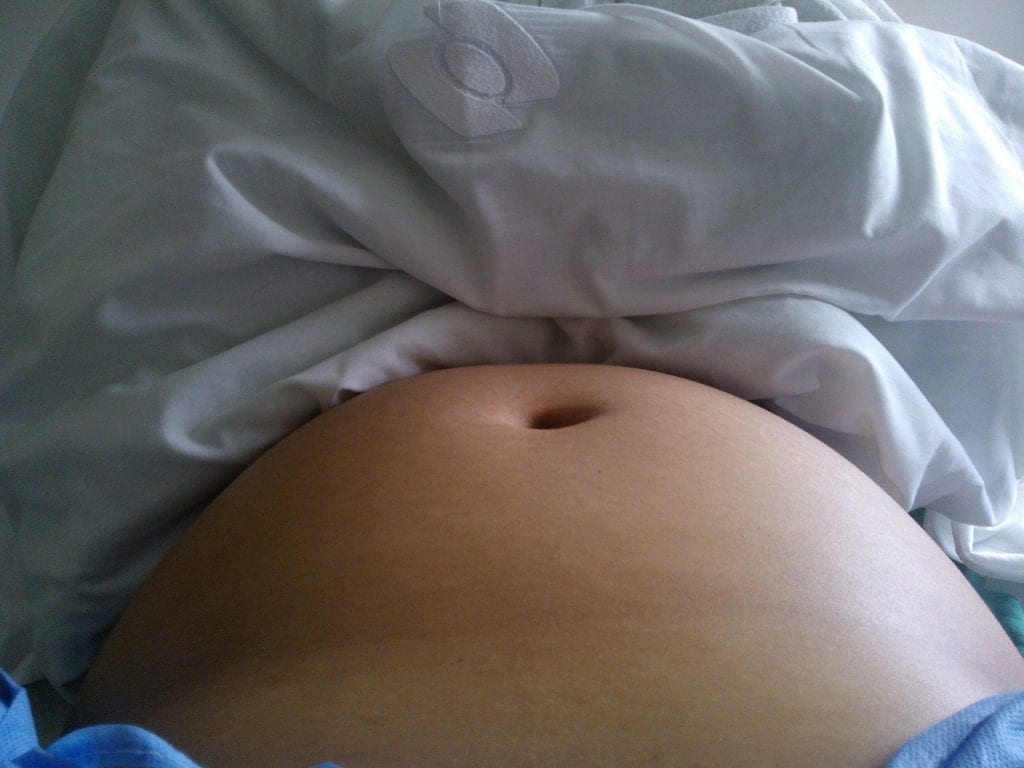 Pregnancy – What if Your Baby’s Movements Slow Down?

Last weekend I began to feel a little bit concerned about my baby’s movements. He’d felt a bit slower than normal on the Saturday, but I felt him move so decided not to worry about it. Then, on the Saturday night I went out for dinner which included an ice cream desert and the baby didn’t move at all which was a bit eerie. Food normally always sets him off on a little hive of activity, particularly sweet things. But this time it didn’t. I went to bed and I felt a couple of small kicks so went to sleep thinking I was being over sensitive.

On Sunday, again I felt him move, but not at the level I usually do. Smaller kicks, less powerful and less frequently. I really couldn’t decide if I was being paranoid or not. After lunch I had a chat with my mother-in-law who said why not call the midwife if you’re worried, even if it’s for a bit of reassurance. So I decided to give them a call.

The midwife was lovely on the phone, I even apologised as I thought I might be wasting her time and ironically as I started talking to her on the phone baby started to move. But the midwife advised me to come in, she said any concern about movements they always advise you to check and she would rather I came in and baby kicked liked crazy than I not come and then something was wrong.

So I headed off to the day assessment unit adjacent to the antenatal ward. They did the usual urine and blood pressure checks and then baby and I were hooked up to a fetal heart monitor, monitoring baby’s heartbeats and me for any contractions. I was left in a reclining chair which was pretty comfy and I had a button to push every time I felt the baby move. 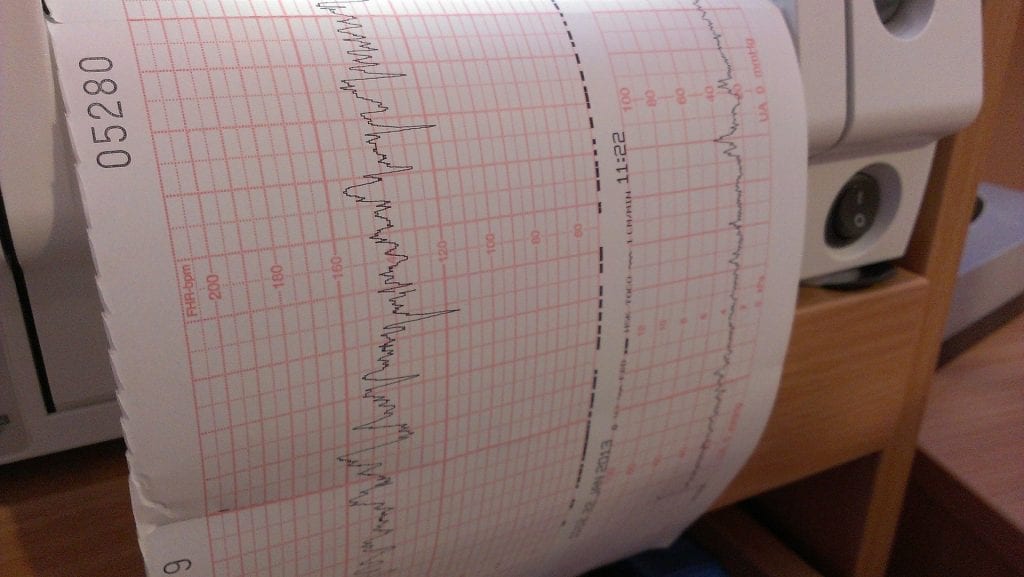 After I had been on the monitor a little while the midwife told me she thought I was a little dehydrated, so she brought over a jug of water and asked me to drink it all. I was then asked to eat a couple of sugary biscuits too. The combination of which finally started baby off on a good and positive kicking storm – thankfully.

After the midwife was happy with the baby’s movements and heart rate I then had to wait to be reviewed by a doctor. This was probably the frustrating part, but it couldn’t be helped. As it was a Sunday there were only 2 doctors and they were covering the antenatal, maternity and labour wards. So as you can imagine they were rushed off their feet. There was an emergency in the labour ward and that was obviously far more important than me, especially as they had found the baby’s heartbeat and he was moving.

I ended up waiting 2.5 hours to see the doctor, who was really lovely when she did make it across, we discussed the baby’s movements, when they had slowed down and my risk factors. She decided that she wanted me in for an ultra sound the next day just to be sure everything was ok, and was told I would get a call first thing with a time, which I did.

Of course, as soon as I got home that night the baby was super active and into the next morning and I really began to feel like a fraud and worried that I was wasting everyone’s time.

I got a scan for the following afternoon and had to go to the usual outpatient antenatal department. I had a scan and was asked to go back up to the day assessment unit where a doctor reviewed my results. The scan was great, baby all good, strong heartbeat, growing nicely still on the 50th centile, amniotic fluid and placenta fine. Which was a great relief. I was still worried I might have wasted people’s time, but the message from the hospital very much was if you’re not sure we would rather you came in.

If you’re concerned about your baby’ movements, there is some great advice on Tommy’s website. It is a myth that baby’s movements slow down at the end of pregnancy,  so if you’re unsure please call your midwife.