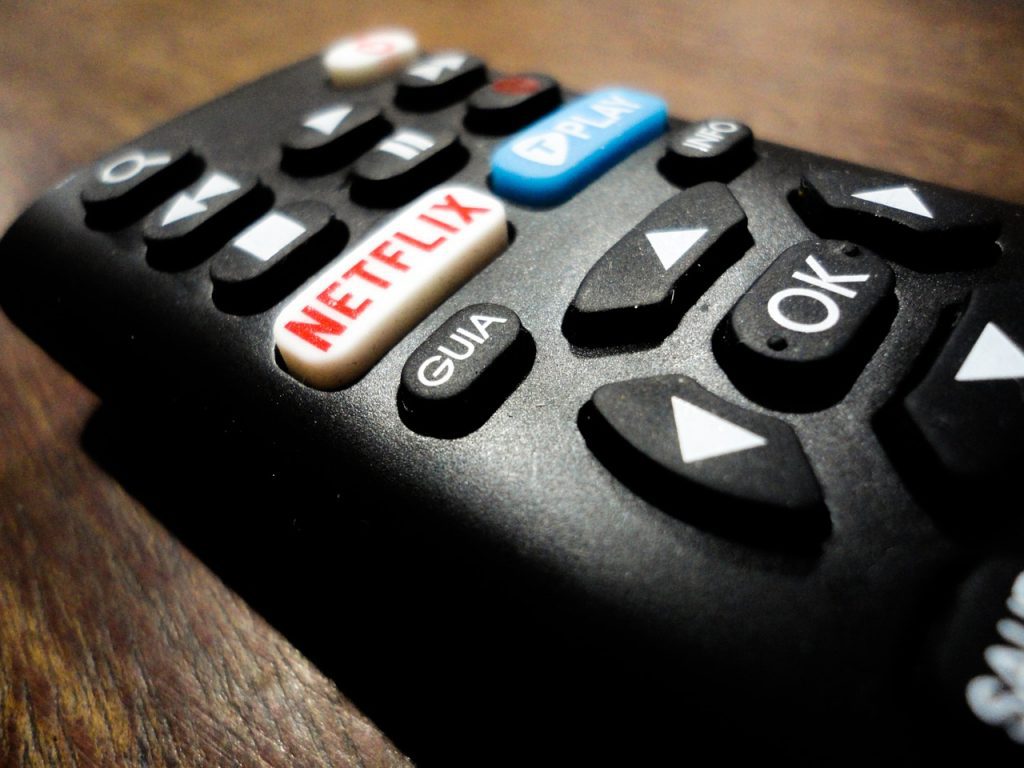 I do enjoy a good TV series binge and if we were to cut our budgets, I think our Netflix account would be low on the list of items to cut. I tend to have shows I watch with my husband and shows I watch on my own. Because we don’t have many people to babysit for us, we do tend to spend quite a few evenings in and because of that watch quite a few TV shows. Here are my favourite 10 shows that I watched in 2017 – in no particular order as that’s just too hard!

The Good Place is a great black comedy starring Kristen Bell. The Good Place is where good people go after they have died, but what if you have been sent there by mistake? This is the dilemma faced by our heroine Eleanor, but in a neighbourhood designed to make everyone happy things start to go wrong and Eleanor worries her presence in The Good Place might be the cause.

Laugh-out-loud funny, ridiculous gory and I think we pretty much binge-watched this over the course of a weekend. Starring Timothy Olyphant and Drew Barrymore as married real estate agents whose lives turn upside down with Sheila (Barrymore) dies and turns into a flesh eating zombie. Can they hide her desire for flesh from the neighbours?

I was very late to the party with the Gilmore Girls having never watched the original series when it was on in the early 2000s. So when I saw all the fuss about the reunion show A Year in the Life I decided to watch the entire original series through first. I was not disappointed, in fact I loved it and was sad when I had finished them all. There are rumours of another and I hope it’s true.

What happens when you turn up for your smear test and get accidentally inseminated and to top it off you’re still a virgin? Written in the style of a novella, the plot is tongue-in-cheek, funny, sad and at times a bit out there. But also oh-so-good. You can’t help but fall for the lovely Jane and the highs and lows of her life and love triangle.

Now, I know my husband would disagree with this choice as he would say Luke Cage was better, but I really enjoyed Iron Fist. The story of Danny who returns home after being presumed dead for 15 years, who also has mystical martial art powers. Great action scenes!

6. Orange is the New Black

Season 5 was probably my least favourite season of the show, but it is still such a great show and incredibly addictive. The (prison) lives, loves of the women of Lichfield penitentiary as they come to terms with their incarceration and managing their lives and the politics of prison.

Another show I was a bit late with, and as you can see from my list, I usually tend to watch American TV shows. We ended up watching all 3 series of this back to back. The acting was excellent, the storyline well written and with so many twists and turns you couldn’t always guess what was going to happen next. It was seriously good.

I think it is probably fair to say Game of Thrones is probably one of my all-time favourite tv shows. We’re not up to date on the current series as we don’t have Sky Atlantic, so we have to wait for it to come onto DVD. So we watched season 6 in 2017 and stayed up one night to finish it, because we just had to!

This is a show I wouldn’t have chosen to watch myself really if it wasn’t for my husband. He had read the books and really wanted to see the TV show. It follows ex-marine sniper who gets wrongly accused of attempting to murder a president and sets about clearing his name and uncovering a huge conspiracy. Compelling, action packed. Plus, Ryan Phillippe.

We’ve only just finished watched iZombie, so this is a tiny bit of a cheat and season 4 is due out next month. In a world where zombies are real, morgue doctor Olivia keeps her undead status secret by eating the brains of her dead patients. Which also gives the added side affecting of having visions of the scenes leading up to their death and helps her to solve their murders.

Have you got any shows you would add to the list?