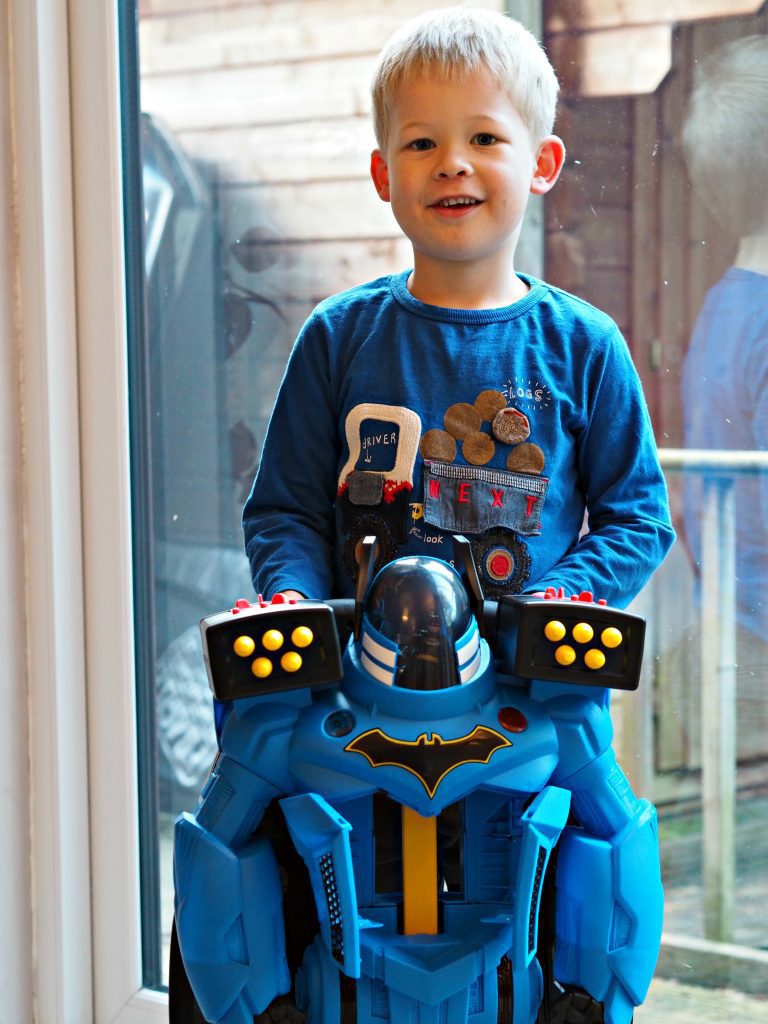 If you’re like me at the moment you’re spending a lot of time planning your children’s Christmas lists and working out what to buy them this year. If your child is a superhero lover like men that the Fisher Price Imaginest DC Super Friends BatBot Xtreme may well be on their list. So what is it? 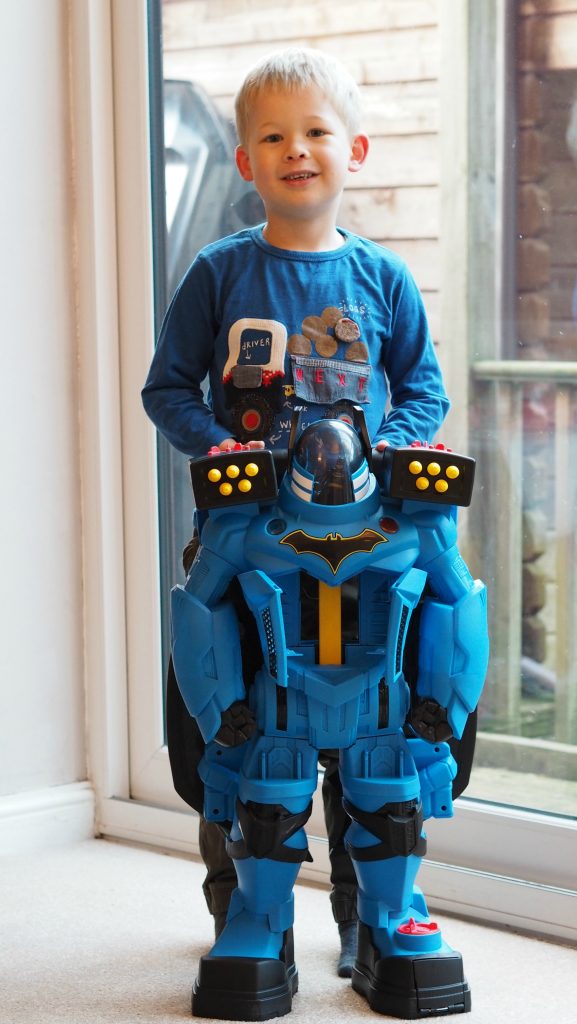 At over two feet tall, the BatBot Xtreme is the ultimate Batman lover’s toy. It has two purposes – it can be used as a home and hideout for Batman. But it also has a super cool battle mode. 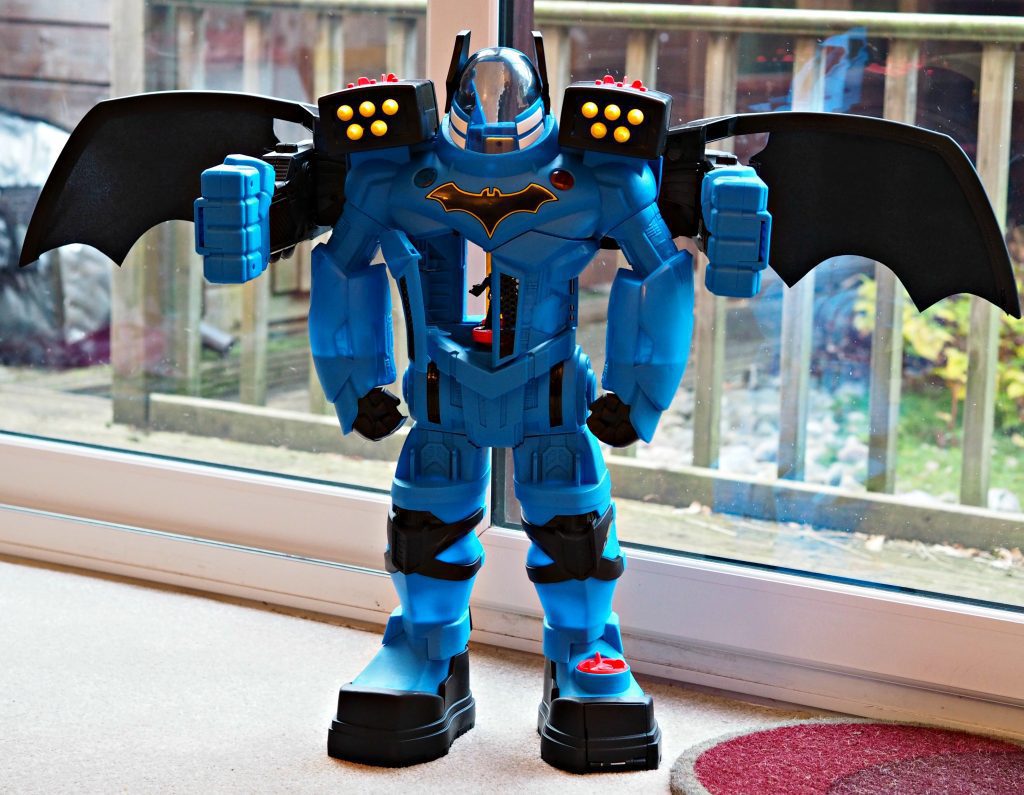 The BatBot Xtreme’s coolest features are its battle mode. It has extendable wings that can be extended out and stretch over 3 feet wide when you extend the wings it also brings out two fists that you can manoeuvre yourself and use to punch the bad guys. Mounted on its shoulders are missiles, 5 on each size, 3 of which can be shot and 2 which is spare ammunition. Squeeze the trigger to make them shoot. 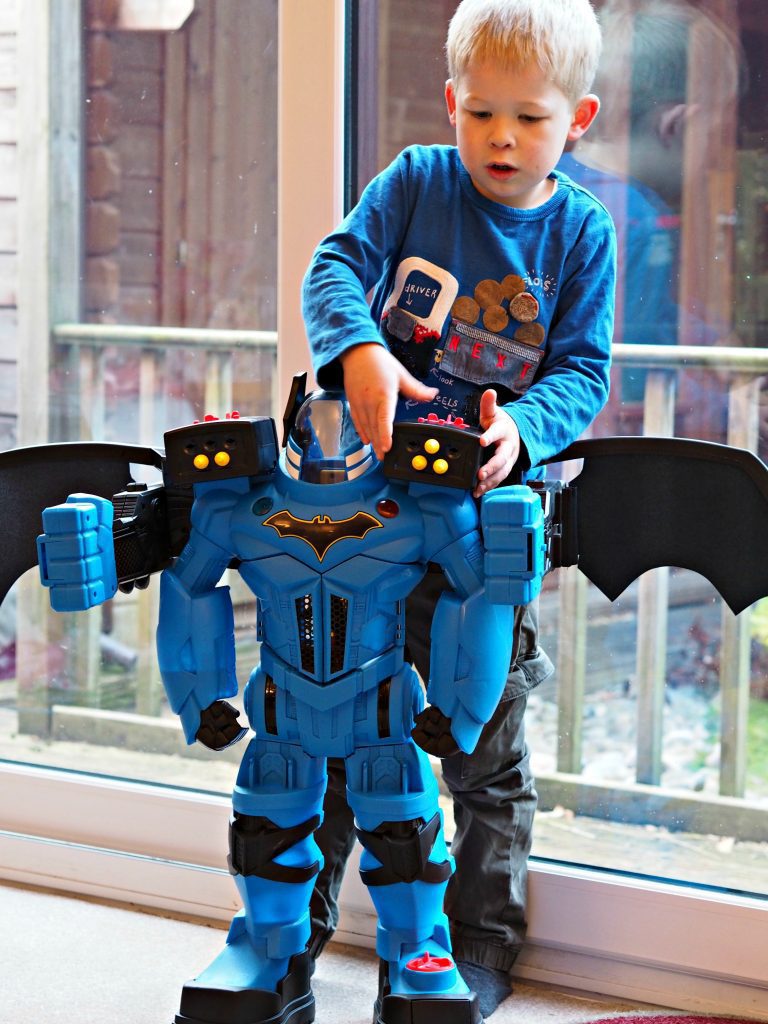 Inside the face of the BatBot is a voice changer, which I have to admit my son loved! Talk into it and it makes your voice sound like Batman. I think my son’s favourite phrases were ‘stop that or I’ll destroy you’ or ‘I am Batman I stop the bad guys’. For the voice changer the toy requires 3 x AA batteries which were not included. The BatBot also makes some funky mechanical type noises and has some flashing lights on the front as you play with it. 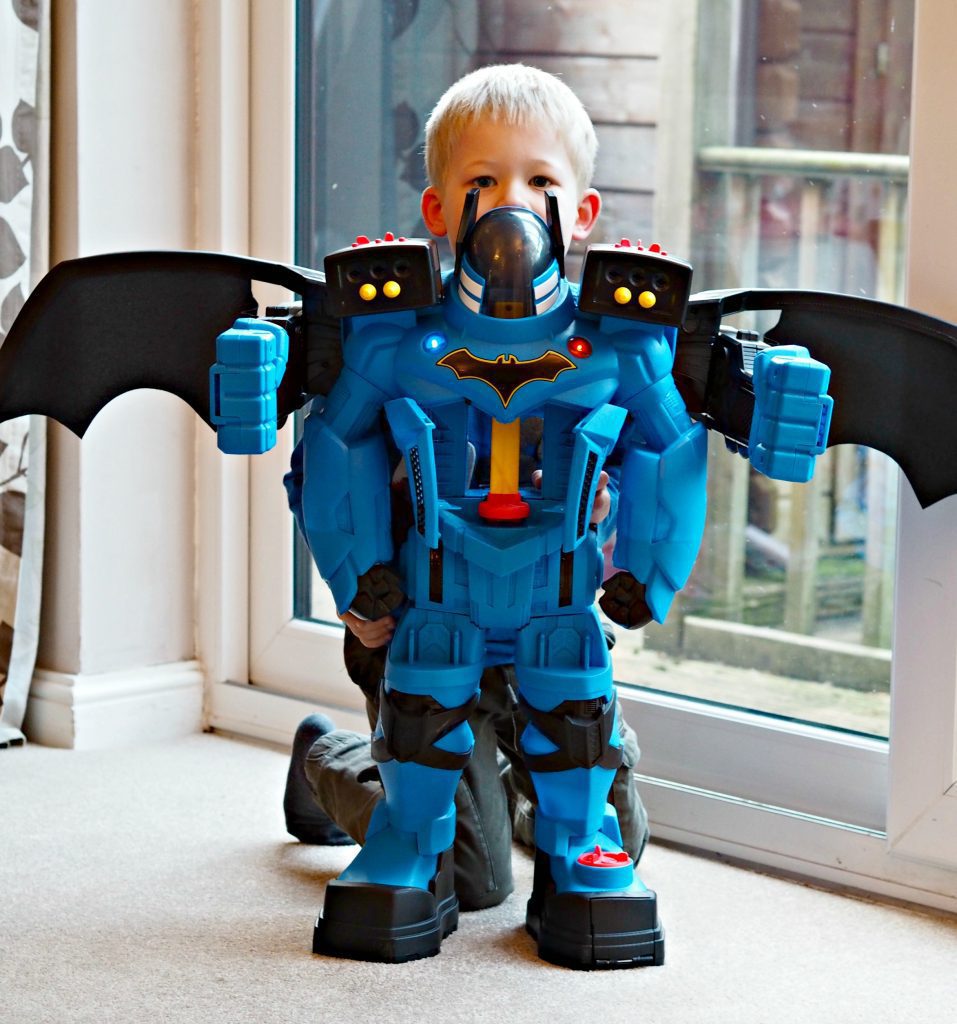 The BatBot also comes with a mini Batman and motorbike. The BatBot itself has lots of secret compartments, from an elevator that runs through the centre of the Bot, as well as hidden compartments to stash your ammunition and that Batman can use as a secret hideaway. 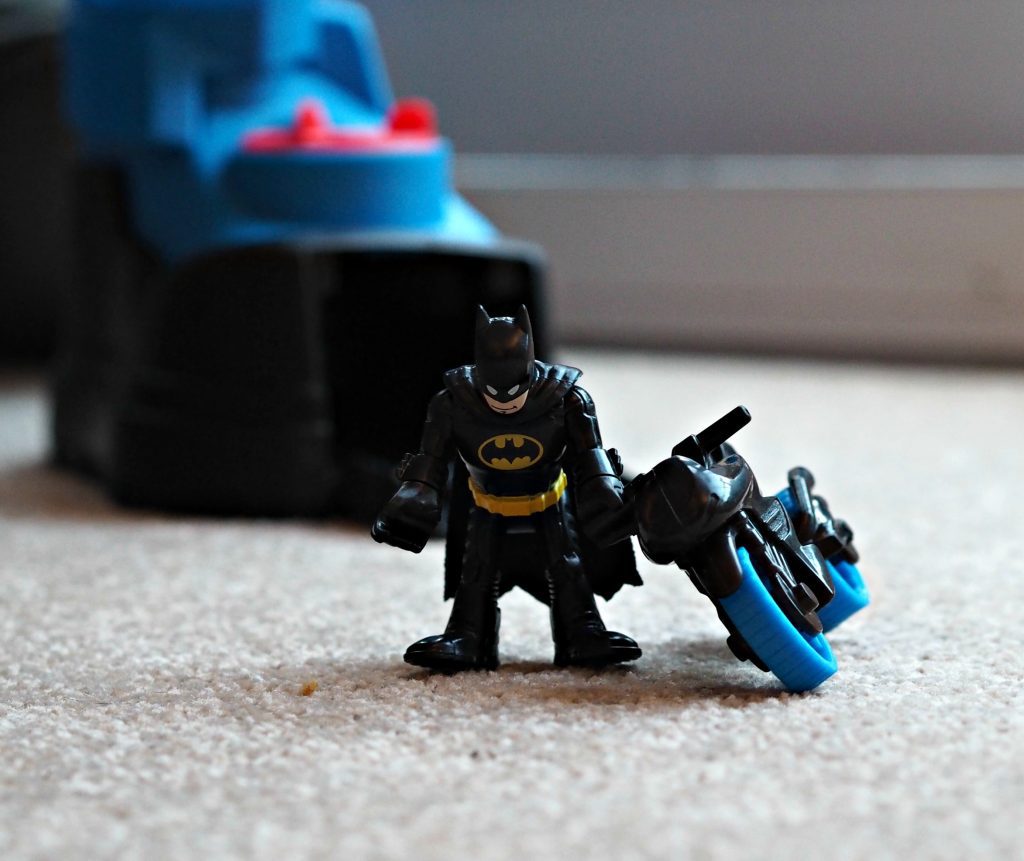 My son has declared the BatBot Xtreme the ‘coolest toy ever’ and ‘totally awesome’. He’s enjoyed setting up a fortress with it and keeps laughing whenever he shoots the missiles. The voice changer itself has provided endless entertainment for both of my children, who knew sounding like Batman could be so fun? Downsides are its size and it can get a tad noisy after a while. But definitely a winner in this house.

*Disclosure: We were sent this toy for the purpose of this review, however, all opinions are my own.