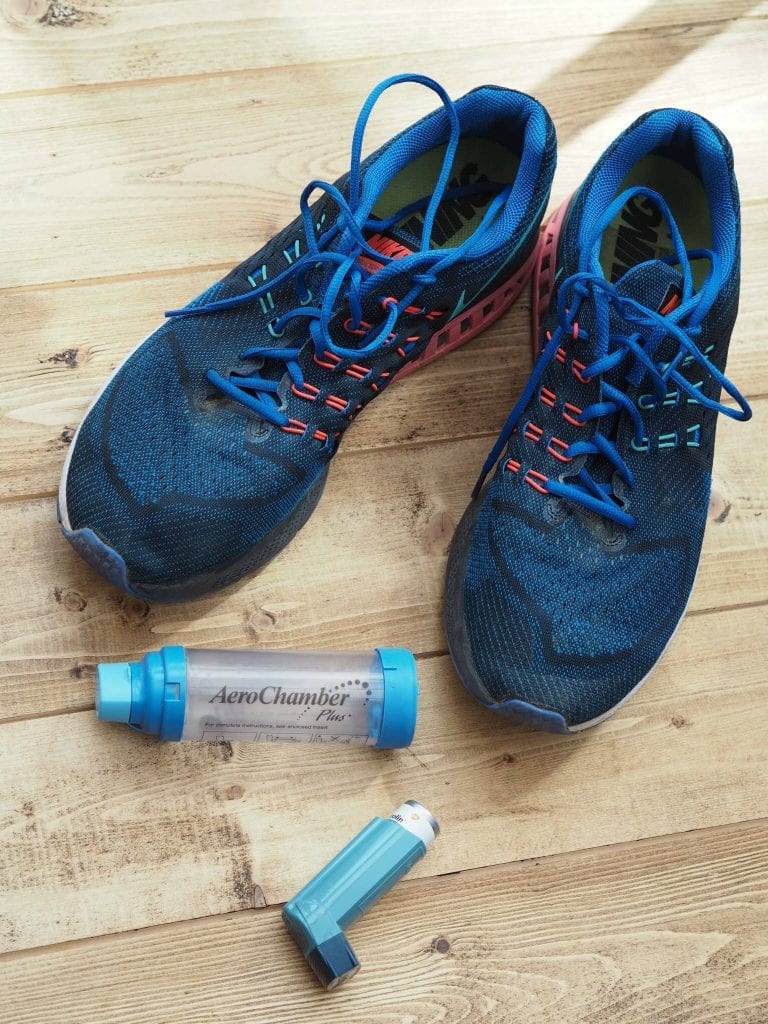 Heavy Breathing – Being Diagnosed Asthmatic as a Runner

I’m not terribly good at going to the doctors. While I generally take the approach that one should face problems squarely, if that involves a trip to the GP then I find myself more reticent. For over a year now I’ve been having breathing problems which manifest in coughing fits and tightness in the chest. Due to an allergy, I’m not able to have cough mixture and so the only relief for me has been using my wife’s Ventolin inhaler. I was quite happy with this arrangement until the GP started trying to contact my wife around the dramatic increase in her inhaler usage. My response to this could have been more adult, I stopped using the inhaler and endured the coughing fits.

Two things happened in April that changed my thinking. I realised that my fear was down to a deep rooted fear of COPD. A great friend of mine has COPD and is already experiencing changes in his life, at 45, as a result. This is a friend I had often smoked with when we lived next to each other and who had quit smoking before I did. I was scared the GP would say I had the same issue and so I avoided finding out if that was the case. The second thing that happened was that I ran Tough Guy in April on a dry and very dusty course. While running I had good speed but after I was a mess. It took a lot of Ventolin and anti-histamines to sort out the coughing and the tightness in my chest. By this point, I was scared enough to do something.

My big concerns were twofold, firstly, what if this was COPD, I had been a smoker for 18 years when I quit and that was a worry, second, what would be the impact on my running.

Our local doctor runs a regular asthma clinic and so I got myself along there. A relatively quick chat around my symptoms and family history indicated that asthma was far more likely than COPD, however, we embarked upon a one month trial. As asthma is more a collection of symptoms than a cause in itself the real test was whether asthma medication helped with what I was experiencing. I was glad to say that they did. I’m now in possession of a ‘preventative’ to take daily and Ventolin as a ‘rescue’ inhaler which I am pleased to say I rarely need now.

So, how has it affected my running? Believe it or not, the effect has been very positive. I had not realised that due to my symptoms I had been starting to hang back on my morning runs. I had noticed my speed dropping but did not know why. I now realise it was a confidence issue based on me not wanting to trigger asthma symptoms. My first asthma attack with access to the right medication was a revelation. Before when I had experienced attacks I had found them very confusing and frightening. I experienced one a couple of months into my diagnosis and as soon as I realised I was having an asthma attack, I was able to get back under control quickly and easily. Now I know I can resolve the symptoms, I am not worried about triggering them.

So, why am I writing this? I think just to share my experience really. I had a lot of preconceptions about asthma and what it meant. First, you don’t have to be born with it, it can come on at any point in life. Second, if it does, it’s very easy to manage, it’s not something that needs to hinder you. Third, whether you have asthma at any point in life, it is not something that means you cannot enjoy your sport whatever that may be. So don’t be afraid like I was.