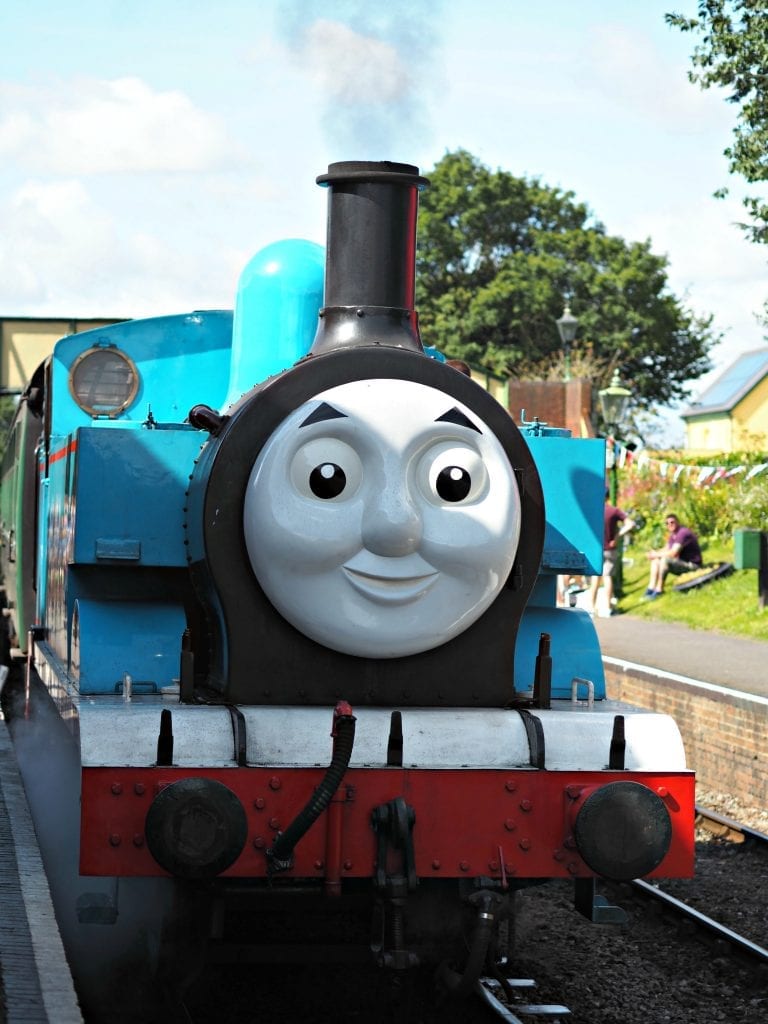 Day out with Thomas at the Watercress Line Review

This weekend, the children and I were invited to visit the Watercress Line for a Day out with Thomas. The Watercress Line is based in Hampshire and is a 10 miles track which takes approximately 40 mins to travel. It runs both steam and diesel trains and is comprised of four stations – Alresford, Ropley, Medstead and Four Marks and Alton. The stations are also really beautiful and old fashioned as well as well maintained. 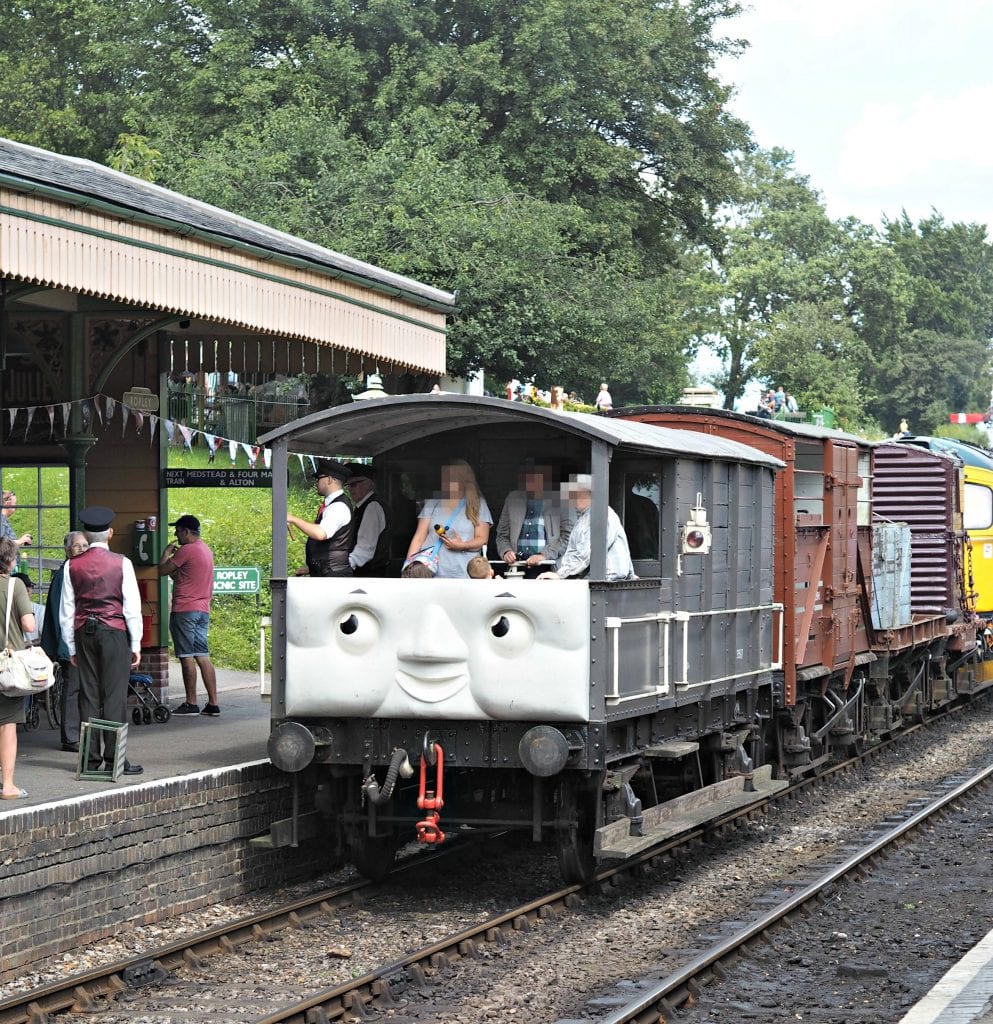 We went for their Day out with Thomas event, which the children were really excited about. After the rainy start to the summer holidays we seemed to have had, we were blessed with a gorgeous day and lots of sunshine. We arrived at Ropley station (we were actually aiming to arrive at Alresford, but we won’t talk about that and our sat nav issues), where there was plenty of free parking. 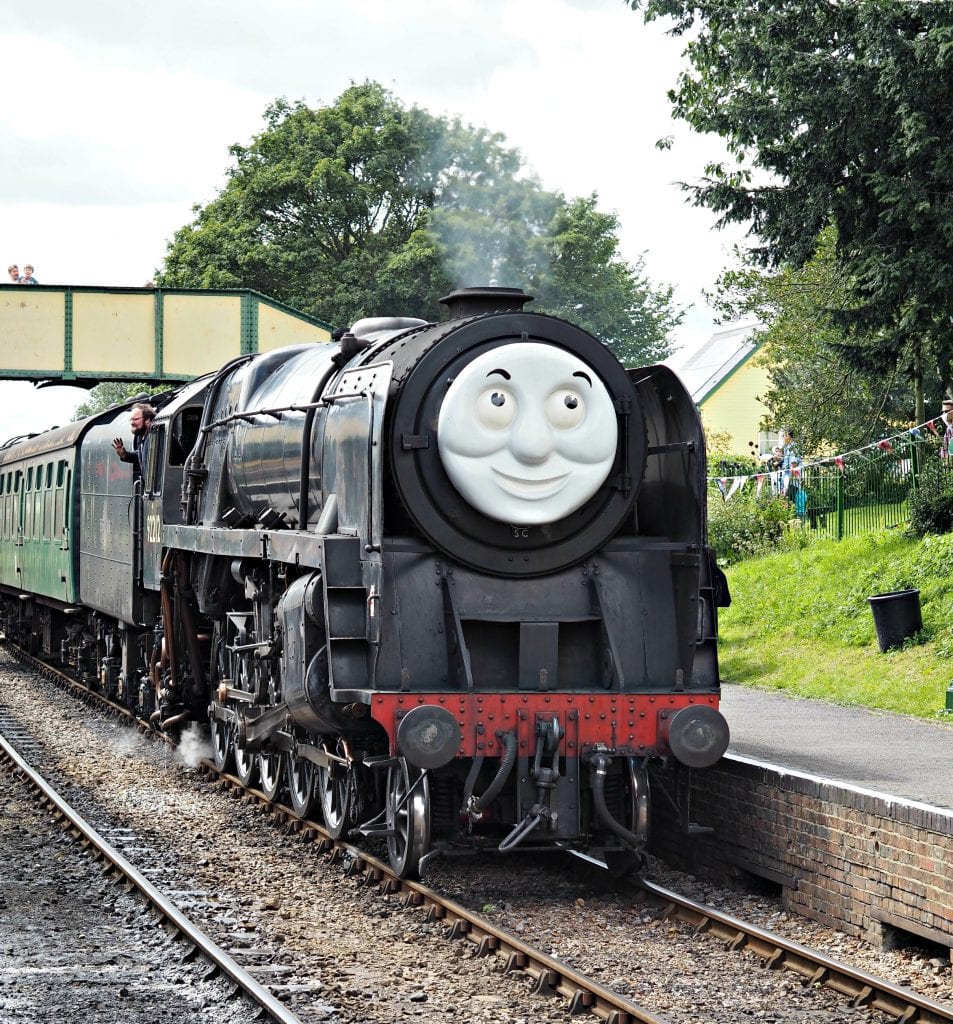 As soon as we arrived all of the staff were really friendly and welcoming and genuinely happy to be there. We had a family ticket and the ticket covered us for unlimited rides on the trains between all stations on the line, as well as all of the activities on for the day. The only things that seemed to cost extra were any food or refreshments. We were also given a timetable for the day as to when which trains were running at which times – giving you choices of getting a steam or diesel train, and what activities were happening at each station. 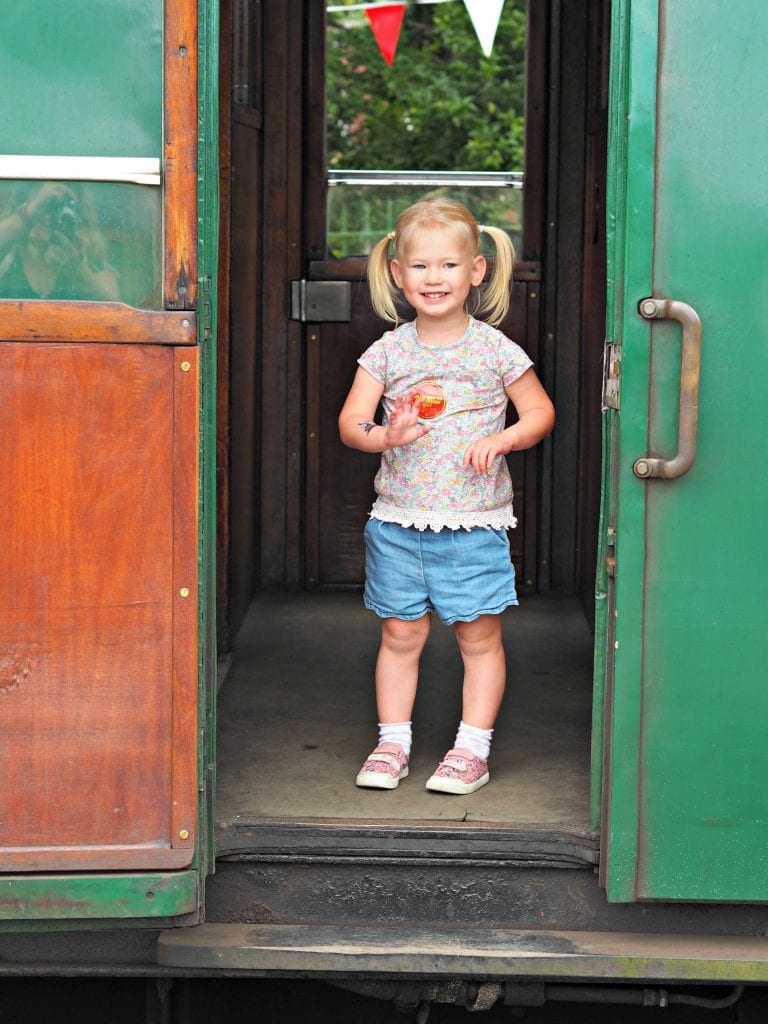 Upon arrival onto the platform at Ropley Thomas was already sitting there puffing at the station, much to the children’s delight. There is something really quite magical about seeing a character as famous as Thomas in real life. 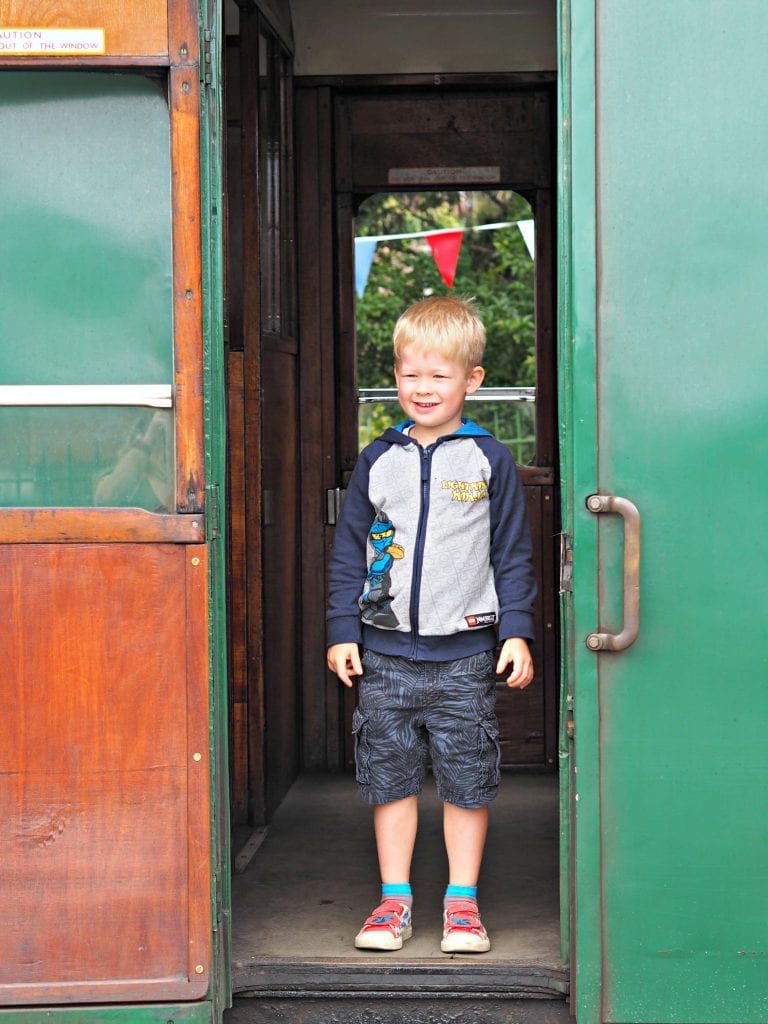 We decided to just take a short train ride rather than the longer 40-minute ride to Alton as I wasn’t sure if the children would get bored going there and back. So we took the train to Alresford and back which was 10 minutes each way, and pretty much perfect for their attention span. 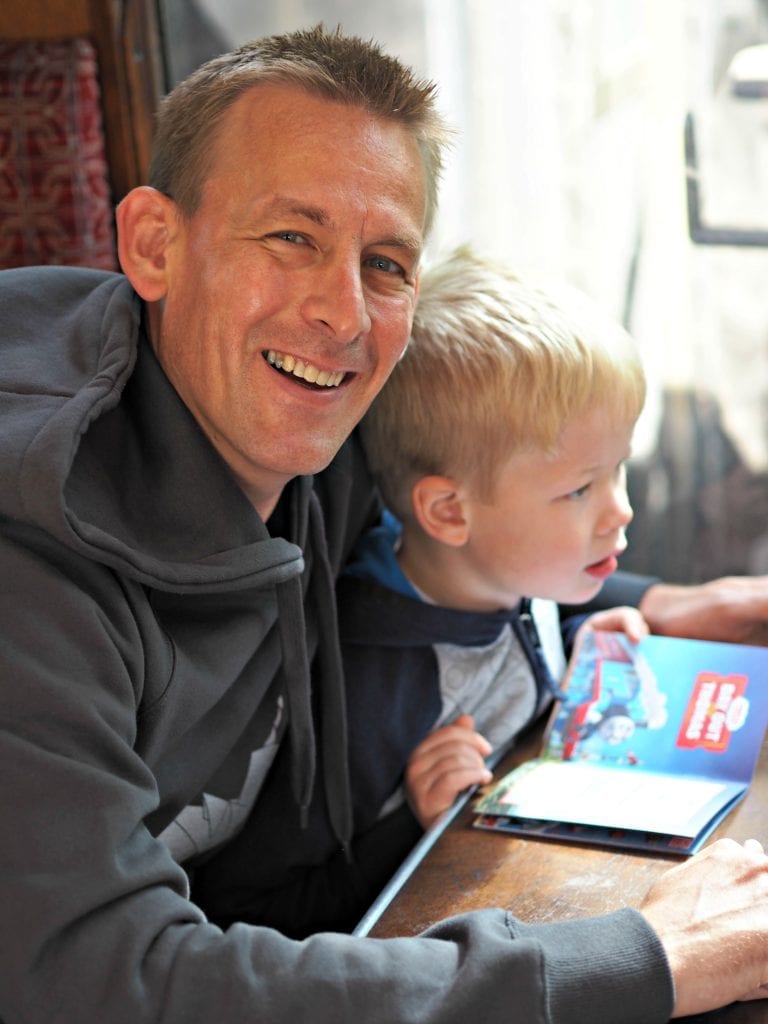 At each station, there were different activities for the children from Thomas temporary tattoos and imagination rooms filled with Thomas toys to different character trains or buses. Most you could only see at a particular station and so needed to travel to see them. The main activities, however, were centred around Ropley and Alresford so very easily accessible. 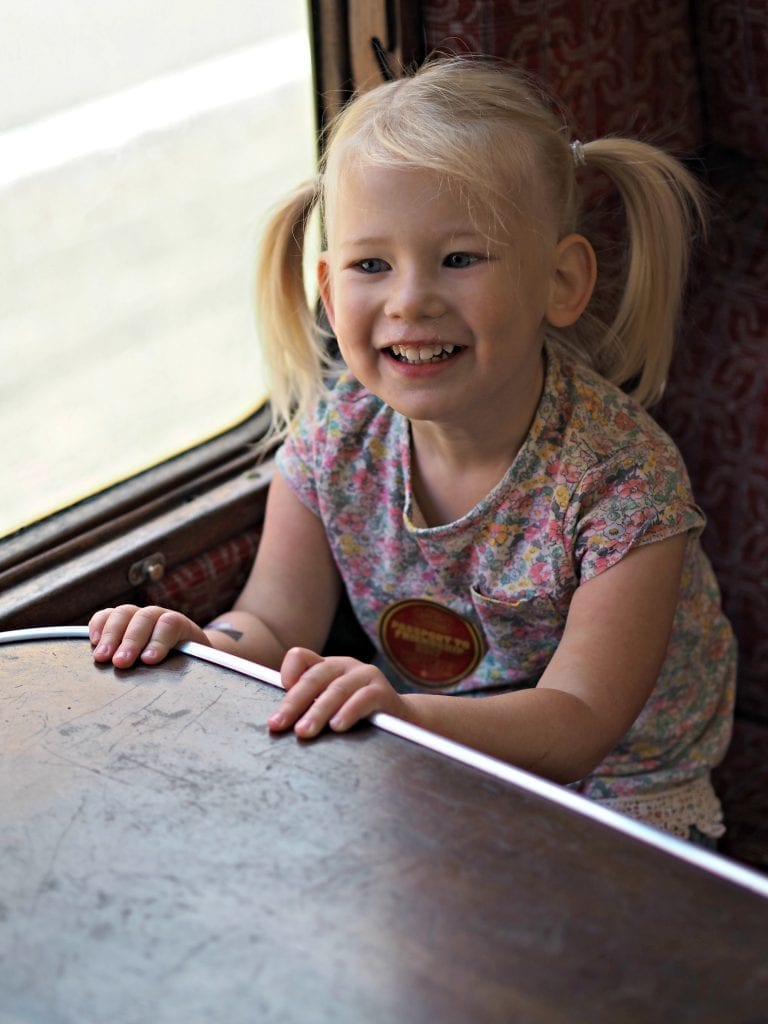 At Alresford, there was a buffet where we stopped and had lunch, but I think if I was going again, I would probably take a picnic as there were lots of lovely spots to stop and eat. The buffet lunch though was perfectly nice and cost about £25 for a family of four.

Alresford also had a miniature Thomas railway set up for the children to see and three other Thomas characters for you to view, including Diesel who you can climb into and look around. 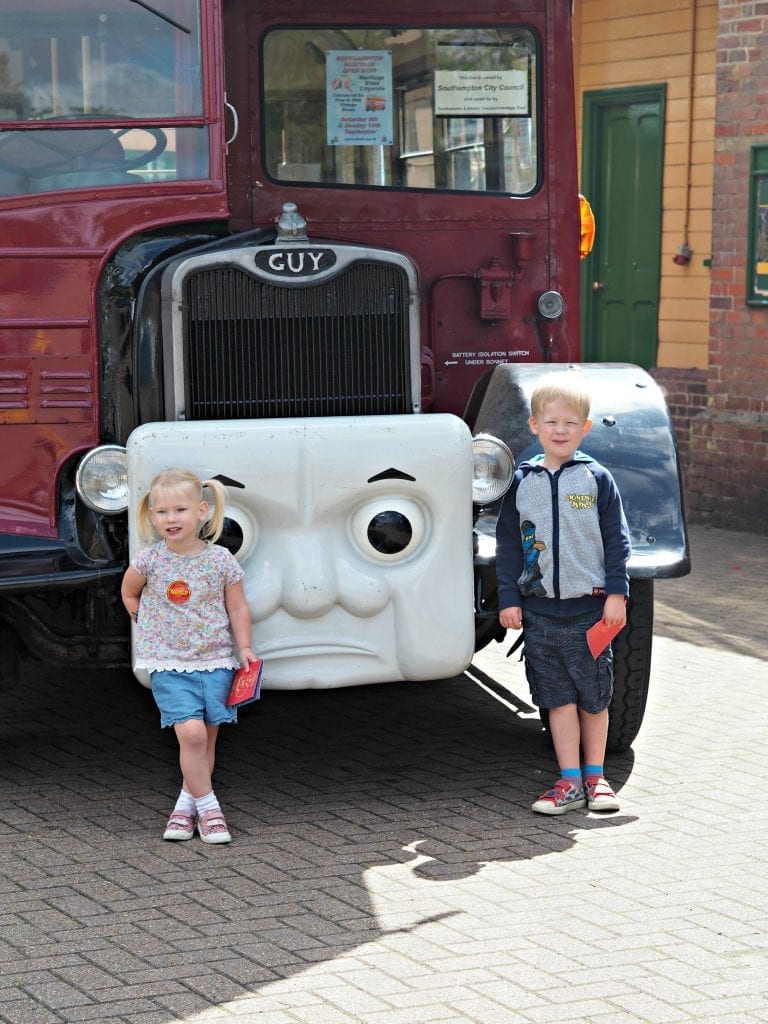 At Ropley there was a bouncy castle slide, which my children loved, a miniature train which you could go for a ride on. As well as teacups, a popcorn vans and play areas. Another interesting feature was a shed where you could go and see steam trains which were currently being restored. 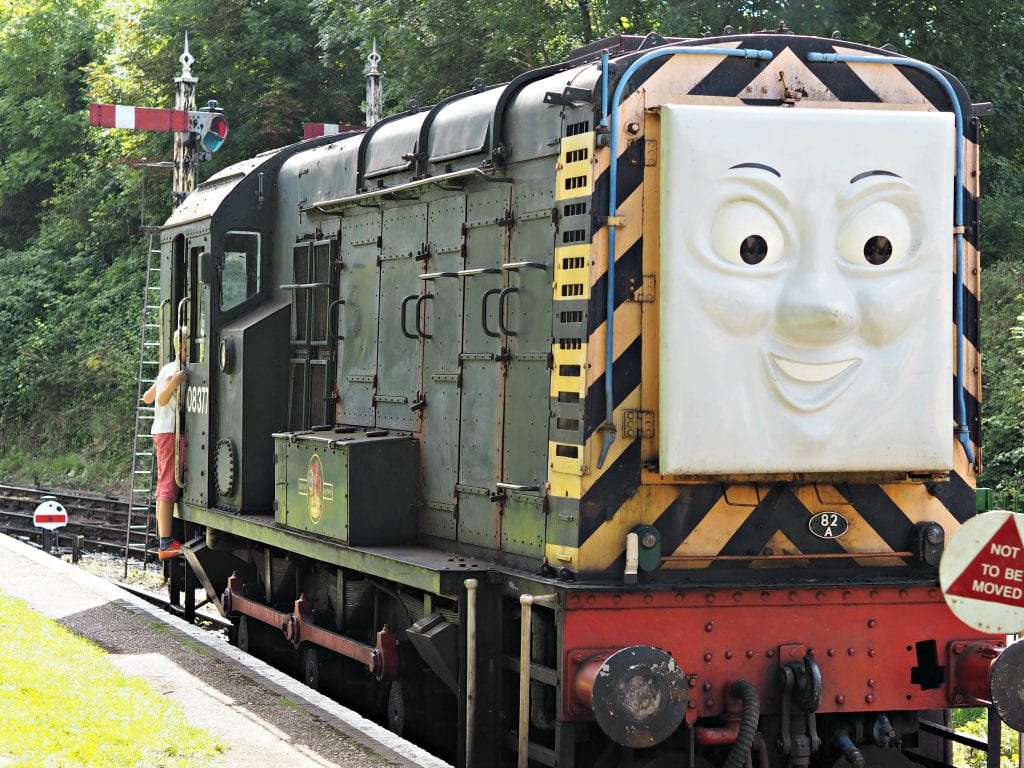 There was honestly so much to do it and it was so well organised there was no way you could get bored. I had wondered if my son (nearly 6) would be a little past the whole Thomas thing as he was really into it a couple of years ago. But, he really wasn’t he was absolutely enchanted with all of the trains and loved learning about how they worked and going for a ride on them.

I myself have never been on a steam train so it was really fun to get the opportunity, I know it was something my husband enjoyed too. This was a lovely family day out that I would definitely recommend. If you have a child that is Thomas mad, then I think they would probably explode with the excitement of being able to see all the characters in such fantastic, vivid real life.

*Disclosure: We were invited as a family to visit a Day out with Thomas for the purpose of this review, however, all opinions are my own.

2 thoughts on “REVIEW: Day out with Thomas at the Watercress Line”