Today I welcome Halina from Vie Choufleur to the blog. Halina is a blanket queen, who loves sequins, skincare and spreadsheets; cheese and crochet. As well as mum of a miniature terror.

by Halina from Vie Choufleur

My son is four, and in September he’s going to leave my protective wing and begin Real, Proper, All Day School. It’s terrifying if I’m honest. It’s far more terrifying than the prospect of him beginning pre-school was. Back then, he was in full time childcare anyway, so the idea of him going to a pre-school was a bit “pfft, whatevs”. In fact, the only thing that was really scary around that time was him having his pre-school vaccinations. The first vaccinations since being able to talk and be fully aware of his environment. That WAS scary. But, I’m fairly confident that we bossed it. We smashed that fear to pieces, and so I’m sharing my tips on how to prepare for pre-school vaccinations. Because who doesn’t want to say they’ve bossed at least one child-related fear? 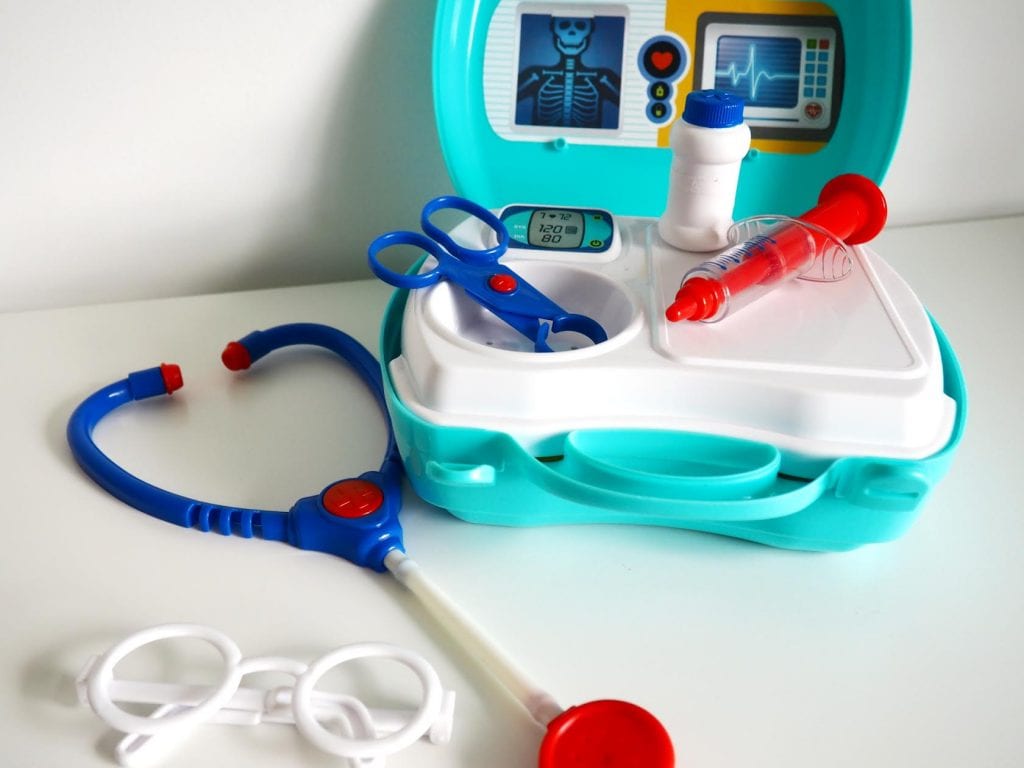 First up: we may well simply have been Lucky. Our son, TD, is a riot of activity and noise and uncontainable imagination, all wrapped up in a blonde and blue-eyed package. He’s rarely overly-sensitive. He rarely has a tumble that results in full-blown tears. In fact, apart from witches and (randomly) hand-driers, he isn’t afraid of much. So, we definitely had an advantage on that front. We also had a fantastic vaccinations nurse, who was cheerful and brilliant with kids. However, I’d be willing to bet a fair amount that any child would benefit from some of these tips for pre-school vaccinations.

3 Tips on How to Boss the Pre-School Vaccinations

Talking to your child positively about their pre-school vaccinations is SO important. We started a few weeks in advance – by telling him where he’d be going, first of all. We mentioned the doctor, and got him used to the idea of going there with mummy. We’d talk about it every other day or so, and gradually we started introducing the idea of a special medicine that would help him be super healthy so he could grow big and strong. We made sure to talk about how it might feel a bit scary, and that it was OK to feel that way, but that we knew he could be as brave as Fireman Sam. Why yes, he was going through a Sam phase at the time, how did you know? Also, we introduced the word “injection” early on, and explained what it was. Leading onto… 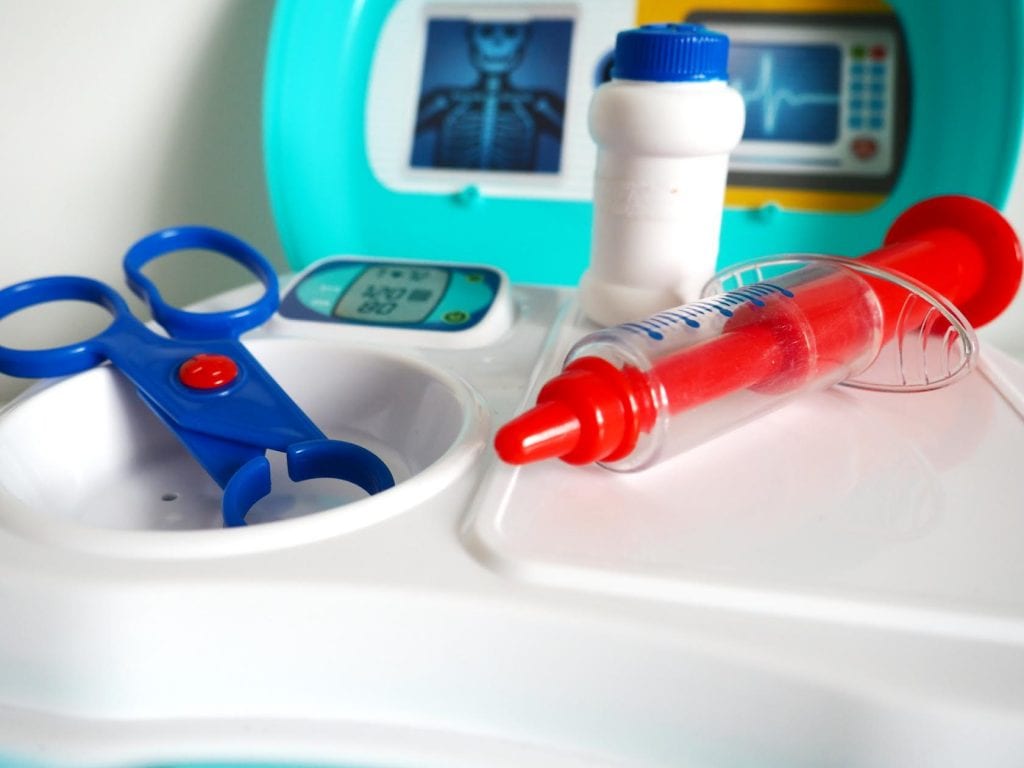 I had picked up a cheap doctor’s play kit at Tesco a few months before, and it really came in handy here. Every other day or so I’d ask TD if he wanted to play doctors. We’d pull the doctor box out, and I’d ask for an injection of super medicine to make me big and strong. He got so used to using the toy syringe on me and vice versa that when the doctor eventually pulled out the real thing he reacted with a total “MEH, SEEN IT”. To be fair, playing doctors so much did cause huge disappointment that there was no stethoscope at the pre-school vaccinations. Buuuut that was the sole issue, so I can’t say it’s a genuine downside!

Well, maybe not bribery. But yeah *whispers* BRIBERY. Pre-school vaccinations take place at a time when kids are definitely conscious of themselves in relation to their surroundings, and you know what makes pre-schoolers really happy? Sweet stuff. As part of our talks in the weeks leading up to the vaccinations, I told TD that after the injection we’d go and buy him a special lollipop for being so brave. He got excited about that lollipop in a way I’d never seen before. I reminded him about it just before going in, asking him in the waiting room what flavour he’d like. It distracted him and gave him something to look forward to. And so, literally the second that the needle came out of his arm, he said “Can we go get my Brave Boy lollipop now??”. No tears. No fuss. Just GIVE ME THE SUGAR.

I know there are so many other possible tips to ensure pre-school vaccinations go smoothly, but these three really rocked it for us. We talked, a lot, about the doctors; about being brave; about how super amazing the medicine was. We played doctors a lot, and normalised the environment and the process. And finally, we gave TD something to get excited about. And it worked!

His next vaccinations won’t be until he’s a teenager now. If I’m honest I can’t see these tips playing out as well then, but who knows…

You can find Halina online:

Thanks for those tips Halina, my daughter is actually due her pre-school vaccinations soon, so I will definitely be using them! Bribery worked with my son, but my daughter is a bit more sensitive so I really like the idea of role play and preparing them.