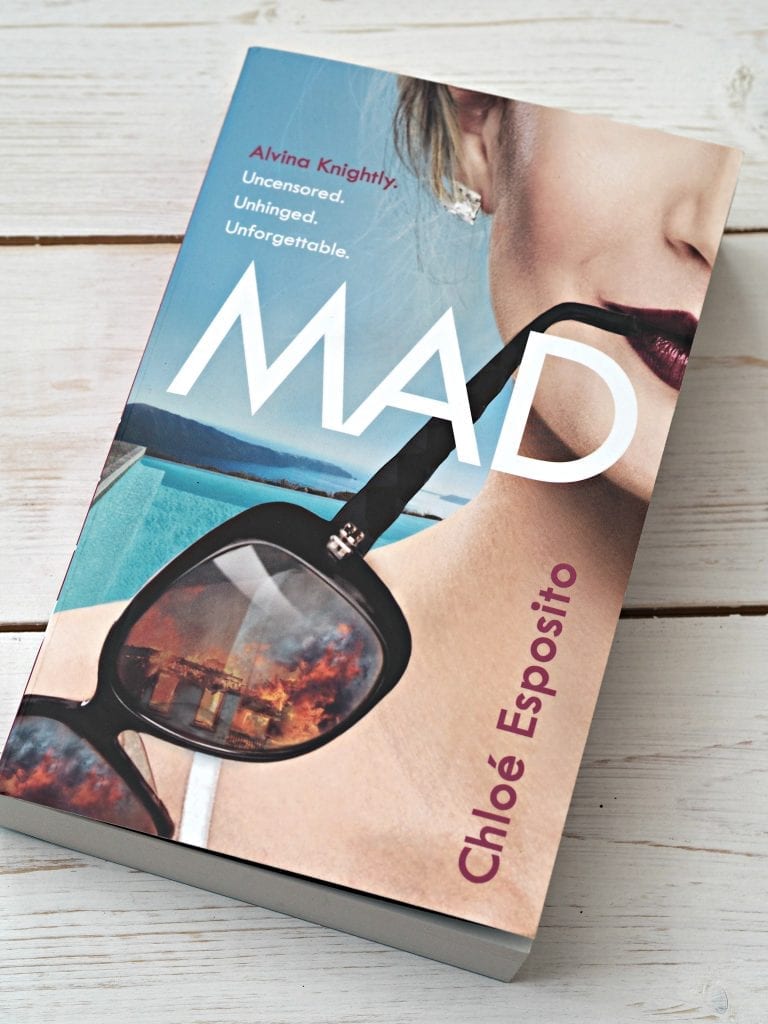 Wow, where to start. Mad is an insane rollercoaster of a ride. Alvina Knightley is absolutely outrageous, horrendously selfish and seriously sociopathic. You have no idea what she is going to do next, but most probably it will involve her looking good and might also include a Lamborghini.

Mad isn’t the usual type of book that I read. But after having read the book blurb I was really intrigued and I decided to step outside of my comfort zone. When I began the book I absolutely hated Alvina (Alvie), she was a selfish, irresponsible train wreck. Working in a dead end job, living in a disgusting flat with questionable personal hygiene. Then a phone call from her identical twin sister Elizabeth gives her a chance to start afresh, and not in the way you would expect her to.

Let me give you a quote from the inside flap:

She can finally abandon her credit card debt – and her fruitless three-way relationship with Tinder and Twitter – when fate gives her the chance to steal her identical twin’s perfect life.

She may be an accidental murderess, but who can blame her for taking lemons and making lemonade? Well… Beth’s husband might, and the police, but only if they can catch her.

Quite frankly, Alvie is nuts. The whole book is nuts. As it gets into the swing of things it’s murder galore. Get to know a character and blink they’re gone. Think you know what’s going to happen next, and you’re probably wrong.

Under-pinning the mayhem is a mystery. As Alvie begins to live her twin’s life, she begins to quickly realise all is not what it seems. 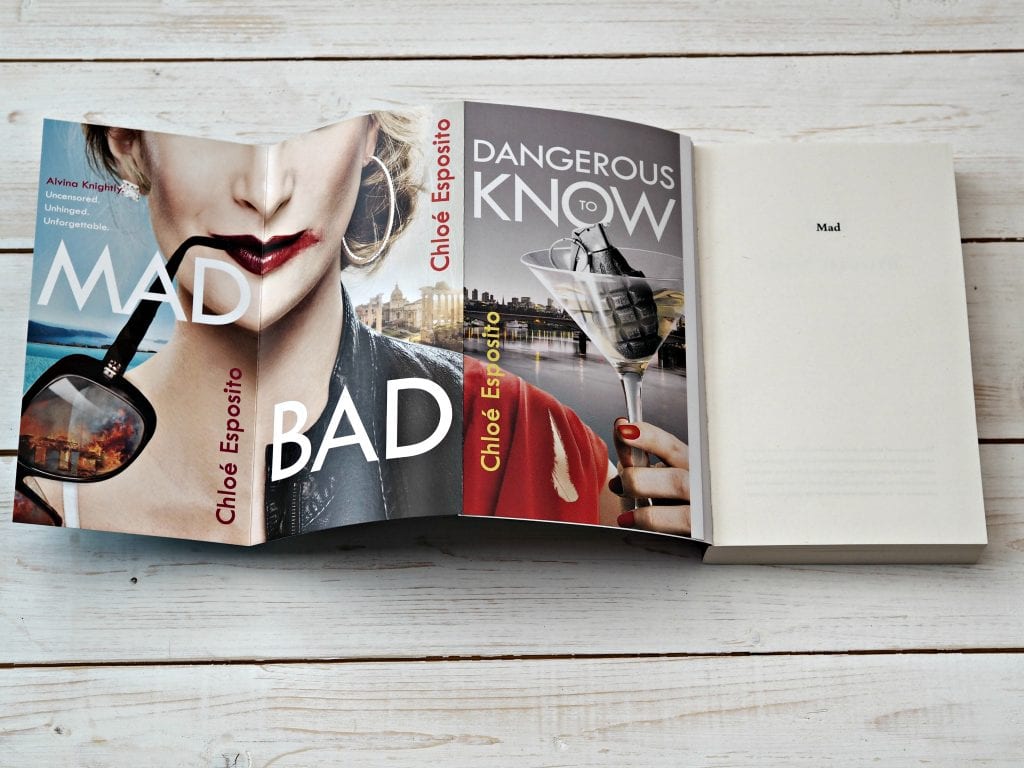 I developed a bit of a love hate relationship with the book as I read it. As much as I disliked Alvie, I start to become seduced by her crazy actions, wondering where on earth the book was going to take me next. Alvie is too astonishingly selfish to ever be a heroine, but she is fascinating. I think the trickiest part of the book for me is that I don’t usually read a book with a lead character that I don’t identify with, so it took me a while to get into the swing of the story and to commit to it.

It’s the first book in a trilogy, and the next two books are out in 2018, so you do have a bit of a wait. It also have just a bit of a cliffhanger ending too, leaving you wondering just what Alvie is going to do next. The books already have a film deal, and I can see why the story would translate brilliantly onto the big screen. It’s very visual and glamorous with the Italian backdrop.

As much as it took me a while to get into the book,  I’ll definitely be reading the next book, I want to know what Alvie will be doing next and just where the story is going to take us.

An outrageous book, that is seductive, sometimes funny and regularly insane. It may take you a while to gel with Alvie, but she will not leave you bored.

*Disclosure: I was sent this book for the purpose of this review, however, all opinions are my own.