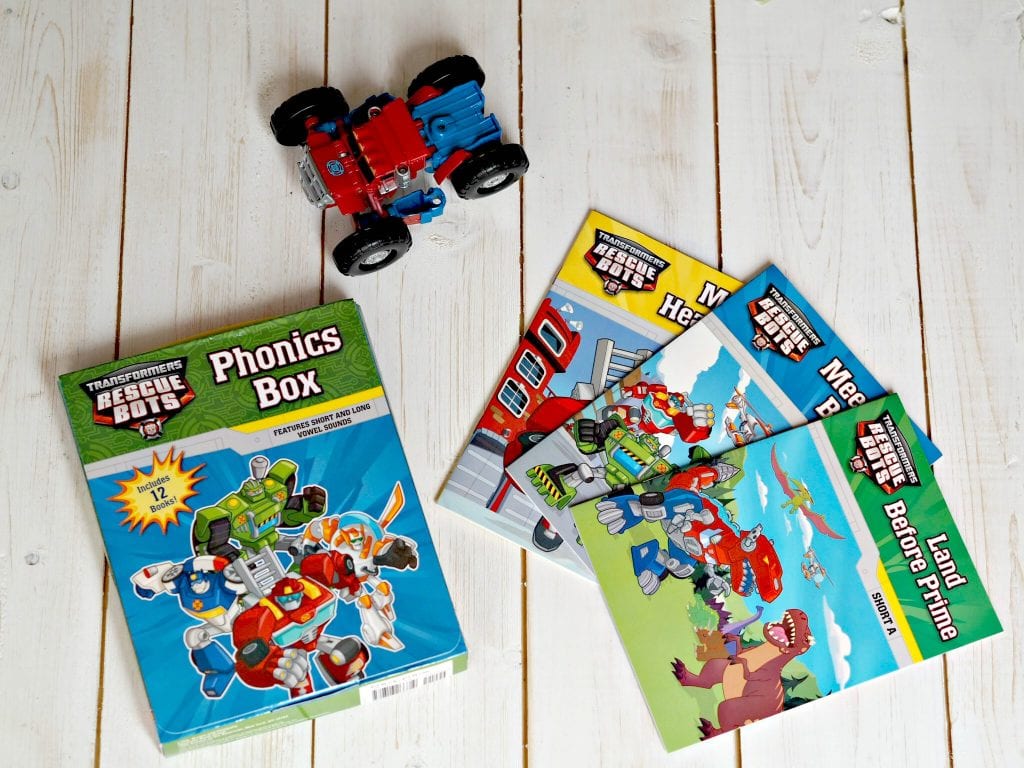 Encouraging My Son to Read with Transformers Phonics Books

I have to confess that I am immensely proud of how well my son is doing with his reading at school. He is in his final term of reception is he reading level is currently a year ahead. But when he first started reading after having an initial bust of excitement about it, all of a sudden he wasn’t all that keen. It was alien, it was hard and he’d much rather be playing with his Lego or in the garden than sitting with me looking at books. I can’t say I blame him. That being said, we’re big book lovers in this house and I think reading is important so we have persevered and we pretty much read every single day with him.

One of the things I also did was try and making reading entertaining for him. We started with fridge magnets – I like the Early Learning Centre ones as they have the ‘a’s the right way around. I gave him permission to write ‘naughty’ words on the fridge. I’m not talking anything major here – but give a 5 year old permission to repeatedly write bum and trump on the fridge and watch them giggle like crazy.

Another thing we did was buy some early phonic books in a subject he loves – Transformers. He really enjoys both playing with them and watching the TV shows, so I bought him the Transformers Rescue Bots: Phonics Box to encourage him to read. They are aimed at quite early – reception age readers. They are too easy for my son now, but actually that doesn’t matter as it means he can confidently sit there and read them on his own.

I wouldn’t say the phonics part is brilliant, although perhaps because they are American they use a different system than they teach in Logan’s school. It seems to teach in a different way. However, this really didn’t matter, it isn’t about the phonics or about how well it teaches or the structure of the book. It’s about teaching my son that reading can be fun and that is is the most important thing.