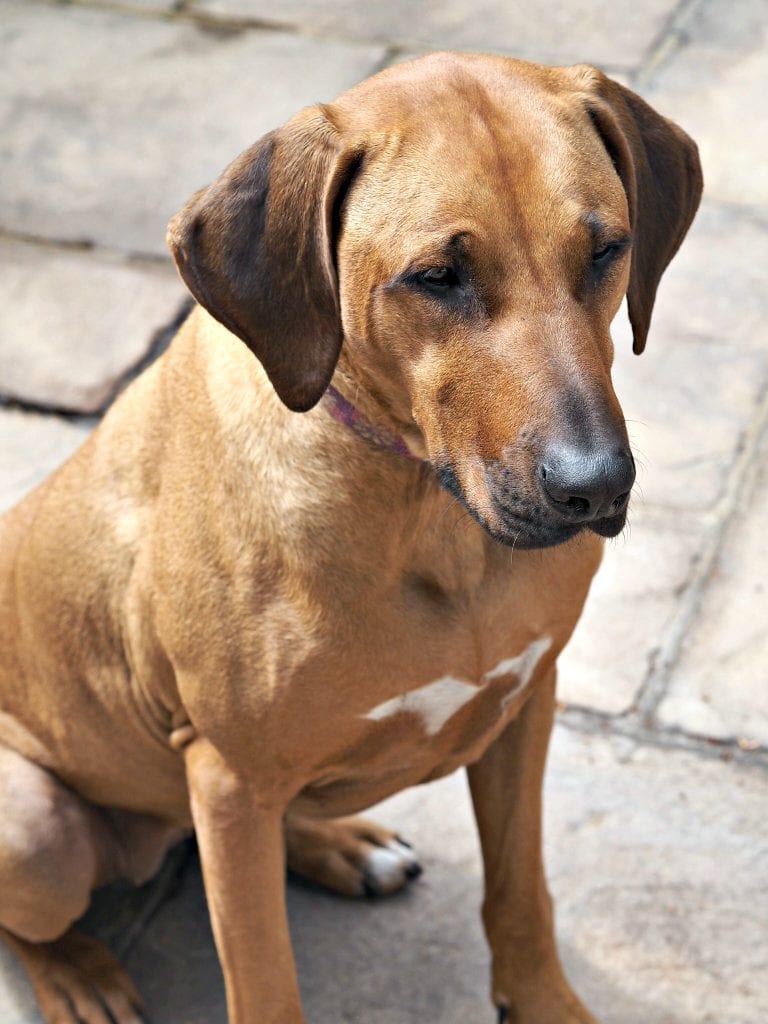 Florence at Five – Life with a Rhodesian Ridgeback

For the blog this week I thought I’d reflect back on my friend, confidante and erstwhile running partner, Florence. She’s that rarest of things, a Rhodesian Ridgeback without a ridge, she doesn’t know that though so I don’t tell her. We were introduced to the Ridgeback breed when we re-homed Boris, an ageing RR/Great Dane cross shortly before we were married. We had 5 happy years with Boris until age forced us to say goodbye. We’d known that moment would come for some time and had discussed getting a smaller, easier to manage dog, but when the time came we knew we had to have another Ridgeback. A few short months later Florence arrived back at our house and the chaos began. Our son Logan was 10 months old at the time and my perverse logic was that a puppy and a baby together would get all the chaos done in one fell swoop. That was true to an extent but I had not accounted for the sheer amount of chaos that then ensued.

The thing about human children is that for the first 3 months they really don’t move very much. At 3 months a dog moves very quickly, at 6 months they can outrun you with ease. Female Rhodesian Ridgebacks, far from being more docile, are the hunters of the breed. Florence was strong, fast and had a penchant for independent thinking that often got her into trouble.

If we’d have known how tough those first few years were going to be I really don’t know if we would have brought Florence home. Her various escape antics, utter hatred of anyone who came to the door and complete disinterest in her training classes made for tough times. There were many times I wondered if we had taken on too much and whether she might have to be re-homed. It wasn’t that she was a bad dog, per se, but just that she was too much of everything. Too fast, too bouncy, too big and too strong. For my part I was too tough with her. Having read a number of texts on training Ridgebacks which cautioned against being heavy handed with them, I tried but many times shouted too loudly at her and lost my temper.

For a long time I wondered if things would ever change but sometime around her third birthday they did. I’d had to stop running for a while due to an injury sustained when running with Florence in a cani-cross harness. I’d been forced to use the harness as, realising my attention was on my run and not her, Florence had decided to use our runs as a time to really explore the forest in depth. After the injury I was not keen to put her in the harness again as, put simply, I was afraid. So I let her off the lead. I don’t really know what changed, perhaps not having had walks of any real length for a number of months, but she was a changed dog. I suspect that finally she’d just grown up. Maybe I just noticed that she’d calmed down, I don’t know. Whatever it was it marked a new epoch in our relationship.

From that point our runs became the high point of my day and Florence became less a problem to solve but a companion and friend. While her guarding behaviour is still pretty annoying, in every other respect her behaviour is really good. She can be a bit stroppy, sometimes taking herself off to her bed in the kitchen if she’s feeling piqued, but overall she’s a friendly happy dog. What I’d not counted on, having not had one from a pup, is how devoted Ridgebacks are to their owners and how affectionate they can be. Sometimes it’s hard having 50kg of solid muscle wrapping itself round your legs but there’s no nicer welcome home than a Ridgeback welcome.

I wish I hadn’t been so tough on her at times, if I had known how she would grow up I think things would have been easier in those early days. Perhaps what it comes down to is I really don’t like puppies. Sure, they’re cute, but they’re annoying and badly behaved. I’ll take my grown up dog over a puppy any day of the week. Here are the 3 most important things I’ve learned with Florence in the last 5 years.

1. As much as with children, dogs need you to be patient.
2. Just because a dog looks fully grown, it doesn’t mean it’s emotionally mature.
3. There’s no better dog than a Rhodesian Ridgeback but you have to be fully committed. 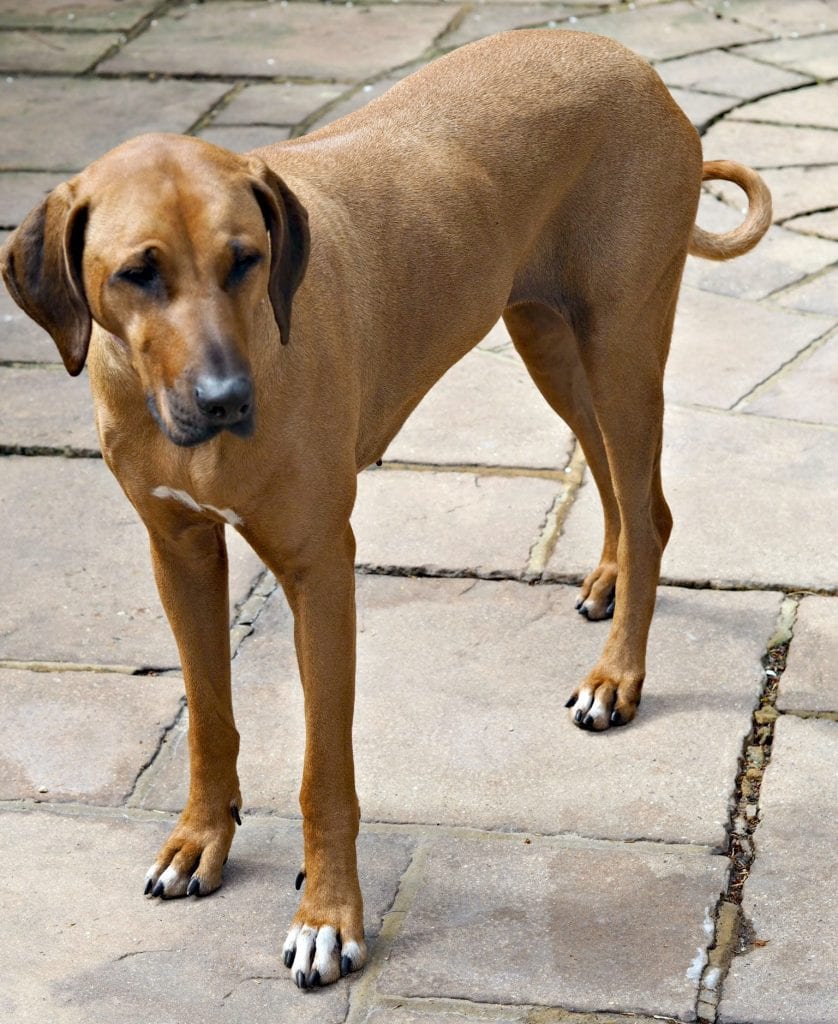 5 thoughts on “BEN’S ZONE: Florence at Five – Life with a Rhodesian Ridgeback”