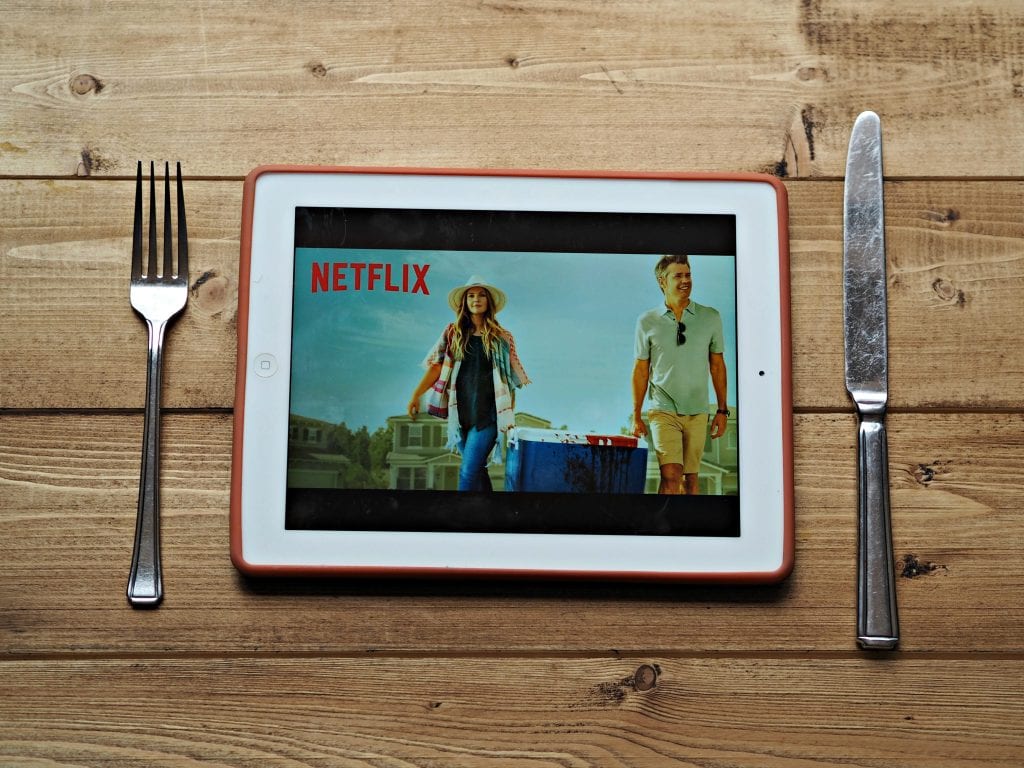 What I’ve Read and Watched in February 2017

I will start with TV this month, as we decided to give Santa Clarita diet a go on Netflix and it is by far one of the best things I have seen on TV in ages. It’s real dark humour mixed with a proper gross out factor at times. But Drew Barrymore and Timothy Olyphant and brilliant as estate agent husband and wife whose life changes dramatically as Drew Barrymore becomes a zombie who craves human flesh. It is genuinely laugh-out-loud funny at times. Do not watch the first episode while you are eating food you have been warned!

My husband was away for a week of February, so whenever he is away or out I tend to watch shows that he wouldn’t like. I have been slowly making myself through the original series of The Gilmore Girls over the last few months and I am now finally on series 7. I really love it, and if you haven’t watched it before it’s about the relationship between a mother and her daughter and the lives of those around them. It’s really engaging and funny. When I have finished I then plan to watch the reunion series.

There really was only one film I was going to see this month wasn’t there? Yes, you guessed it Fifty Shades Darker. I know a lot of people dislike the books, but I really enjoyed them. So I have highly anticipated both films. I really enjoyed the film and through the chemistry between Dakota Johnson and Jamie Dornan was smoking, much better than the first. As with any book to film adaptation there is always a frustration about what was cut and this film was no exception, the books are always better right? But all in all, I think they did a really a good adaptation, the film was glossy and sexy and Jamie Dornan reached an entirely new level of deliciousness.

I’ve had another good reading month, I highly suspected I wouldn’t be able to top the 8 books of January, but I did rather well in February reading 5 books. Which puts me at 13 books for the year so far. This month has all been about the romances and Kindle 99p deals which has made me try a couple of new authors. I started with Riddick by Kathy Coopmans, the beginning was very good, although it lots a little of its momentum towards the end. I then tried a couple of rock star romances by Jayne Frost – Gone For You and Fall With Me, both light and fun. But I think my favourite read of the month has to be Egomaniac by Vi Keeland. With a hilarious start, a sexy and arrogant male lead, meets kind-hearted psychologist.