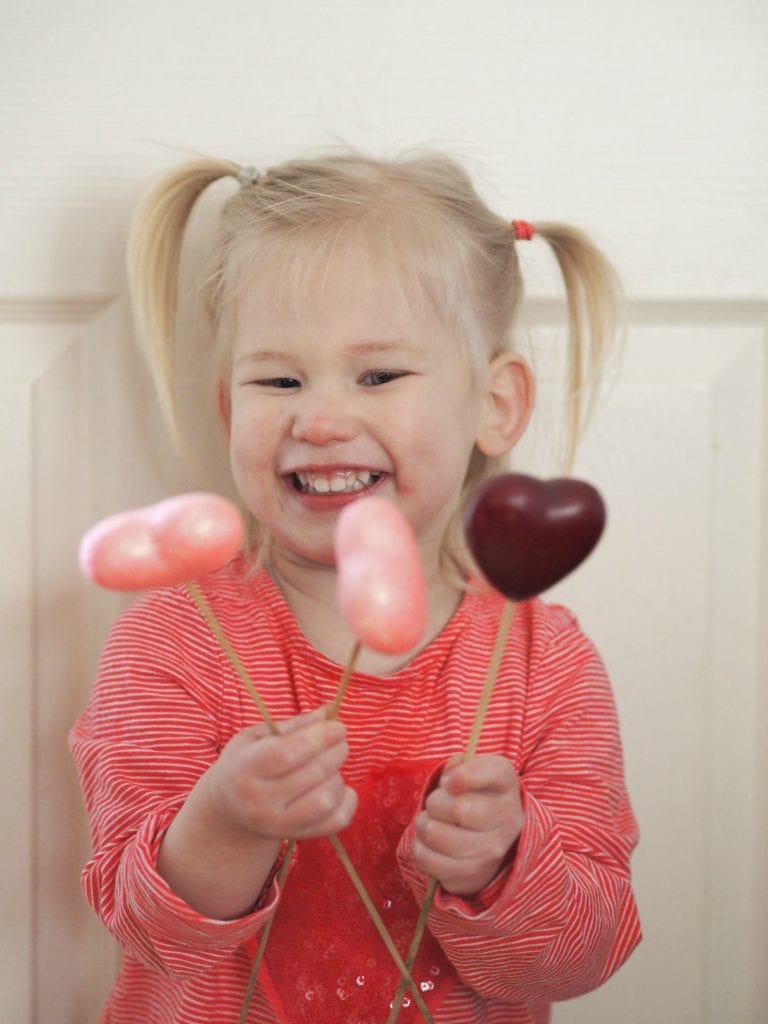 Things We Did This Half Term – February 2017

I actually cannot quite believe we are half way through the school year already. I am really treasuring the school holidays when my son is home from school and getting to spend lots of time with him. I also decided that this half term needed to be a quieter affair. My daughter was recovered from tonsillitis and an ear infection, and my son was just really tired and needed some down time. The Christmas holidays had been really full on and I felt like he hadn’t really got much relaxing time and I felt that he needed that this half term. On a side note, it was also Valentine’s Day in half term and I couldn’t resist sharing this photo of Aria from then.

Monday was an easy day for us, we went to organise some new shoes for my son in the morning, sadly he has worn holes in his already! Then the afternoon was all about simple pay-doh fun in the kitchen. It was lovely to watch the children play together, and they played with it for hours. 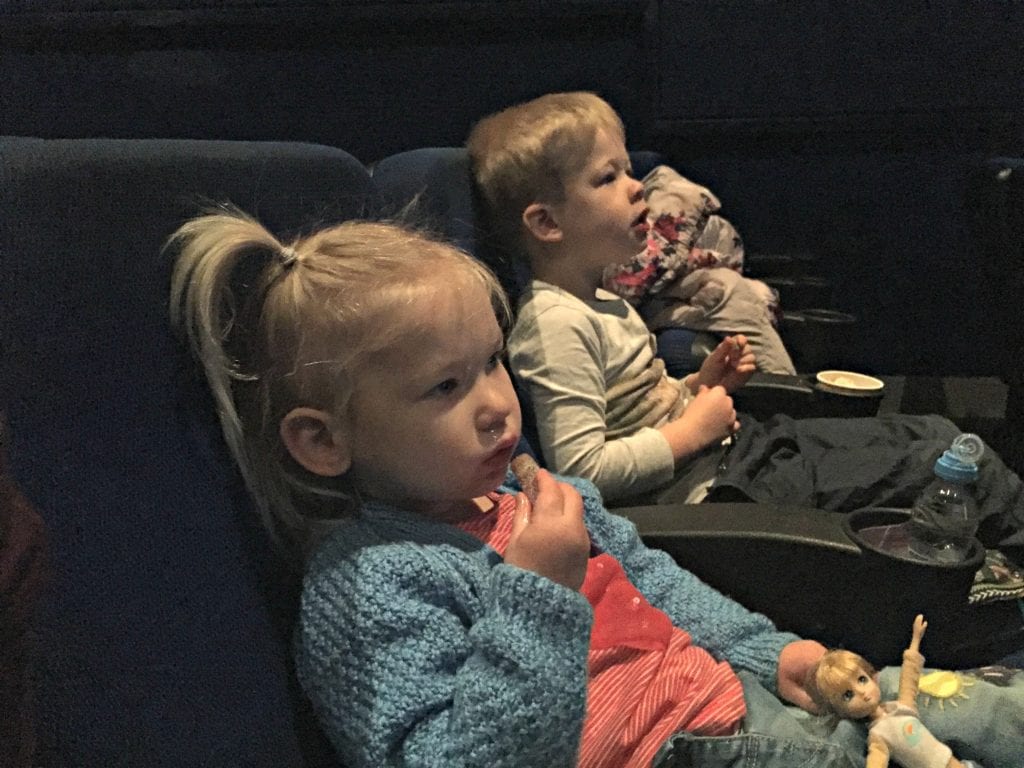 A promised trip to the cinema, my son had been desperate to see the Lego Batman movie since he saw the first trailer, so I said we could go in the holidays. I have to confess it was not my favourite choice of film and I nearly fell asleep at one point, and Aria curled up on my sleep too. But Logan absolutely loved it, and he has promised it is Aria’s choice next time – Beauty and the Beast here we come!

Wednesday started off with a not so exciting trip to the dentists – but it was Aria’s first visit so maybe a little exciting. Then we went for lunch and a play date with friends. I actually completed failed getting any photos on Wednesday. But, it was a genuinely lovely day and simple fun.

Thursday was our assigned PJ day. We had no plans to go anywhere or do anything. The children piled into bed with me in the morning for cuddles, we watched films and TV, played with Lego and did colouring in. We did originally plan to do some baking, but in the end was just having too much fun playing with toys.

Back in October it was my son’s birthday and we were meant to go into London to visit the Natural History Museum, but everyone was too unwell. When I looked on the Natural History Museum’s website the main hall was closed so we decided to go to the Science Museum instead, and I have promised Logan a visit to the Natural History in the summer. My husband took the day off and we all went together, it was Aria’s first time on the train and I’m not sure if that wasn’t her favourite part! It was super, super busy, they had a Robots exhibit on which you had to pay extra for, but I think was probably our favourite bit, along with the aeroplanes. My husband has a degree in Mechanical Engineering and it came in very handy explaining all of the different engines to an inquisitive Logan. A few of the exhibits I think my children were too small, particularly Aria, and it was probably better for older children, but the children still had a fab day.

Logan’s school also set us a half term challenge to take a picture of Logan reading in an unusual place. So Logan found a aeroplane to read underneath. I think we did quite well… 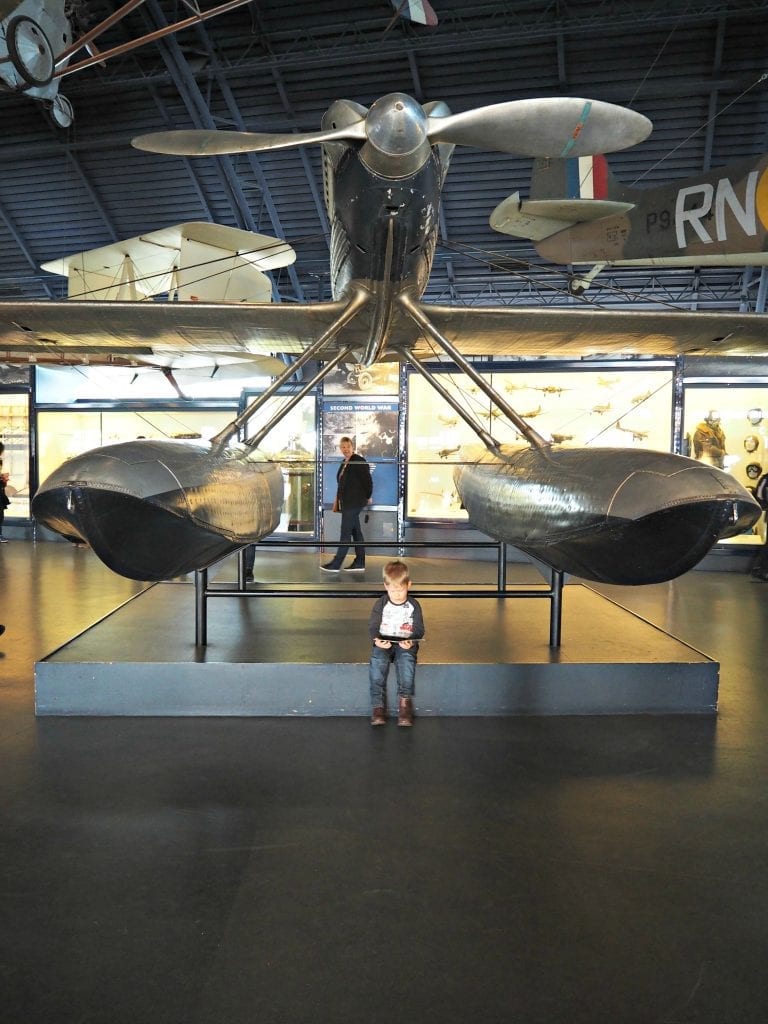 We finished half term off with a visit from Logan and Aria’s grandparents, uncle and Great aunt (another photo fail!), which was a great way to end the week before back to school on Monday.