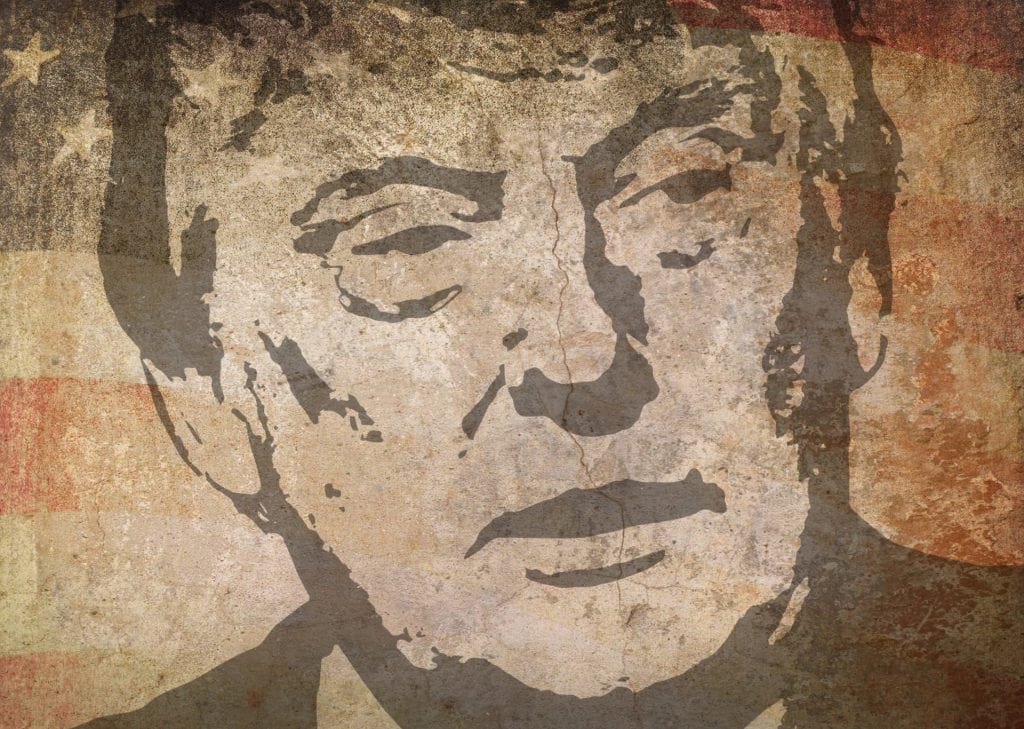 I’m never sure about blogging about politics, I always worry that I am not knowledgeable enough to effectively write about them. But I am finding recent events hard to keep quiet about, they are making me nervous for the future and what might unfold over he next four years. I don’t live in America, in fact I’ve never even visited, but we cannot escape that what happens in America affects us and countries across the world. When it was announced Donald Trump was running for President, I honestly thought it was a joke. What then followed, as we all know, was an astonishing presidential campaign that saw him become the 45th President of the United States. Something many, many people never thought would happen.

In the modern world it’s really hard to get unbiased and truthful news or reporting that hasn’t been manipulated by someone for a certain agenda. I am well aware that I consume a lot of my news via social media, and that my Facebook feed is cultivated by algorithms to show me news reports that I want to see and that match my own political beliefs. I wonder if that is perhaps why I was so surprised by Brexit because the news I saw reported matched what I believed and not the populist view.

My perception of Donald Trump is an impetuous, bigoted and impulsive man. As I have watched the news unfold this week it I have felt such a sense of unease. If a man who cannot control what he tweets and appears to believe it acceptable to lie, how can he be trusted to be President? I believe some of his actions this week are so impulsive, they’re downright scary. Some of the things he has said are jaw dropping and his views on women make me shudder. I don’t know Trump, I can only see what is reported so I have to try and see through some of the potential reporting bias and instead look at his actual actions in his first week in office.

I think the biggest thing that has troubled me is Trump’s order on the abortion policy. If you aren’t much of a follower of the news, Trump has banned any federal funding to organisations that support abortion, or even discuss it as an option. This is quite a wide reaching policy which is more likely to hit developing countries than people in the US itself. It is banning organisations from talking about abortion to women if they still want to keep their funding. It’s quite clear that many organisations will chose to adhere to the order than lose crucial funding.  You can also understand why.

Trump has loudly expressed a wish to ban abortion in the US, so I guess we will have to see what his next steps on this issue are. One of the parts I found particularly chilling was the image that accompanied this news. Seven white men sat around a table signing an order that affects women. Not a woman in sight. This is 2017 and yet it seems the age of equality is going backwards. Abortion will always be an emotive issue, but I believe in a woman’s right to choose. There are many circumstances where I think it is important that the option of an abortion is available. We know from the past that legal or not, abortions will still happen, this will just make them go underground and mean women getting ill and dying from something they needn’t have to. It’s taking away choices and options for women, it’s men thinking they know better than women and it’s a blow for equality around the world, not just in the US.

Then there’s the Mexican wall. Another step backwards. Did we learn nothing from Germany and Berlin? Or should we look at Trump’s comment that he has no problem on legalising waterboarding in the US as an interrogation technique. I haven’t done enough research into the Dakota Pipeline issue to comment on it, but Trump’s belief that global warming does not exist is concerning. By the time he gets the conclusive proof he needs, will his actions be irreversible? We know that Trump is trying to control agency communications, putting the Environmental Protection Agency and its employees on a ban from Tweeting, sending out press releases or talking to reporters without review first. That he has met with anti-vaccine activists to discuss the now universally disproved theory of the link between vaccines and autism.

All of this in his first week in office. If Trump is impetuous as he appears to be, what happens when international relations go sour? Will there be a country sitting on the wrong side of a nuclear missile in an impulsive action that could affect the world irrevocably.

Segregation, torture, political control of communications, a decline in women’s rights, a disregard for the environment. Quite frankly it all seems like something I would be more likely to see in a Dystopian novel than in real life, and yet it’s not.

I feel like the past is coming back to haunt us and there is very little we can do to stop it. I am worried about what it means for my children’s future. What it means that Trump was voted in, is this a future that the majority want and I’m in the minority? Are the majority of people embracing these changes and my newsfeed just showing me what I want to read? It’s estimated that nearly a million people protested in the Women’s March after Trump’s inauguration – that’s got to mean something surely?

Personally, I’m praying for impeachment. But on the other hand would impeachment solve the problem? A lot of people wanted and voted for President Trump – would it just mean we get another Trump in office because it’s what the people want?

6 thoughts on “Donald Trump, Politics, Feminism and the Future”