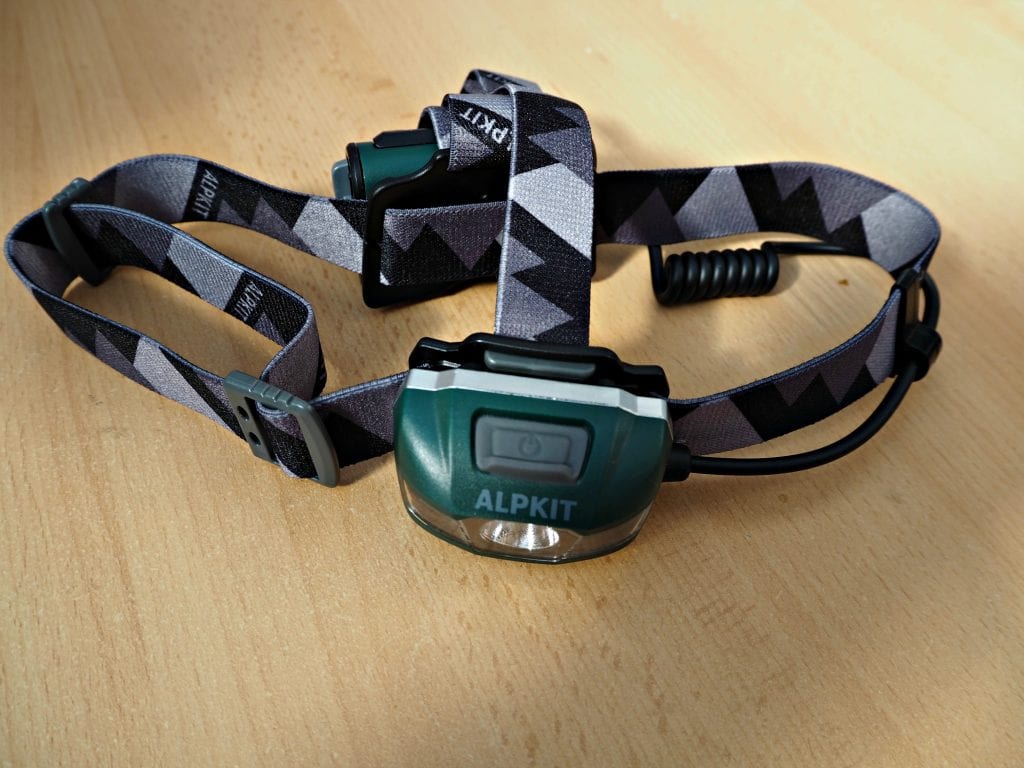 It’s getting to that time of year where daylight is getting more and more scarce, to stay running on the trails, a head torch becomes an essential piece of equipment. For the last few years I have been using an Alpkit Gamma, and it’s a fine piece of kit. This week, after some positive career news, I decided to treat myself to the new addition to the Alpkit line up, the Arc. I loved the Gamma for the reliability, light weight and long burn time but it wasn’t perfect and when Alpkit announced the Arc it went straight onto my wish list.

So let’s look at the specs on the Arc first. Alpkit claim 130 hours burn time for the Arc on low power mode and around 5 hours using the full monty 190 lumen focus mode. For me, that is more than sufficient, it is certainly longer in low power mode than the Gamma (which is excellent) and also full power mode is brighter. I had no complaints in that area so the extra power can only be a good thing. The offset, of course, is that the Arc is slightly heavier than the Gamma at 154g compared to 118g. Most importantly, the Arc is now capable of taking standard NiMH rechargeable AA batteries. The Gamma can only take normal disposable batteries and I always felt this was a slight let down, though offset by a long burn time on a given set of batteries.

Another neat feature of the Arc is the ability to change batteries on the fly. It comes with a spare battery bay which allows you to load a set in and change by popping out the existing tray using a neat spring loaded button. There is also a locking switch for safety but this could be locked once you’re back on the move after a quick changeover. It may seem like a small detail however these sort of things can make a big difference during a night race where you may want maximum brightness for longer than 5 hours. A lot of head torches either have a battery integrated into the light unit or charge from USB (or both) and put simply, with those, you’re limited to the burn time of your chosen brightness. For the Arc you can run for 10 hours at 190 lumens, which is hefty. Alpkit’s decision to go with traditional AA batteries makes sense in this context, as the name suggests, a lot of the products Alpkit make originate for climbers and campers where this sort of longevity is a basic requirement. 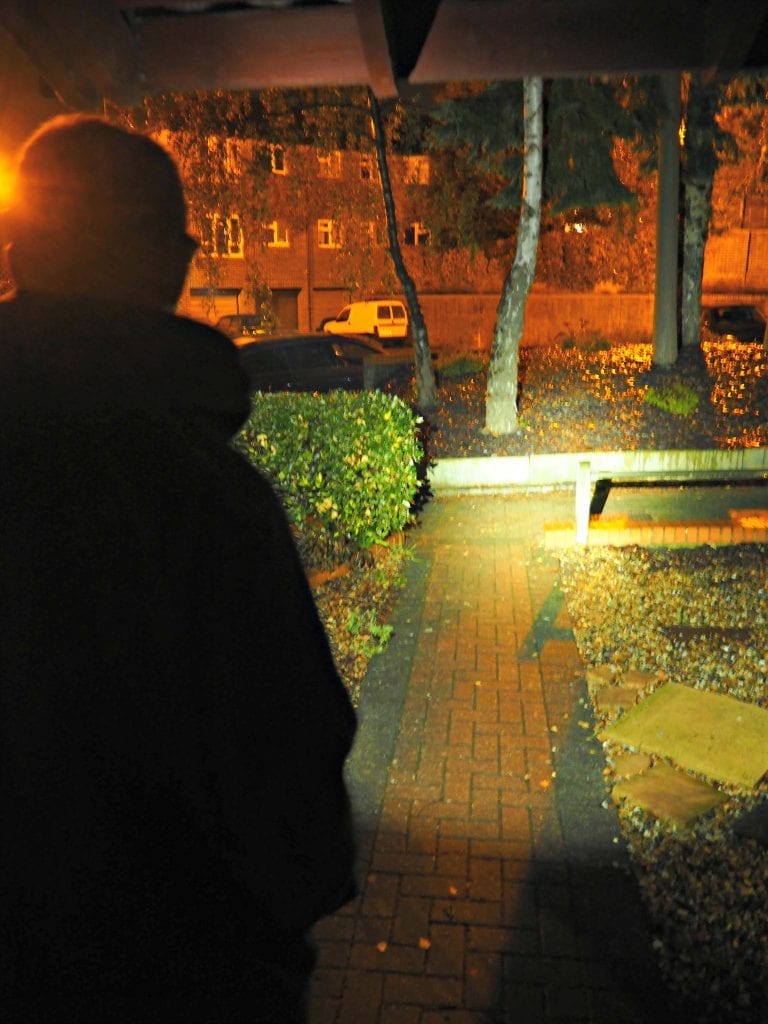 On the head the torch feels good, the extra weight is not hugely noticeable compared to the Gamma though it does feel slightly bulkier. What is really nice is that another big weak point of the Gamma has been properly addressed, the strap adjustment. Due to to design of the buckles on the Gamma it was easy to pop the strap out completely when trying to adjust them. This allowed a lot of flexibility but was an annoyance if it happened just before an early winter run. The buckles on the Arc still have a split back to allow them to be completely be removed but have been redesigned so that they adjust in a more controllable way. As I run in the rain, water resistance is important, the Arc is IPX6 (it can resist a powerful water jet) as opposed to IPX4 on the Gamma (splash proof).

In terms of light control, Alpkit take a simple approach and provide a single button to cycle between the various white light modes (High/low power focus, high/low power flood, flashing) and red light modes (constant, slow/fast flash) which is odd until you read up on how it works and then very intuitive. The red mode is intended as an SOS signal so I hope I never use that.

There are a couple of features notably missing from the Arc that I liked on the Gamma, firstly there is the ability to tilt down the light, it’s not a huge hassle on the Arc but its a convenient feature that I used to like, it’s particularly good for avoiding dazzling people when running in busier areas. Also missing is the red blinker on the battery pack that the Gamma has. I used to really like this as I thought it would make me visible from behind. It may be that the spill from the forward facing light is sufficient to do this.

So how about performance.  The Gamma was fine and the Arc is a significant improvements.  The beam is brighter and remains focused for longer.  As I said, I’d bought the Arc as a treat but it’s undoubtedly more effective in the forest.  I’m running deeper in the forest at the moment, normally as the nights draw in I’d stay out of the very darkest parts of the forest but I doubt I’ll have to with the Arc.  I am very pleased with the performance. 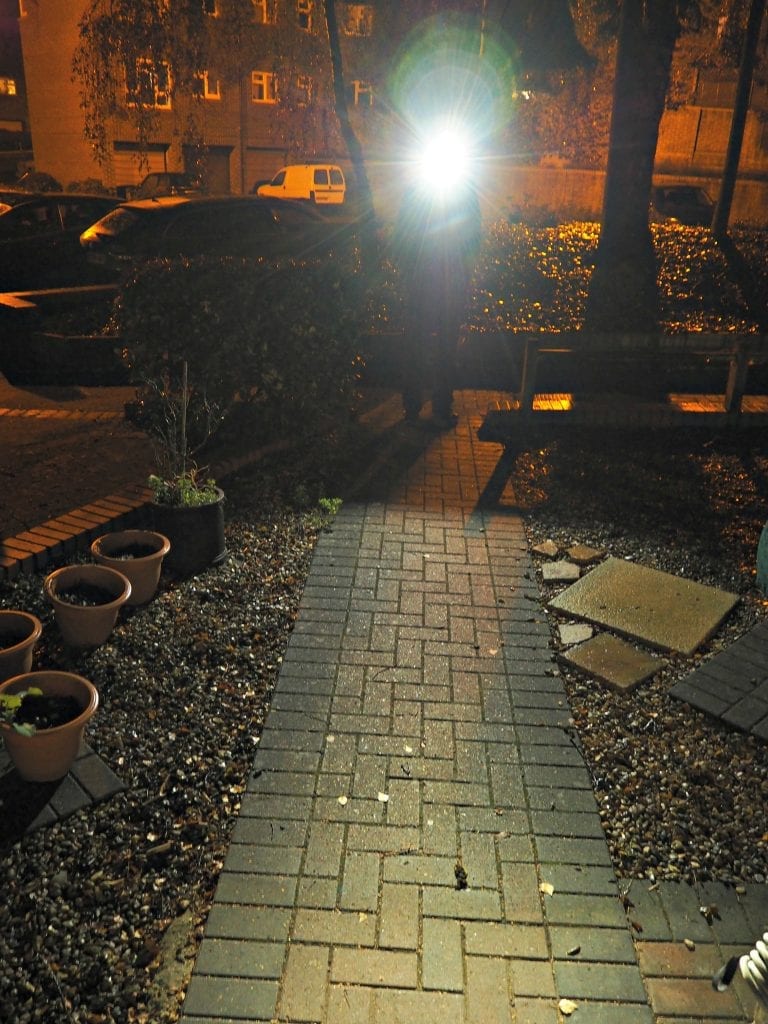 So, conclusion time, what do I think. It’s a tough one as I’m comparing the Arc here to the Gamma and maybe I shouldn’t. So let’s take a step back, the Arc is priced the same as the basic Petzl Tikka, this lacks a top strap, puts out 100 lumens is IPX4 resistant and I could not easily find a figure for burn time. It does lack quick swap battery packs and comes in at the same price as the Arc, it’s lighter. The LED Lensor H5 claims 25 lumens for 20 hours at a weight of 120g, again, no quick swap battery pack and no top strap, it’s about the same price as the Arc. In comparison to its peers I think the Arc represents a more complete package. In comparison to the Gamma it is a tougher sell. The Arc comes in at £10 more which represents a 50% jump in price on what is a very good head torch. What I would say is that if you are a distance merchant, or if you need that extra brightness then the Arc is for you (or if you have just got a new job and want to treat yourself) but if you’re looking for a low cost, high competence head torch and don’t mind not using rechargeable batteries, the Gamma is probably the best all round option.

* Disclosure: I purchased this torch myself.