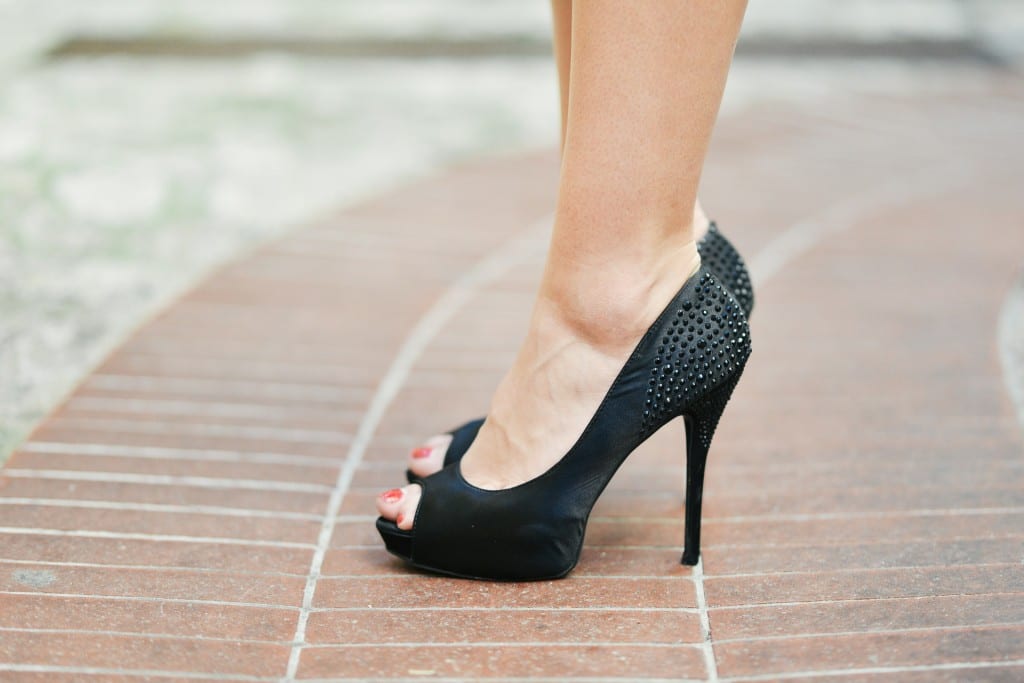 Unless you were hiding in a social media black hole last week, I very much doubt that you missed the story of the woman who started working at Price Waterhouse Coopers and was forced to go home and change her shoes. Not because she was not in acceptable business clothes, but because she was wearing flat shoes instead of heels. You can read the full story on the BBC: London Receptionist Sent Home For Not Wearing Heels. More than 100,000 people have now signed the petition to make this illegal and the firm involved have changed their policy in response to the backlash.

For me, the thing that rankles though is that in 2016, an age where we are meant to have gender equality, policies like this are still allowed to exist in large scale businesses. Women are allowed to be discriminated against and sent home without pay, due to an outdated and quite frankly outrageous policy that deems heels the only acceptable business wear for a woman in an office.

Firstly, let’s look at high heeled shoes. High heels were designed for women to ‘lengthen the legs’ but were brought into the mainstream in the 1500s by the future French queen who wore high heels because they gave her ‘a higher physique and a captivating sway when she moved.’*

I think that last sentence says it all. While I will agree that heels are stylish, they are also very clearly about sex appeal. A woman wearing heels is deemed more sexy in society, than one who is not.

Then there are other things to consider, comfort aside, high heels are not really great for your health. With them being the cause of 14k foot injuries in the US in 2012**. While there is no conclusive evidence, there are also some studies looking into if they can cause arthritis and back problems. Not a great item to wear all day long when you’re on your feet. If I wear them for any length of time, my feet kill me and there is no way I could do a day all day on my feet in heels.

Let’s look at equality. I cannot think of any circumstance where a man would be forced to wear an item of clothing, a clothing that has a sexual undertone to it, in a business context. Can you?

The woman in question wasn’t dressed unsuitably for work. In jeans in a business wear office for example. She just had flats on instead of high heels. Shoes that would probably improve her ability to do her job and that were in no way unsuitable for the role she was employed for.

I actually find it quite unbelievable that no has questioned the policy before now. But for me it was another reason why the glass ceiling firmly remains in place for women in business. Until we live in a world where women are not required to wear a certain item of clothing that is about sex appeal not functionality , how can we ever be equal?

I’m not against high heels in the least, I own quite a few pairs. but the choice whether to wear them or not, should be an individual’s choice and not enforced.

A large corporation believed this to be an acceptable policy for their business to hold. If there hadn’t been an outcry, I expect it would still be in place. It is a policy that would be more at home in the 1950s in an episode of Madmen, where a woman’s role in an office was to look pretty and do as your told. But it’s not the 1950s and unfortunately it’s not fiction, despite all the work woman have done, from Pankhurst to Greer, a man can still send a woman home like a naughty girl because she’s not dressing sexy for the boys.  Shameful.