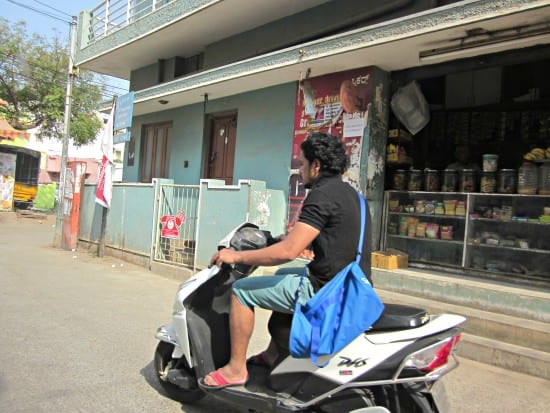 A Letter From India

Having worked in IT for years I have many Indian friends and have long been fascinated with the country itself. This year, with my new job, I was given the opportunity to visit India and I’ll be honest, the first thing I felt was fear! As a European it’s unusual for me to need a Visa to travel and that was the first shock, however the Visa process was smooth and painless with lots of text message bulletins to keep me posted on what was happening. For some cases you can now get a Visa on entry, so it’s worth checking if this might apply if you intend to visit.

The next worry I had was drinking water. I had been advised by multiple sources that tap water in India is not safe for drinking, and this was a real concern after a very bad experience in Egypt some years back. Again, this proved unfounded, an ample supply of bottled water was provided by the hotel. I wish I had known this when lugging 2 litres of bottled water from the UK. 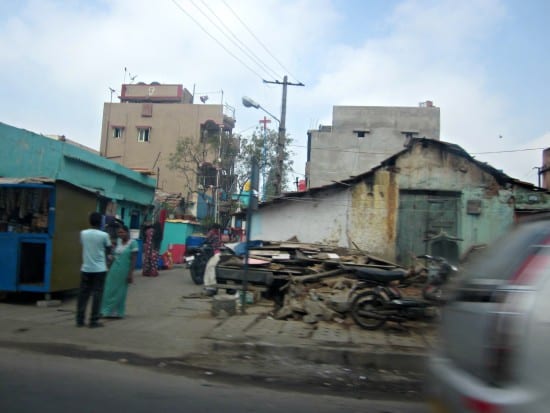 So what is it like? The only way I can describe day to day life in Bangalore is an all out assault on the senses. I’ve been in cities from London to Beijing during peak times and I’ve simply never witnessed the level of chaos that I see every day here in Bangalore. Bangalore, or Bengalaru as it is more properly called is a city built by the king Kempe Gowda on the Mysore plateu in the Southern Indian state of Karnataka some 900m metres above sea level. I took a direct flight from Heathrow which was around 9 hours. The city itself is synonymous with information technology having exploded in the late 90s as India became a major player in IT, particularly in fields of mobile technology.

The climate is tropical and because of the Mysore plateu less intense than other parts of India. March / April are the hottest times of the year as soon after the rains will come. Yes, it is very hot but not as unmanageable as I had thought it might be. I think it’s definitely true that ‘the only things you’ll find in mid day sun are mad dogs and Englishmen’ but that being said, I’ll go for a run in the nearby park once lunch has digested. I think it’s important to dress sensibly in a climate like this but with consideration to others. Linen and other loose, light materials are good, shorts and vests outside of a hotel environment are a bit gauche. The heat is much more enjoyable than the raw figures would imply. 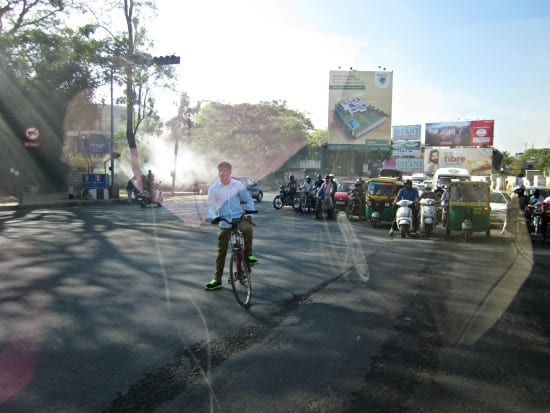 What struck me first was the vast breadth of difference that you see moving through the city. There is an obvious colonial influence with unmistakably British buildings peppering the landscape, but these will often sit right next to towering glass and steel IT edifices. Indian shops will sit alongside huge towers emblazoned with SAP, Oracle, Accenture and other IT behemoths. What’s interesting is that when an industry takes off in a region often it subsumes the existing environment into itself and that simply has not happened here. Yes, the technology presence is vivid but it will sit directly next to streets full of slanted housing and open fronted shops that look as though they have not changed for hundreds of years.

Smoothly paved tarmac roads will lead swiftly on to winding dirt tracks with pot holes like bomb craters and across either it’s no unusual to see a cow roam, oblivious to the traffic around it. The traffic, oh the traffic; nothing has taught me more about the way of life here more than the traffic. With a population of over 8.5 million there really is no good time to drive in Bangalore and, to be honest, I would not even try as cabs alone are a sufficiently intense experience. On the roads, cars, trucks and buses vie for space. If any gap at all opens up motorcycles and scooters flow like water through sand grains to close it up. Throughout all of this everyone toots their horn at everyone else. The meaning of a horn toot is simply ‘allow me to pass please’ and it’s an essential component of life here. Moving from a junction on to a main road seems to take an equal amount of raw courage and doublethink as one has to tactically ignore the drivers on the main road (who aren’t going to stop) and pay close attention to them (to judge whether they can stop when we inevitably pull out anyway). 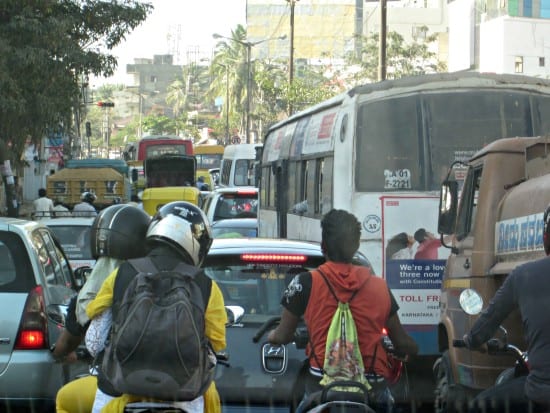 I found it baffling that so many people could take part in a road system which is still only partially modern without any clear sign of direction and so I asked an Indian colleague of mine. The explanation made perfect sense:

This really seemed to capture this place in a nutshell for me and explained why we have Christians, Hindu, Sikhs, Muslims and many others speaking Hindi, Tamil, Kannada and English all getting along just fine. There seems to be this deep understanding that other people may have different views and that’s ok. Coming from a nation of individualists I have to admit that I find this brand of gentle individualism quite seductive. It might be that the hot climate naturally relaxes people or it might just be that there’s not enough time or room to leave the car and shout at someone when they carve you up, but whatever it is, I find the tolerance here refreshing and enjoyable. Not the traffic though.

2 thoughts on “BEN’S ZONE: A Letter From India”