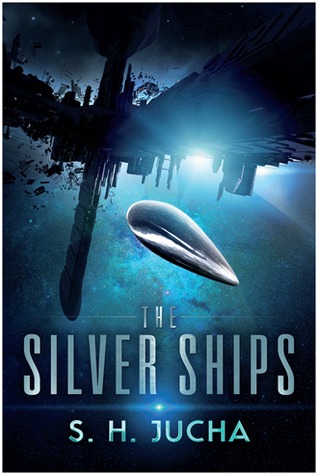 The Silver Ships is a tale of a threat to mankind from the titular silver ships. We learn of the ships when a deactivated ship attacked by them drifts into the vicinity of our hero who, of course, rescues them. The meat of the book is concerned with the interactions between the crew of the deactivated ship, their artificial intelligence and our hero and their quest to return to their home planet.

On the face of it there are some interesting themes in The Silver Ships. What would happen to the diaspora if we sent out generation ships, some points about how we might harvest comets but none of it is explored with any great detail. It’s frustrating as it seems to hint that the author has put some thought into the science part of the science fiction but that this never really makes it to the page. It lends the book a slightly superficial and lightweight quality.

By far the most disappointing aspect of the book is the characterisation; everything is totally one dimensional. The main character is resolutely a ‘goodie’ at no point does he make mistakes or lose his temper or behave in any way outside of a sketch of a ‘gruff but amazing space hero’. The reactions of other characters are equally predictable. All of the rescued space travellers, including their ship AI, pour adulation on the hero at every opportunity. It’s immediately obvious that he is going to hook up with the female lead (the feminine female lead, not the hardy pseudo male space pilot female) as soon as they meet.

The net effect of this lack of character depth is that, in a character driven story, there’s no dramatic tension whatsoever. In most stories you know deep down that the good guys are going to win, but it’s so obvious in this book that it feels almost like a literary fourth wall has been broken.

There’s nothing wrong with a little bit of ‘boys own’ type science fiction but at some point, someone (perhaps an editor) should have sat down and told the author that cardboard characters don’t work.

The style of the book is pretty readable and some of the basic ideas are really good, I would have liked to see more made of them but unfortunately, for me, the issue with the characters was something I just couldn’t get past which is a shame as I suspect there is a good book in there. What was clear, though, was that this is the start of a series, it would be nice if we saw some more facets to the characters in the later books.

*Disclaimer: The book was kindly sent to us by the publisher in exchange for an honest review.