It’s always a super exciting time on the run up to a child being born. For me, I found that I focused very heavily on the practical things I had to do, getting the nursery ready, being aware of what I needed to do in the delivery room, and I didn’t give any thought to what being a father would actually be like. It’s probably a good thing that I had that kind of tunnel vision as I suspect I would have only worried had I given any consideration to what it might be like. This week I thought I’d share 5 things to be aware of when becoming a new dad, this is just my perspective, your mileage may very. 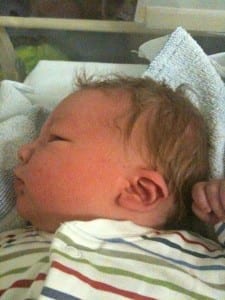 1. You need to be patient, but don’t worry, you’ll become patient

The interactions I have with the kids are often fraught with insanity, my arrival from work coincides with the peak of tiredness and hunger that we call ‘dinnertime’ and my sage sister in law calls ‘the witching hour’. When you’ve spent all day thinking about the kids (obviously during my break periods if anyone from work is reading) and at the end of it you walk into the toddler equivalent of a shooting war, it can be stressful. My big fear was that not being a very tolerant person I would end up snapping and losing my temper with the kids. I don’t know where it comes from but when I really need it, the patience is there. You don’t turn into a saint, it certainly only seems to affect the relationship with the kids, but at those crucial times I find a well of patience that I just don’t have in other situations. A big fear of mine is losing my temper with the kids, and while I’m sure it will happen, sooner or later, for the most part I find I’m given sufficient grace to get through most tantrums. If not, a subsequent piece of advice is that it’s ok to put them somewhere safe, leave the room and count to ten until the temper subsides.

2. Be prepared for them to be involved in everything you do

Much as it’s unfair, as soon as they can walk, be prepared to be the favourite. All kids want mum when they have a fall and hurt themselves but being the primary care giver (and in our relationship that’s my wife) means that dad always has novelty value. This means that anything you do in the house has to be re-thought to involve children. This can be as simple as buying a set of toy DIY tools and a little hard hat or as complicated as hoping your arms don’t give out during the last set of pull ups as your daughter crawls underneath. They’ll want to be doing everything you do, expect it and plan accordingly.

Quality time is, on paper, a nice idea, planned period where you all so something fun together with the notion of maximising family bonding. Nice idea on paper, pretty much pointless in reality. Let me give an example. When my daughter was born I knew my wife and our mothers would make sure Aria had everything she needed so my focus was on Logan, our eldest. I planned some amazing quality time for my paternity leave, going swimming, fun in the forest, taking him out on his balance bike for his first taste of trail riding, it was going to be awesome. Did I do any of it? No.

Well, ok, we went to the swimming pool and left after 20 minutes. Logan loved his little sister from the moment he saw her however he did have a clear idea of who he held responsible for the disruption to his well ordered world, us. While his sister got brought teddies to cuddle we got tantrums the like of which I have never seen. Planned quality time is an illusion. What’s the answer? Don’t plan it, keep an eye out for small moments that can be quality time and don’t be too busy to maximise them. One of my best memories from last Christmas is all being together in the kitchen when ‘Disco Inferno’ came on, the best thing I did that day was to take a break from all the cooking I had to do and spend half an hour dancing round the kitchen to disco classics. Quality time will find you, if you keep your eyes open.

Referring to my first point, there will be times when you get it wrong, you need to learn from it and forgive yourself. Every time I snap at one of the kids I feel horrible for the rest of the day, my mind heads to visions of them recounting it in future therapy sessions and talking about how my sharp tongue scarred their lives. Obviously you have to try and avoid this but parents are human and we have bad days and sometimes we make mistakes. If a child is going to grow up healthy it’s important for them to see us as humans who make mistakes, not impossible giants with flawless self control. Keep it within bounds but don’t get into a cycle of shame and self punishment just because you snapped at them once.

5. You can only do your best

Following from point 4, you have to try with kids, you have to give it everything you’ve got, every day and you don’t get breaks, but you can only give them your best. It was really hard for me when I first had to admit to my son that I couldn’t fix a broken toy. His toy mixer had broken and the switch was kaput. At the very least it would need to be soldered and I don’t do soldering (I have scars to remind me why). I hated having to say that it had to go in the bin and it hurt that he’d lost his favourite toy but it was really important for him to see that while I do my best, that’s all I can do. Again, it comes back to what I’m teaching him about my expectations and what I wanted him to learn there was as long as he does his best, that’s ok by me.

4 thoughts on “BEN’S ZONE: Five Things I Wish I’d Known Before My Son Was Born”