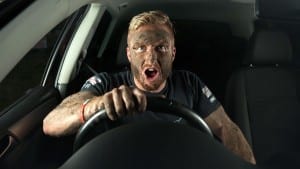 I don’t normally review TV programmes, however, I made an exception for this week’s edition of the BBC documentary series Modern Times. The programme focused on a number of competitors in a Tough Mudder competition last year. As readers of these posts will know, obstacle course racing (OCR) is something I enjoy and do as much as my job and family reasonably permit and Tough Mudder is very much the poster child of OCR. The first OCR is acknowledged as being the legendary Tough Guy run by a curious character known as Mr. Mouse on his horse sanctuary in the West Midlands. Tough Guy ran for some 20 years in relative quiet known locally as the place to be in January for everyone who liked running and had a few screws loose. That changed when it was visited by Harvard Business School graduate Will Dean who saw the physical challenge of triathlons coupled with an alluring mix of hardship and absolute cameraderie and knew there was an opportunity. The rest, as they say, is history and Tough Mudder took OCR onto the world stage and to a value North of $70 million.

If you ever post on Facebook about exercise or running you’ll have seen a ‘suggestion’ you do Mudder pop up already, it’s taken OCR mass market where it has stayed for a few years. As it has been a few years, the ever topical BBC has finally got around to making an OCR themed documentary and so we have Weekend Warriors. I don’t know what I expected when I watched it, on balance I probably shouldn’t be disappointed but I was. In the tradition of so many documentaries before it, WW takes the low road and rather than getting into the mind of a typical OCR athlete, they found some people and told their story. I may be a cynic, I may be slightly butthurt but it does seem that so many documentaries purport to talk about a subject and eschew detail and research in favour of focusing on individuals and telling their stories. 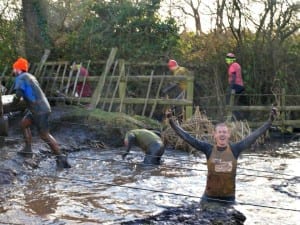 So we’re treated to the recent divorcee trying to find meaning in life, the fifty-something who openly admits to a mid-life crisis, the father and son who are trying to rebuild their shattered relationship and the army guy entirely focused on winning, supported by his mother of course. For comic relief there are a couple of laddy builders who couldn’t be bothered to train. One of whom shares a bizarre aside about not trusting women, but wanting children before revealing later on that a previous girlfriend had aborted his child. But what did the programme actually tell us? As far as I could see, the message was that Tough Mudder (or any OCR as it could have been any OCR for all the detail the BBC gave about it) is a great way to prove something to yourself, learn about self worth, overcome adversity or some such. I don’t even know the point that they were trying to make with Sean the army guy. We’re shown about how he still lives with his mum (imagine, a millenial living with his mum, the comedy! Because they can all get mortgages and their own places these days), how he bought himself a medal as TM don’t give them out and him running a marathon, at night, as part of his training regimen. All of this is accompanied by music to indicate to us that we’re supposed to find this amusing in a vaguely ridiculous way.

It felt as though some very specific angles were being played with all of the characters, to me, a guy prepared do a 26 mile training run, after work, to train for an OCR is not comedy, it’s dedicated. I found the presentation of the other characters equally slanted. Obviously this is part of the programme maker’s trade to some degree but the situations they picked did seem utterly bonkers. I mean, God forbid I ever stop speaking to my son, but if I do, my chosen method of rapprochment will not be an obstacle race. It will be a conversation (held in private, not, as shown here in front of Dad’s new family in Pizza Express, I nearly cringed myself inside out it was so gauche). 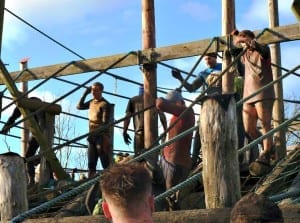 Most of all though my gripe is that they missed the point of OCR. At one point one of the caricatures actually came out with some nonsense about hardship and penance and discovering self worth or something. This is not why I do OCR nor why my mates do it. The only people who got anywhere near my experience of OCR were the two builder lads. Dark asides on relationships aside they were in it for a laugh and that’s why I do it too. Running is fun, running for a bit then climbing up stuff is super fun, running, climbing and then throwing yourself off stuff is epic fun, and that’s it. I don’t race obstacle races because I need to learn about myself, I did need to learn about myself at one point and so I went to therapy, because that’s what therapy is for. At no point did my therapist suggest I swim through a pool of ice water, why would she, it would be a stupid idea. I don’t do an OCR when I have had a ruck with my son, I talk to him, admit my part in things and make amends if required because that’s how adults behave. OK, I sort of did do some OCR when I realised I was getting older and fatter, but not because modern life had become too easy and comfy (some other piece of deep sounding nonsense one of the fruits in the programme came out with). No, but because my mate suggested it might be a laugh (back to the builders).

So it’s about fun. Yesterday morning I did an OCR called Colour Obstacle Rush, I’ll be posting a review next week – but I had a great time. The warm up started with a DJ smashing out banging house, we all got silly sunglasses to wear and the marshalls bombed us with colour as we ran the course. Yes, I timed myself, yes I was satisfied with the speed I made and yes, oh goodness yes, I had a truckload of fun. The lad I was running with (never met before, will never meet again) was a good egg, he’d had leftover Chinese for breakfast which we both agreed was a mistake, for a little while this morning, we were good mates, then I went home. That’s OCR, turn up, fun, party (if you like), go home. 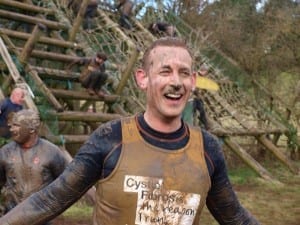 If you need relationship councilling go get some, self truth, go to a retreat, self flagellation, there are specialist establishments, but OCR is not what you need. I think the BBC probably know this, I think it’s simply lazy film making and an easy win to tell another story when the truth of it all is that people who do OCR, and there are a lot of us, sit in the intersection on a Venn diagram between people who are athletes and people who like to have fun. There’s no more story than that.

Modern Times: Weekend Warriors is available on iPlayer but spend the hour better and go find an OCR to play in at Muddyrace.co.uk