There’s No Such Thing As Sick Days for Mummies 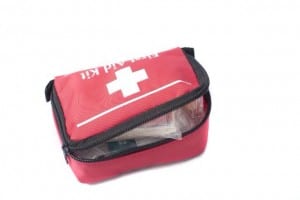 I’d never given much thought to how people with children cope when they’re sick before I had my own. I don’t mean just a cold sick, but really sick.

A couple of weeks back, in half term, a dreaded sick bug hit our house. As I cleaned up the mess, my son, washed the bedding and the soft toys that got caught in the cross-fire, I knew inevitably my time was ticking. Low and behold two days later at midnight it began. It was the first time I had been really sick as a mother of two. Also before then I had worked, so if I had been sick, I could have taken him to his childminder and gone home and felt sorry for myself.

At one stage, I got up, was ill, cleaned up my daughter’s nappy, breastfed her, put her back to sleep and was ill again, all while my husband slept (in his defence he normally wakes up for the children before me so I can’t really complain).

Come morning, my husband looked at me sympathetically and said that work is really manic at the moment would I be able to cope. Knowing he wasn’t lying I agreed.

However, come lunch time as I ran to the bathroom for the umpteenth with a baby tucked under my arm and a three year old trailing after me. A three year old who alternated between peering over my shoulder in fascination, and patting my back saying ‘it’s ok mummy I’ll look after you’ (bless his cotton socks). Who was also still in his pyjamas, (I had somehow managed to throw some toast at him at least earlier). I admitted defeat and asked my husband to come home.

Then… Two days later my husband got ill. And do you know what he did, he stayed in bed, by himself, with no children… all day long. All – day – long. I never thought I would be jealous of such a thing. But I was totally green with envy.

On a practical level, he needed to go back to work asap, it’s a fact of life that his salary pays our bills. But it was that day it really clarified for me there aren’t any sick days for mummies. People will help when they can, and as much as I have made a couple of tongue-in-cheek comments my husband is very hands on. But the buck stops here, sick bucket and all.

Anyone else had sick day envy?