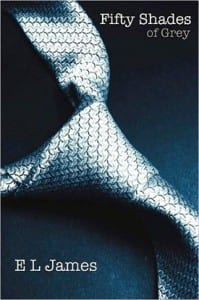 I know, I know, are a few of you rolling your eyes at me? Perhaps it’s at the title, or perhaps because here is yet another blog post about those books.

But, you see I have found myself getting a little irritated of late. It’s been out at the cinema a couple of weeks, the press and bloggers alike have gone into a frenzy about Fifty Shades of Grey once more. Opinions are mixed (I am yet to make it to the cinema so I can’t comment on the film, only the books), but quite a lot of it derisory – with calls of abuse and more about the relationship between Ana and Christian. Sigh.

Here’s the thing. Are the books well written? No. They need to be seriously edited and many a time when I wanted to grab Ana’s ‘inner goddess’ and drown her in the toilet. Also there were times when I found Christian’s love for Ana so smothering I quite fancied drowning him too. Or maybe a gentle kick… somewhere less than savoury. But, do you know, I still couldn’t put them down. Do I think it’s abuse? No. I’d actually question who had the real control in the relationship – Ana or Christian?

However, perhaps that’s not the thing we should all be focusing on here. Let’s looks at it this way. They were written by a woman, a working mother, in her spare time. They started out their lives as FanFiction from another trilogy of books that captured everyone’s imaginations too. They were (originally) self published, something that authors were previously advised not to do if they wanted to be successful. They have made people the world over read, people who wouldn’t normally read, have read them. Even grandmothers. Ms James got grandmothers reading about kinky sex. Really think about that for a moment. Not only that, but she changed popular fiction. She popularised a whole genre of fiction that was never before mainstream. A genre that people would only dare read before in their bedrooms or on their kindles, is now on the shelves at Tesco. Again, think about that. She has made millions doing something that was originally just for fun.

All of this by a working Mum in a society that is seriously struggling to manage the demands of managing of work and parenthood. We all feel it whether you decide to work, not work, whatever. It is hard. But Ms James  has  now made enough money for that to never be a problem ever again for her family. A dream for most of us.

Whether you like the books or not. How the hell is that not bloody marvellous?

4 thoughts on “50 Shades & Why Feminists Should Be Embracing It”