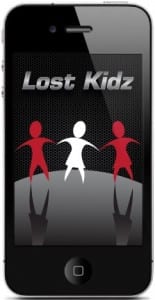 It’s hard being a parent. You love them with every part of you, there is nothing I can do to explain just how much I love my children. I’m sure you’re the same.

A story came up in my Newsfeed last week, Lost-Kidz App have an app to help you find your child if they are lost, and they were discussing whether people would micro-chip their child in order to keep them safe.

I understand the driving need to keep them safe at all times. I really do. I couldn’t bear the thought of something happening to mine. It is one my biggest fears.

But microchipping is not the way.

Sometimes I fear we as a nation are moving in a dangerous direction. We fear so much for our children and companies and governments play so much into that fear that we do not consider the wider implications.

This is not about keeping children safe, which is of course important. This is about civil liberties and freedom. Our children are not cats and dogs, they are people. Of course I can see the huge benefit of knowing where they are should anything happen to them. A few months back we lost our son in Sainsburys, it can’t really have been for anything longer than 5 mins, but it felt like forever. My husband and I looked everywhere, my husband even ran out into the car park to search for him. Just as we were about to hit super panic mode he came bounding up to us grinning saying he had been doing his shopping (grr). However, well do I remember that sick, terrifying feeling.

Would I microchip him to prevent it happening again? No. Although I might consider a toddler wristband, but to me that is something else entirely, not something that is permanently branded into a person’s body.

I have three main thoughts about microchiping:

Go on a journey with me if you don’t mind… This is stretching it a bit to Sci-Fi levels, but it’s not that too much of a stretch…

Let’s start with the justification. We want to keep our children safe, of course we do. It’s ok… We’ll remove it when they’re sixteen. We’ll tell ourselves that anyway. Or perhaps they’ll be a new gadget which will make the microchip appealing. I don’t want to remove it – it means I can pay for things more quickly, I no longer need to pay for a passport, I get free cinema tickets or something else as frivolous. Or perhaps it will be something as simple as – everyone has one so what does it matter?

Or perhaps the chip will expire at 16 years. Is it ok to take away some of your child’s civil liberties to keep them safe? Let’s think about this for a moment. It might be ok for babies and toddlers, but what about the impact of this as they get older? To know exactly where they are, every minute of the day – when they pee, did they slip into the newsagents for a cheeky packet of crisps on the way home from school? When they go to their girlfriend’s instead of the library, or maybe even when they sneak to the shops to buy us a Mother’s Day present.

Perhaps you’ll need to moderate their diet, because of that packet of crisps. You know, to maintain their healthy BMI – it’s easier to control their diet for them if you know exactly what they’re doing, to keep them healthy and all.

How does it teach your child about responsibility, about trust? If we as parents cannot give it to them? Growing up is about making mistakes, it is about rebelling, because it’s about learning. They need to learn about risks in a reasonably safe way, not have us watching their every move and interfering.

You’ll tell yourself you wouldn’t do it. But you would. How often do you stalk someone you shouldn’t on Facebook? You’d go further if you could… Wouldn’t you? Don’t lie… Curiosity is a naughty beast.

Now rewind to the present day – would you willingly be microchipped? Of course not. Imagine someone being able to track your every move, your productivity at work perhaps, your partner ensuring your behaviour is acceptable, maybe your GP will monitor your fast food habits and refuse medical treatment because you’re overweight and you bought a McDonalds last week.

I know I’m taking things a touch too far here, but at the same time, it’s not that far out of the realms of possibility is it? One small increment at a time, we change something that wasn’t acceptable, to actually it’s ok or not as bad as we thought it was going to be. And then it is acceptable and we have lost something without truly even realising it.

So tell me, would you microchip your child?

10 thoughts on “Would You Microchip Your Child?”