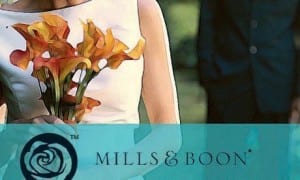 All someone has to do is mention the name to cue some serious behind the hand chortling from the person you speak to.

Producing visions of 50+ year old housewives whittling their time away somewhat lasciviously, hidden away from their pipe and slipper loving husbands. Others may roll their eyes at the thoughts of women secretly getting their kicks off to tantalising ‘bodice rippers’. That of course being one of the more polite terms for them.

So it may, or may not come as a surprise to you then that Mills and Boon is booming.

Interestingly, they were one of the first publishers to embrace the growth in ebook sales. Which perhaps gives you a better insight into the real age of their readers. Selling over a million ebooks last year. In the UK, Tesco has seen a 57% increase in digital downloads.* I can see a few eyebrows raising behind your computer screens. Indeed. The average Mills and Boon reader apparently is a young, high flying 30 something woman. Not the stereotypical middle aged woman most people envisage.

Now, a couple of years ago or so I stumbled across the romance genre. It started like all of these things often do quite innocently. I picked up a novel expecting it to be Urban Fantasy and instead discovered it to be Paranormal Romance.

What’s the difference? Not as big as you would expect. You can get a gritty romance that’s not afraid to tackle difficult issues and they’re available in many different genres. Of course it will always have a love story that will more often than not leave you with a smile on your face.

With my love of arse-kicking, strong female protagonists, I’d of thought I’d of hated them. So a little unexpectedly (well from my point of view), I really enjoyed it and began to explore the genre further. I’ve discovered I’m a sucker for a love story and that ultimate happy ending.

However, not all romance books are rosy. As with any book it’s got to have a well written plot and rounded, believable characters. I also personally cannot bear page after page of sex scenes, finding it quite repetitive. But I shall stop there as I’ve written about this before. (See my previous blog post Sex and Plot).

But I’ve never ventured down the slightly taboo Mills and Boon route.

If you know me, you will probably know that I have aspirations of being a writer and have for a long time. I have slogged away for the last three years and produced 280,000 words and twenty chapters so far. One day, I will have it finished.

Yet, it was with some amount of speculation that I reviewed the following competition sent to me by someone on Twitter www.romanceisnotdead.com.

I’m sure you know what I’m going to say before I even write it. Yes, it’s a writing competition. To write a Mills and Boon novel.

A myriad of thoughts ran through my head.
Can I?
Should I?
Along with – what will people think?

Then common sense pervaded. Should I really care what people think?

I think the real question here is what constitutes a good book. Just because it’s published by Mills and Boon does it make it poorly written? Who are we to judge when we’ve never even read one? Is it so wrong for a girl to dream of that knight in shining armour and escape the every day grind with a happy ever after?

In reality, I’ve probably got a one in a million chance of winning the competition. But that’s bedside the point. If I never try, I’ll never know.

And so I’ve just downloaded my very first Mills and Boon book, after all a writer needs to know their market.

Off I go ready to dive in to the heady heights of love.
Wish me luck! 🙂

4 thoughts on “Mills and Swoon”