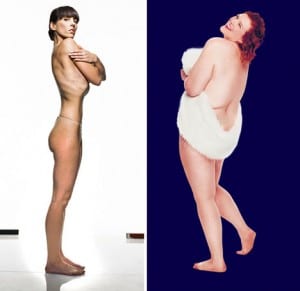 Yesterday was World Women’s Day and it got me thinking about what it means to be a women in the noughties. There are lots of topics I could have written about, but I ended up contemplating the well discussed issue of size.

I ended up here after a discussion with a colleague a couple of weeks ago. She had to do a review of a women’s fashion website and one of her complaints was that they used real models, who couldn’t have been more than a size 10. Her feedback was she wanted to see gorgeous slim, long legged women wearing the clothes she was thinking about buying, and not a women you could walk past in the street. This surprised me because it’s the distinct opposite of how I feel. I’m fed up of air-brushed, over processed women, who never let a piece of chocolate pass their lips being used in advertising.

How many times have I coveted something in a store, yet I know that as soon as I take it into the changing room I’m going to be sorely disappointed? While I don’t want garments to look like they’re dressed on a sack of potatoes, I relish the chance to be able to see them on more realistic models.

Debenhams received a lot of press coverage a couple of weeks ago by introducing a trial of size 16 mannequins in their Oxford Street branch. I hope it goes well. John Lewis have tried this before with size 14 models in one their stores and they didn’t roll it out, which leads me only to assume that it did not generate the impact they were hoping for. Maybe my colleague was right and people want to see things on skinny models looking gorgeous, rather than a more realistic representation?

But, the idea does leave me feeling a little sad.

While I don’t advocate an unhealthy lifestyle of no exercise and junk food, why has it become unacceptable for a woman to be anything but stick thin in modern society? 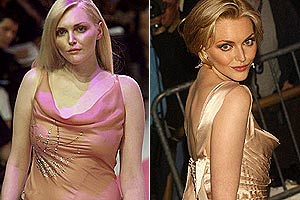 Was I the only one who was saddened when the beautiful and voluptuous model that was Sophie Dahl slimmed down to conform to the catwalk norm? 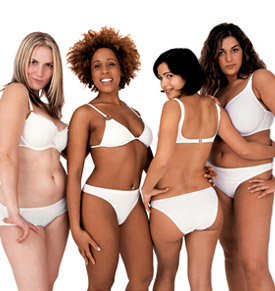 Think back to the recent Dove marketing campaign. Featuring, real women. It has to be one of my favourites. Equally, Bobbi Brown launched a new campaign last week, in which she decided to feature her friends wearing her make up instead of models. Personally, I think the results speak for themselves. Take a look at www.bobbibrown.co.uk/prettypowerful they are warm and inspiring.

Now, I can actually see a few of you wondering, so I think it’s fair of me to say that I’m far from skinny myself. Dressing in at a curvy size 16, which may be the UK average, but I’ve had a love, hate relationship with my weightwatchers journal for years. However, like that much coveted Mulberry handbag, to me a size 8 seems totally unattainable. I like to aspire to things I can and do achieve. I know that even if I could achieve it I could never healthily maintain my body at size 8 status, let alone the infamous size zero, which is a UK 4. And, in all hand on heart honesty, I don’t want to be. However, a curvy size 12 absolutely.

Please don’t think I’m disparaging slim women either. There are many women who are naturally slim, healthy and gorgeous.

But, why as women do we pressure ourselves to be something we can never be? With the world of celebrity and people famous just for well, being famous, my greatest frustration with the noughties is our obsession with image over substance. Why can we not celebrate who we are instead of we think we should be?