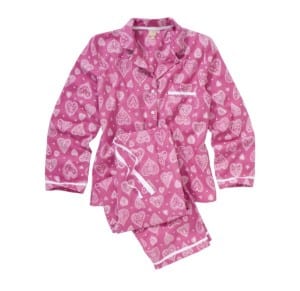 I have to confess to having a bit of an addiction.

It’s one of those things that you sneakily do earlier than you should when you get home from work, shutting the curtains when it’s still dusky in case your neighbours might see, or causes you to frown when the doorbell rings in the evening, when all you want is to be left alone.

It’s great because my addiction comes in all sorts of colours, sizes, fabrics and styles. But, even better, no matter what they look like, or what fabric they consist of, they’re always fabulously comfy. I’m talking of course, about my pyjamas. God’s apology for high heels and the bra.

However, it seems this cosiness of attires might be in jeopardy this week, particularly if you live in Cardiff. With the news that Tesco, St. Mellons has banned people from shopping in their nightwear.

This is not the first time the humble pyjama has been criticised, last summer a head teacher in Belfast, after counting more than 50 mums dropping their children off to school dressed in them, made a request for parents to get dressed before leaving the house.

So, it was a certain amount of amusement that I received a Facebook invitation this afternoon to a ‘Pyjama Party’, the address, my local supermarket. The demand for pyjama liberation it seems is growing.

As I did a little Google research on this subject, I couldn’t help the little snort of amusement that escaped upon discovering that there is now in fact a syndrome that has been identified for this modern day fashion movement. The inspiringly named “All Day Pyjama Syndrome” or ADPS. But, it seems the syndrome is becoming a rapidly growing social problem. With women not only visiting Tesco or driving their children to school in them, but quite simply never actually getting dressed.

So is it really acceptable to leave the house in your beloved sleepwear?

A couple of weeks ago we were having a new TV aerial fitted to our roof, due to a bit of a mix up, in which I thought the engineer was turning up at 10am, he instead arrived at 8.30. I was not quite prepared for his arrival, and due to this miscommunication he was lucky enough to be greeted by yours truly in my check trouser, and purple fluffy dressing gown gloriousness. And I have to confess to feeling pretty embarrassed inviting someone into my house when I wasn’t yet properly dressed.

Now, I really do love my pyjamas, no force in this world can make me give them up. They’re comforting, relaxing and really great to snuggle into after a hard day’s work, but I really think it will take me nothing short of an emergency to make me leave the house in them.

Surely there has to be some social decorums?

Besides, what reason would I give my husband for my desperately bulging wardrobe if all I needed were pyjamas, dressing gowns and slippers? Because we all know, I really did need to buy that pair of shoes… honest.

Tesco Bans Shopping for Bananas in Pyjamas … or Bare Feet:

Pyjama Party at your Local Supermarket: