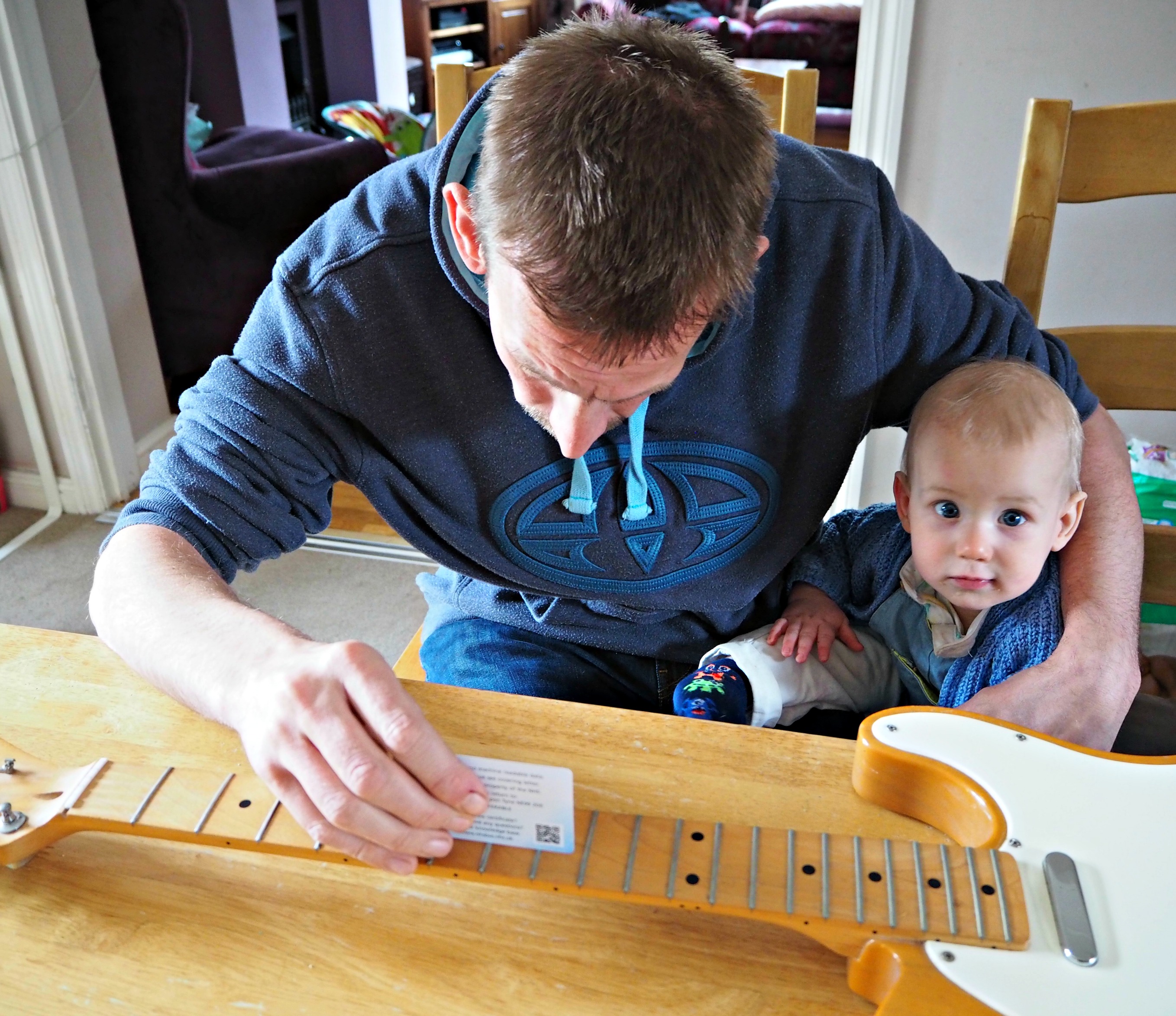 It’s probably more than evident given my recent posts that I‘ve rediscovered my love of playing guitar over the last year. So, I was delighted when my cousin agreed to loan me his old Squier Telecaster. The Tele is an old school Chinese made guitar and is about as basic a guitar as they come. I had visions of ripping the pickups straight out and putting in some Iron Gear Steel Foundries to turn the humble Tele into a proper war machine. Then Tom turned up with the guitar and I re-evaluated. His view on the guitar was that anything goes as long I don’t relic it. I was fine with that as relic guitars don’t float my boat, but on playing it I was struck by how nice it was in standard trim. The neck pickup was all nice and glassy sounding through my Hughes and Kettner Tubemeisteramp  and the bridge brought a fair bit of grit when the right amount of gain was dialled in. I’d never before been very interested in Teles, but I was smitten!

Right there and then the plan changed, I thought, I’ll slap some 10s on this and leave it at that, it’s a big old hunk of timber (I realise now the leap in ergonomics of the Strat) but it has a satisfying heft and a nice simplicity to it. Clean tones are neck territory, bridge for crunch, a volume, a tone and, well, that’s it. I decided, based on the colour to name the guitar Butterscotch. 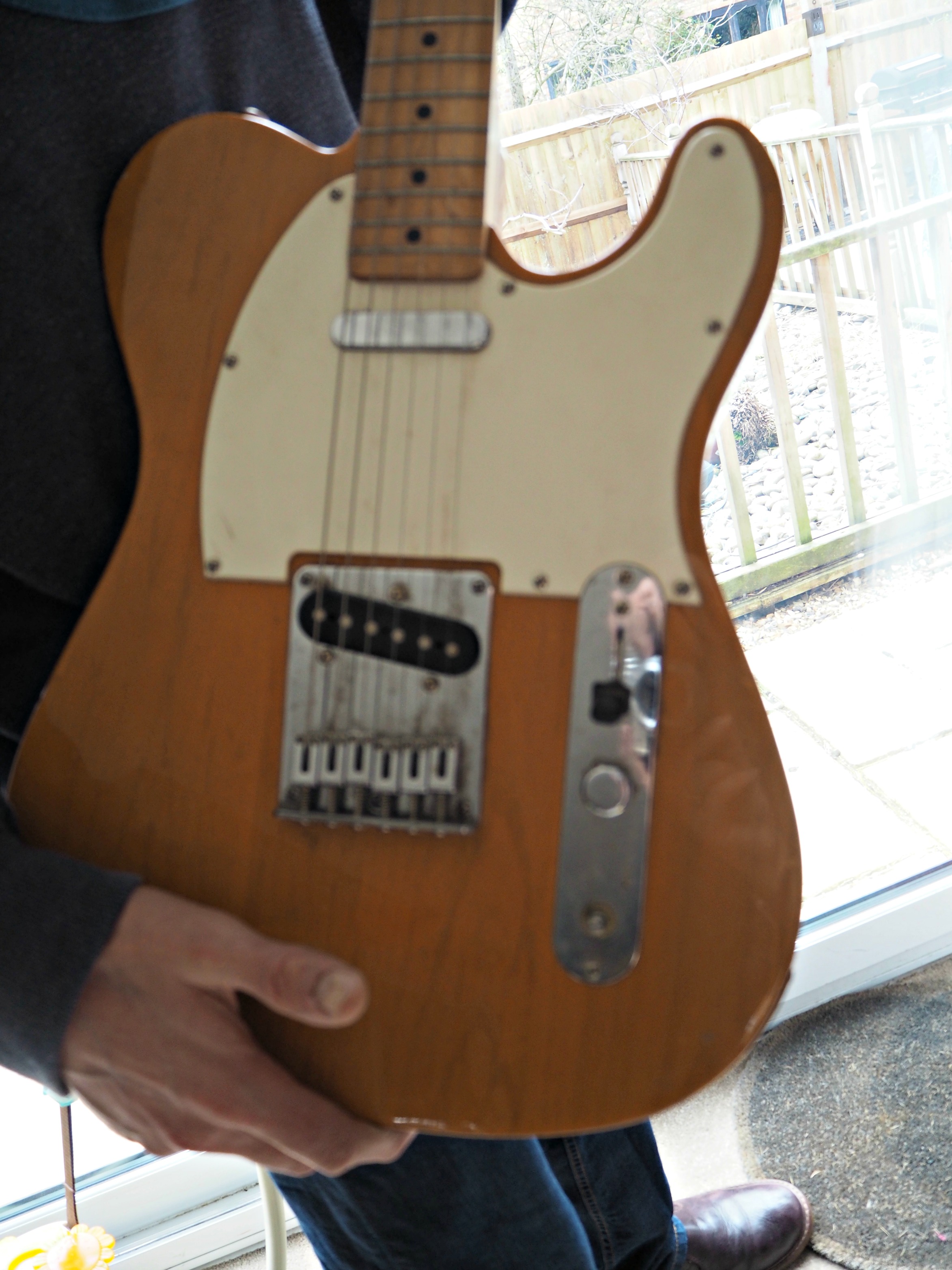 Laziness then took hold and rather than slapping some 10s on, Logan and I just played the thing, all was well until the low E started buzzing like a mildly annoyed bumble bee. The news was not good, the plastic nut, fragile after a long hard life had given out and split. Thus, Operation Bring Back Butterscotch was born (we name all our guitars). Given that I’d be doing some stuff a fair way out of my comfort zone I decided to get a clear idea of what I wanted before starting to buy stuff. Having some fond memories of a precocious cousin (who like me also liked Smashing Pumpkins) ripping out Bombtrack I decided to keep the guitar as it was, but just clean it up a bit and get the tech issues sorted. So I began and, of course, ended up spending more than I planned. Here’s my day by day diary of the project.

First job was to take off the old strings and give everything a good clean. The guitar is lacquered so there’s no sense in using lemon oil, so I used a soft cloth on the plastics and body and just a tiny amount of metal polish to bring the metal up to snuff. I very definitely want to keep the battle scars, from the crack in the scratch plate to the rather inexplicable dent in the neck pickup.

Once that was done it was time to remove the old nut. To my surprise this came out very easily and the new Graph Tech Tusq slotted in pretty nicely too. I’m going to have to adjust the height on the nut and also the end width but I think this should be relatively straight forward.

While waiting to do that on the weekend I set about masking the fingerboard. I checked the fret height and they’re all spot on and not showing major signs of wear so I’ll just polish with fine grade wire wool. To protect the board and pickups I masked everything off. While doing this I did notice the frets are sprouting. I’ll need to research this to see if I have the tools to sort it out. Stay tuned! 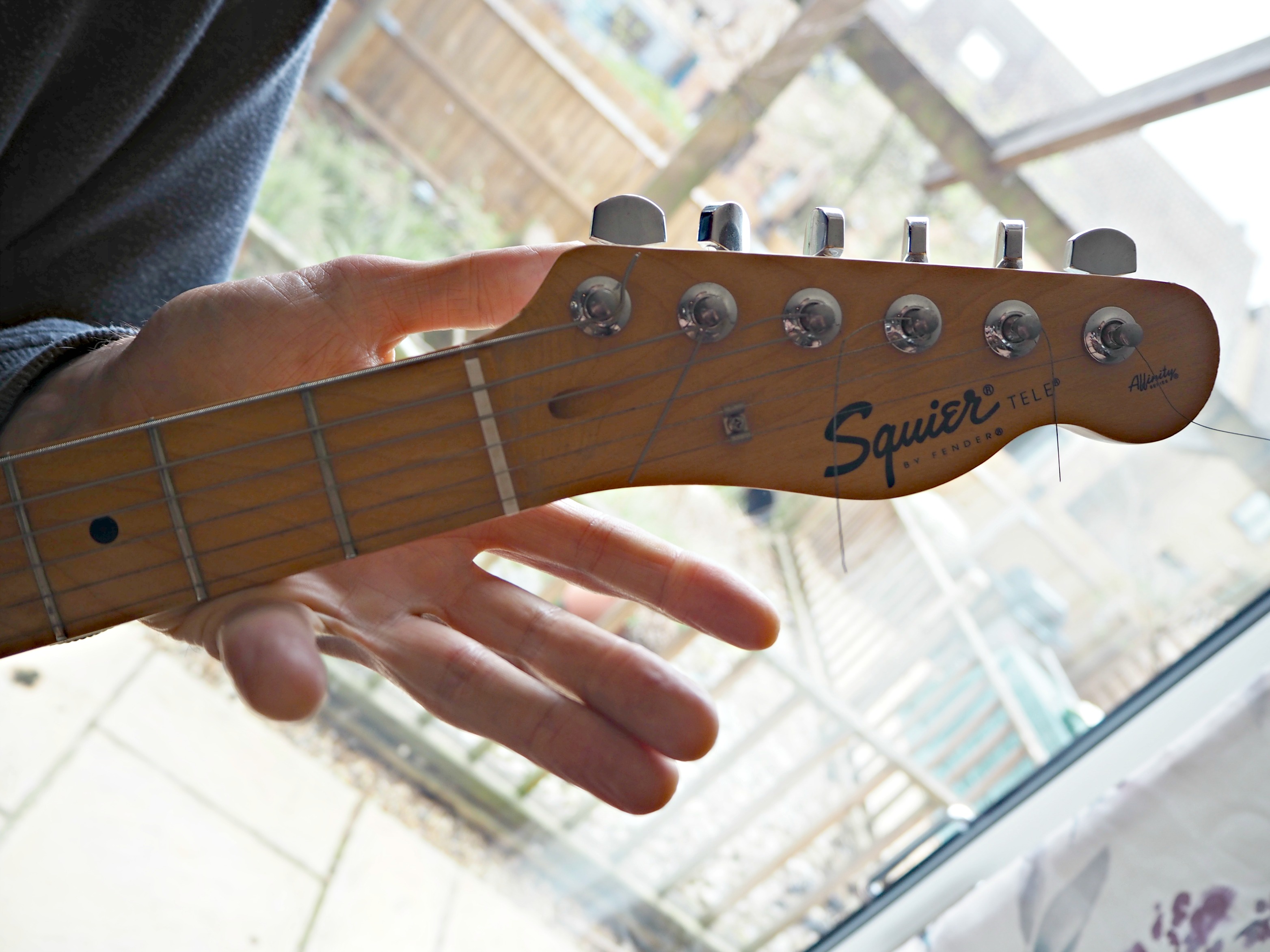 I’m less motivated today. To sort out the sprouted frets I had to order a set of luthier files and until I sort them out I can’t fit the nut. They’re not coming until next week and so I got a bit narked off as I’d hoped to have all this done this weekend (ideally with some time to play it). I need to fit the E strings to set the nut height and I’m not fitting new strings if I’m hacking about with files and the like. I did, however, give the frets a polish this afternoon.

I think in terms of shape that they’re ok, they’re certainly level, so I just polished them with some light grade wire wool. I was happy that this was all that was necessary. I do have a fret crowning file but that would have taken me from ‘clueless’ (polishing) to being ‘a danger to myself and others’ (crowning frets). I was stunned at how well the frets came up. The wool takes off the top layer of oxidisation off what I presume are mild steel frets and the end result is that with a couple of wipes they look shiny and good as new. One thing I did learn here was to start at the nut and work down. I did it the other way and found that as I went, the wool disintegrated slightly, the closer I got to the nut, the more oxidised the frets were and the more polishing they needed. I think I got the first fret cleaned up well enough but it would have been easier to go the other way. Onwards and upwards though. Tomorrow I’ll file the sides of the frets I think.