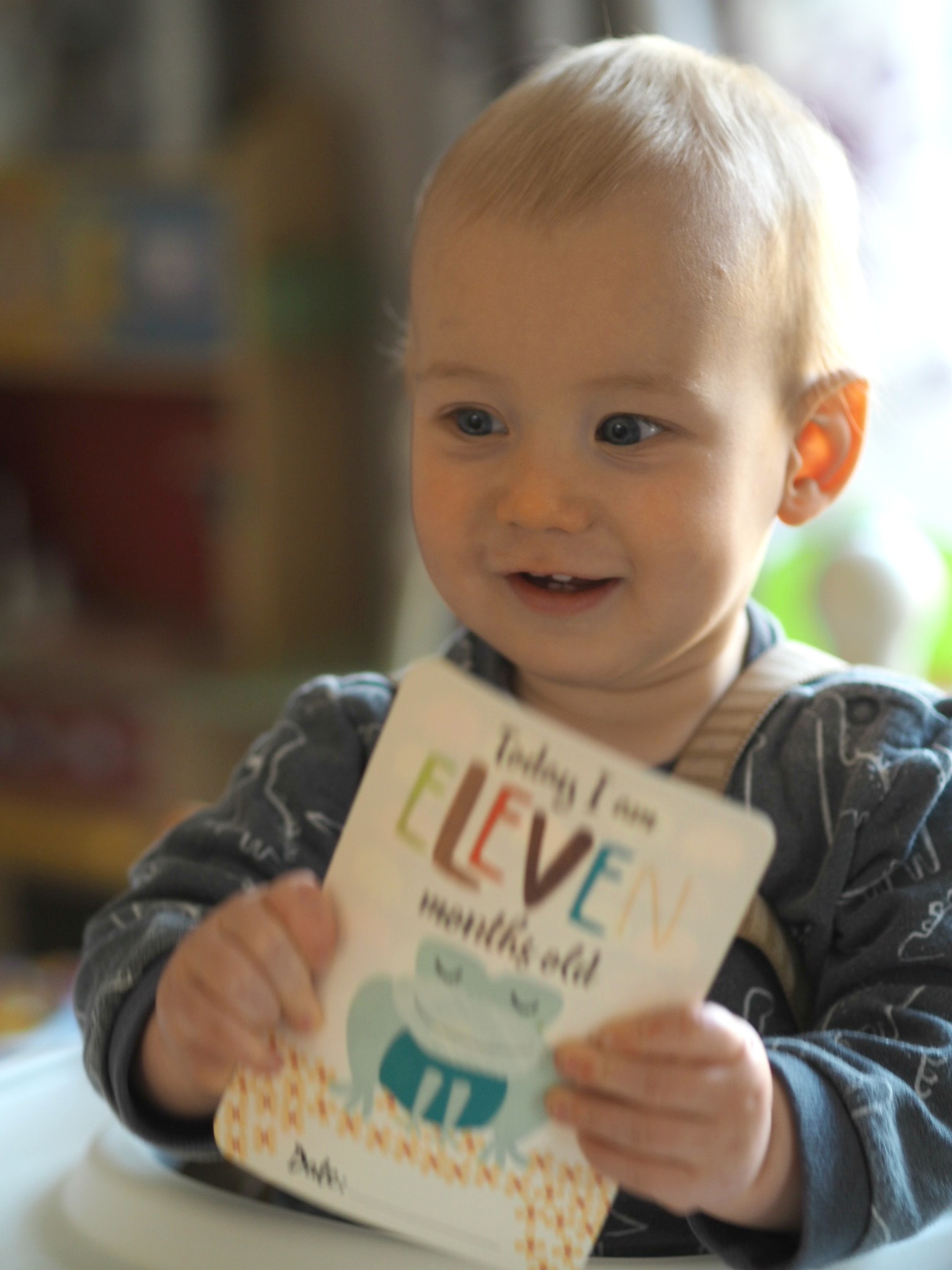 Wow, we’re just one month off the big first birthday now. I know most parents says this but I honestly cannot believe how quickly it has all gone. This past month Bodhi has moved up a level in the moving stakes. He’s properly crawling now and he’s so fast sometimes I think he is trying to break the land speed record. He’s pulling himself up onto things all the time and walking along holding onto the furniture. He’s not standing on his own yet, but there’s still time. I have wondered if he will be walking by the time he’s one, we shall have to see what the next month holds!

He’s developed a bit of a thing for the stairs, we didn’t have a stair gate until this week and with my husband being away currently, I popped into the kitchen and before I know it he had crawled all the way up and into Logan’s bedroom and it happened so quickly. The bannisters are not level at the bottom of our stairs, so it’s quite difficult to put a baby gate at the bottom, but if I put it three stairs up where it’s easiest, he climbs up, stands up and hangs off them, which I think is more dangerous than having no stair gate at all. 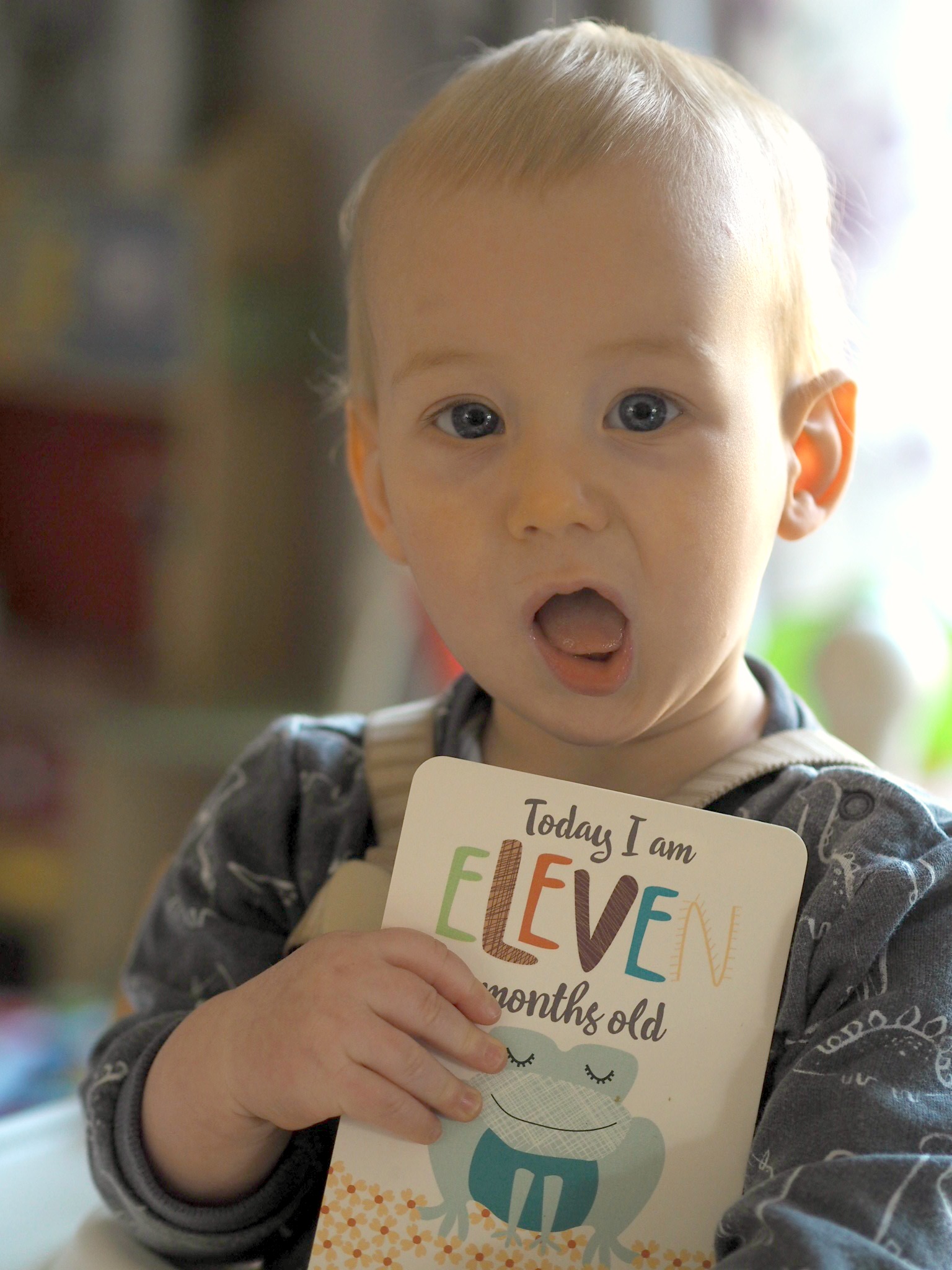 Bo really loves his brother and sister and really just wants to be like them, be with them and follow them around. If they go upstairs without him, he will often cry downstairs for them. When Aria comes into see him in the mornings he just beams at her and Logan is one of his most popular words.

As well as his movement, his speech is also rapidly developing. As mentioned above he is saying Logan and Daddy, he’s not quite grasped Aria yet but it is quite a hard word to say. He can say Bo and hello and hi-ya and I am also sure he said Florence the other day and ‘don’t do that’. I should explain these are not clear decisive words and are muddled, but when my mother-in-law visited at the weekend, she agreed with me. My husband is also convinced he says Hodor – it does sound like that, I am just trying to work out what it is he’s actually saying! Because I’m pretty sure he hasn’t been watching Game of Thrones… 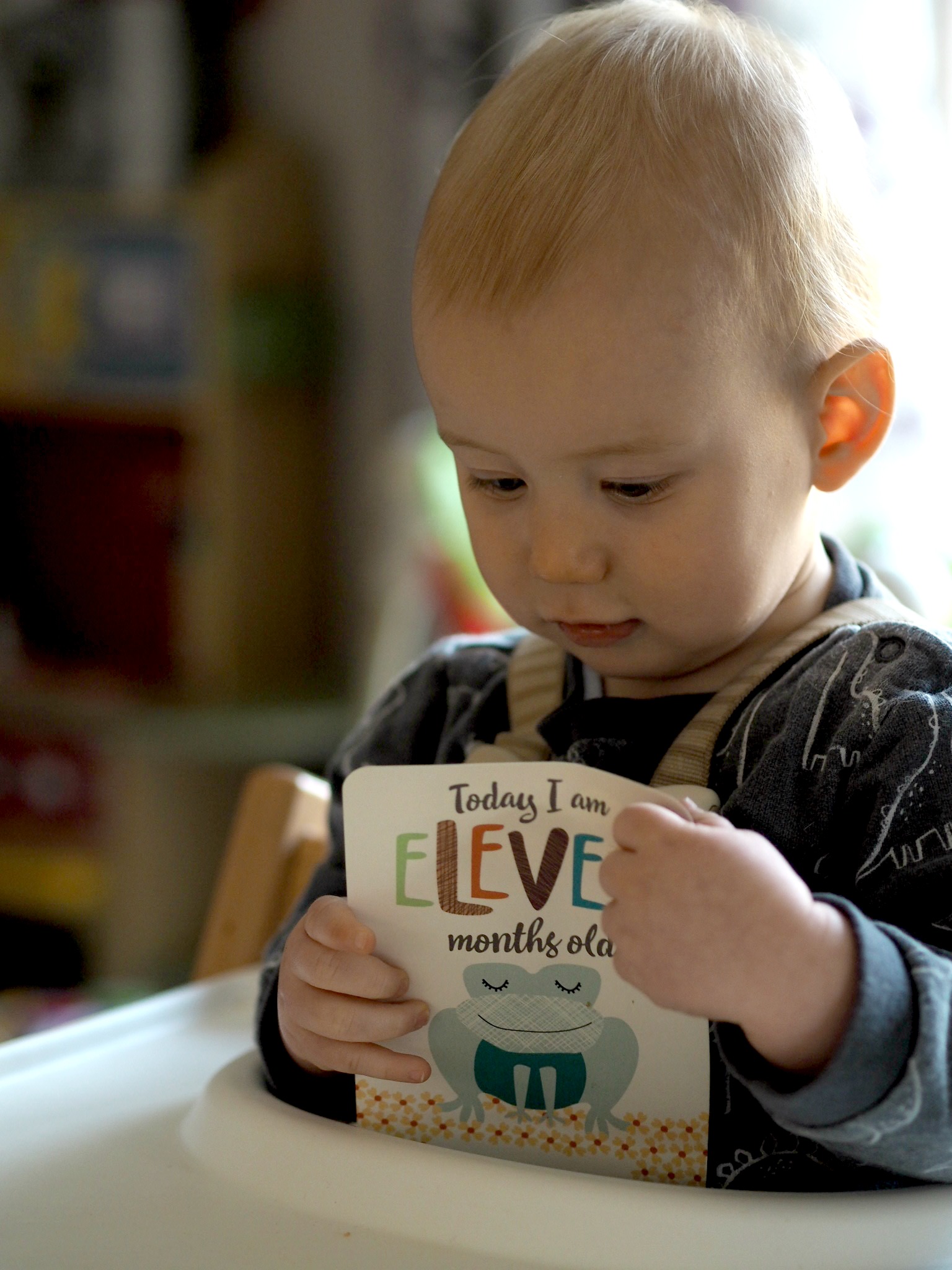 No new teeth this month, we’re still at 6 and we’re still breastfeeding, although just morning and night now. He also still have a bottle with his Dad about 10-11pm. We’ve had a couple of weeks of really early wakings – around 5am where he has been desperate for a breastfeed. He used to have his breakfast first and then a breastfeed but now I have had to switch things around. I have also changed his hot meal to dinner time rather than at lunchtime and that seems to have helped him stop waking so early. We’re at more like 6am now. Which is an improvement.

We’re also planning to move him into his own room this month as it just feels like it’s time. I know I will feel sad when it’s done and I will miss his little smiley face peeping at me through the bars, but I am not sure it’s helping with the early waking, as my husband does get up early and we both find ourselves lying there not wanting to go to the toilet and yet busting to go, but as soon as we get up we wake him. You never know, when it comes to it I could change my mind! 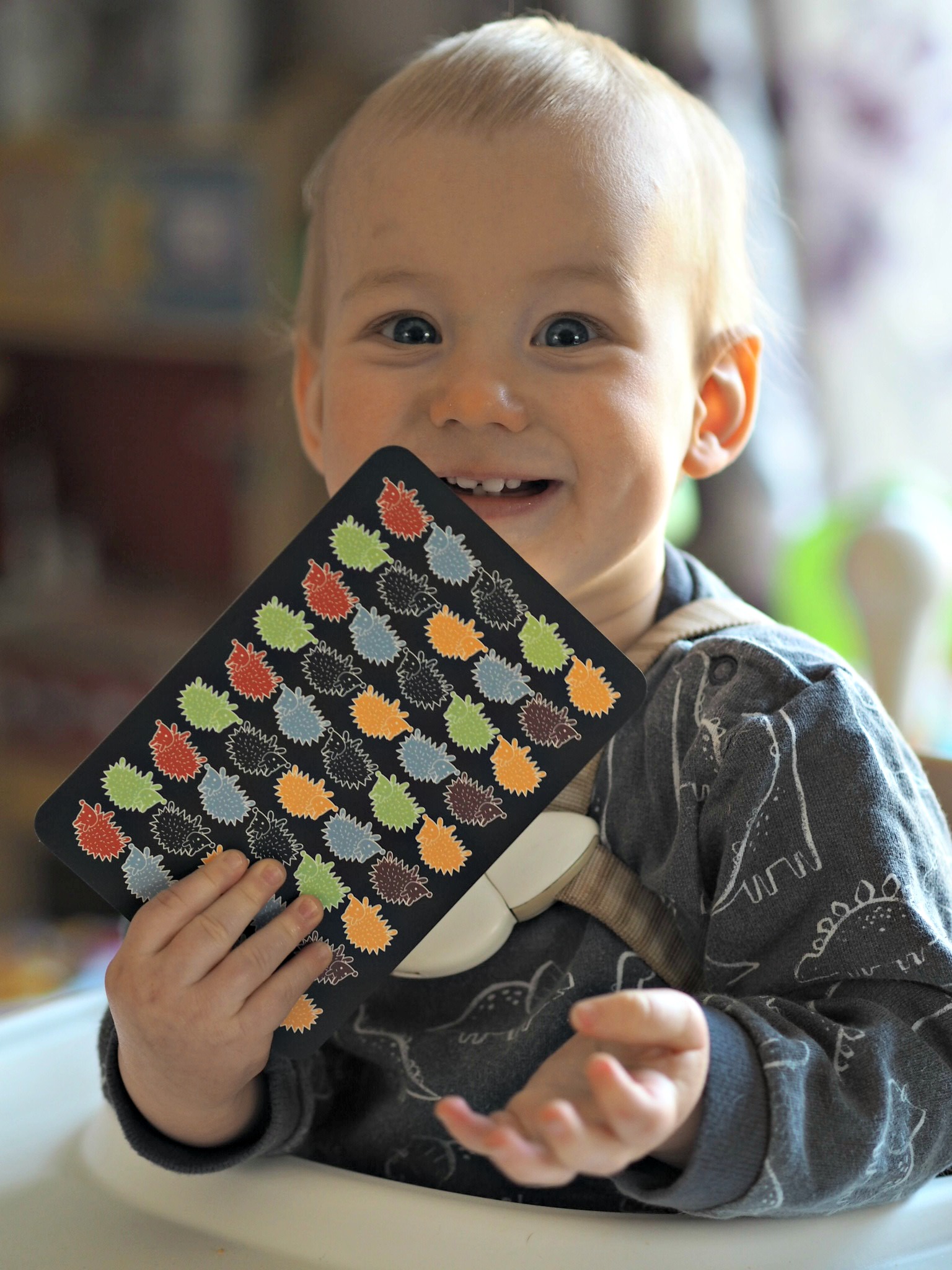 There we are 11 months of Bodhi which has gone by in the blink of an eye. My super crawling, speedy monster who I suspect might become a climber too as he is very determined when he makes up his mind to go somewhere!