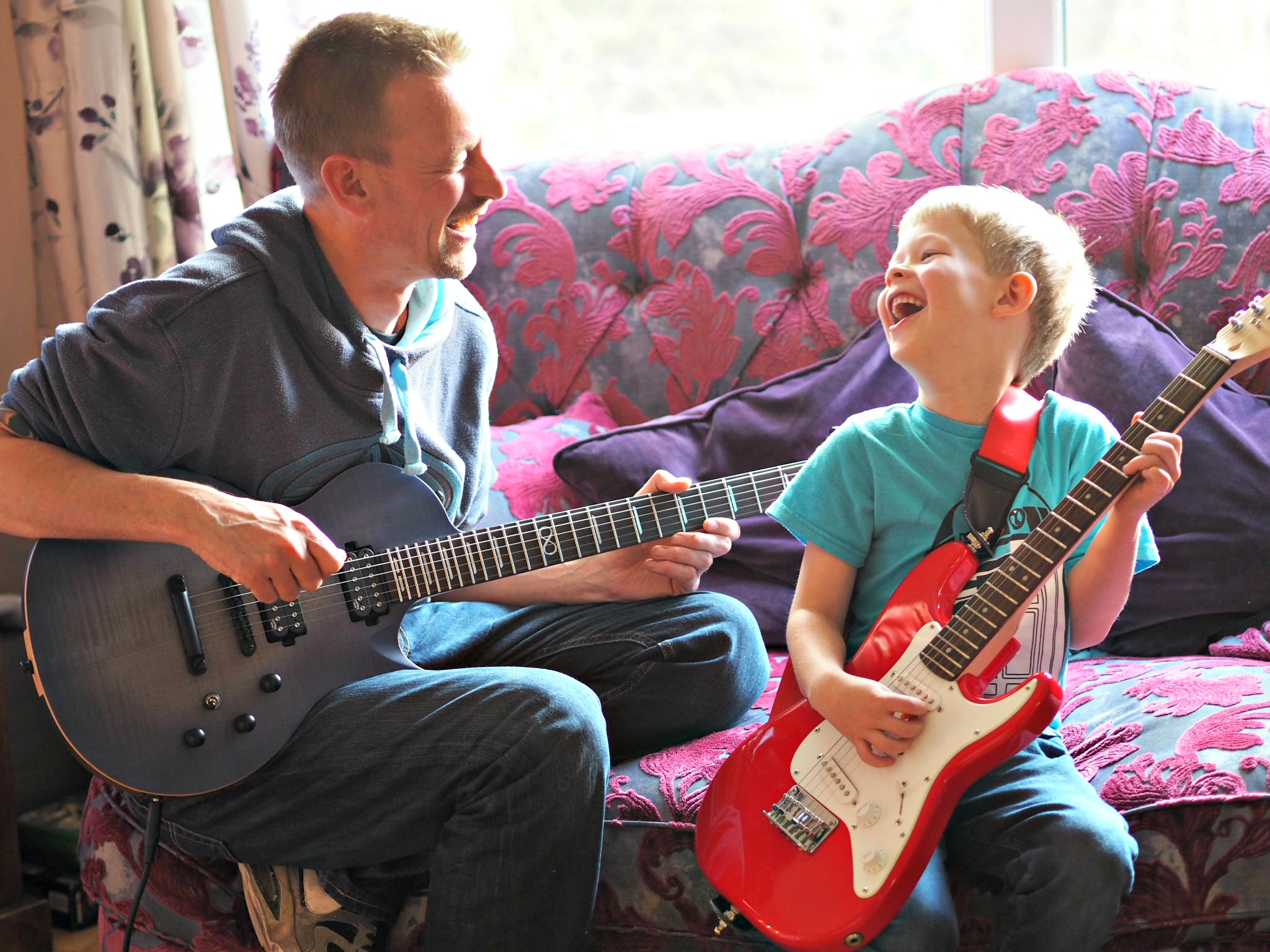 Was I Right to Play my Son Black Sabbath?

I picked Logan up from his school disco this week, we chatted on the way home and he mentioned that the DJ there didn’t have Iron Man by Black Sabbath when he asked. I thought to myself how cool that little dude is. He said it was ok though as there was some tune called Shotgun that he liked, and so they played that. I wondered then if it was an entirely good thing that Logan listens to bands like Black Sabbath.

It all started about a year and a half ago. We’d sat down on a Sunday morning, Logan with some Lego technic, Aria with some jigsaws and me in the middle helping. I put some background music on and that morning I chose ‘Angel Dust’ by Faith No More. From the moment he heard the opening chords of ‘Land of Sunshine’ it was like he had been electrified. He couldn’t sit still, danced like a little crazy guy and we did very little lego-ing. From there he wanted more rock and more metal and so I shared my music with him.

From as far back as I can remember my Dad and I connected through music. Unlike most people’s parents, who had a single Abba record, my Dad had a huge record collection and he allowed us free reign over it. His eclectic tastes informed my own and soon I was listening to everything from pure Stax soul through to Led Zeppelin. Of course my own tastes have branched out from there as well, some of the stuff I listen to is not my Dad’s taste and try as I might, I could never get into his dub reggae tunes. But what unites us still, and what we still talk about when we meet, is music and what we’re listening to.

It did, however, make me feel different. When I was 12 my Dad got me the first Stone Roses album and it blew my mind. Within weeks I was devouring ‘Pills Thrills and Bellyaches’ by the Happy Mondays, the first Blur album and bugging him to record me Inspiral Carpets live gigs off the radio. Thing was, all my mates listened to whatever pop Smash Hits was punting that week. I couldn’t dig it and they couldn’t dig the Roses. Years later, when Oasis made it big and name-checked the Roses all my mates got into them big time, but that was 5 years ago for me. There’s only so many times you can listen to the instrumental at the end of ‘I am the Resurrection’ and that time had passed for me. There were far more interesting things happening in America with bands like Pearl Jam and Nirvana making music totally different from Oasis’ pub rock and the Roses’ psychedelia. I was different even when people were listening to the stuff I liked.

Now, of course I’m cool with it, I love the music I listen to and I’m not concerned if it’s different. Truth be told, at 40, a lot of people don’t really listen to music any more. But do I want that for difference Logan as he grows up?

The thing is, while being into different music is going to be weird for him at times in his life, there are positives as well. First, it’s a connection we have together. That’s not so important now when he’s 7, but when he’s a teenager it may well be the only thing we can communicate on. It means he’s driven when it comes to his guitar, playing every day, sometimes twice if we play Rocksmith (affiliate link)  together. I also think that learning to appreciate art with an open mind is a really important skill for a kid to learn. If he doesn’t like a piece of music he can normally explain why in a fairly coherent way. Ultimately, his musical tastes are an expression of his personality and I’m glad he has an outlet for that. Whether it’s the books he reads or the music he listens to, the force of his personality will shine through. Perhaps I’m not afraid that he’ll feel different but a bit jealous that he is so comfortable with who he is.

1 thought on “BEN’S ZONE: Was I Right to Play my Son Black Sabbath?”