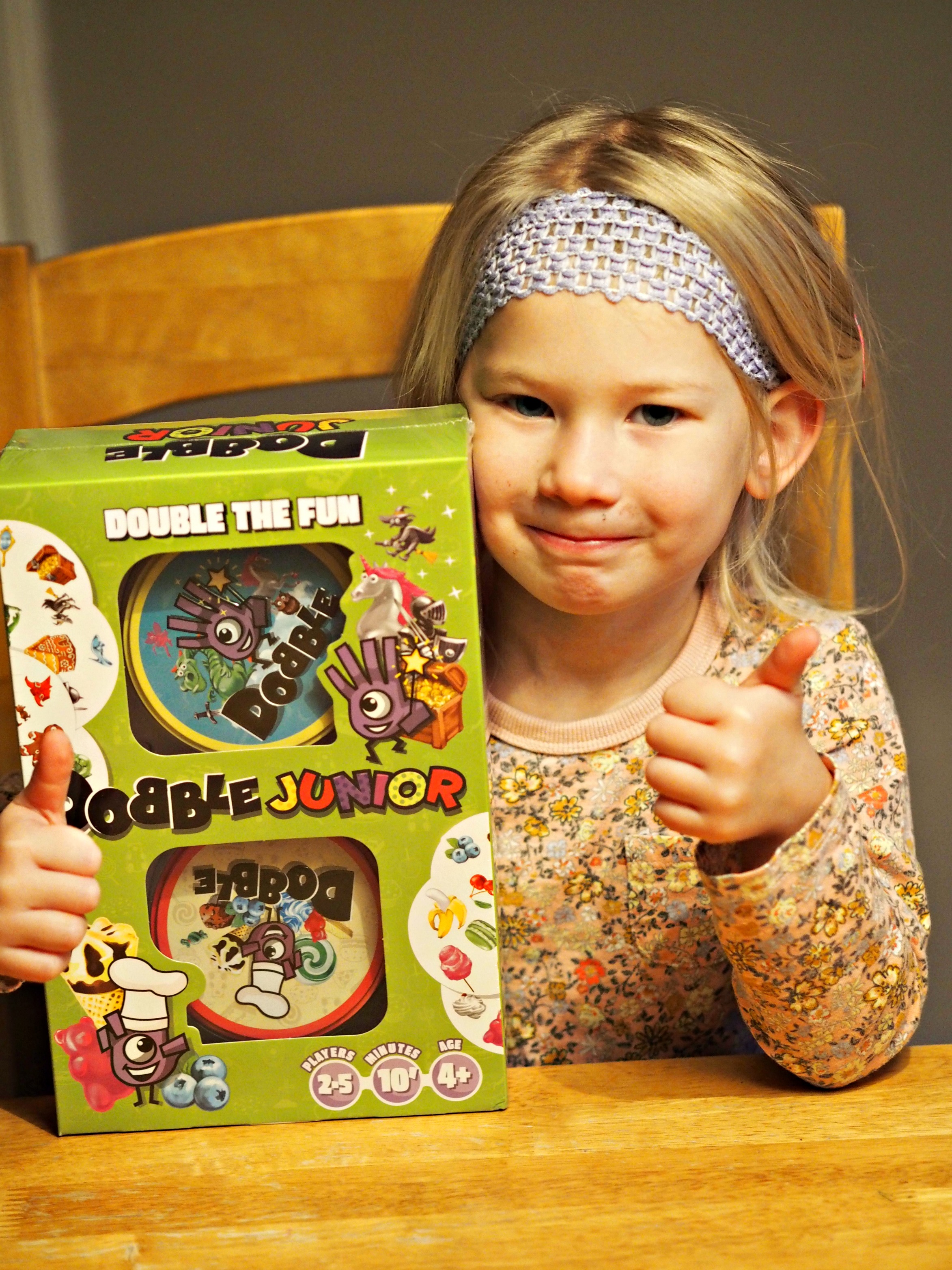 Some of my fond memories from Christmas when I was younger was playing family board games. We’ve not really gotten into playing games with our children, other than a little snap, but they are getting to the age now that they are old enough to play games and it’s a nice family thing to do together. We had a gaming afternoon this weekend and the children loved it and have asked to play board games together everyday since. So I will definitely be adding some new ones to their Christmas lists this year.  For this blog post we were sent two new board games to try out. 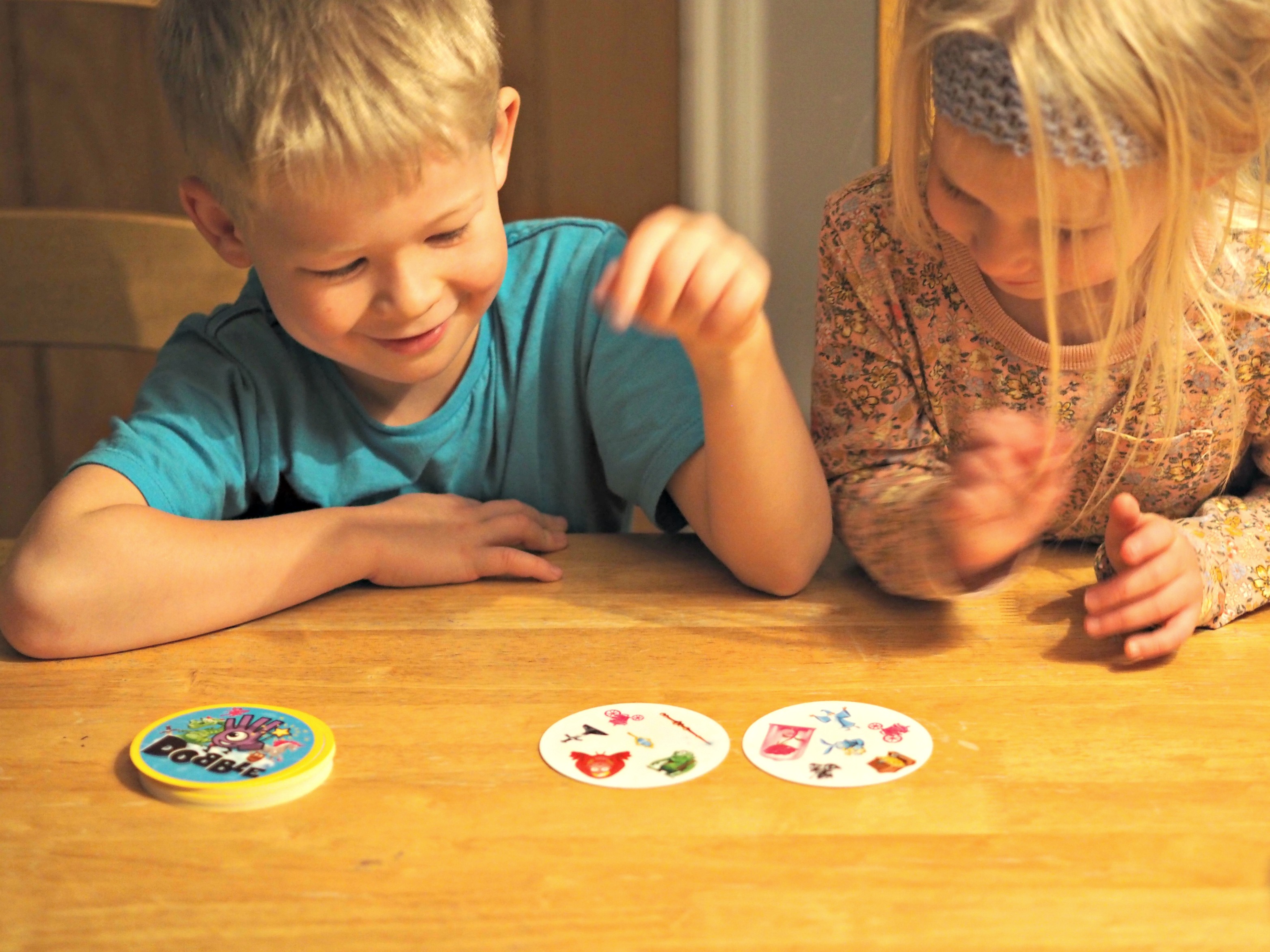 The first game were went was Dobble Junior, we were sent a double pack with two version of the game in it. They are essentially the same game, but with different pictures on them. Dobble Junior is a card game aimed at children 4 years and older. My children are aged 7 and 4 and both were fine with it, although Aria a little slower than Logan, understandably. 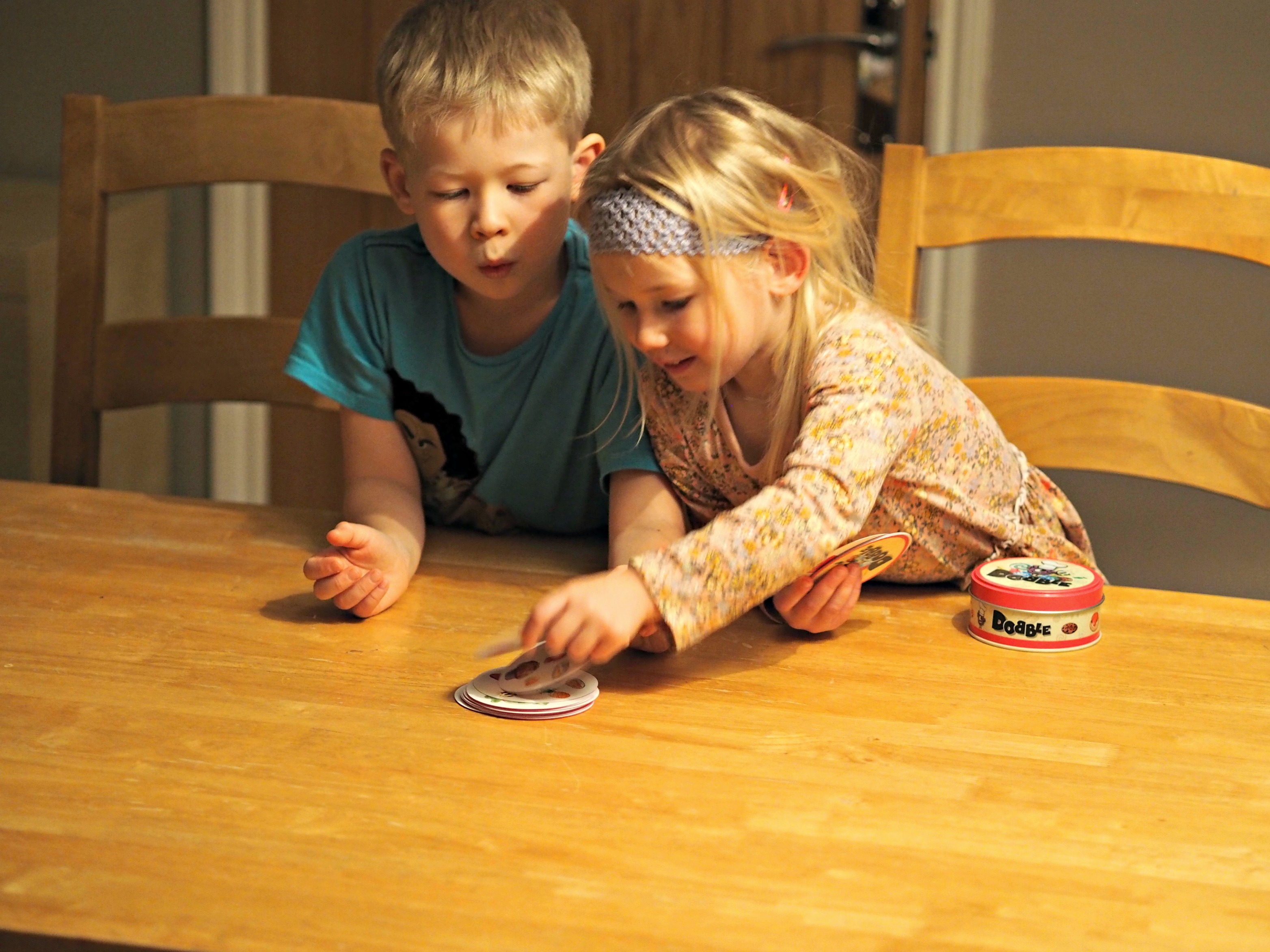 The game comes with a set of rules and there are 5 different games you can play. Each card has 5 different pictures of items on them and while each game has different rules they are all based around finding and matching the pictures on the cards. However, the pictures are different sizes so they’re not as easy to spot as you think and the more practised you get the faster the games get. The fact that there are 5 different games you can play also means if you get bored, you can just change it up and play something else.

Both children really loved this game and have since gone on to play on their own without adult supervision. It’s a great game for testing memory and observing skills, it’s also one that’s really accessible for the whole family. 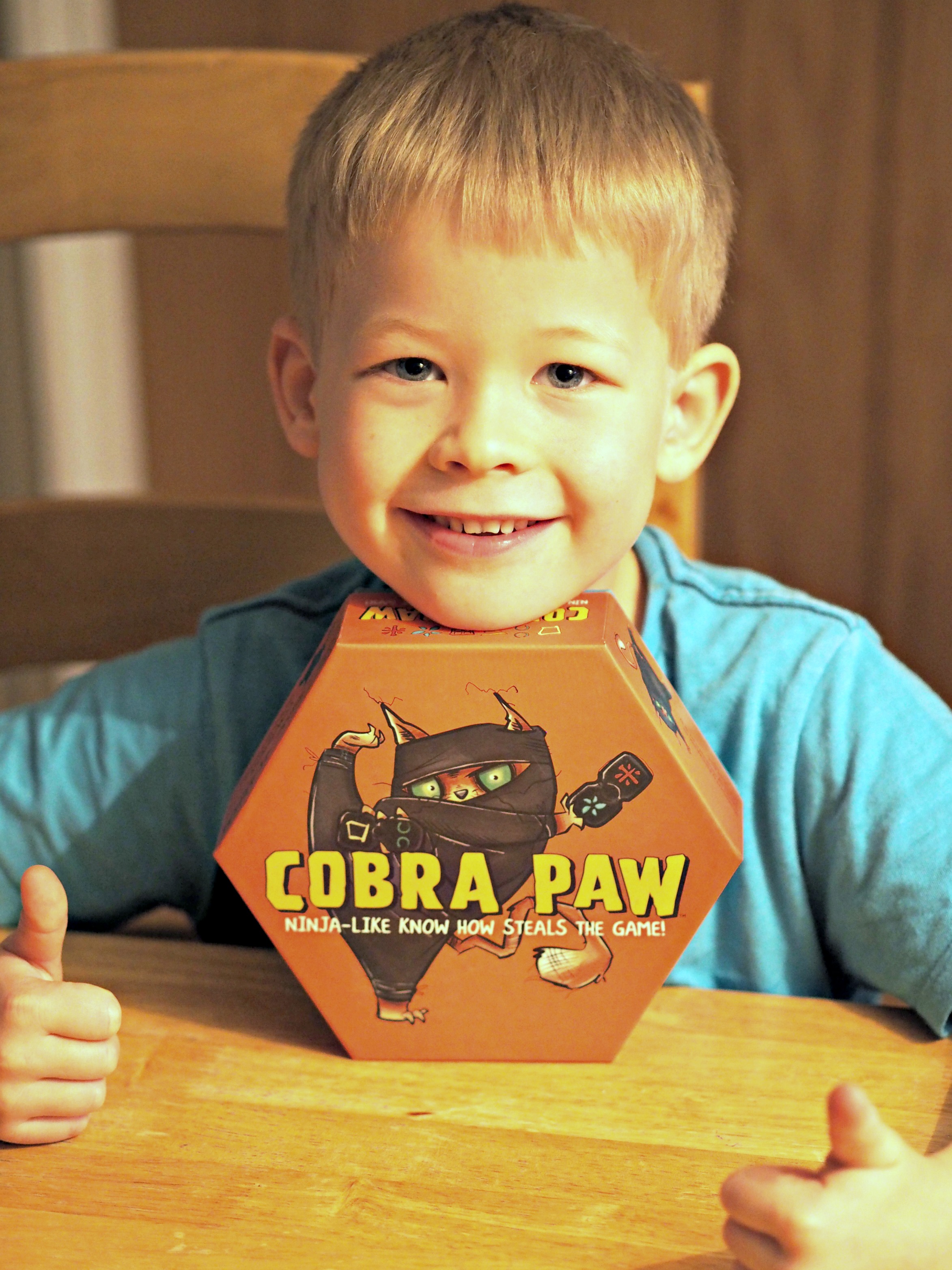 Cobra Paw, called such because you need to be ‘stealthy like a ninja’. In some ways this game is a little similar to Dobble Junior in that it is all about matching pictures up, but the rules are different and make it a bit more competitive. 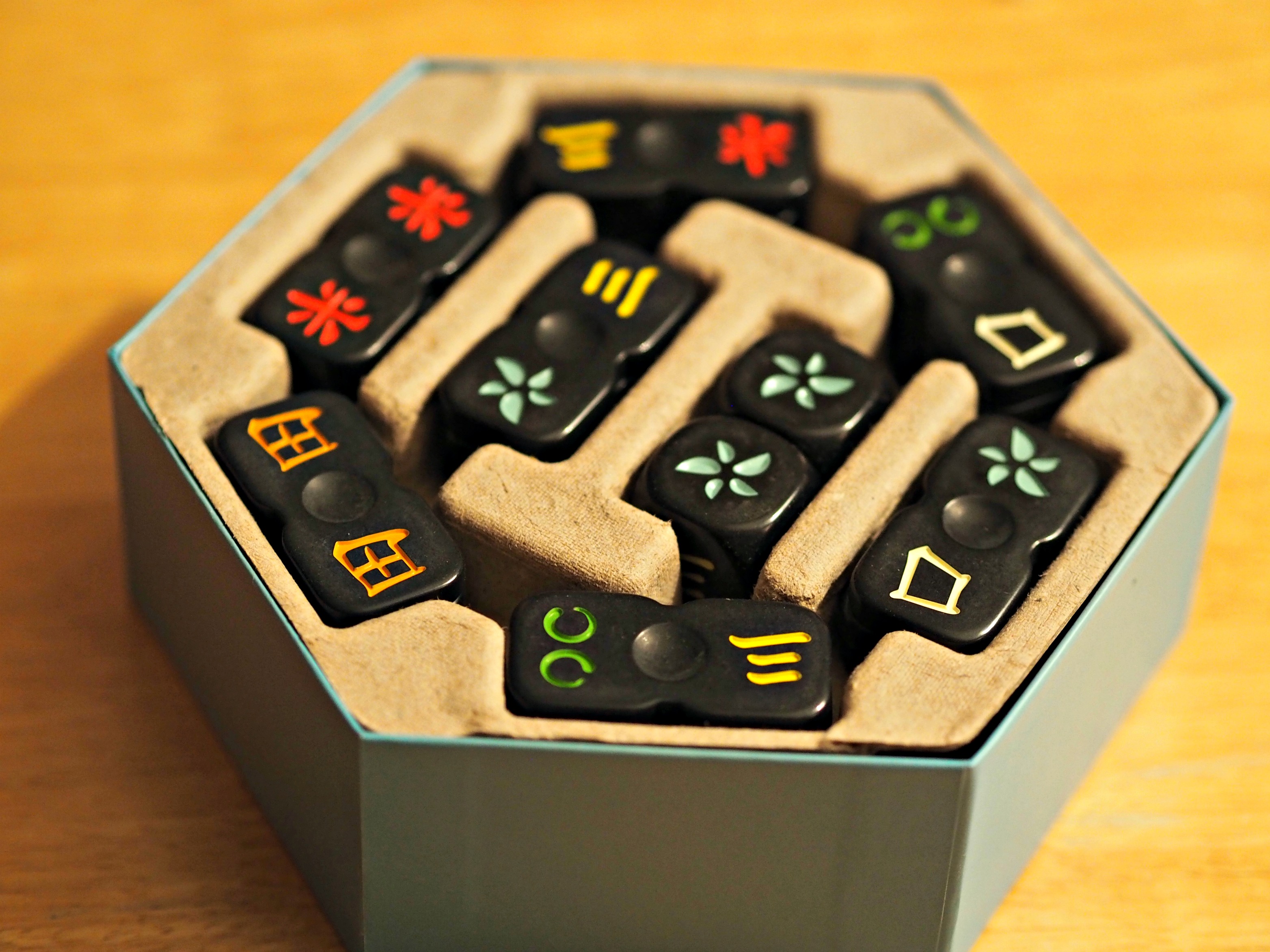 You have stones and two dice. You lay all of the stones out on the table and then take it in turns to roll the dice. When the dice is rolled everyone has to try and find the matching stone and the first one to find it, wins it. 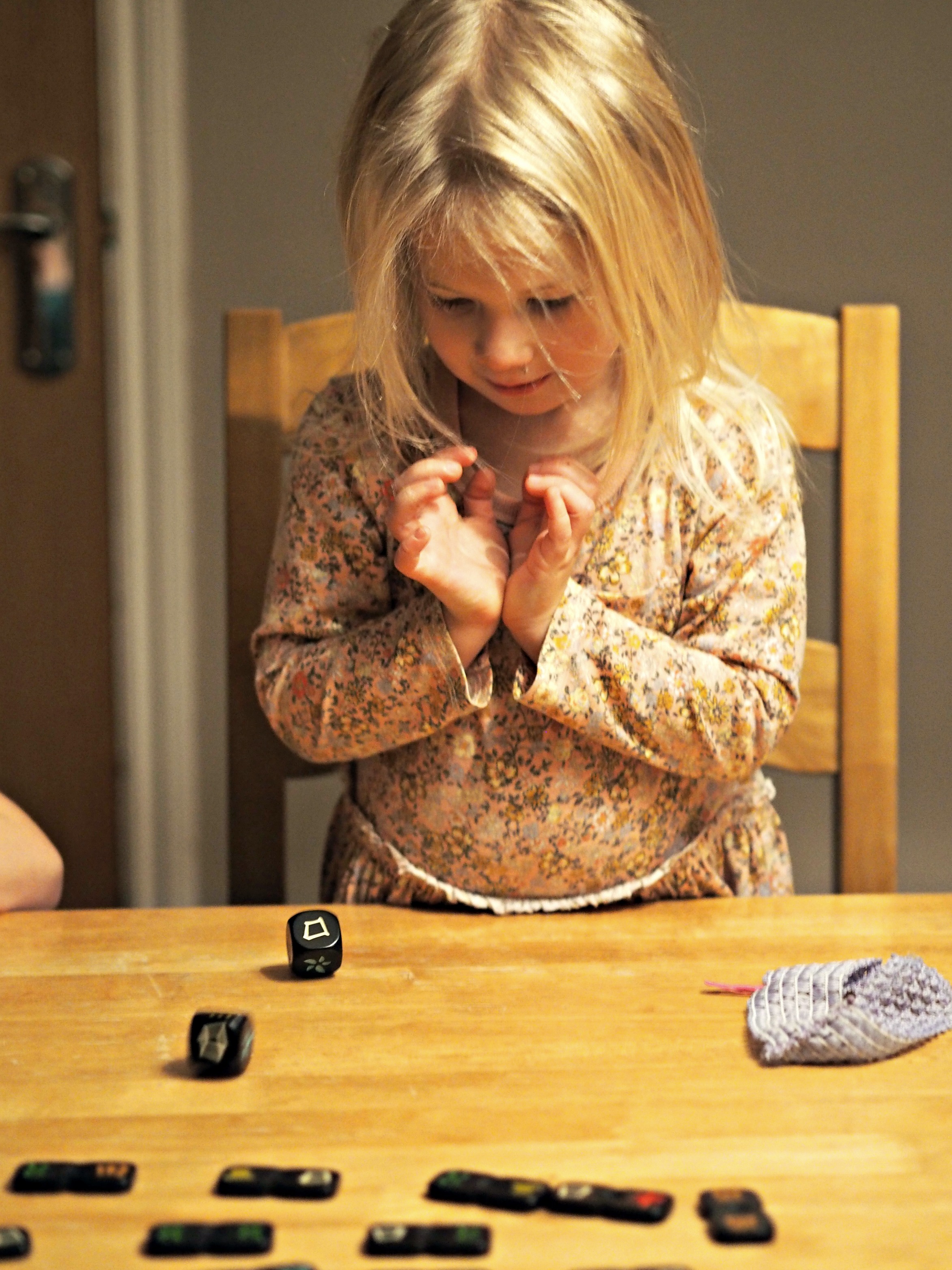 The person who gets the most stones, wins the game. But there is a catch if you see the stone symbols on someone else’s stones that they have won before they notice it, you can steal it away from them. 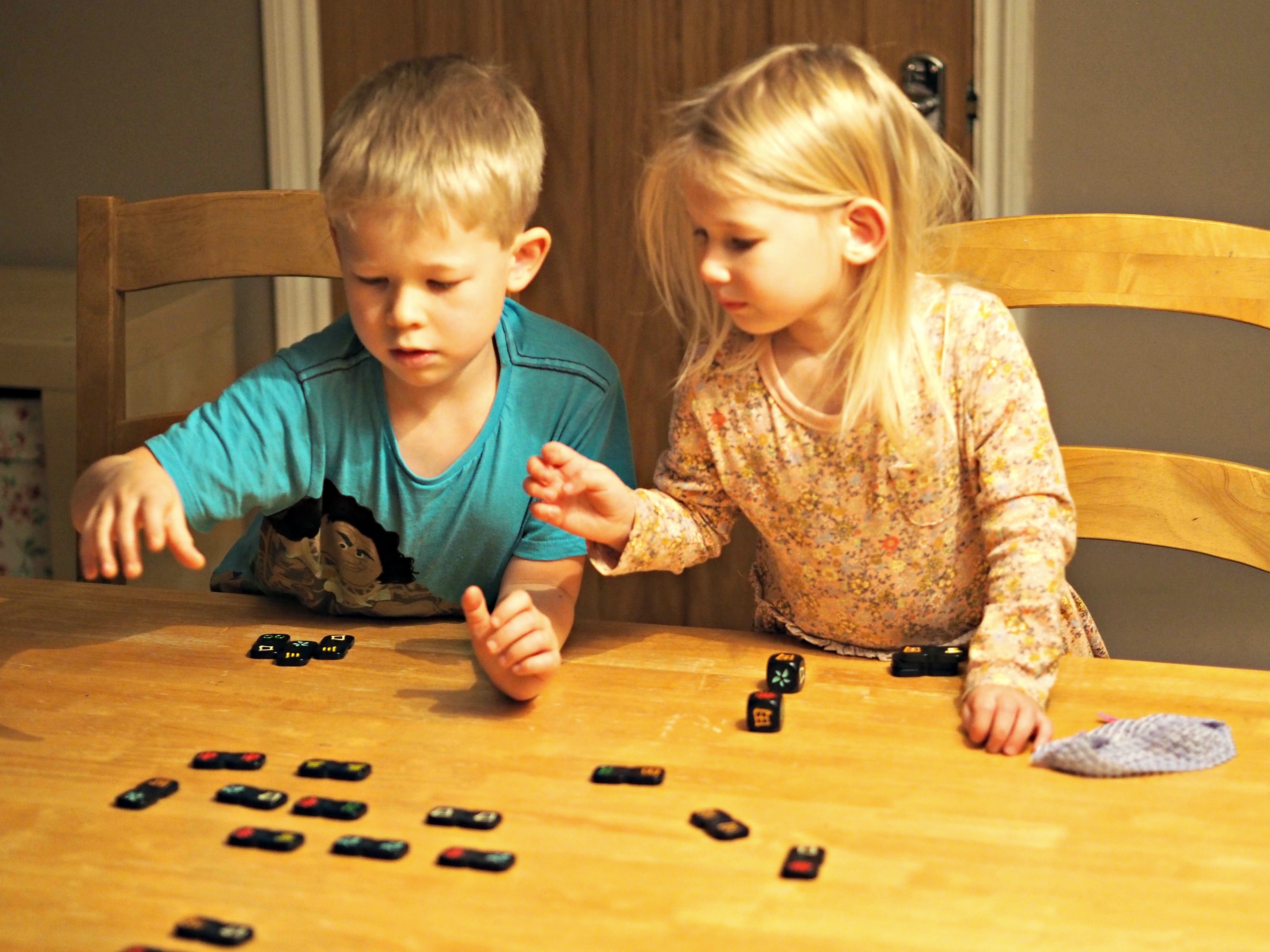 The age group for this is 6+ and while Aria could play the game I would say some adult supervision was required.  I also found the part where you steal away other people’s stones could get a bit fractious and did start a couple of arguments a prompted a chat about fair playing. But, that aside it was another fun game which we all enjoyed playing.

*Disclosure: We were sent these items were sent to us for the purpose of this review, however, all opinions are my own.