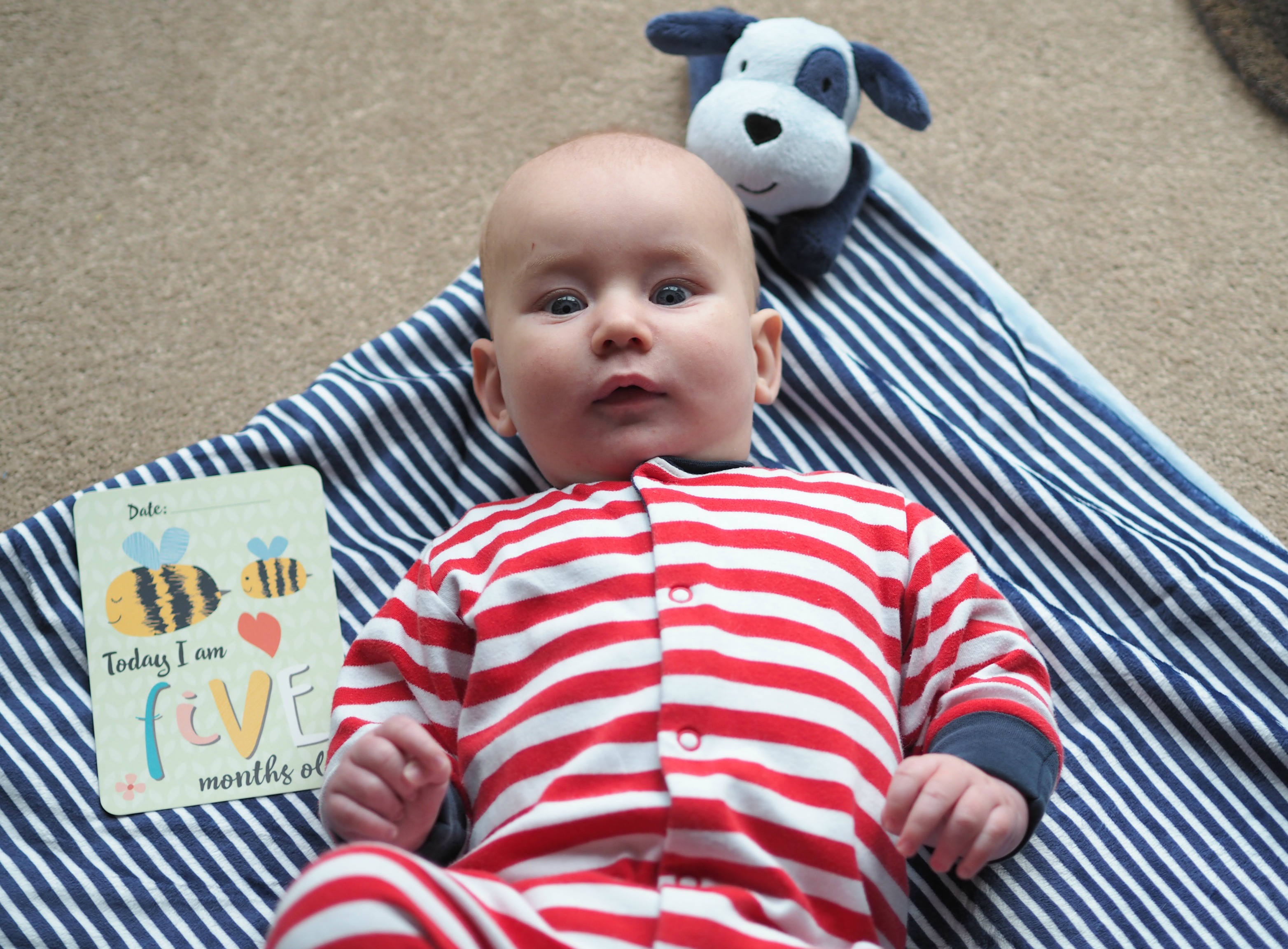 It feels like this last month has been quite an intense month for me as my husband was away for two weeks of it and then it was half term and we went away for Logan’s birthday too. This month we have seen a massive improvement in Bodhi’s sleep after taking him to see an osteopath for cranial sacral therapy, he has had 3 sessions now and it has made such a massive difference to him. I have finally managed to get him into a sleep routine, which has overall made him a much happier baby. He now goes to bed about 6/7pm and has 2 – 3 naps per day depending on the length of them. Generally he has a nap in the pram on each school run and a bigger sleep in his cot at lunch time. But sometimes he doesn’t always needs the afternoon depending on how long he has slept at lunchtime.

He’s growing so big and strong and is really robust. His head control is fully there and we’re now working on rolling and sitting. He can roll front to back but still can’t roll back to front. He can’t sit up yet, but he like to be upright and can sit if I help him to balance. 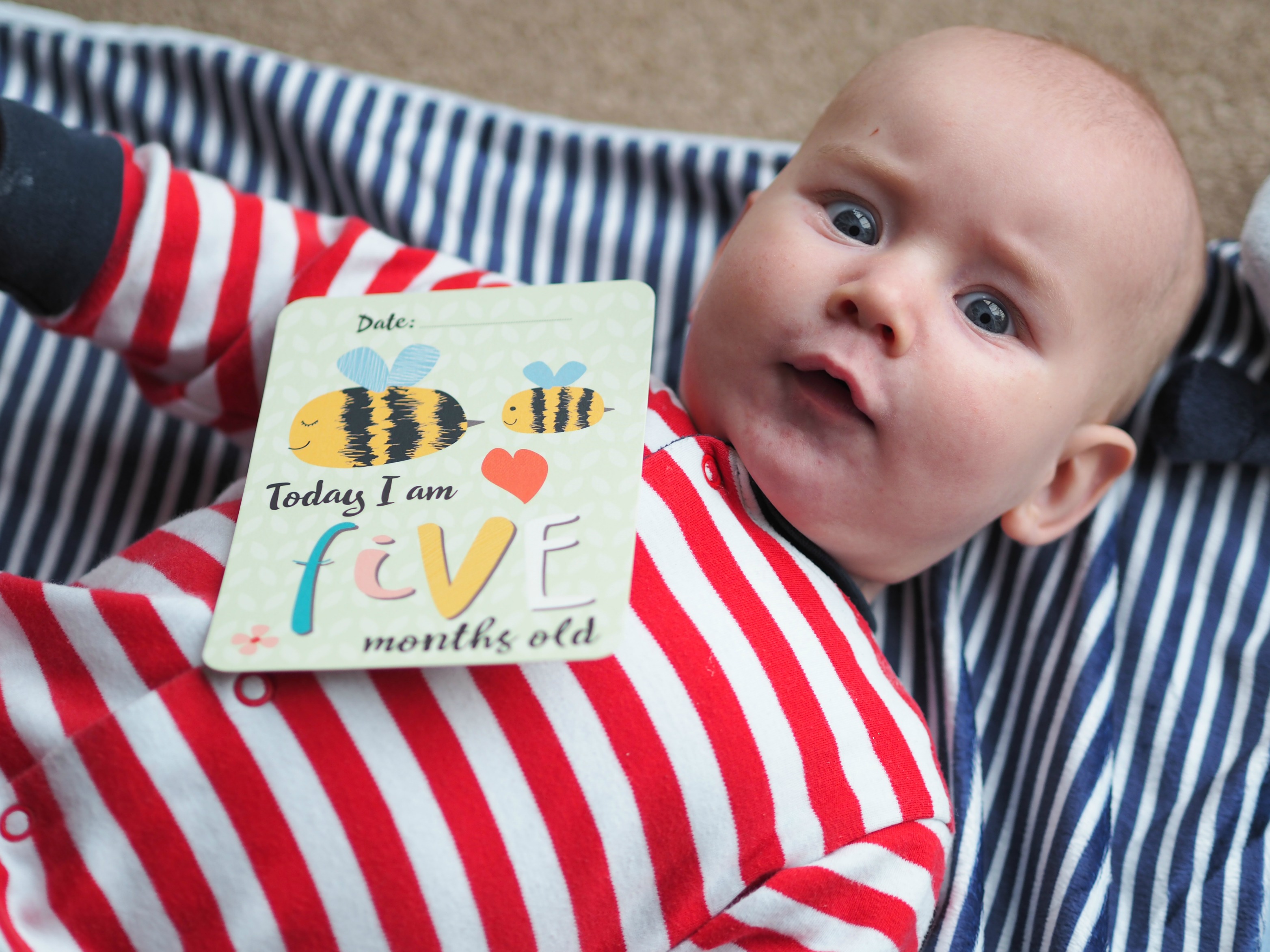 We’re starting to think about weaning now. He’s still breastfed with one bottle given at 10pm. I’ve noticed he has started getting fascinated watching when we eat and with recent news showing that introducing foods to a baby before they’re 6 months can help with allergies, and given his sister is allergic to cow’s milk I think this is something that I want to take seriously. I’ve ordered some new bits for the high chair and this week added some baby porridge and a couple of pouches onto the shop in order to start him off. I did give him a slice of cucumber for gnaw on over the weekend, but I don’t think he was too sure of the flavour. But we’ll try again another day.

Things he’s loving right now, his bouncer chair, his jumperoo and mat time. Putting just about anything in his mouth and covering his face with a blanket or muslin when he goes to sleep (which I promptly go in and remove as soon as he’s down as I don’t like it). Being swung up into the air and having raspberries blown on his tummy. His comforter from Tickla Tots. Attention from his brother and sister and he loves it when they sing and dance for him and having all of his clothes off from his nappy change. Cuddles, lights and reflections particularly on the ceiling.

Things he doesn’t like – loud noises, the dog barking, not being able to roll when he wants to, being left out of things (he’s quite nosey). Strangers looking at him too intently (although he loves a smile) and Mummy shouting at his older siblings.

Bo is still trying out with sounds and talking, I still think I can hear him trying to work out words – the words I think I have heard him trying to say so far are – hello, hi-ya and Logan. I look forward to seeing what the next month brings.