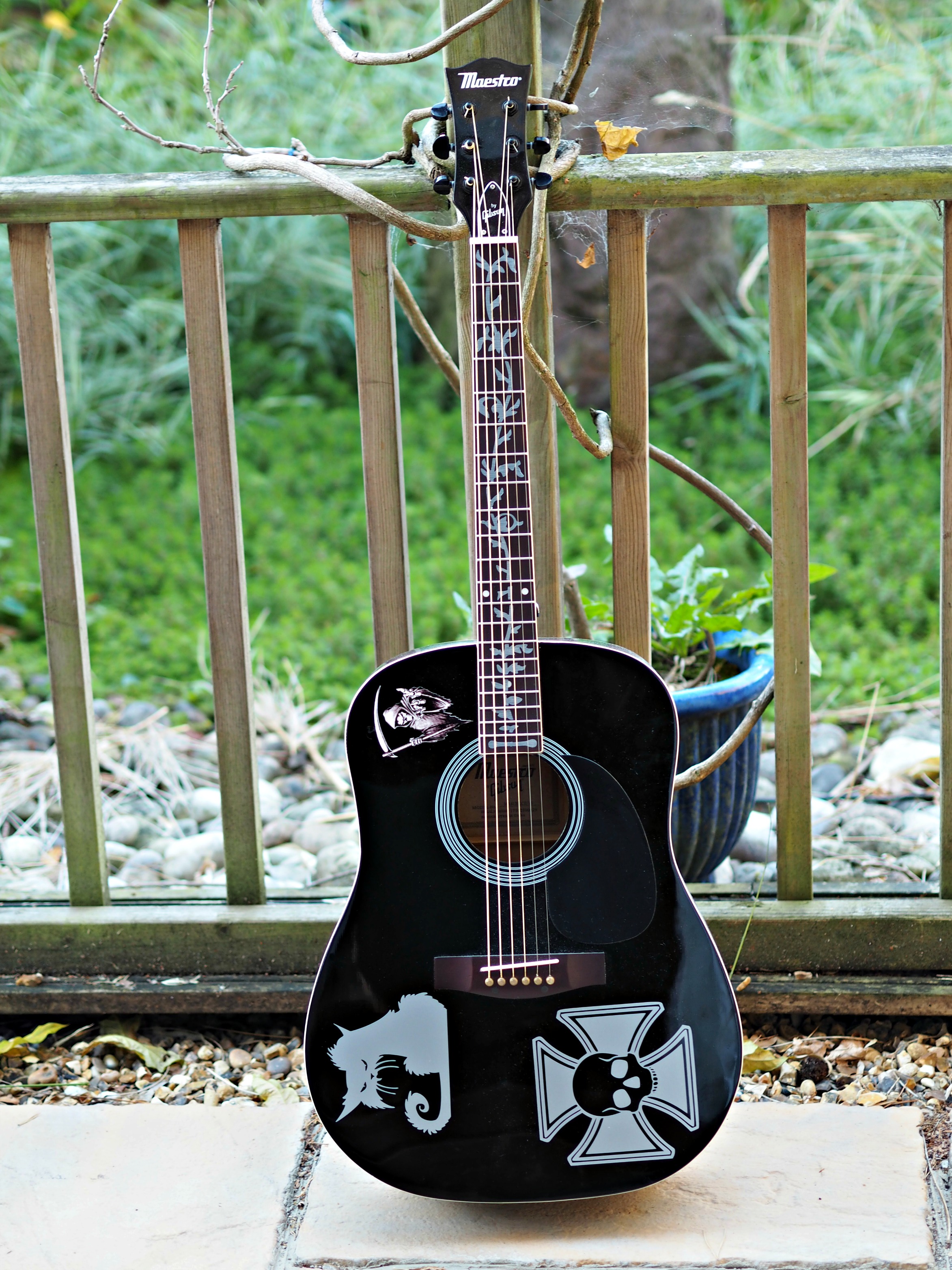 Recently, while on holiday, I found I was missing playing guitar far more than I thought I would. My hernia meant I couldn’t do any of the normal activities I do while away (running, surfing etc) and that sob story, combined with no small amount of nagging eventually gained me clearance to buy the cheapest guitar I could find. My preference with guitars is always to play an electric even without an amp simply because I like the feel of them better, but I thought an acoustic guitar might be a bit of a fun change. I also thought that the higher action and thicker strings of an acoustic would make it a good exercise for finger strength.

In a trice I headed out to Argos to find the very cheapest acoustic guitar they had. I settled on a Maestro, which is a sub-brand of Gibson used to sell via chain stores and into music schools. The guitar is a dreadnaught type finished in a fetching shade of black.

It’s not a great guitar, either to play or to look at but it was fun to use while away. When I was back, however I set about making it as much my own as possible. There are a number of relatively cheap things that can be done to improve both the looks of the guitar and how it plays (within reason) so I thought I’d sketch out what I did. What I ended up with is still not a great guitar but it’s one I do play surprisingly frequently. It’s easy just to pick up and strum on and it’s simple and cheap enough that it can be taken places without needing a gig bag or a hard case. I’d go so far as to say that reasonable dings enhance, rather than detract from, the look of the guitar. 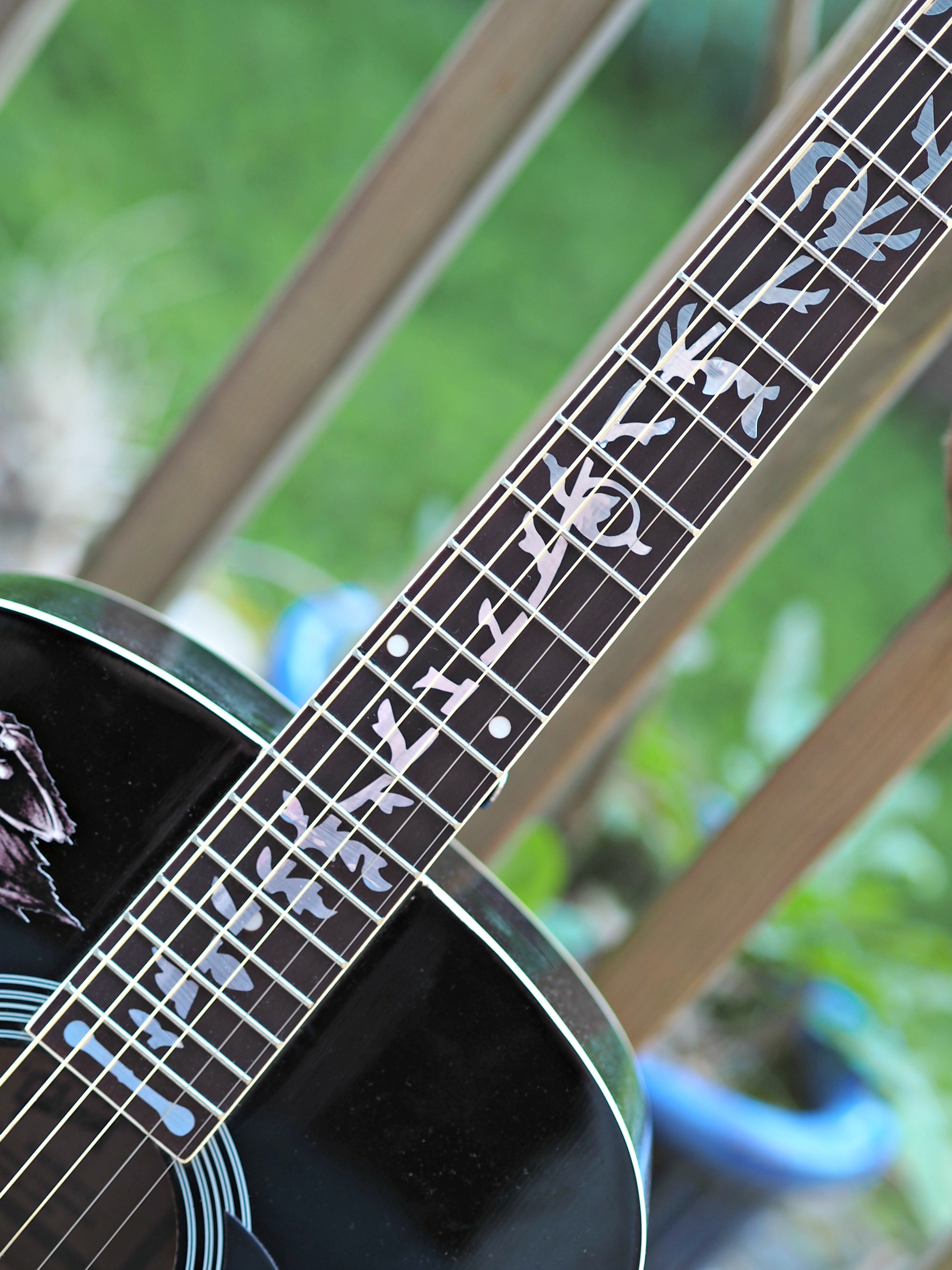 The first thing I did when I got home was to fit new strings. If you do one thing to your own cheap guitar, fit some nice strings. You have to expect a cheap guitar to come with nasty strings, and this did, but you might not be prepared for the difference you can get just by fitting a good set. I chose Elixir Nanoweb strings as they last well and have a special coating that reduces the squeak when your fingers slide. I had read that the coating can mean a slightly duller sound so I went for what are called 80/20 strings. These are 80% copper and 20% zinc and impart a bright ringing tone (as opposed to phosphor bronze which is warmer and darker in sound) which I hoped would counteract the dullness from the Nanoweb coating. Immediately the strings felt slicker and the sound improved a whole lot.

The next step was to turn East and see what my favourite Chinese drop shipper had to offer. I’m not going to spend a ton putting genuine Grover tuners on such a cheap guitar, but there had to be a better option than the nasty tuners that came fitted. Cheap tuners have 2 problems, first, they get loose really easily, second the gear ratio between the peg and the tuner itself is low meaning that fine tuning the guitar is a pain. The original tuners were awful, I was tuning every day and it was, primarily down to the looseness in the tuners. The princely sum of £12 and a few weeks waiting saw some nice 18:1 geared tuners on my doormat. An extra bonus was that they are black, which I think looks much better with the black body and fretboard of the guitar. The tuners are even locking tuners so string changes are super painless. Big score! 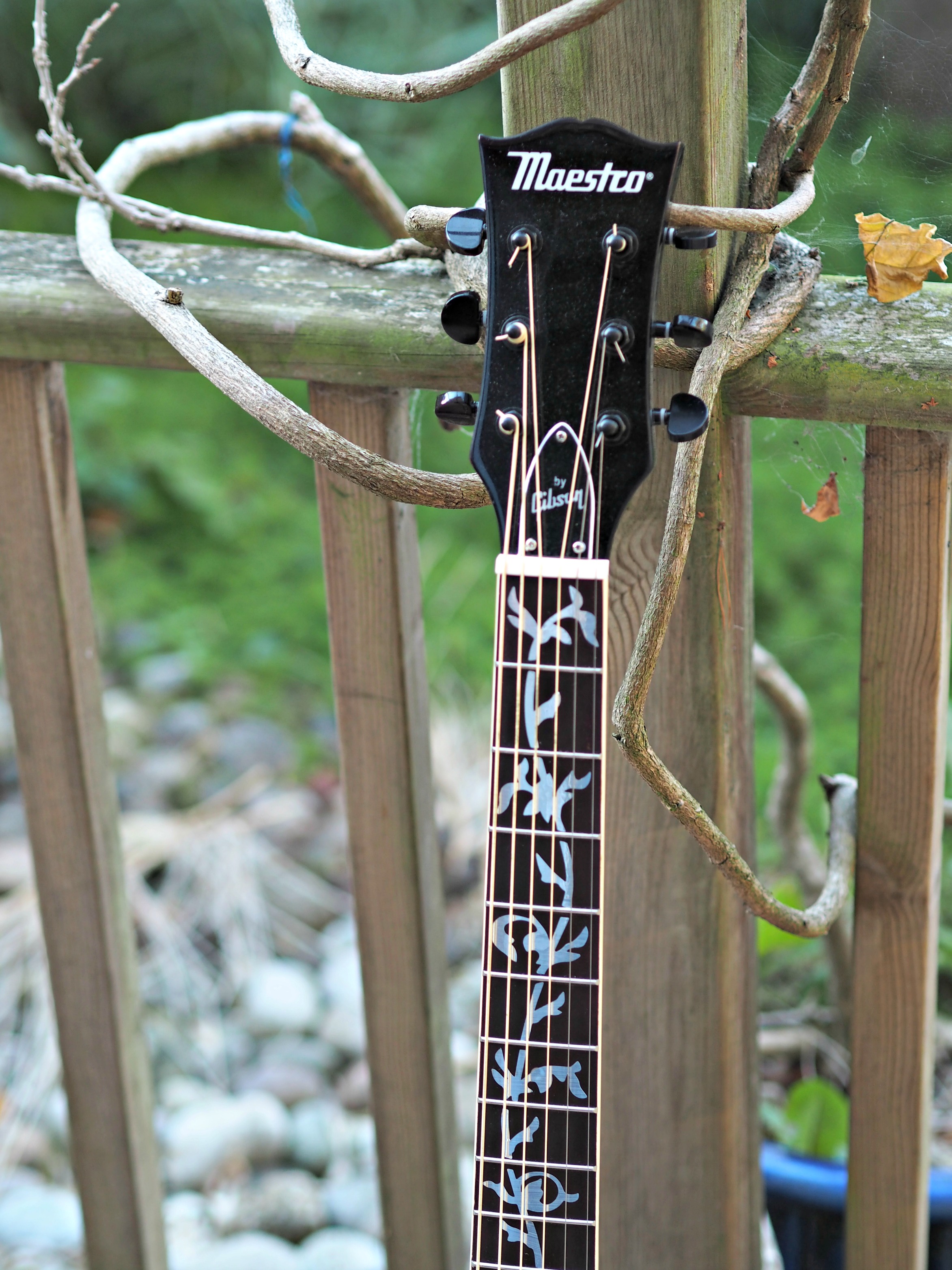 While perusing the Chinese sites I also came across some nice brass bridge pins for £2. The original bridge pins were a dull looking plastic and unlikely to be doing much for the sustain of the guitar. Not being born yesterday, I don’t think for a minute that the pins I got are full brass, they’re chinese pot metal, but they look nice and enhance the ringing quality of the guitar yet more.

The final thing I did for playability was to get some cheap luthiers tools in case the frets needed dressing at all. In truth, it’s not the nicest fretboard but I didn’t find I had to use any of my tools to level the frets.

What I didn’t do was to try and adjust the action. Yes, it would be nice if the action were lower but I’m still not at a stage where I’m prepared to adjust the truss rod on even a cheap guitar, so I left the nut, bridge and truss rod well alone. 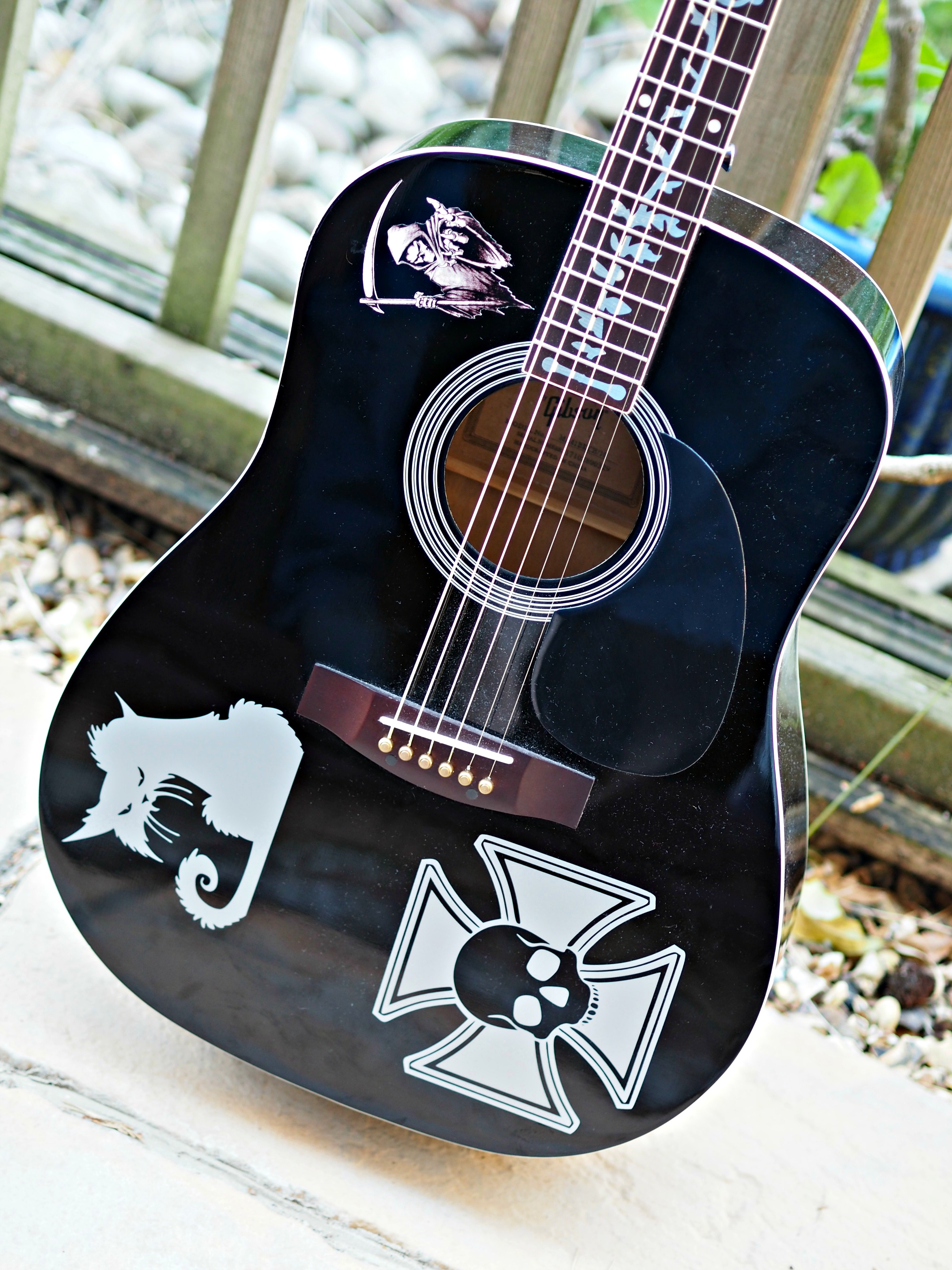 The last thing to tackle was aesthetics, and I freely admit this is a matter of taste. Off I went to eBay and found myself a number of silver decals to put onto he body of the guitar to make it look more to my taste. Quite honestly I think it looks the business. My favourite aesthetic addition is a vine decal running up the fretboard, I’ve always had a thing for the birds on the fretboard of PRS guitars and this reminded me of that look in a way. You may argue it’s cheesy but for less than £100 and an afternoon of fiddling I have a guitar that I find pleasing both aurally and aesthetically, so in my book, that’s a big win.