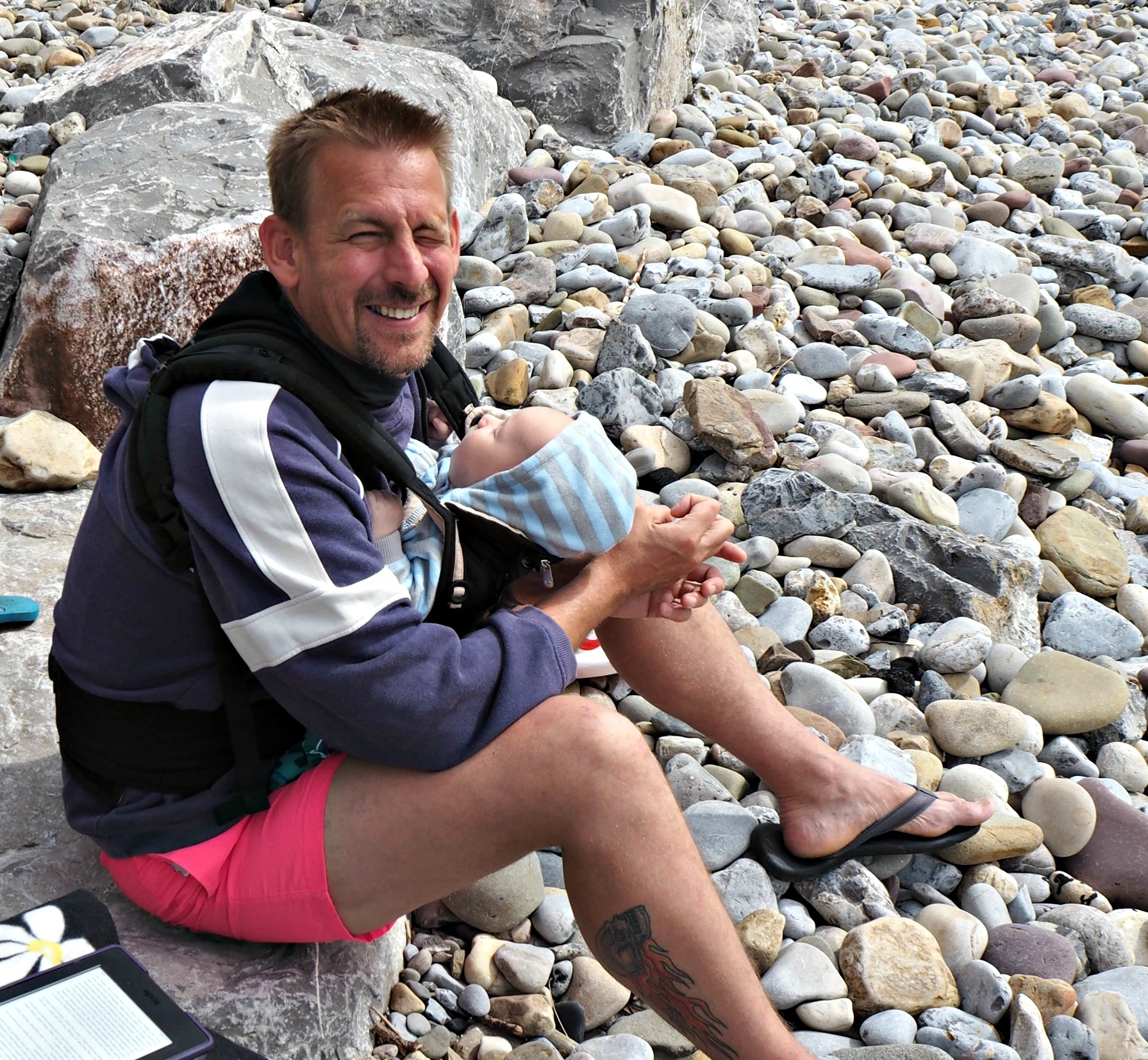 Becoming a Father again at 40

As soon as we had our first son, Logan, my wife and I knew that we wanted more children. Logan is a massive source of joy in our life and we knew that if we could, we would like more than one. A lot of couples tend to aim for two children and so when our daughter came along, we were overjoyed, we had ‘one of each’ and a perfect little family. I think we both surprised ourselves when we discussed further children and found that we’d both like one more child. It took a long time for Bo, our third child and second son, to come along. Secretly, though we had not talked about it, my wife and I had both thought that perhaps we might have missed our window. Neither of us were sad about this as we’re blessed with a beautiful son and daughter but by the same token we weren’t ready to deal with the finality of getting rid of the baby stuff from the loft. I don’t know quite what clicked, but last year we were overjoyed to learn about Bo’s arrival.

Initially I had a lot of fear around becoming a father at 40. I know that people have been parents far later into life and more power to them, but I was not sure if I had the energy. I only have to look at pictures of me when Logan was a baby to see how much I have aged in the 6 (nearly 7) years since he arrived. I have no complaints, each line is a record of time spent laughing with him or smiling as we play together, but its also fair to say being a parent is hard. Would I have that energy now that I am older?

The answer is, yes and no. I have to work harder to have the energy. When I was younger, energy was just a given and sleepless nights, while never good, weren’t that bad. Now I am older I do have to be more considered. I need to make sure I eat well, don’t carry too much weight and, most important, that I get the rest when it’s available. If we have a tough night with Bo, then that does mean that Florence may not get a walk in the morning, sometimes I even take a lie in if it’s offered (I’m not usually one for lie-ins). Mad challenges around running a thousand miles in a year are not on the cards this year and I am glad about that.

What I did not realise though was that as my body has aged, so my mind has grown as well. Logan and Aria were both totally new experiences. I had to learn so much to look after them but with Bo, I have that experience to draw on and so the whole process is much more comfortable. By nature I am not a physically affectionate person and I had to learn how to do this when our children came, initially that was very hard but now it’s natural for me to hug Bo or stroke his head as he sleeps. All the things I found difficult with our first two children, sometimes insurmountable seem to flow much easily. I know now why grandparents say the experience is so wonderful. Parenting, without the feeling of being constantly in the middle of a maelstrom, is a beautiful experience.

I can’t say whether it’s always going to be like this. Bo is only 3 months old and so he has plenty of time and opportunity to throw some curve balls our way but right now what I can say is that this is the most comfortable and natural I have ever felt as a parent. Obviously I wish I had the vigour I had in my early thirties (who doesn’t?) but I wouldn’t swap that energy for this contentment, not for all the tea in China.