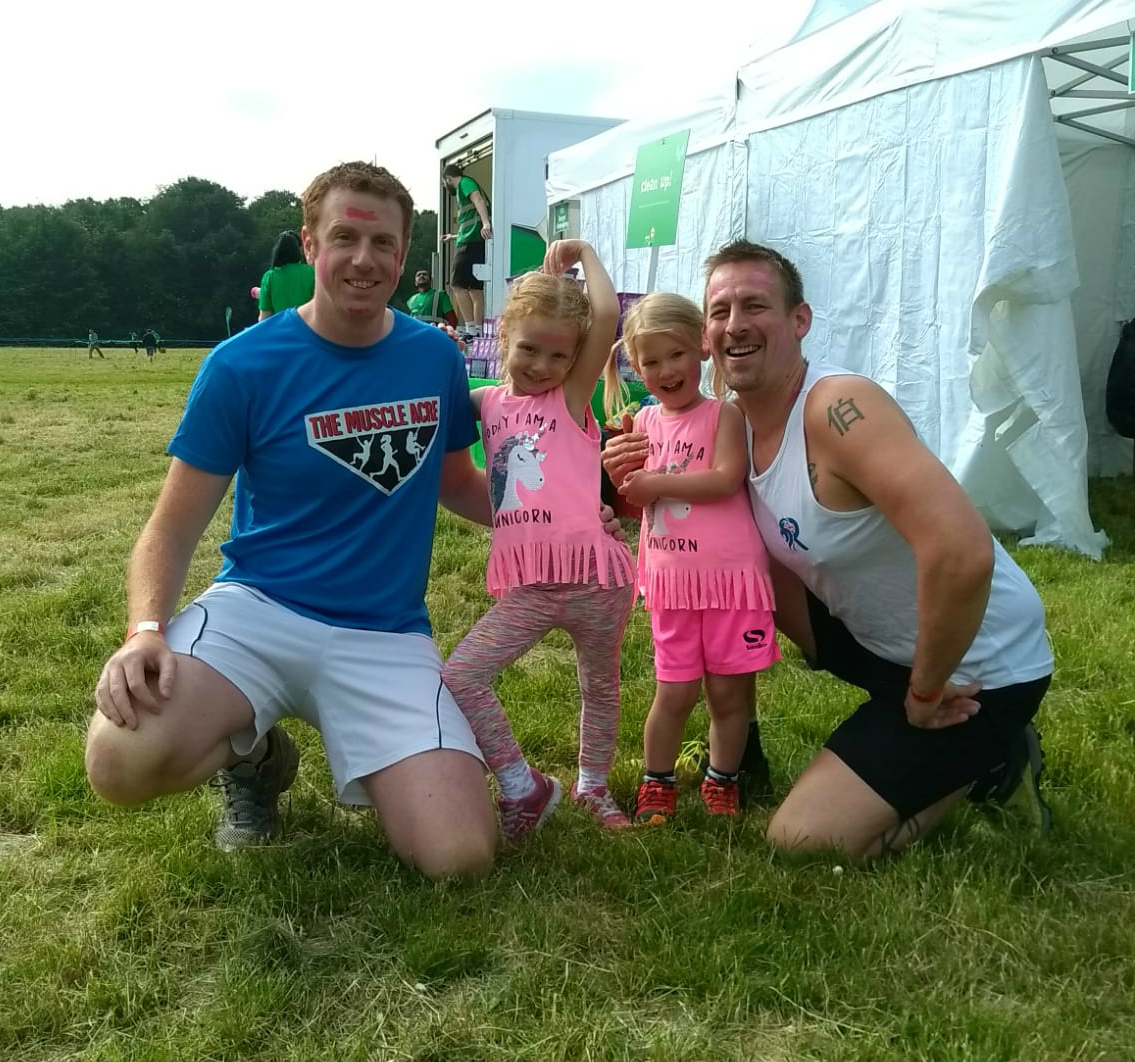 It only seems a little while ago that I was taking my eldest son, Logan for his first obstacle race and yet still, I find myself writing a review for Aria’s first run. In truth I was not sure Aria would be that interested in OCR but when bestie Ruby signed up for the NSPCC Messathon, it was a foregone conclusion. The idea of the Messathon is that it’s an obstacle run (not race) aimed at younger children and their parents to have fun, get messy and raise some money for the NSPCC and so, Team Unicorn was born. 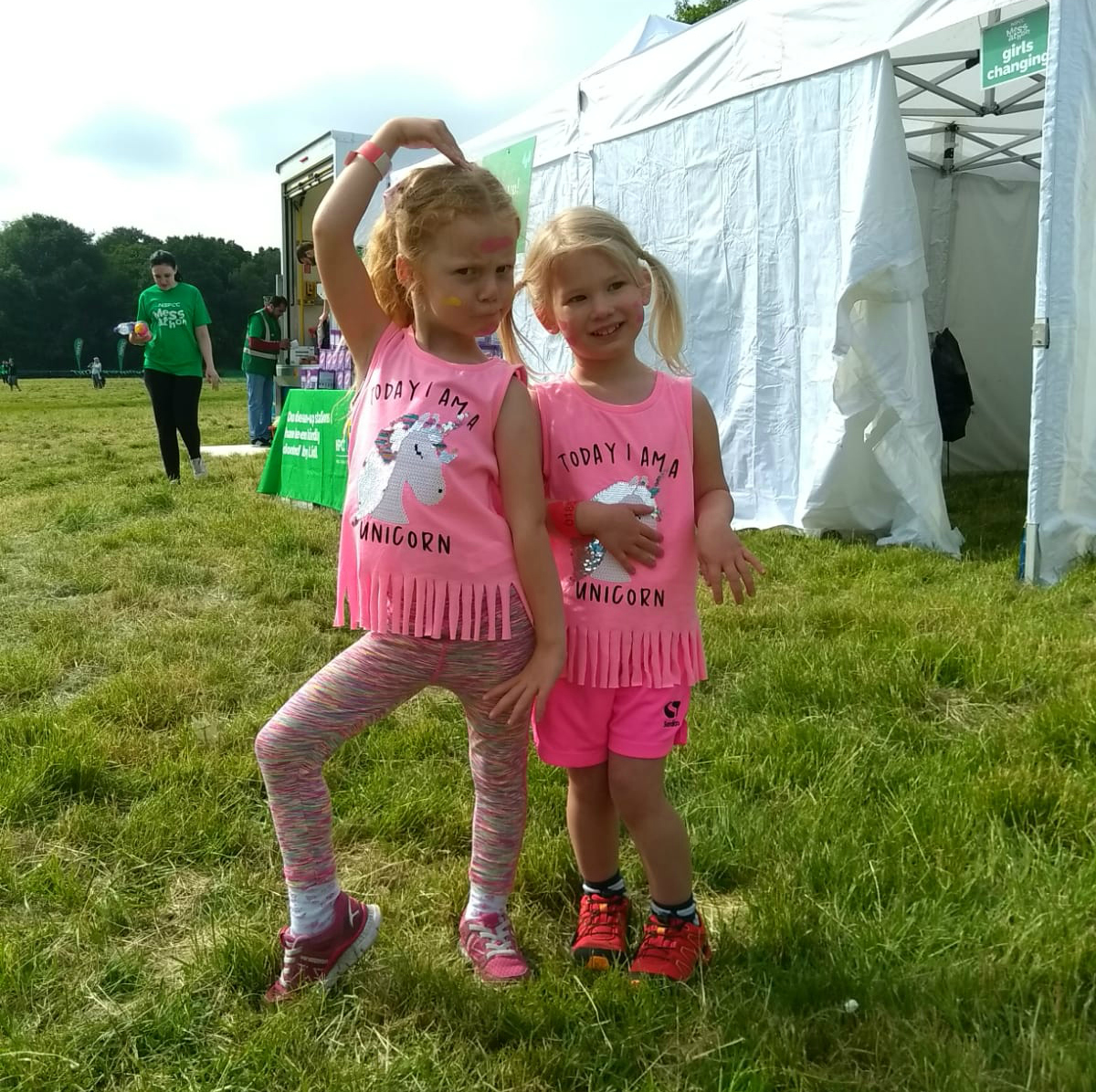 We were blessed with lovely sunny weather when we turned up in our pink T shirts at local park Frimley Lodge, which was a good thing because Aria and Ruby were only just old enough to enter and so would have felt the cold. The course was laid out across a relatively small area as you’d expect and consisted of obstacles with an obvious focus on being achievable for smaller children. I was glad about this. In entering Logan for his first race too young and putting him into obstacles designed for older children I put Logan off racing for a while. I was pleased to see Aria’s first experience was one she’d be more than capable of pulling off. 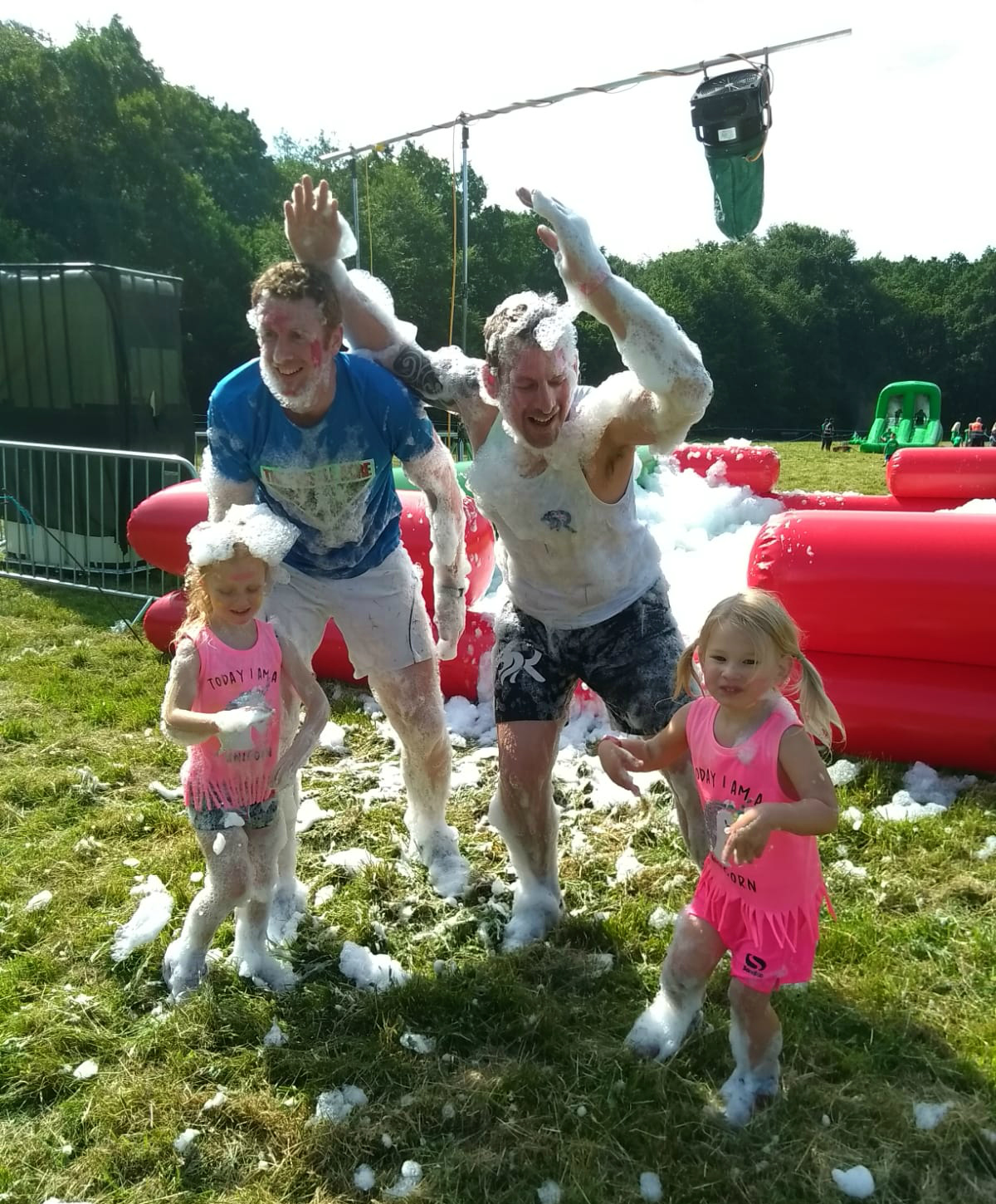 Some obstacles were standard wooden ones (small A frames, a rope swing) whereas others were inflatable (some fun slides and foam pools) but all of them were easily achievable and not frightening to even smaller children. I liked that and it was clear that Aria did too. I was a little worried when she went down the slide into water, I could see it was chest height, but as soon as she turned I could see she was beaming and laughing.

The race village was pretty good with a lot of toilets (super important) and a good selection of food. It was also nice that Lidl had sponsored the event and were giving out free samples of washing powder and wet wipes for people to get cleaned up. 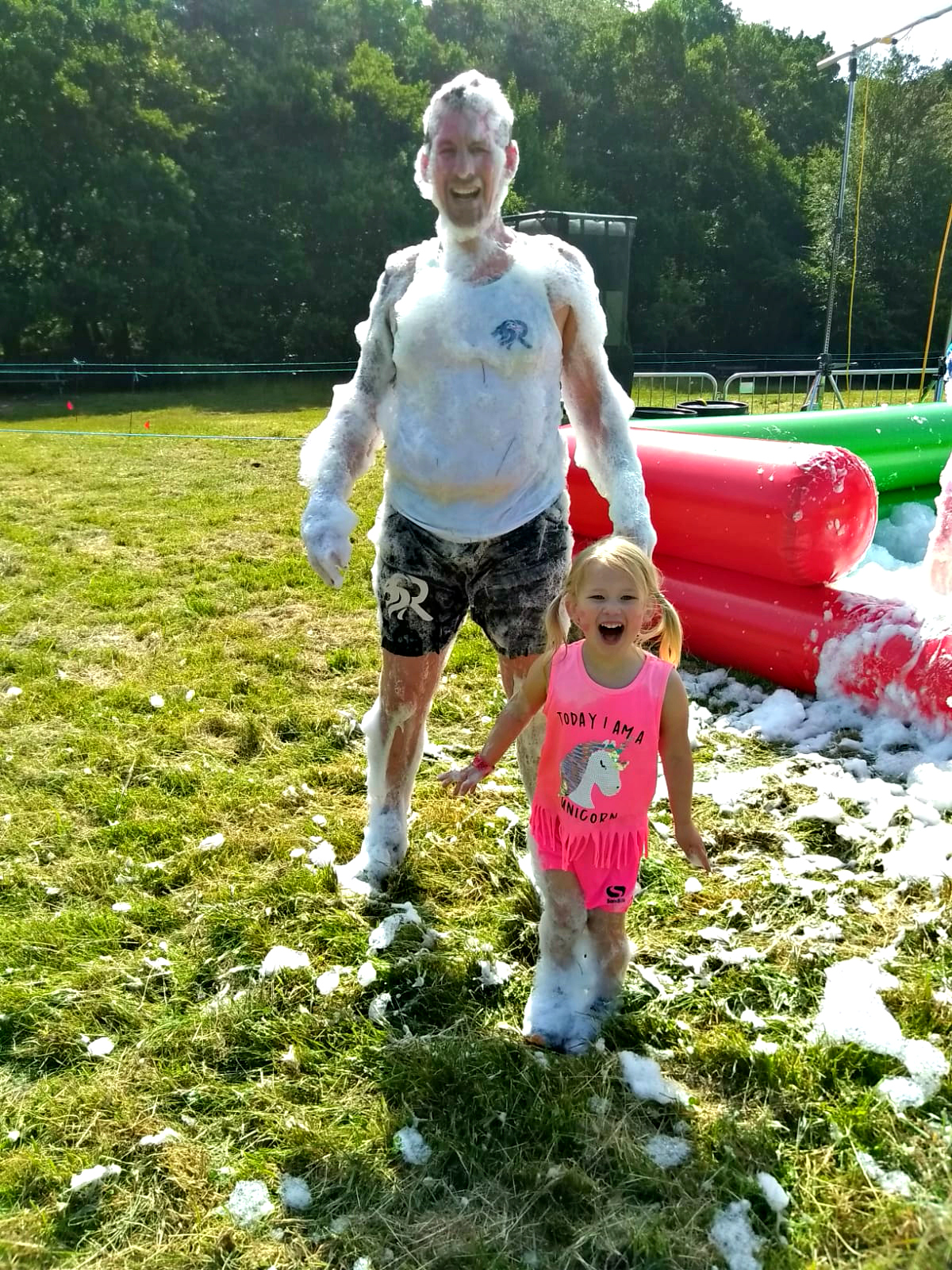 If I had to pick fault with the Messathon all I would says is that it could have done with a more experienced Race Director. Nothing was terrible but there were a couple of things that an experienced RD would have clocked that could have been better. The start waves were done based on time, which could be chosen when you booked. The waves themselves were quite large and so we had a really fun warm up and then the kids were sent off in groups of 5 or so. It’s obvious that this was done so that there wasn’t crowding at the obstacles but because the waves were big and let out in dribs and drabs, it took an awful long time for us to actually get out on the course. We were last to go out as our kids were smallest, and that makes sense, but by the time we went, all of the excitement and the energy of the warm up had long since dissipated. Aria and I actually went out of the start area to go to the toilet between the warm up and getting out on the course. I think a potential solution might have been smaller waves and a warm up area separate to the race start. Another small glitch was with the route. We had a super fun slide into water and then a splash through a foam pit which was great fun and got us soaking. The next stage of the route though took us through a wooded section, so without the sun the kids got cold. It’s not a huge deal but it’s the sort of thing a good RD would have picked up on. 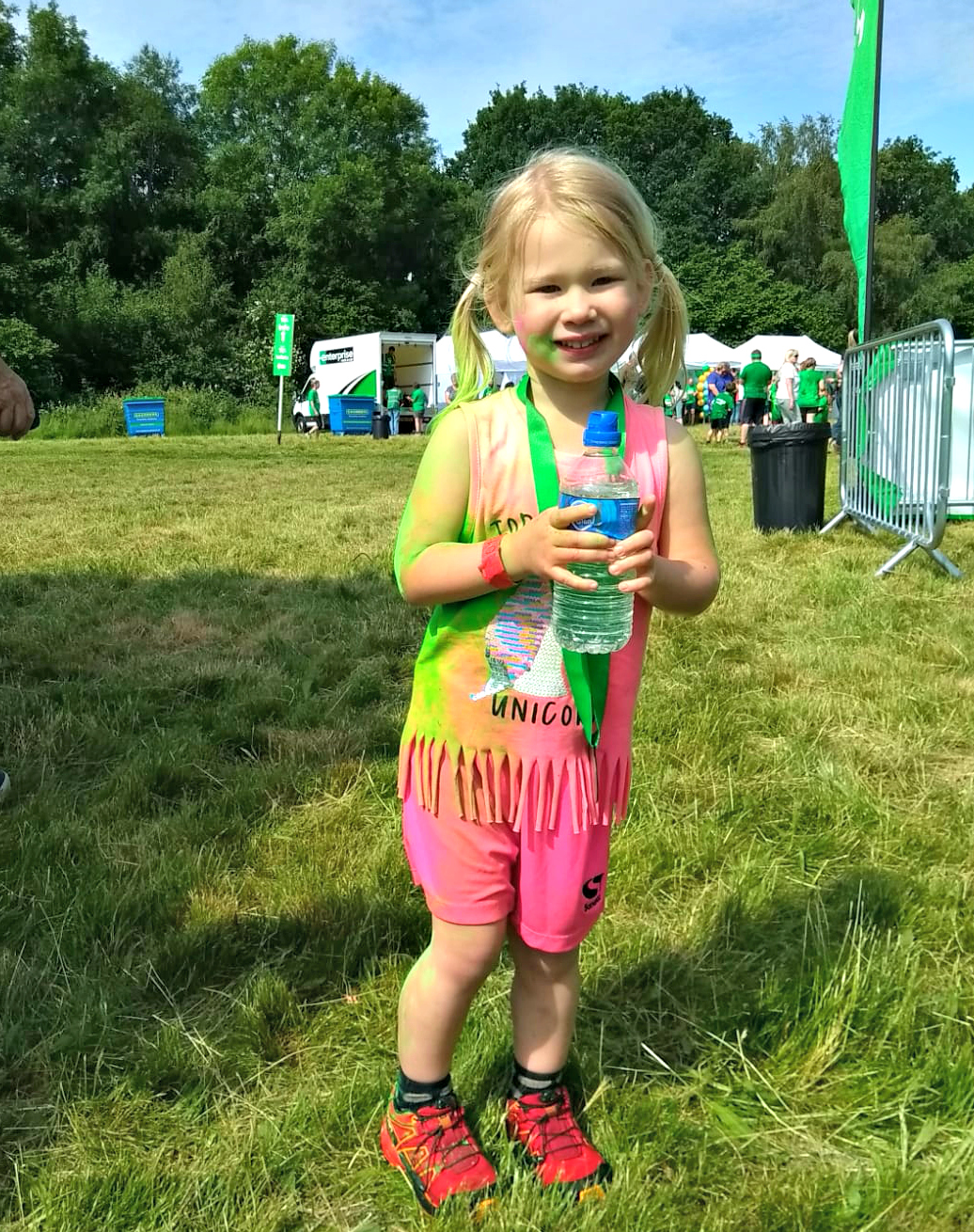 That being said I am sure that there would be lots of local Race Directors only too happy to help the NSPCC out next year.

Overall though, these are really small things. The Messathon is a great first obstacle run with a lovely family atmosphere that Aria and Logan (who spectated) enjoyed a lot. I think this is one we’ll be doing next year for sure. 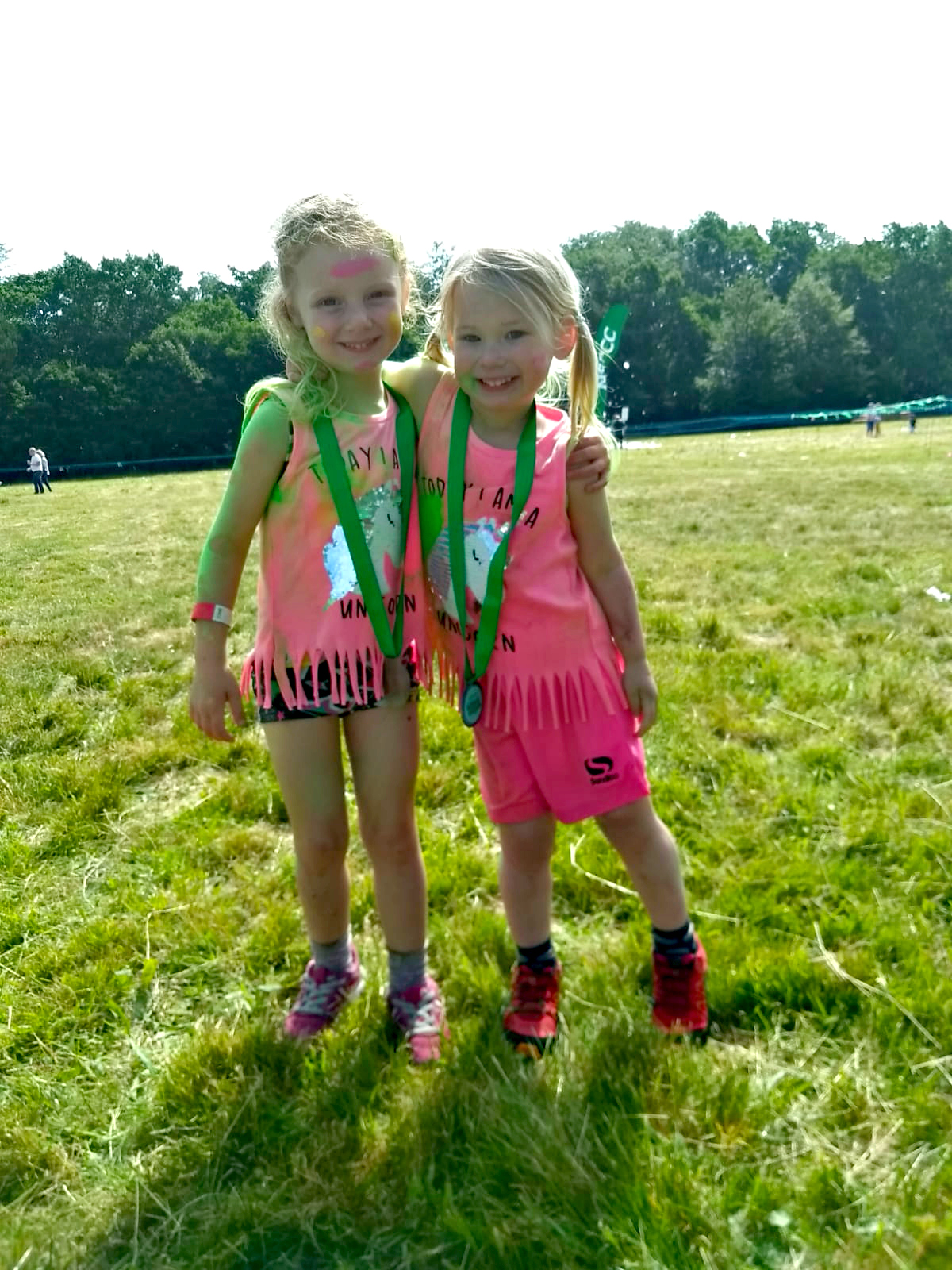